We’re not sure if you’ve heard, but Disney’s Hollywood Studios is a pretty in-demand park. 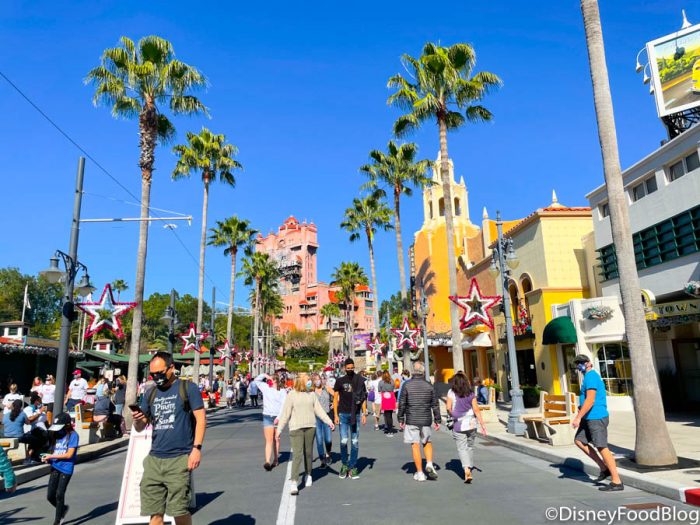 Between Star Wars: Rise of the Resistance and Mickey and Minnie’s Runaway Railway, lots of folks are headed to this park each day. Today, there are NO Disney Park Passes available for the park and, with the return of park hopping, Hollywood Studios is drawing the crowds. See for yourself!

Let’s start with an undeniably high-demand area of the park, it’s Star Wars: Galaxy’s Edge! This area had a lot of folks moving through, which is typical since the reopening. We spotted that Millennium Falcon: Smugglers Run had a wait of 80 minutes when we passed this morning. 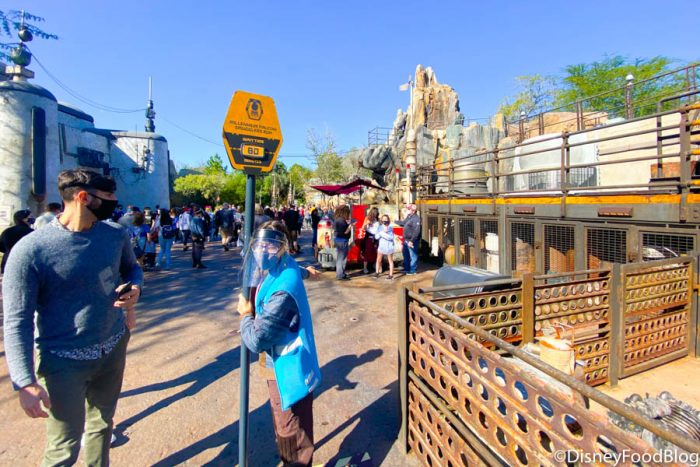 Social distancing was still pretty easy in the wider areas of the land thanks to the overall capacity limitations of the park, but you’d hardly call it a slow day. 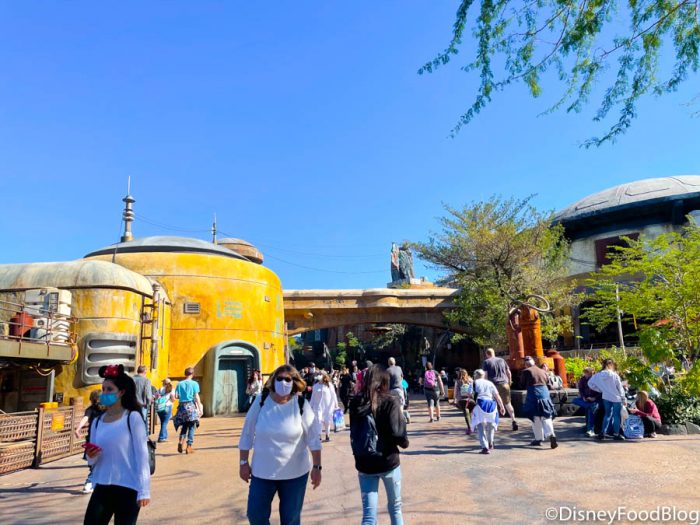 Lines stretching out along the side of the pathways can create pinch points too. 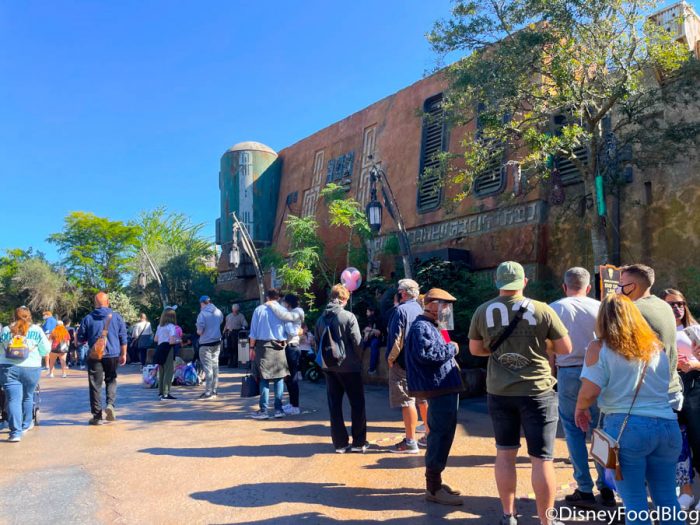 Just outside Galaxy’s Edge, you can see pretty substantial crowds as folks make their way around the park. 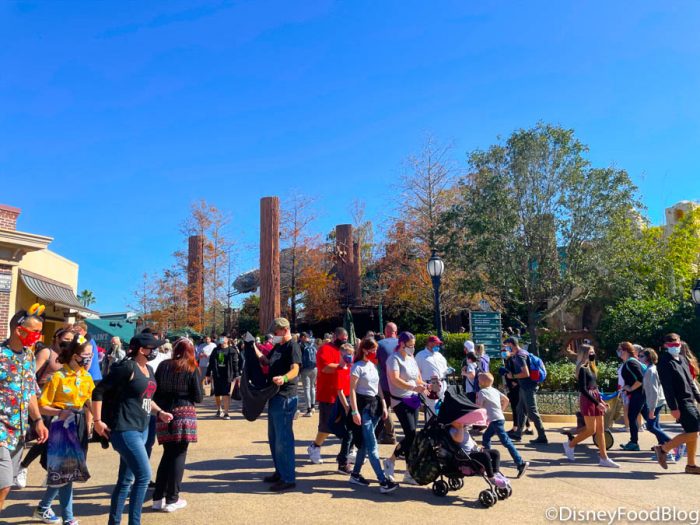 Say hi to Miss Piggy with us as we head onward to Muppets Courtyard!

The BIGGEST pinch point we noticed was outside of ABC Commissary. This narrow path was filled with people placing orders for meals on their phones with Mobile Order, waiting on their Mobile Orders, or just trying to pass through. 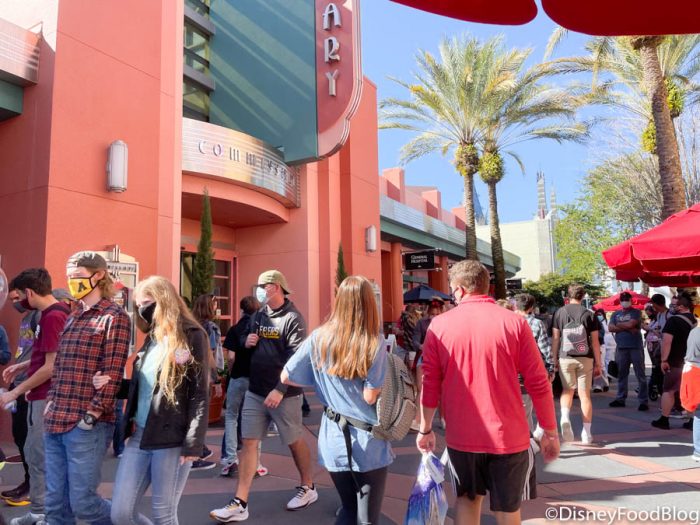 Toy Story Land is pretty poppin’ as well. You really have to be paying attention as you walk through here to keep six feet away from other guests. 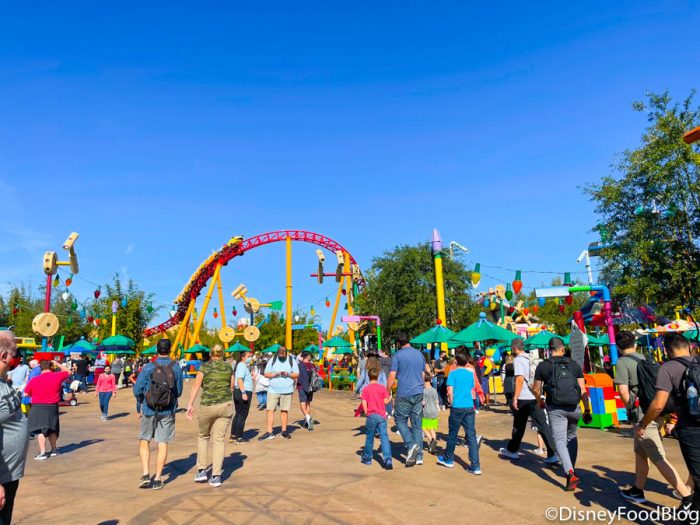 Slinky Dog Dash had a 60-minute wait when we passed! 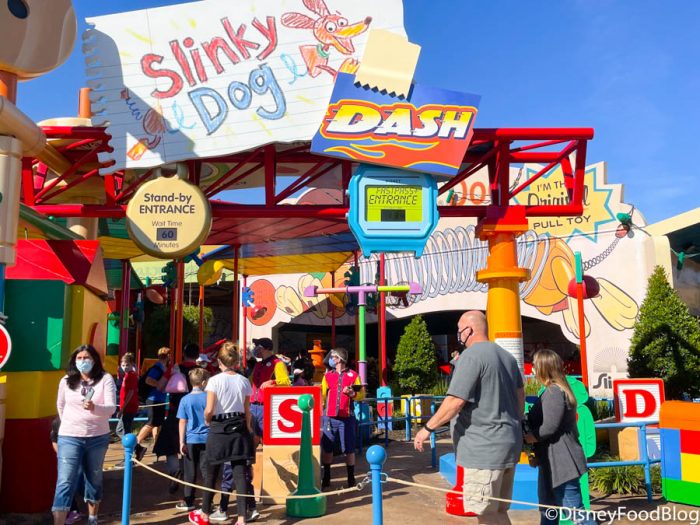 We get it, it’s pretty fun to ride around in Slink. We feel ya — we love it too!

Back towards the front of the park, we noticed that Mickey and Minnie’s Runaway Railway had a wait of 50 minutes. This ride has a pretty high capacity, so it’s able to keep a relatively low wait despite being a newer attraction. 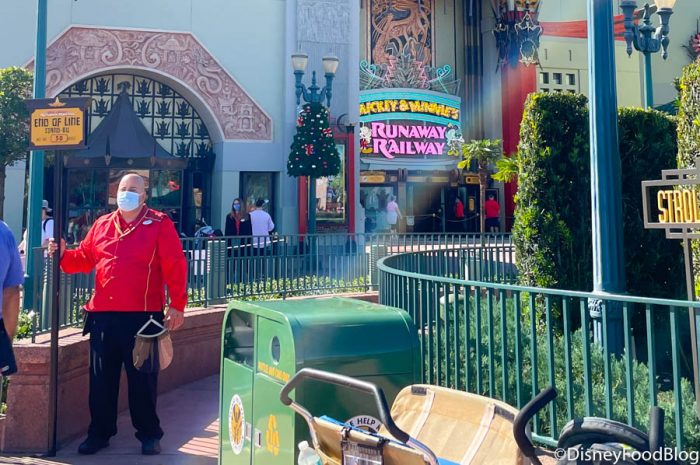 Here’s a glance down Sunset Boulevard!

You’ve got some elbow room, but as you start to run into the lines of Tower of Terror and Rock ‘n’ Roller Coaster, things start to get a little tighter. 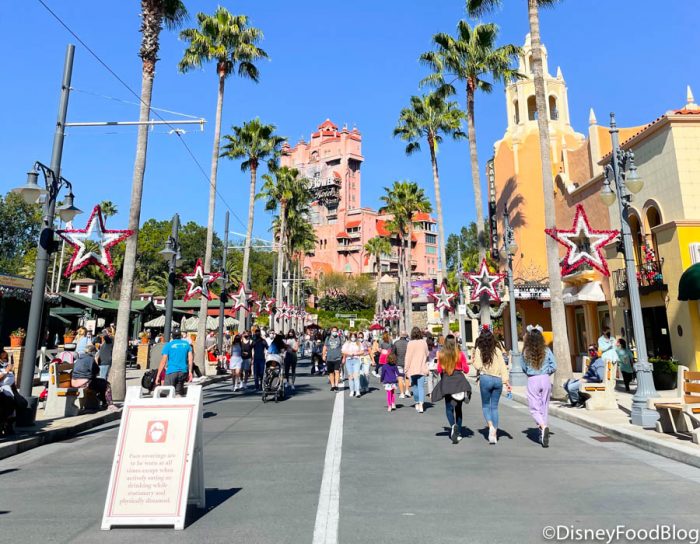 We did notice the path in front of the Echo Lake restaurants was fairly empty. 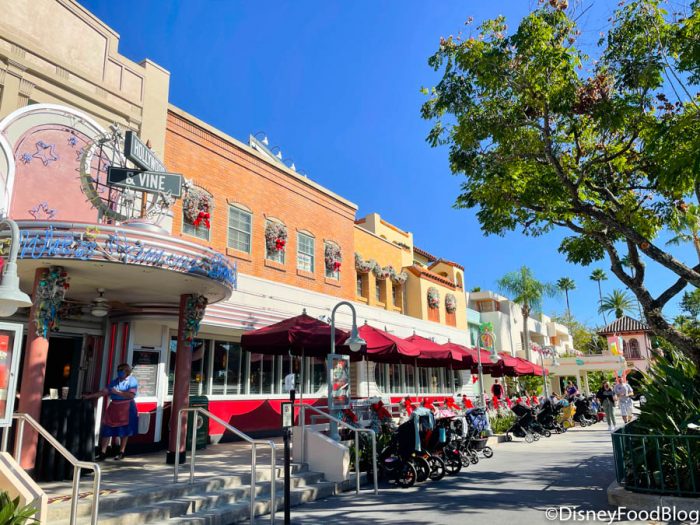 One weird thing we noticed — a few Star Wars: Galaxy’s Edge Photopass photographers (the lady in purple here) were standing out in Hollywood Boulevard! Usually, these galactic denizens stay over on Batuu. 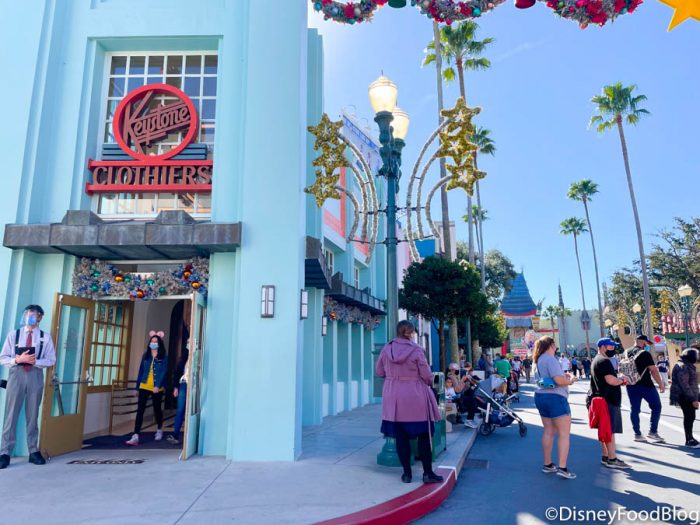 Sure, you can find some empty spaces in Hollywood Studios today but it is still BUSY! As always, we’ll be bringing you all of the latest news from Disney World! Stay tuned!

Click here to check out which fan-favorite attraction reopened today!

Are you in Disney’s Hollywood Studios this week? Tell us in the comments!

« NEWS: Disney Releases the Date for Its Next Quarterly Earnings Call
REVIEW: We Tried a Surprisingly Not-So-Sweet NEW Starbucks Drink in Disney World! »