Disneyland might still be closed, but that doesn’t mean we can’t get our Disney snack-on somewhere else! 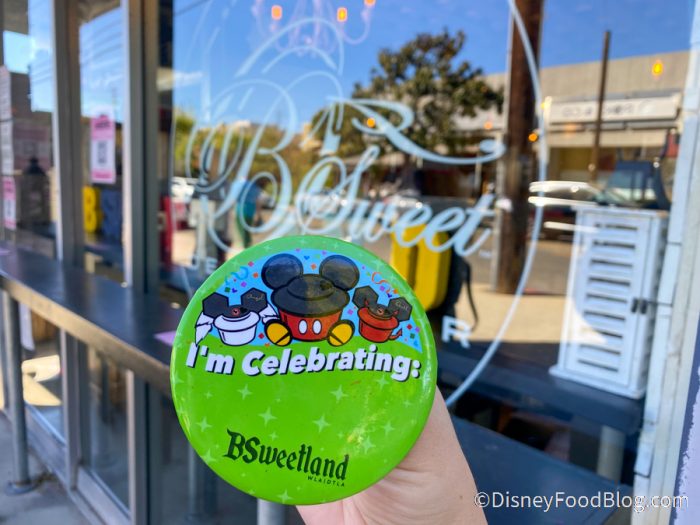 We decided to head over to B Sweet in Los Angeles to try out some new Disney-inspired treats there. This is one bakery that seems to love Disney desserts as much as we do!

The cool thing is that B Sweet has really embraced the Disney aesthetic because when we arrived, y’all, the shop was blasting the Disneyland loop music and tunes from Fantasmic. We’re not crying, you are!

We’re at @mybsweet today in West LA to get some of their Disneyland themed treats! pic.twitter.com/hOIMStKzSP

But we’re here for the desserts, so we started with the one Disneyland staple that we can’t live without — CHURROS. 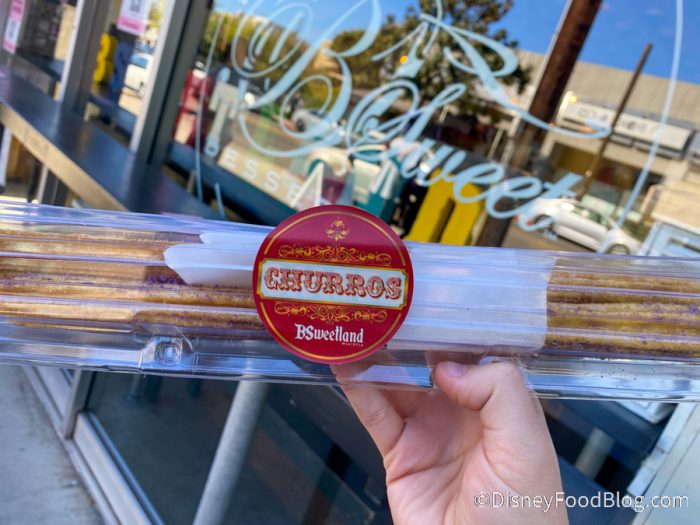 Churros! But seriously, can we just mention how awesome this packaging is?

Okay, so these churros were just…well, churros. Which means they were good, but nothing special. They aren’t quite as good as the Disneyland ones, but they did remind us of them. They’re two for $6, so not a bad deal either! 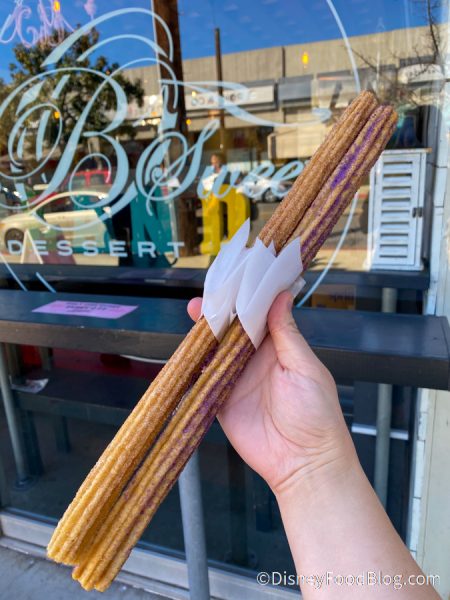 Next up was something we were SUPER excited about — the Dole Whip Cheesecake. Honestly, though, we were a little nervous — because how could you capture that flavor in a cheesecake? But you know what? This $8 dessert surprised us!

This cheesecake tastes EXACTLY like Dole Whip, and we’re not sure what kind of dark magic is at work here, but we approve. The crust is also super crumbly and worked well with the cheesecake. Considering we haven’t had a Dole Whip at Disneyland in FOREVER, this dessert made us feel like we did the first time we tasted that pineapple goodness. 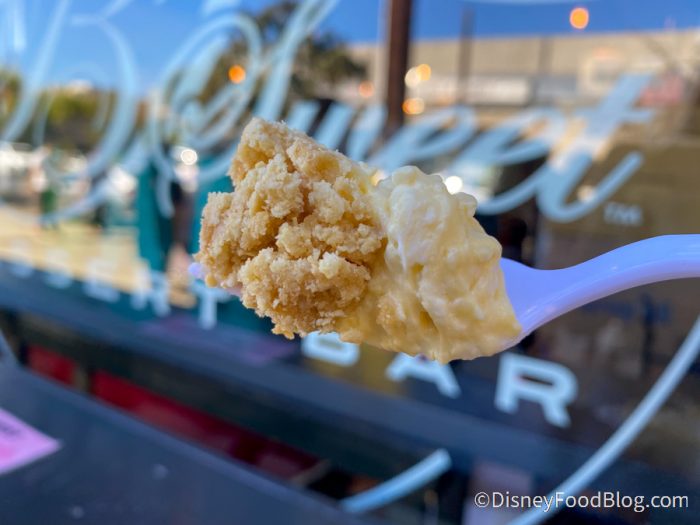 One yummy bite after another

Next we tried the Grey Stuff Cake, which is $7. It’s cookies and cream frosting over a red velvet cupcake on top of a sugar cookie, which makes it very similar to the Grey Stuff we get at Disneyland. But, um…we have a confession, and you have to swear not to tell Disneyland — we actually like this version better!

The grey stuff itself is SO creamy and nails that cookies and cream flavor we love about the original. And the cake held a surprise — there was a raspberry inside, just like the Disneyland version. The cookie was also fresh and added the perfect amount of sweetness to the dessert as a whole. 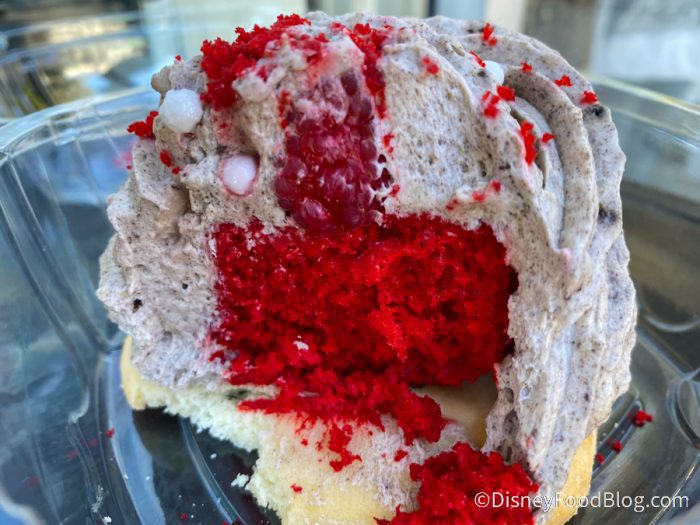 Finally, we had to get a Mint Julep for $6, which is a CLASSIC Disneyland drink. The bottle says to serve over ice, but we couldn’t wait until we got home, so we drank it straight from the bottle. It was refreshing, just like a Mint Julep should be, and again, we were almost in tears because it’s been so long since we’ve had one at Disneyland. 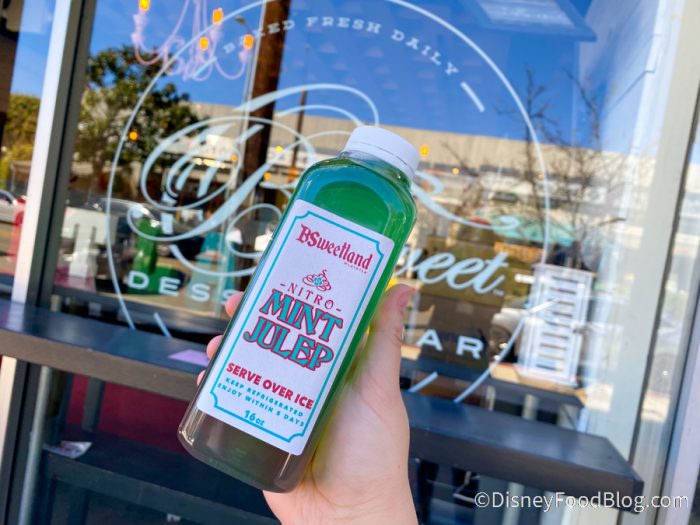 Our first Mint Julep in a year, y’all

So maybe nostalgia just has us loving everything here, but we don’t care. We got to relive our favorite Disneyland snacks for the first time in over a year. So if you’re a Disney fan in the Los Angeles area, you can hit up B Sweet to get your Disney food fix.

Have you been to B Sweet? Let us know in the comments!

« We’ve Got Construction Updates From Disney’s Polynesian Village Resort!
REVIEW: Other Disney World Bars Need to Get On This Level »