Well, friends, we made it: Disneyland is finally OPEN! 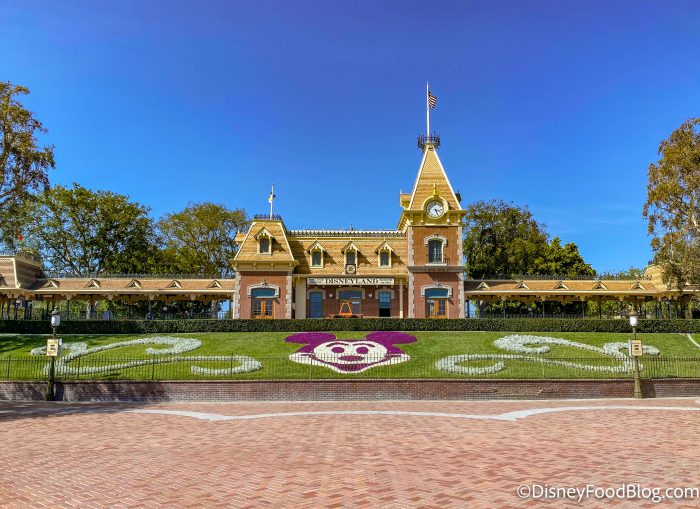 As excited as we are to be back in the parks, unfortunately, not every ride is reopening with Disneyland this weekend.

Like we reported back at the beginning of April, even with the park reopen, Jungle Cruise still remains closed in Disneyland. (But stick with us, because there’s a little more to the story to come…) 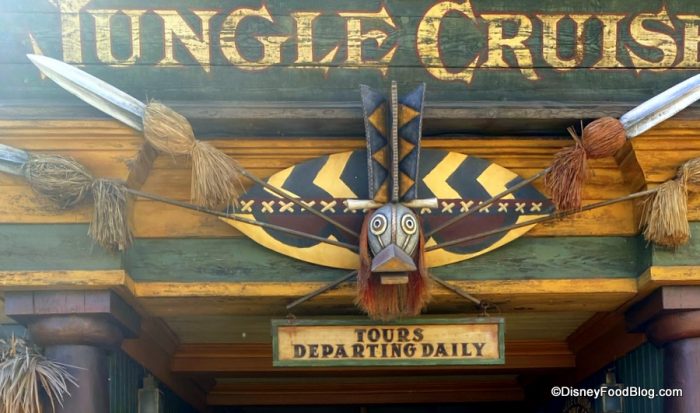 Tours Departing Daily (But Not Today…)

This is due, of course, to a historic retheming of the ride that is occurring for the Jungle Cruise rides on both coasts! 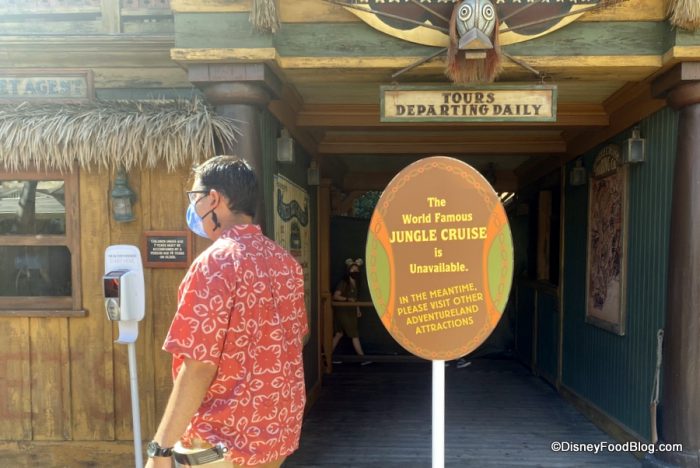 The ride in Disney World‘s Magic Kingdom elected not to close as the ride changes are being put into place even now, and it has been strange to ride and find things missing from day to day! But since the attraction was already closed in Disneyland due to the park closure, the decision was made to keep it closed until the retheming was complete. 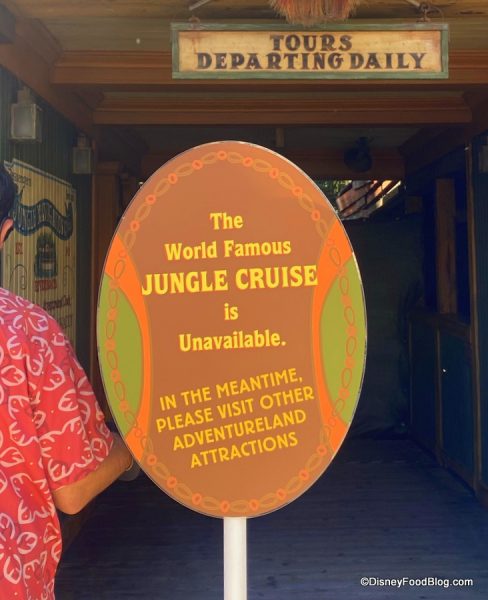 That said, we have a recent update, ICYMI! Just yesterday, Disneyland President Ken Potrock shared that Disneyland’s Jungle Cruise will reopen this summer! He also explained that the ride will reopen with some necessary changes, including a newly enhanced story revolving around those World Famous Jungle Cruise Skippers!

As a reminder, the Jungle Cruise is currently off of Disneyland’s refurbishment calendar starting June 29th. Keep in mind, though, that Disney has not confirmed that this is the reopening date. The only thing confirmed at this time is that the changes will debut sometime “this summer.” We’ll be sure to keep an eye out for any developments about the Jungle Cruise, and we’ll definitely let you know as soon as you can cruise once again with the Skippers in Disneyland!

While we’re waiting for the full reveal, here’s what we know about the Jungle Cruise re-theme!

What are you most looking forward to in the Jungle Cruise retheme? Let us know in the comments!