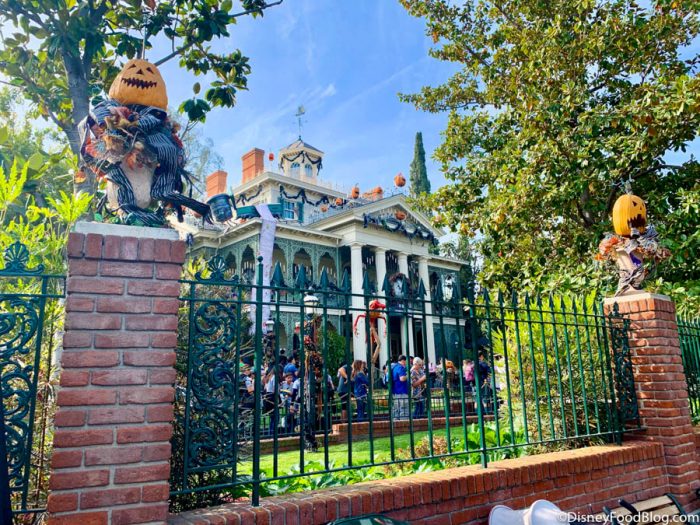 Quite a few things have changed at the park since the last time we visited, and quite a few changes have been made over at one of the park’s most classic attractions — Haunted Mansion! A hauntingly wonderful portrait has reappeared, the spirits have done some landscaping, and MORE new items have materialized. So, just how different does this ride look now? We’ve got ALL the spooktacular details!

Haunted Mansion closed for refurbishment in early 2020, and shortly thereafter the parks closed due to COVID-19. It seems that during these months, the ghosts decided to watch some remodeling shows and have been sprucing up the Mansion! Just a few weeks ago, Disney shared a look at some of the changes that have been made to the ride, but today we finally got to see it all in person! Let’s see what’s changed at this beloved ride.

On the outside of the Mansion, quite a few changes have been made. 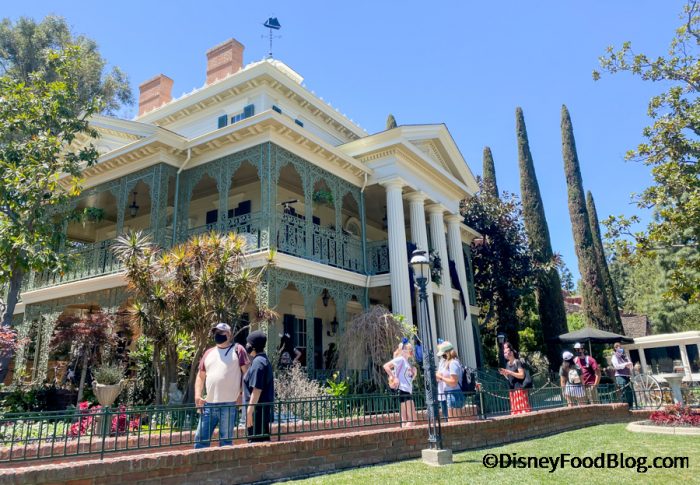 The landscaping has been updated and you’ll now find some more plants and flowers in the pet cemetery. 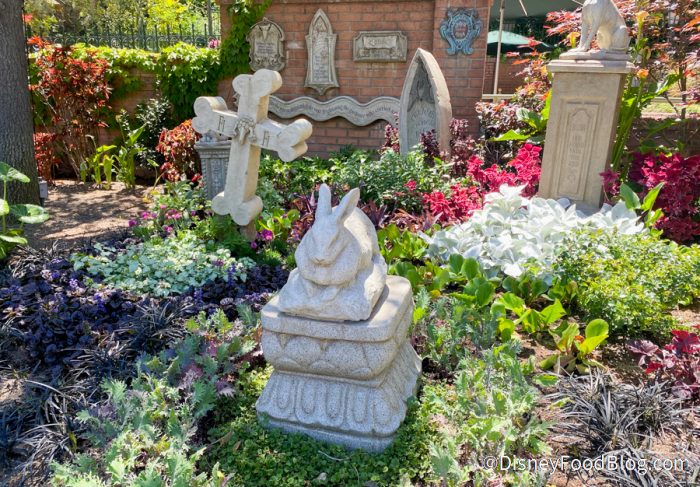 Some of the plants and flowers now actually match the pets they accompany. So, you’ll find some toad lilies next to the toad, and other fun little details just like that! 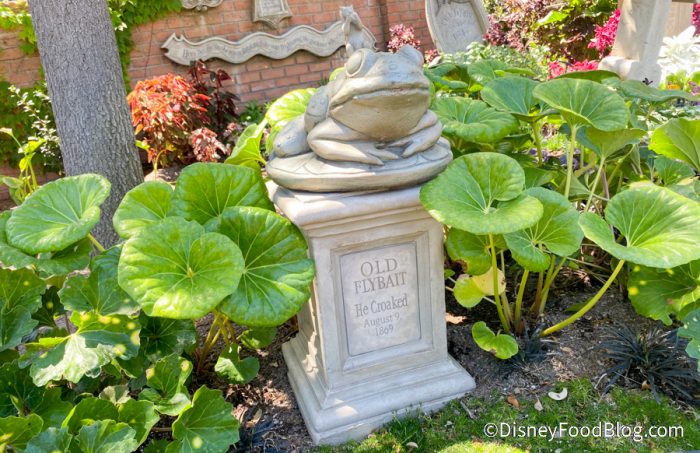 There are even some new “tales of tragedy for our beloved companions.” 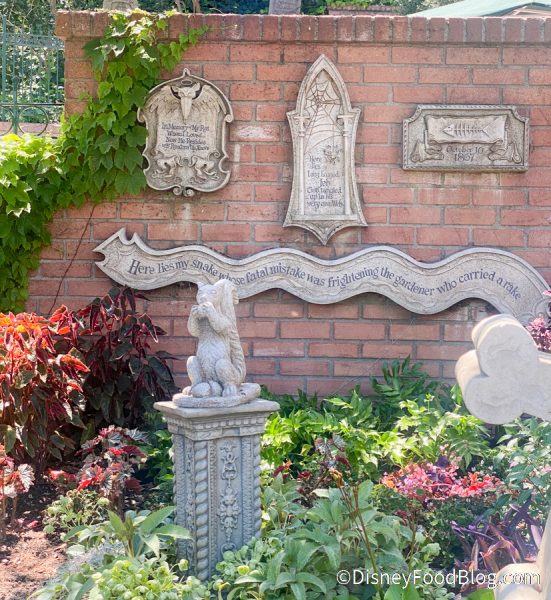 A snake who made a fatal mistake…

So, while these companions may have passed on, the landscaping around them and their haunting stories appear to be very much alive! 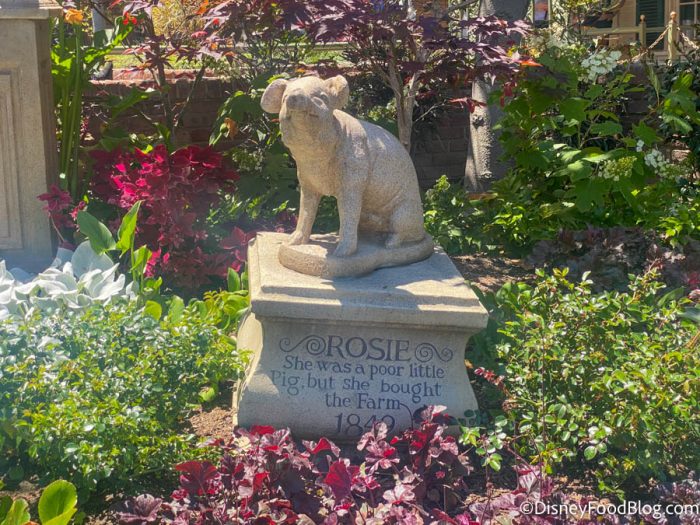 Let’s take a look at the queue!

While we showed you what you see when you walk through the regular queue, we were actually taken on a different path the next day! A Cast Member came up and asked us if we were comfortable doing stairs and after we said “yes”, we were told to go a different route! 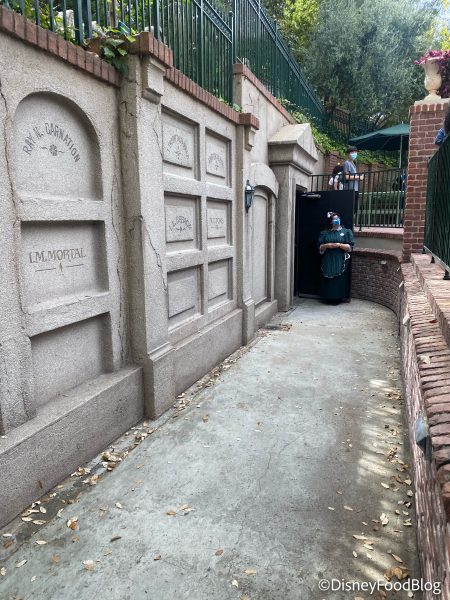 A Cast Member took us through a hallway backstage and we bypassed a portion of the queue. 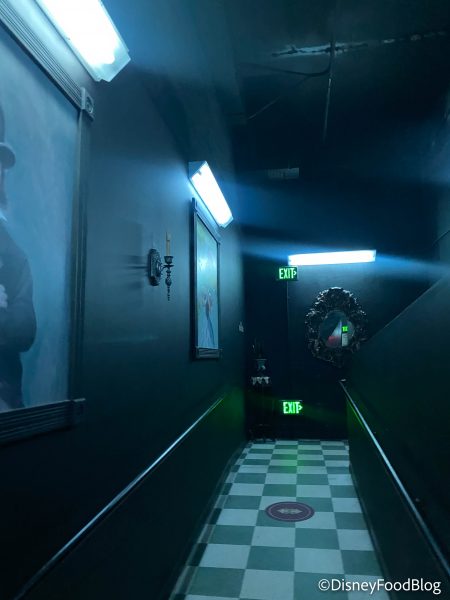 By skipping some of the line, we also skipped over the iconic stretching portraits room. The hallway did have the portraits though, so we didn’t feel like we were missing out! 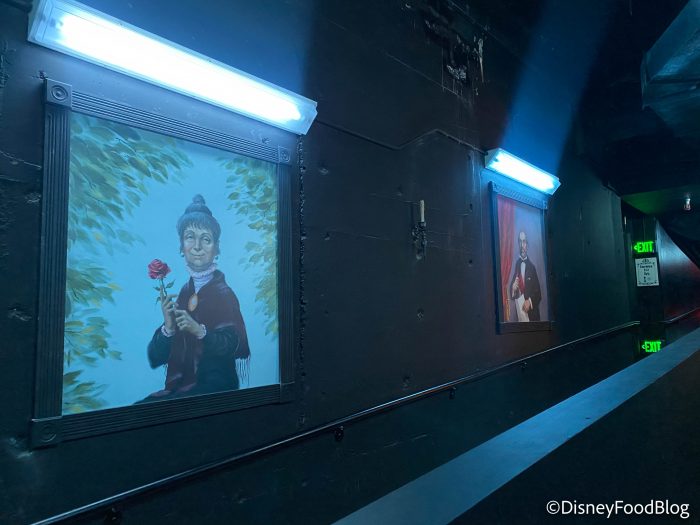 The hallway took us near the exit of the stretching room, and just like that we were back in line. This may not happen to you when you ride, but if it does you’ll get a sneak peek of some backstage area! 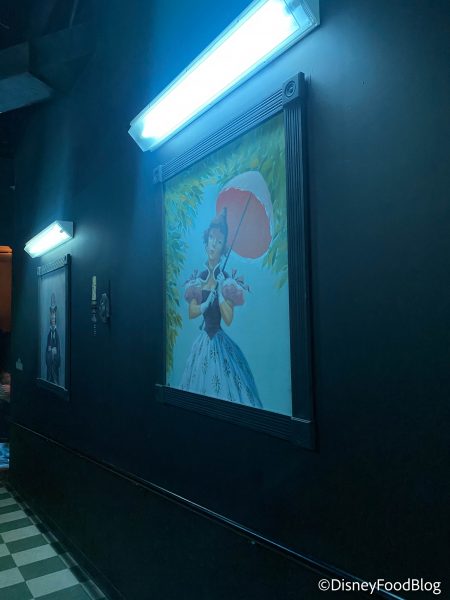 Inside the Mansion, the 999 Happy Haunts have been busy making some renovations. First of all, there are some new drapes, new carpet, and even new wallpaper. One of the biggest changes, however, comes in the form of an old-but-also-new portrait! One of the Mansion’s original portraits — known as “April to December” — appears to have resurrected. 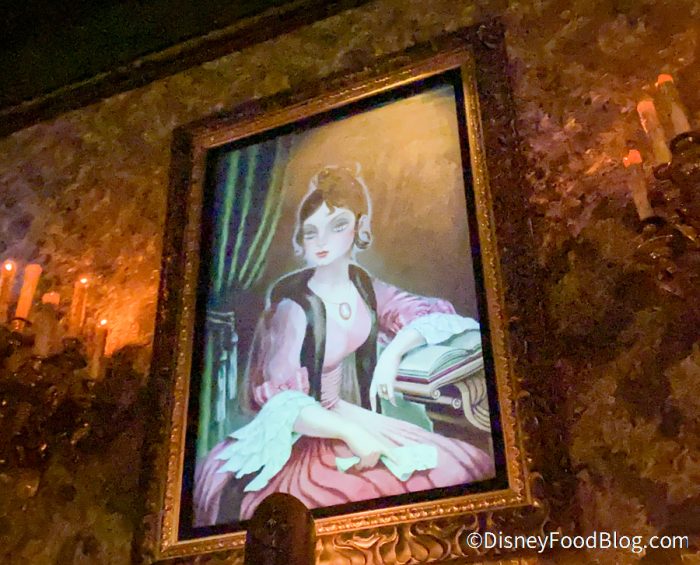 As the Los Angeles Times shares, this portrait was originally made by Disney Legend Marc Davis. It features a woman who ages a little less than gracefully. Let’s just say she probably could have used a few more bubble baths and spa days.

The LA Times shares that the portrait was removed from the Haunted Mansion in the mid-2000s as its gradual, four-scene change didn’t necessarily work with the rest of the ride’s portraits and their updated two-scene transformations. Now, April to December has reappeared in a remade version just past the busts that seem to follow your every move! 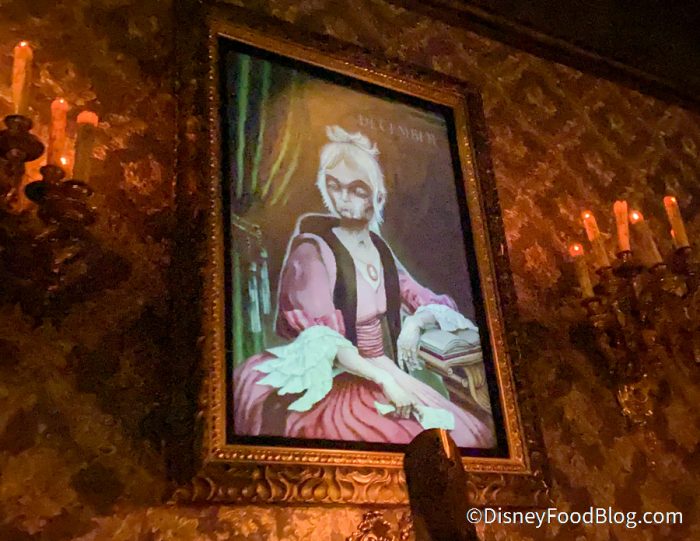 Unlike at Disney World, guests actually get to experience the stretching room here (that’s because it’s an elevator that has to take guests down to the ride level). Markers are placed on the floor to help guests maintain social distancing.

A few other frighteningly wonderful details have been added to the Mansion including a floating chair, and even a creepy dollhouse. But one of our favorite scenes — the graveyard — remains unchanged. This SONG, ALWAYS.

Overall, the changes at the Mansion are not stark or shocking, like the replacement of an entire scene or anything like that. But, the addition of these little details adds some awesome elements to the overall story of the ride. We can’t wait to continue riding this classic attraction, look for more hidden and new details, and (of course) hum along to its catchy theme song. 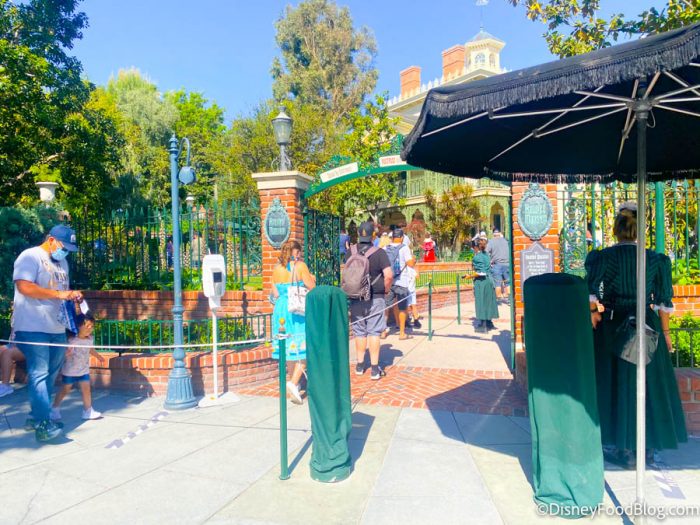 We’re making our way all around Disneyland Park on its historic reopening day, so be sure to stay tuned for more updates!

What do you think about the changes that have been made at the Haunted Mansion? Tell us in the comments!

« Even With Pay Cuts, Disney’s Top Executives Made MILLIONS in 2020
PHOTOS! See the Characters We Spotted At Disneyland’s Reopening Today! »