We had an awesome time at Avengers Campus opening day on Friday! 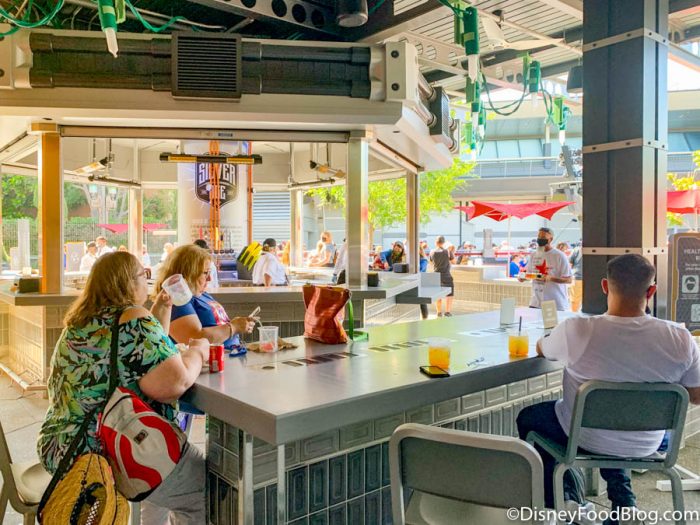 We reported to ya LIVE as we rode the new WEB SLINGERS: A Spider-Man Adventure attraction, sampled the eats at Pym Test Kitchen, and showed you ALL the cool details in the land. And now, we’re settling down for some sips at Pym Tasting Lab!

Pym Tasting Lab serves up “Pym Particle-infused cocktail experiments” near Pym Test Kitchen — so you can chow down AND drink up in the same area! 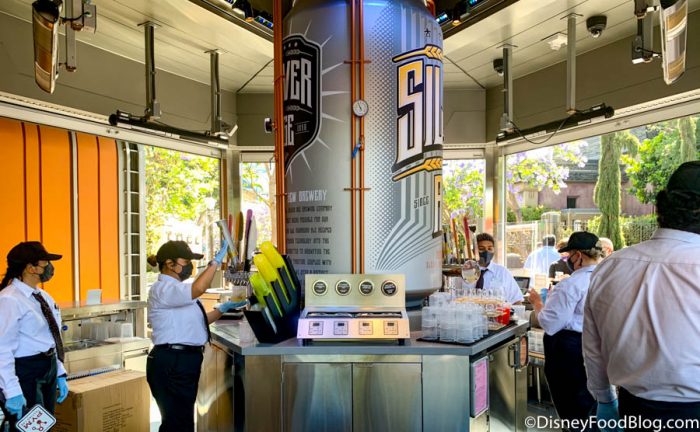 In fact, Pym Tasting Lab is a dedicated bar connected to Pym Test Kitchen. Even though they are connected, you need to Mobile Order separately at these locations. Also, near the end of the day, there was a standby line for the Pym Tasting Lab! 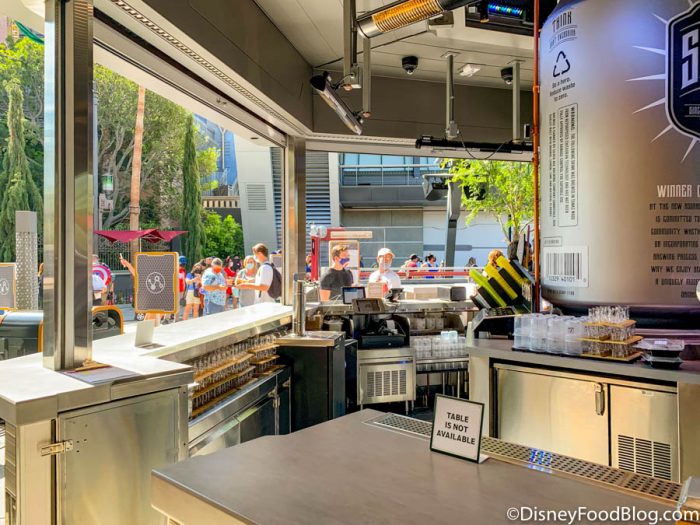 Some of the beers and wines are available on tap. Check out those handles! 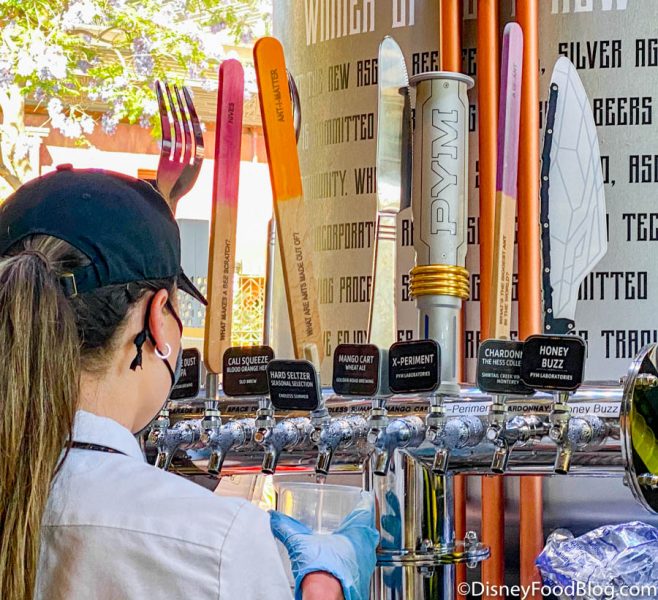 There are a few beers that even fill from the bottom of the cup. That seems VERY fitting for such a tech-forward spot. 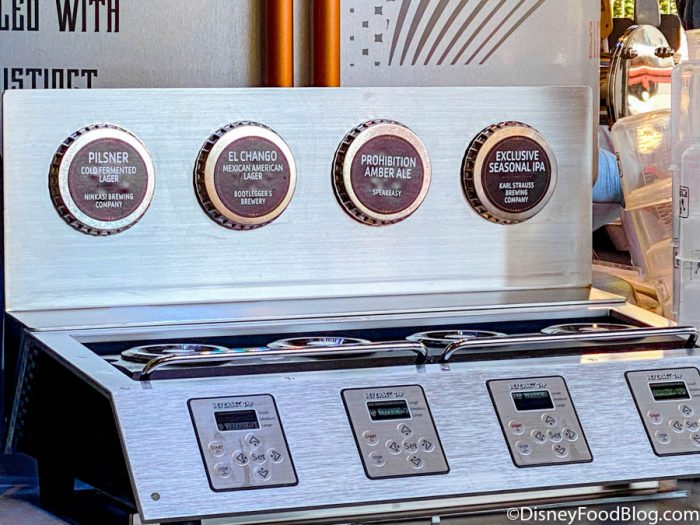 Like we mentioned, there are experiment-themed cocktails up for grabs here (and they’re served in beakers!). 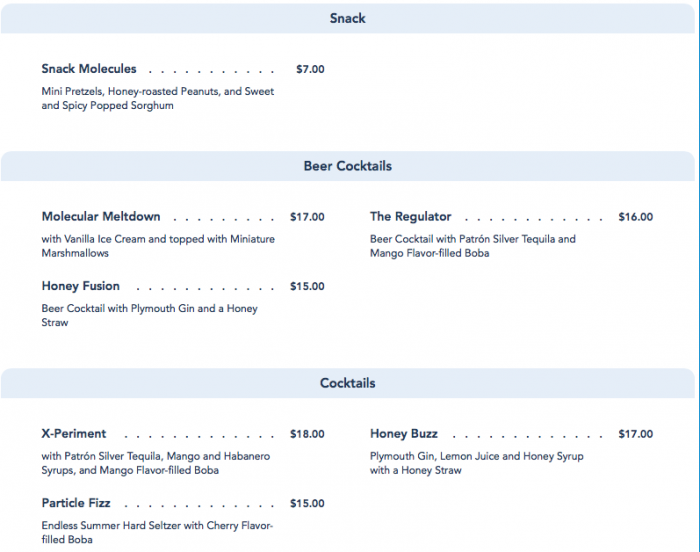 You can also opt for beer and wine… 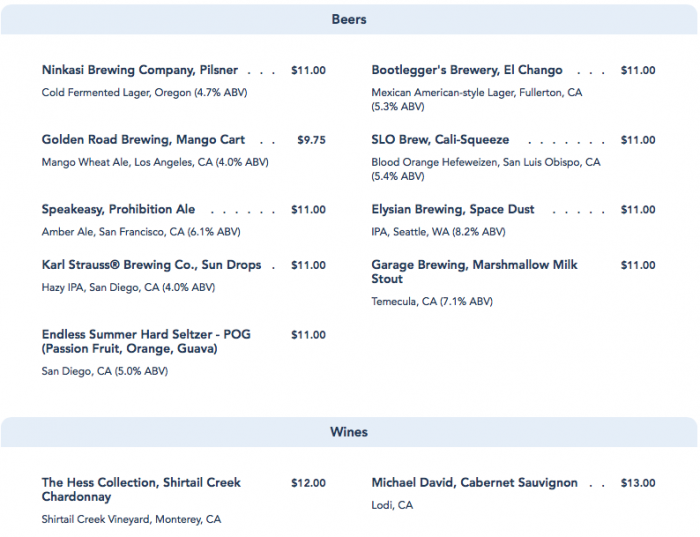 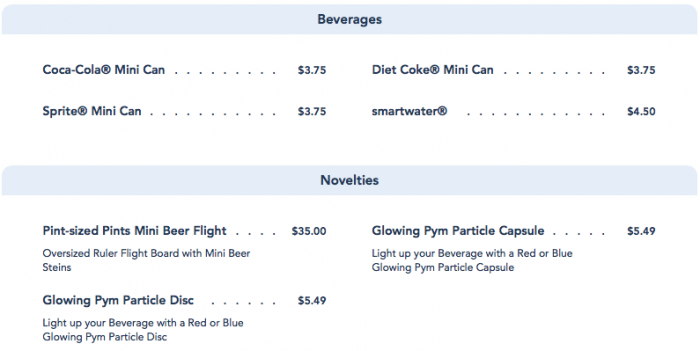 No matter what you’re in the mood for, you’ve got plenty of options.

Of course, we’re here to see how everything TASTES, so we ordered a few boozy drinks. We tried out the cocktails including the X-periment with Patrón Silver Tequila, Mango and Habanero Syrups, and Mango Flavor-filled Boba for $18. This cocktail was pretty tasty and there was a small kick from the Habanero (nothing overwhelming, however). 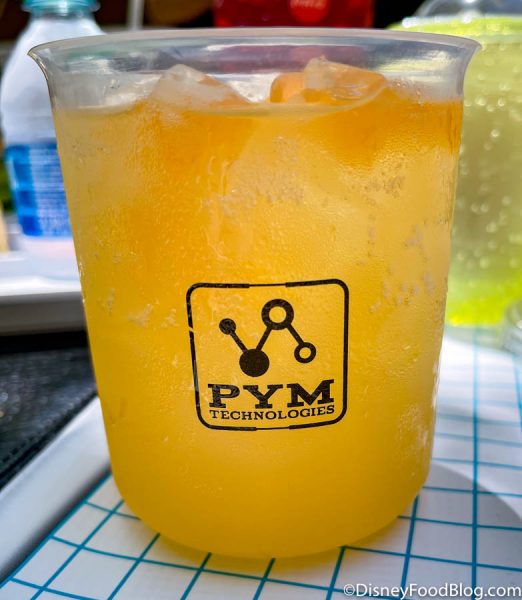 Our favorite of the three cocktails was the Honey Buzz. This $17 sip is Plymouth Gin, Lemon Juice, and Honey Syrup with a Honey Straw. It was SUPER refreshing on such a hot California day, but you can really taste that honey flavor so make sure you’ll enjoy that before paying! 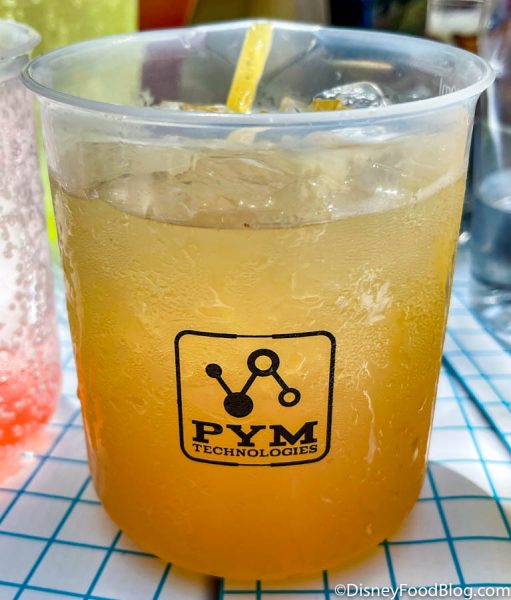 The final cocktail is the Particle Fizz for $15. This combo of Endless Summer Hard Seltzer — POG (Passion Fruit, Orange, Guava) with Cherry Flavor-filled Boba was good and refreshing, but it was our least favorite of the three. If you like hard seltzers, though, this one may be for you! 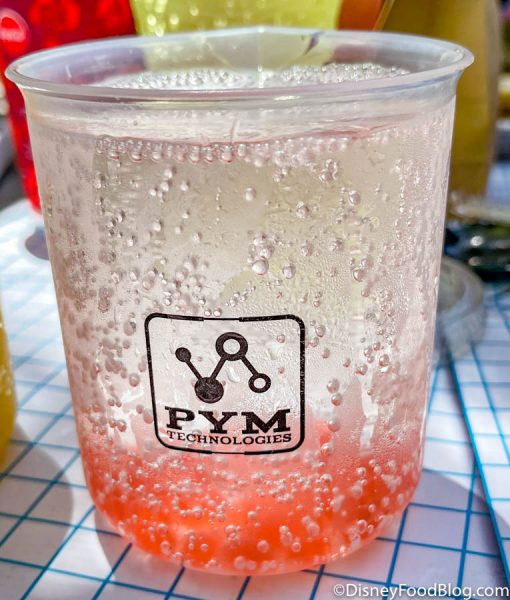 Although it is light and refreshing, beware of a bitter aftertaste! Also, it’s pretty hard to get to the boba because it sits at the bottom. Still, it was pretty Instragrammable! 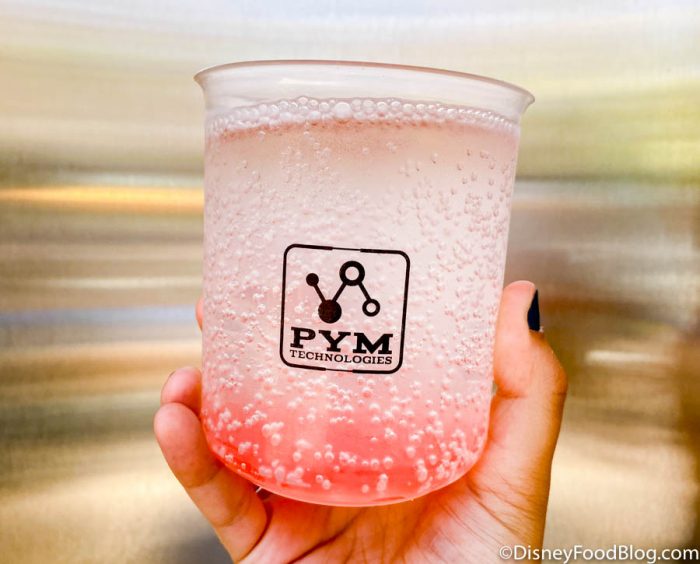 As for the beer cocktails, we tasted the Molecular Meltdown for $17. This dark beer comes with Vanilla Ice Cream and topped with Miniature Marshmallows. Woah! 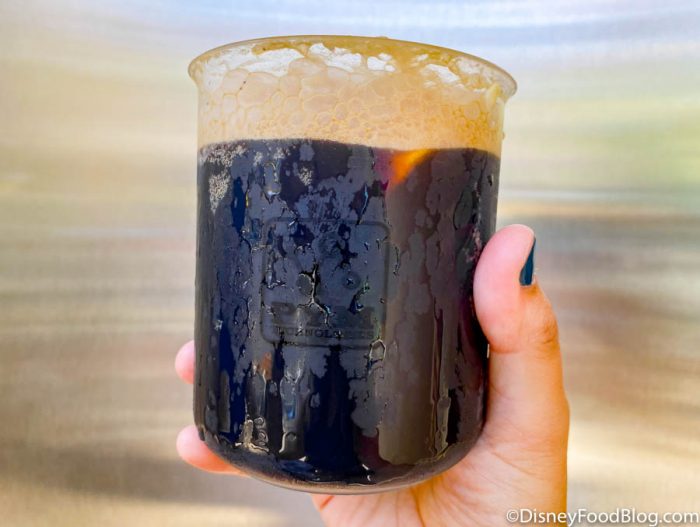 This was certainly a heavier milk stout and it wasn’t bad. The foam on top had a bit of a weird texture that made it difficult to get to the ice cream. So, we snagged a spoon and went for it! The ice cream was tasty — it was like eating a grown-up root beer float! 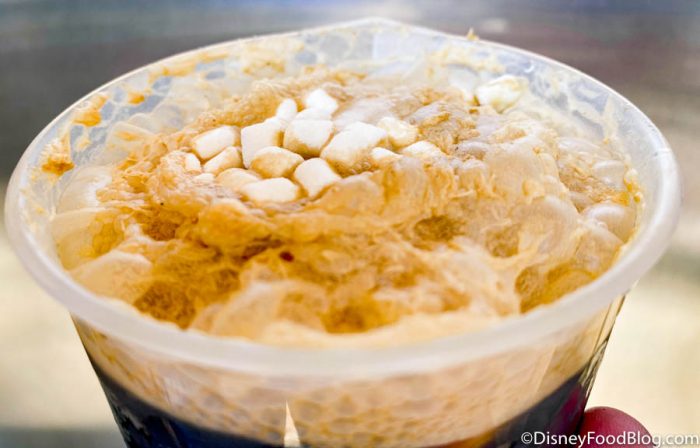 We grabbed a couple of the beers — one “on tap” and one that filled from the bottom. First up, we tried the Elysian Brewing Space Dust for $11.00. This is a true fan-favorite IPA lover’s IPA — if you’re really into that bold IPA flavor, this will be right up your alley. 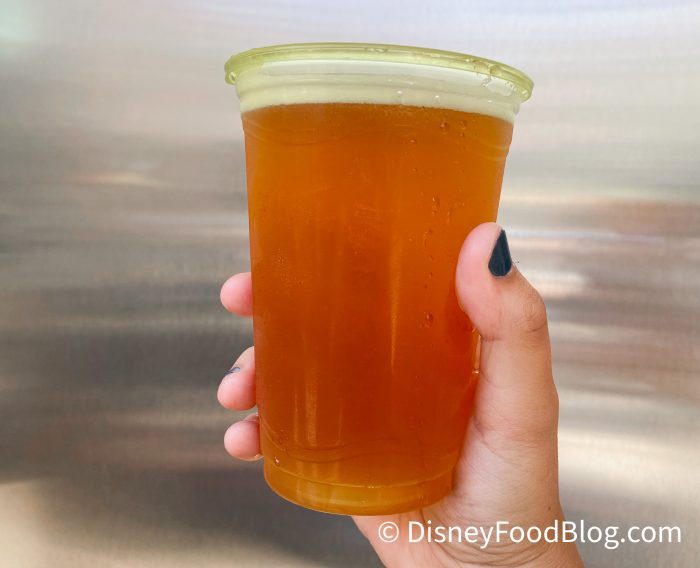 Next, we ordered the Karl Strauss Brewing Co., Sun Drops Hazy IPA also for $11.00. This is one of the four beers you can currently order with your cup filling from the bottom! This low-calorie, low-ABV IPA has more citrus and tropical flavors. 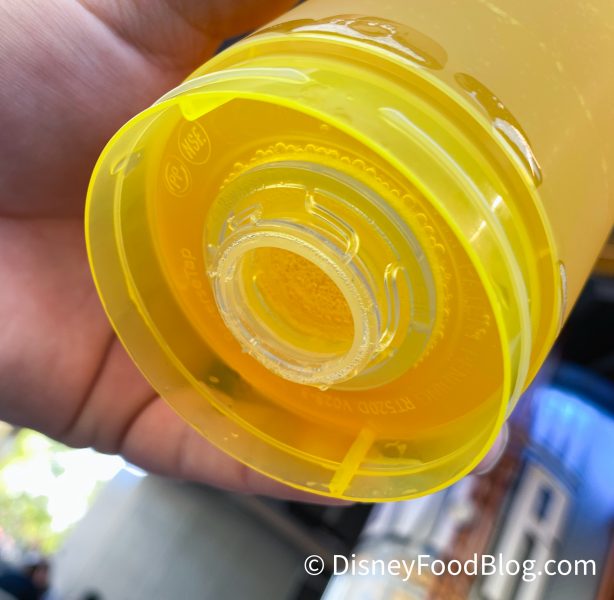 This is where the magic happens!

We also snagged the Snack Molecules which made a tasty pairing with the different drinks. The mix is made with Mini Pretzels, Honey-roasted Peanuts, and Sweet and Spicy Popped Sorghum. We’d recommend it as a good snack if you’re going to hang with a beverage! Each bag is $7. 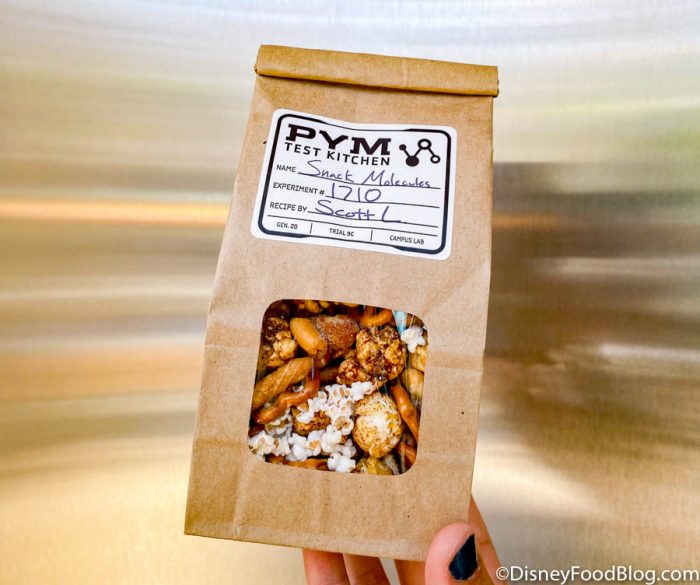 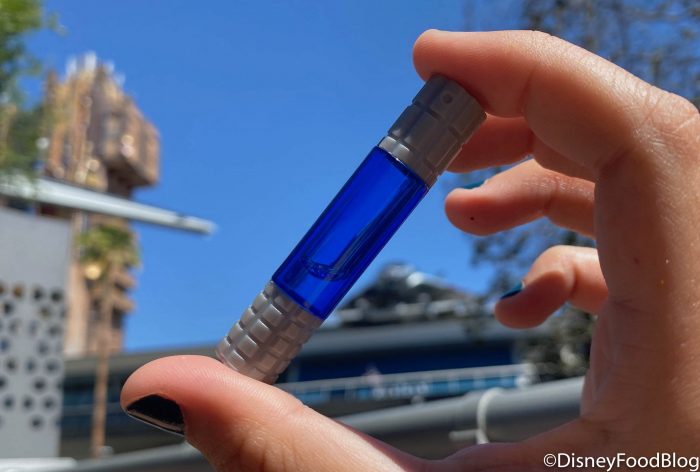 We actually DON’T recommend snagging these. They seemed pretty cheaply made and for $5.49, we’d say that means skip. Our blue Particle Capsule actually started leaking! 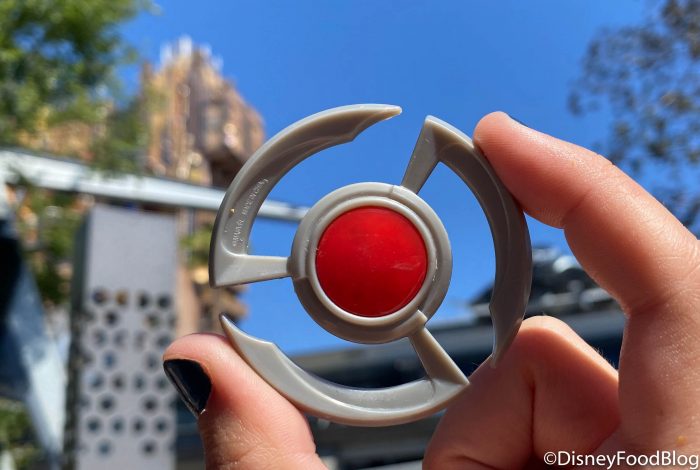 We wish this spot had regular glow cubes instead!

Check out the Pym Tasting Lab if…

Pym Tasting Lab offers some super creative sips in a fun, well-themed atmosphere. You’ll be contending with higher prices for those drinks, so be ready to dish out the funds. Still, for Avengers fans over 21, these drinks are pretty tasty overall. Plus, the menu is large enough that most everyone should be able to find something they’ll like!

We’ll continue bringing you ALL the latest news from the opening of Avengers Campus, so stay tuned to DFB!

We’re LIVE from the Opening of Avengers Campus!

Which of these drinks would YOU try? Let us know in the comments!