This year, World Showcase will be filled with eats from all over the globe from July 15th to November 20th, and we (needless to say) can’t wait to explore it all! So far, we’ve shared a FULL list of the food booths, updated you on all the live entertainment you’ll get to enjoy, and even gave you a peek at the activities coming back for the festival this year. And, with 32 locations to stop and eat, we’re breaking things down and talking about everything you need to know about the RETURNING Food & Wine Booths!

Which Food & Wine Booths ARE Returning?

Last month, Disney shared ALL of the food booths that would be setting up shop around World Showcase and, though we were excited to see 8 (!!) brand new booths, there were, even more, returning favorites that we were happy to see — kind of like an old friend, ya know? So, before we dive into the details, let’s do a quick refresher on which ones are coming back in 2021!

When the festival first kicks off in July, there will be 18 returning booths available including:

And, just a few months later, 6 MORE returning booths will join the fun including:

October 1st also marks the beginning of the Walt Disney World 50th Anniversary celebrations AND the grand opening of Remy’s Ratatouille Adventure and La Creperie de Paris in the France Pavilion, so it’s going to be a busy day!

Click HERE to See What Disney Won’t Tell You About EPCOT’s Food & Wine Festival…But We Will!

We sure are excited to see so many booths returning (23 to be exact!) but how exactly do you prioritize that many food booths when there are new ones to consider too?! Well, we’ve got a few tips on which booths to prioritize during your visit!

First up is France! This booth took the “W” for Best Booth of the Fest back in 2020 and our taste buds are looking forward to seeing if it stands up to the test this year! 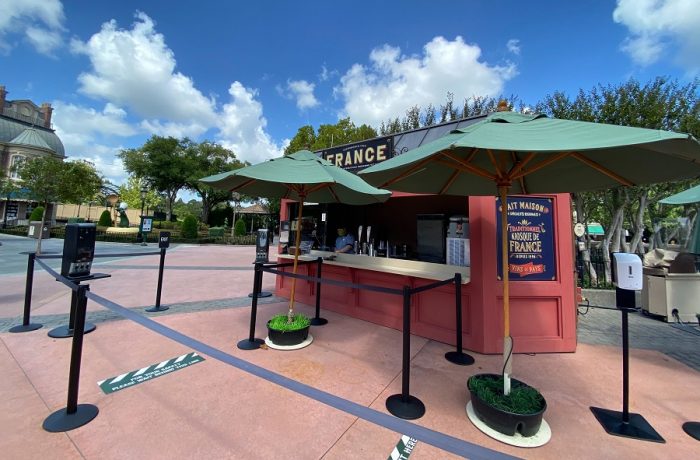 The booth itself has been around for many years (including other festivals too), but it was the Canard Confit à l’Orange, Tarte aux Oignons Caramelises et Chévre, AND the sweet La Vie En Rose Slushy that did it for us last year. Even if the menu does change this year (which it certainly could), this booth is one that you can usually find at least a few things to please your palette.

Click HERE to Read Our FULL Review of the 2020 Booth!

And, France may have taken the title of Best Booth of the Fest, but Hawai’i was a close runner up and it is BACK again! It’s no secret that we’re big fans of anything with DOLE in the title (hence the Dole Whip obsession) and this booth was packed with pineapple delights. 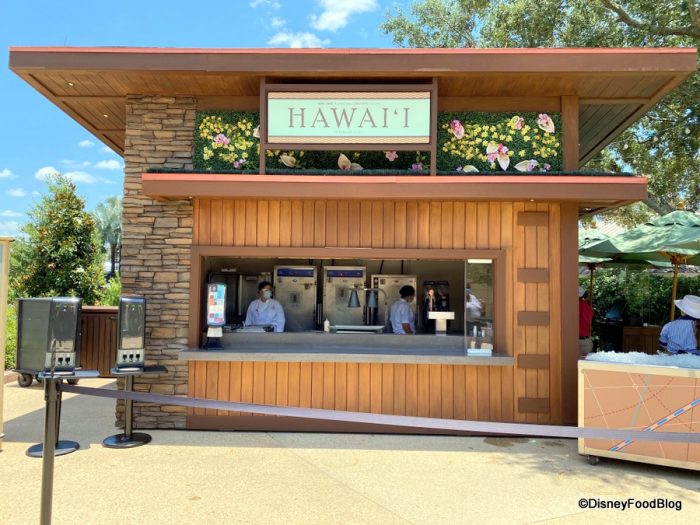 The Aulani Sunrise was a BIG winner for us (it was made with vodka, DOLE Pineapple Juice, and grenadine)… 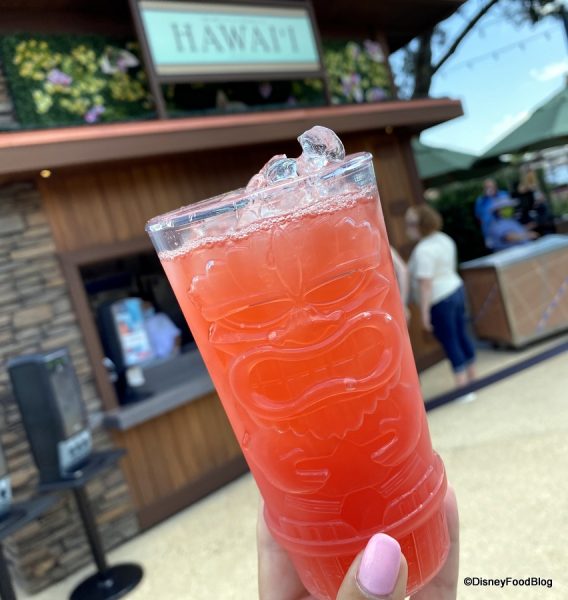 …plus we also went back for more than one of the Kalua Pork Sliders, Teriyaki-Glazed SPAM Hash, pineapple beer, AND pineapple wine. So…yeah…we liked the entire menu — what can we say! 🤣

Another booth that has been around year after year and festival after festival is Mexico! And, we normally find that this booth can do no wrong when it comes to serving up stellar festival eats and we’re guessing this year will be no different. 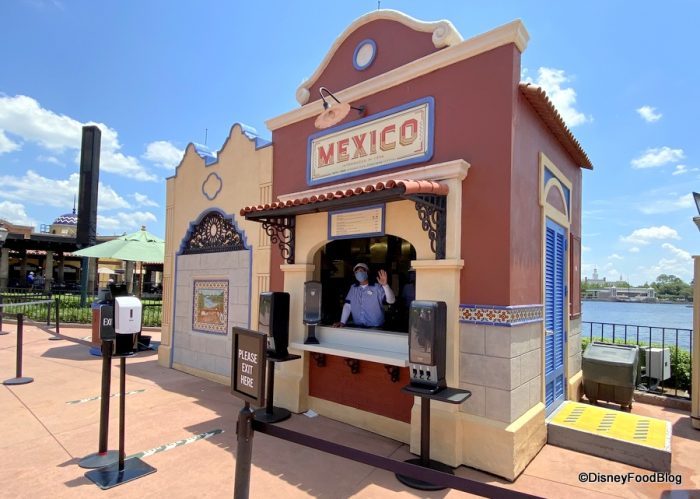 You can usually find at least one new margarita flavor and, last year, we were big fans of the taco and tostada options. 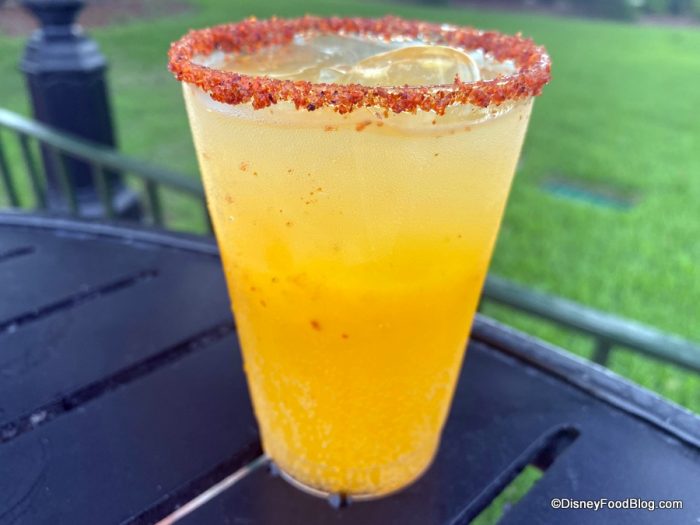 So, from gorgeous drinks to eats that are packed with flavor, we’ve been known to both begin AND end our journey around World Showcase here.

Click Here to Read Our Review of the 2020 Mexico Booth

Now, we’re going to clue you in on a little secret — DON’T skip the Refreshment Outpost at the Food & Wine Festival! This stop is a permanent kiosk at the beginning of World Showcase, so a lot of festival-goers will breeze right by without thinking twice. But, you’re missing out on some of our favorite eats at the festival if you do this! 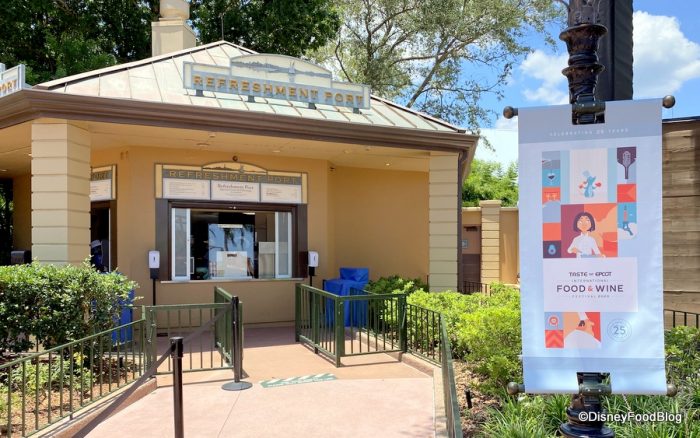 The menu here is a bit more limited than the traditional food booths, but you can still find some GREAT eats. In the past, this location has been home to some of our best of the fest winners including a Duck Confit Poutine and even a Traditional Poutine that blew us away last year.

And, just next door to the Refreshment Outpost, you’ll find the Canada booth. This one has also been around for ages, and the menu is so good that Disney doesn’t even bother adjusting it most of the time. 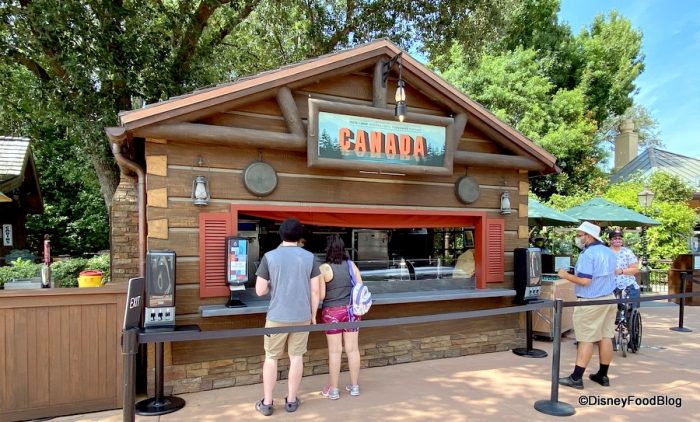 At this point, we’ve deemed the Canadian Cheddar Cheese and Bacon Soup a “classic” Food & Wine favorite and you can even get your hands on the (pricey) Filet Mignon served at Le Cellier.

Click Here to Read Our Review of the 2020 Canada Booth

Our last noteworthy returning booth is Shimmering Sips! Between the Tropical Mimosa (which was literally a POG Mimosa!!), the Key Lime Mimosa, and the Blood Orange Mimosa we had trouble choosing just one boozy drink that was our favorite here last year. 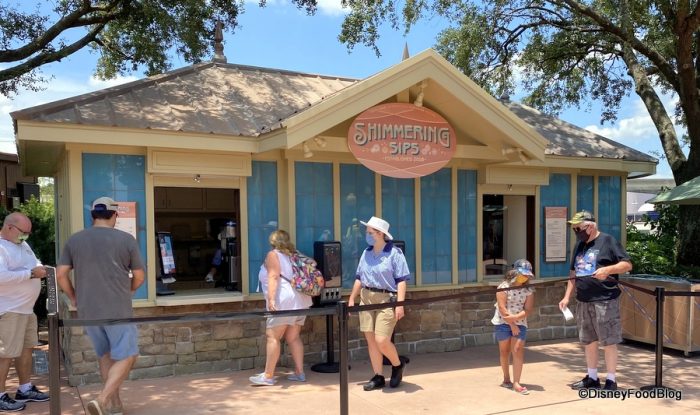 And, in 2021 the booth is going to be a must-do again! The festival is being sponsored by Corkcicle and Disney has shared that you’ll be able to purchase your sparking bubbly beverages in an exclusive Shimmering Sips Corkcicle from here! 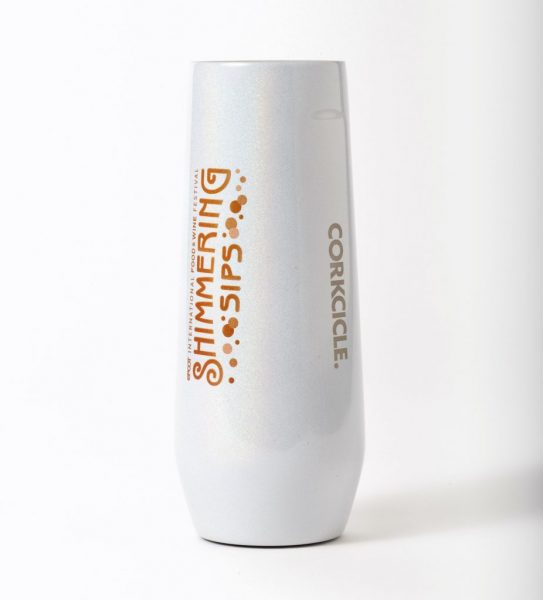 So, you’ll be able to sip your POG Mimosa (which will hopefully return this year 🤞) in a sparkly souvenir cup!

Other Things To Know About the Returning Booths

Now, keep in mind that the menus can change for the returning Food & Wine booths, so it isn’t a guarantee that we’ll be seeing any of our favorites back again. But, there is still a chance! And, the best way to plan ahead and know which returning booths (and dishes) are a must-get is to catch up on all our reviews, tips, and hacks from previous years. 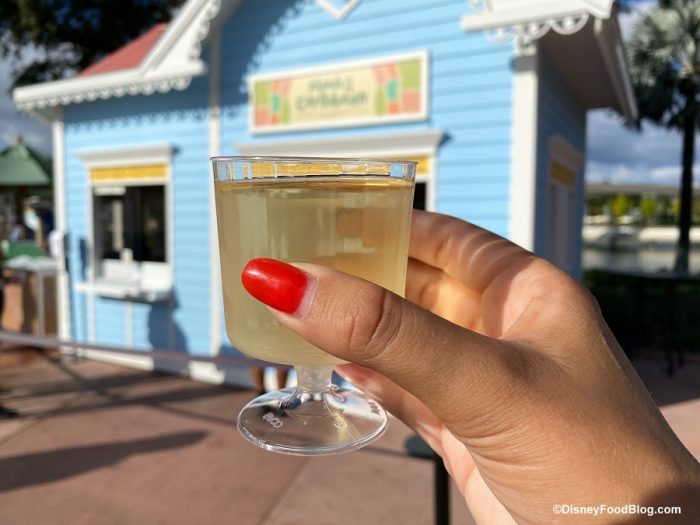 Cheers to a great Festival!

Plus, we always head to the parks on day one of the festival to try all of the eats and drinks. So, be sure to check back here to see what has changed, what we love, and what you might want to skip before you go! 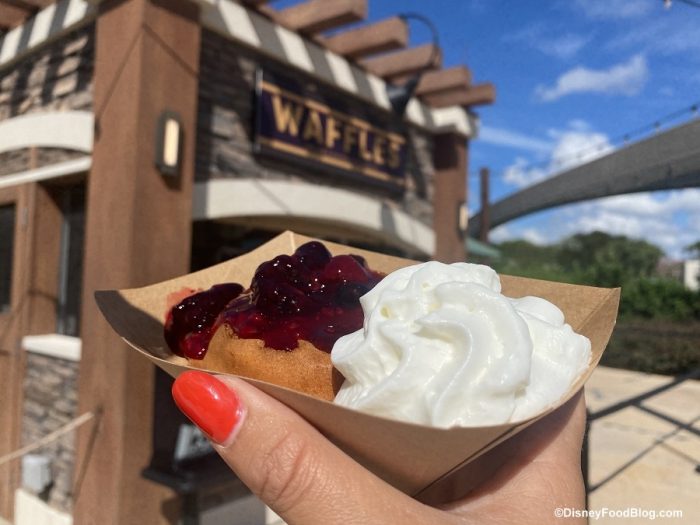 We can’t wait to be back here!

And, as always, stay tuned to DFB for more!

Check Out 8 Things We Always Bring to the EPCOT Food & Wine Festival HERE!

What returning Food & Wine booth are YOU most excited about? Let us know in the comments!