Disney may be a massive company that makes the big bucks, but even they aren’t immune to unexpected issues! 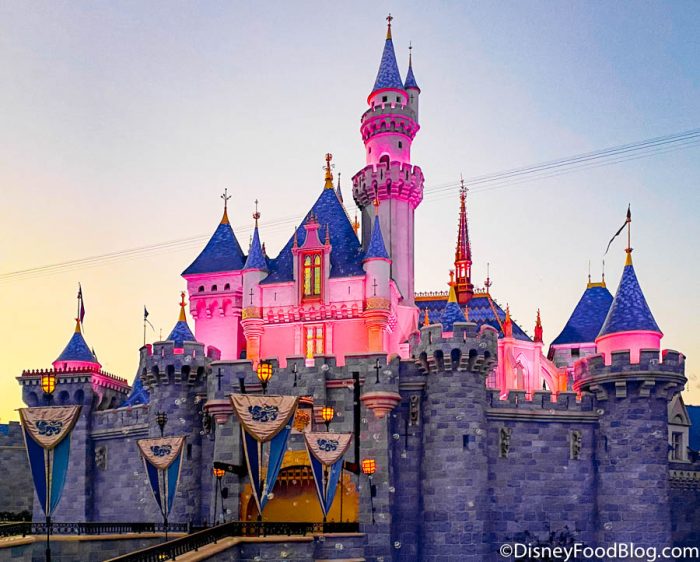 Disney is not immune to random problems!

Over the years, we’ve seen all kinds of random problems in the parks, from weather-related shutdowns to tech glitches to animatronic malfunctions. And today, a huge internet and app outage is causing some issues at Disneyland Resort!

Today, many major websites had shutdowns in the afternoon thanks to what was likely a widespread internet outage, and included on that list were many Disney-owned sites. The outage affected the Disney World and Disneyland Resort sites, as well as the apps for both coasts, causing some guests at the Disneyland entrance to have problems accessing their park tickets. 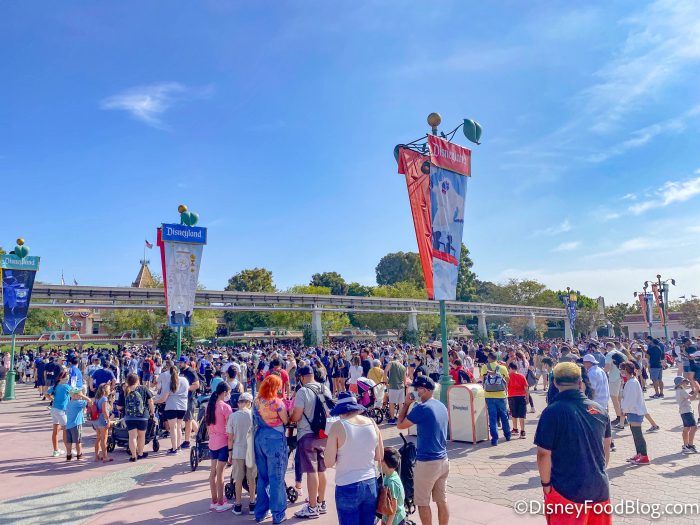 Things are pretty backed up over here!

We were there, and things got VERY backed up. Cast Members began encouraging guests to pull out ticket barcodes if they had them easily accessible. 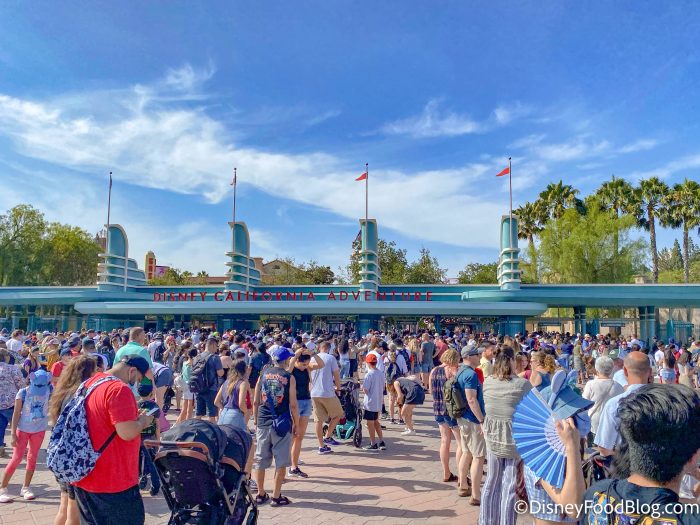 We saw similar problems at the California Adventure entrance.

We received a warning message in the Disneyland app, noting that some online experiences were unavailable. A similar pop-up showed in the My Disney Experience app as well. 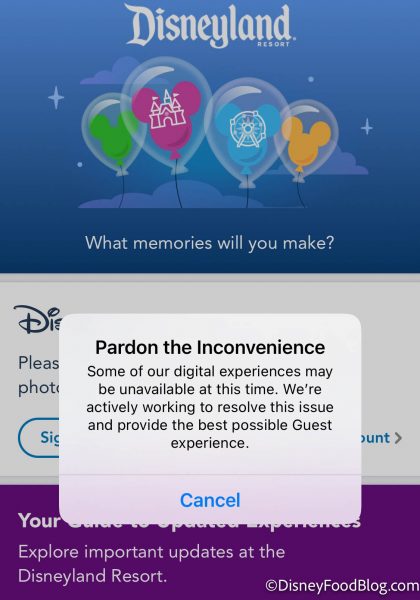 The app came back up after a little while, but it was truly mind-blowing how quickly things got backed up with this issue. We also noticed issues with quick service restaurants in the parks (due to the loss of Mobile Order) and lines were incredibly long at Guest Services after just a few minutes of the apps being down. We’ll make sure to keep you updated with any other things you need to know about this problem — stay tuned to DFB!

Click Here to Check Out Other Mishaps in the Disney Parks!

Have you ever had problems with Disney websites or apps?

« Does This Update Mean the Casey’s Corner Pianist Is Returning to Magic Kingdom Soon?!
See What Happens When the Disney World App Goes Down »