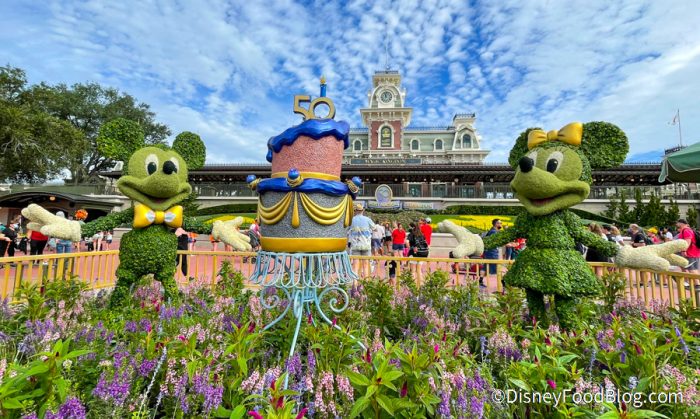 Banners, decorations, merchandise, statues, and more are popping up around the parks. Planning to visit Disney World right around the 50th Anniversary? Select Park Pass reservations have been sold out or filling up for the dates around October 1st (the start of the 50th celebrations), but now things are looking better!

If you have an Incredi-Pass, essentially the entire month of October is now available for you in terms of Park Passes, except for October 1st. So, if you want to join all of the festivities on October 2nd, just one day after the celebrations begin, there’s availability for you right now!

Things are essentially the same when it comes to Sorcerer Pass holders in October. The entire month is fully available in terms of Park Passes, except for October 1st.

If you’ve got a Pirate Pass things are a bit different as many of those days right around October 1st are blocked out (meaning ticket holders are blocked from obtaining any park passes on those dates).

The situation is similar for Pixie Dust Pass holders, which have several days right near October 1st blocked out.

If you’re not an Annual Passholder, Park Passes are still filling up right around the 50th and into more of October. As of earlier today, for guests with Theme Park Tickets, Magic Kingdom and EPCOT are full on October 1st, EPCOT is also full on October 2nd and 9th, and Magic Kingdom is full on October 31st. The calendar is essentially the same for those staying at Select Resort Hotels.

UPDATE: More Park Passes have now been added for the month of October for both guests with theme park tickets… 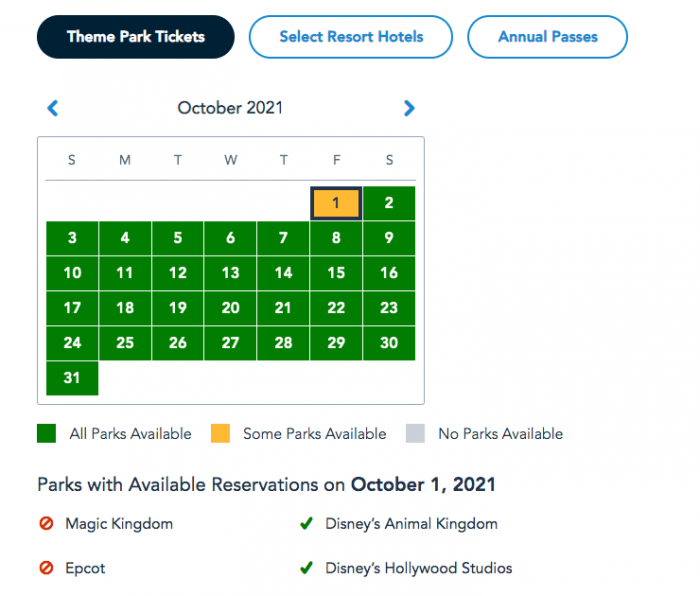 …and those staying at select resort hotels. For both types of guests, Magic Kingdom and EPCOT are still full on October 1st, but the days surrounding that are now fully available. 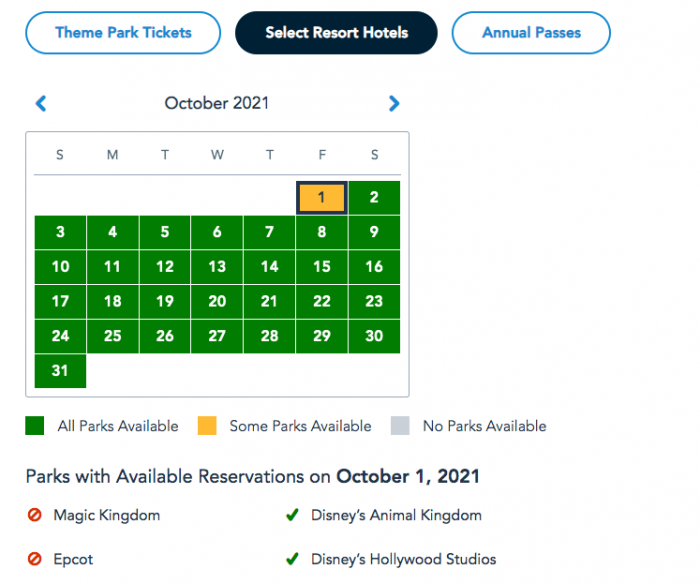 If you’re looking to visit Disney World close to the 50th Anniversary, be sure to grab those Park Passes now (if you haven’t already). And be sure to check back with us for more updates.

Click here to see the birthday cake that has arrived in Magic Kingdom (don’t worry, it’s not on the castle)!

Are you planning to visit Disney World in October? Tell us in the comments.

« VIDEO: Go Behind the Scenes of the NEW Cirque du Soleil Show Coming to Disney World!
PHOTOS: Sorry, But This Disney World Treat is 🚫 OFF LIMITS 🚫 »