It’s Disney World’s 50th anniversary and Disney is celebrating with tons of FOOD! 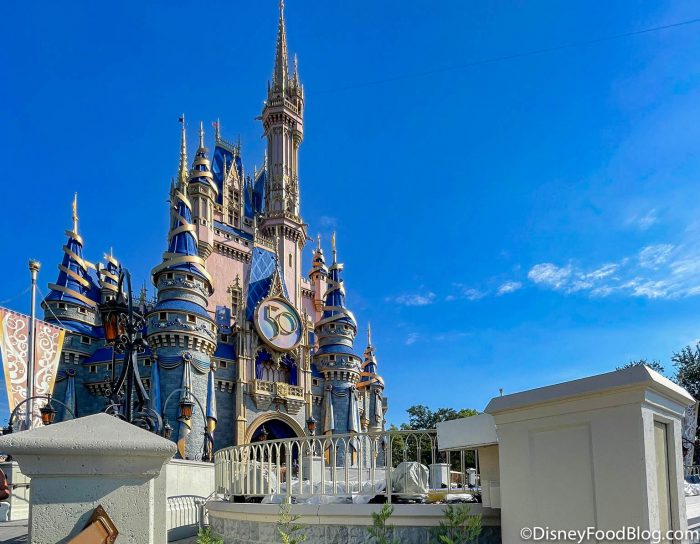 There are over 150 treats coming to Disney World for the 50th anniversary including a sundae with an ENTIRE Mickey pretzel on top and treats featuring edible gold. Today, we’ve been giving you live updates and reviews of each 50th anniversary treat as we try them, but now it’s time for a SPOOKY treat! 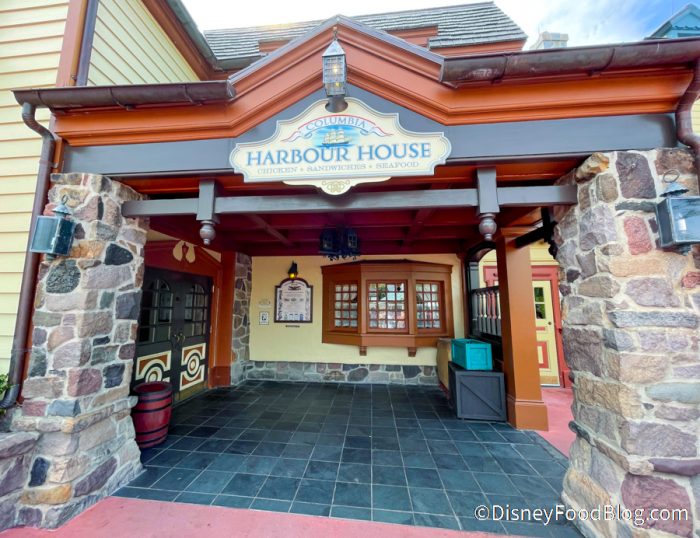 The bread bowl creation is called Spoon For One More (a play on the iconic quote from Haunted Mansion), and it is a black sourdough bread bowl with New England clam chowder. Sounds pretty simple, looks pretty epic — how does it taste? 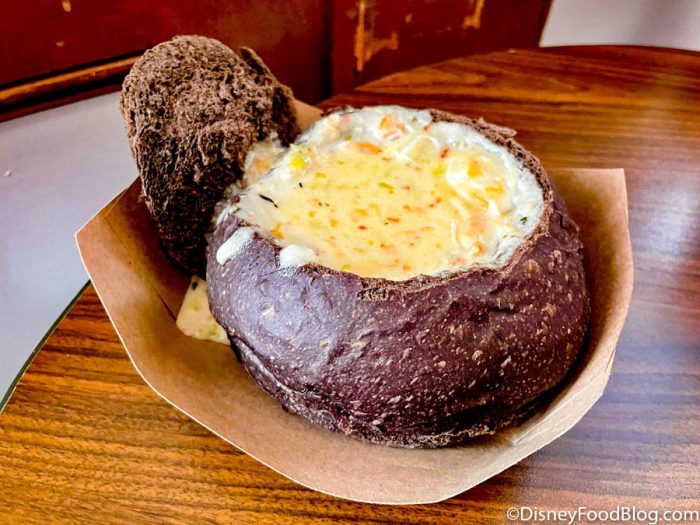 Spoon for One More

The New England clam chowder was really good, and the bread bowl only made it yummier. The black in the sourdough bread is just food coloring and it didn’t change the flavor of the delicious sourdough. Did we mention the bread bowl was delicious? Because it was. 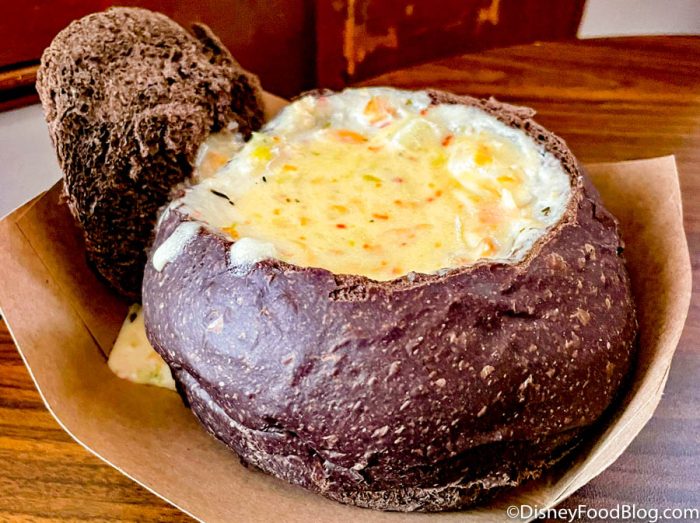 If you enjoy New England clam chowder, you’d love this. The bread bowl makes it feel like a heftier meal, and it would be perfect for a chilly day in Disney World. 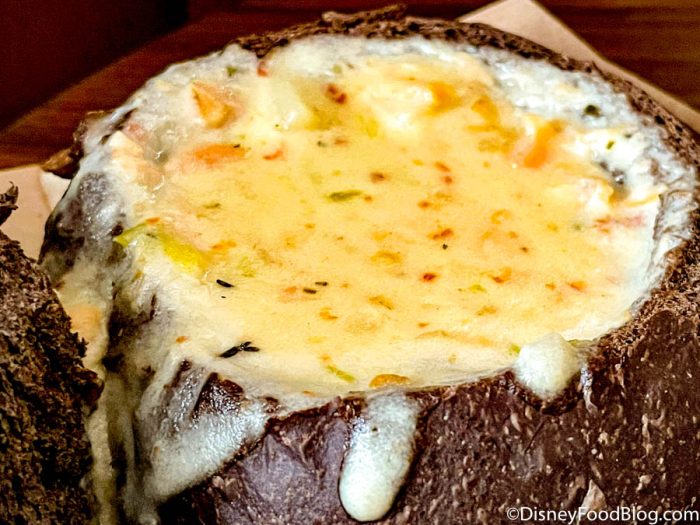 That said, if you’re not a New England clam chowder fan, you probably want to skip this dish. You can find the Spoon for One More at Columbia Harbour House for $7.49.

Check out ALL of our 50th anniversary treat reviews!

Also at Columbia Harbour House, we grabbed the new Happy Haunts Milkshake! This sounds like a must-have for any diehard Haunted Mansion fan, and it is a blackberry milkshake topped with a purple chocolate-glazed doughnut covered in black sprinkles for $7.99. It comes with a Haunted Mansion straw! 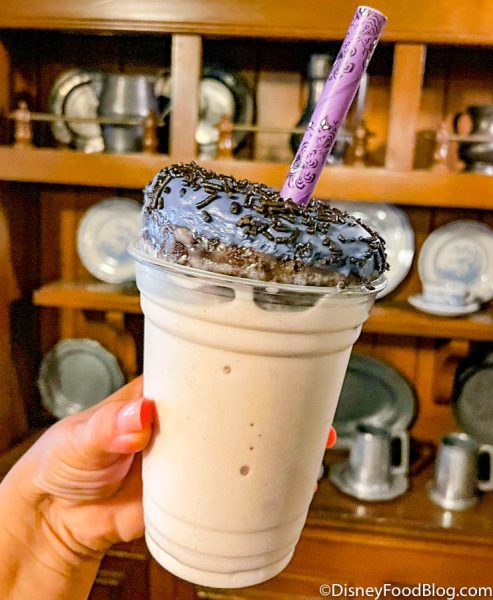 We’ve tried plenty of milkshakes at Disney World, but blackberry is a flavor that we don’t see very often! Still, this milkshake was more like a blackberry smoothie in terms of taste and texture. We love the Haunted Mansion straw, but it was a bit disappointing that had less of an ice cream vibe than we expected. 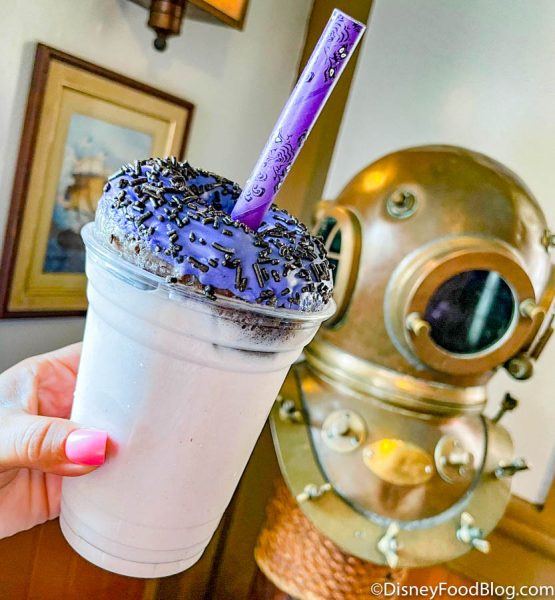 The chocolate donut was the star of the show because it was SO good. It had a rich chocolate taste and it wasn’t soggy from being on top of the milkshake. We just wish this milkshake had a stronger ice cream taste. 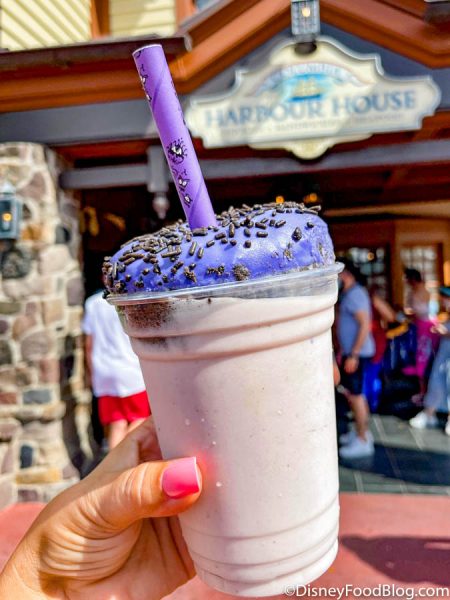 If you like chocolate donuts and blackberry smoothies then you’re really gonna love this! We think it could be a big hit with kids who love smoothies too. After a ride on the Haunted Mansion to celebrate Disney World’s 50th, head to Columbia Harbour House to try some haunted treats! We’ll continue to bring you live updates all day and stay tuned for more food reviews!

Decorate Your ENTIRE House with Disney Halloween Merchandise for Under $100!

Would you try these Haunted Mansion-themed treats in Disney World? Tell us in the comments!

« PHOTOS! See ALL FOUR New Park Maps in Disney World!
REVIEW: Disney World May Have Miscounted With Its “7-Layer” Cake… »