There are a TON of new things in Disney World right now!

And when Disney rolls out several new offerings at once, not all of them are going to be well-received. While some of the new attractions, like the Disney Enchantment fireworks show at Magic Kingdom, have gotten mixed reviews, there’s one big thing in Disney World that is bringing joy to all of us — Disney KiteTails.

Disney KiteTails is the new daytime show at Disney’s Animal Kingdom Theme Park. It features music, Cast Members with puppets, and large 30-ft kites pulled by jet skis through the Discovery River. You can watch it multiple times a day at the Discovery River Amphitheater, catching either The Lion King or The Jungle Book versions of the show.

And on a whole, watching this show is, well…an EXPERIENCE. 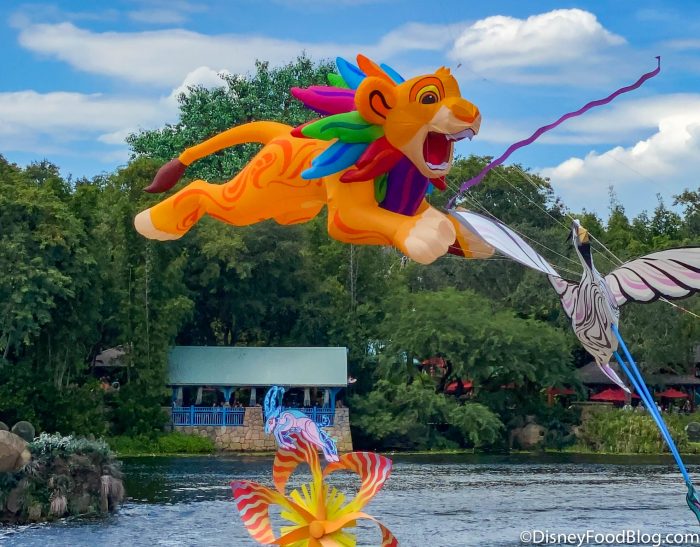 Don’t know what we mean? Well, the performers and the music are both phenomenal, but sometimes the kites tend to have a mind of their own, “dropping dead” in the middle of the show or landing in the trees. It’s spectacularly entertaining to watch the show and see what happens because you simply never know what might come next! 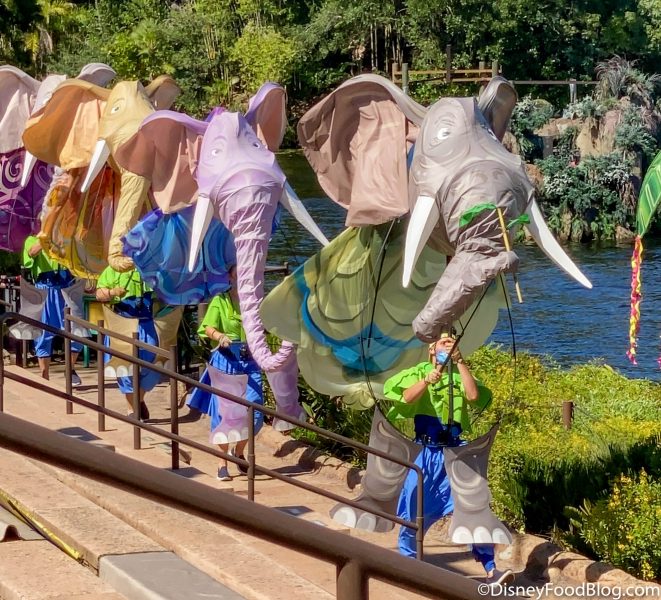 When it first premiered, many guests were confused watching the show because the large kites must “crash” into the theater (in unoccupied seats, don’t worry!) in order to land properly. Because of this, Disney has adapted the show slightly to have the kite handlers waving and clapping after the successful landing — to let guests know that everything went according to plan. 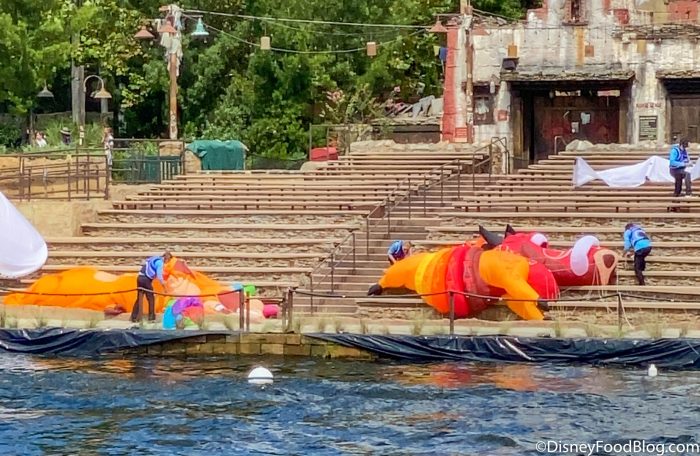 They have an interesting landing method.

It’s possible that Disney could add more steps like that into the show to let the guests know that things are progressing as they’re supposed to. It’s likely that they wouldn’t want guests to walk away from the show thinking that they saw a “messed up” version of the performance. 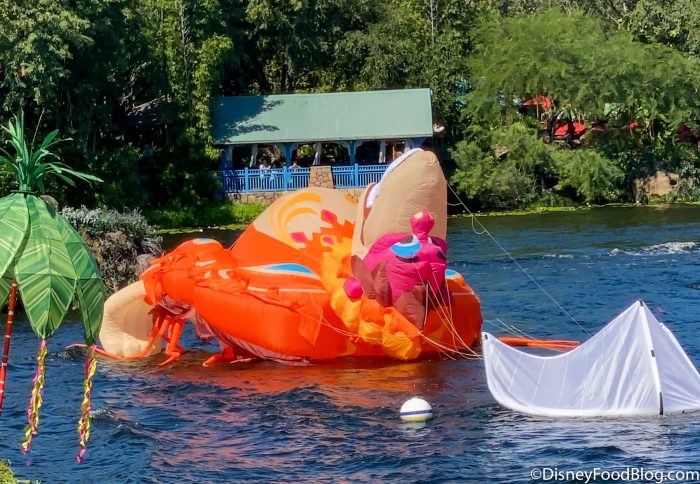 This is NOT supposed to happen.

But even with funny mishaps, the show is genuinely fun! It features some classic Disney songs that you’ll love singing along to, the performers do a great job at getting the audience involved, and it’s not some shockingly high-budget production where Disney is trying to flex new technology. Your kids will love it and you’ll be surprised at how beautiful the kites and special effects are. 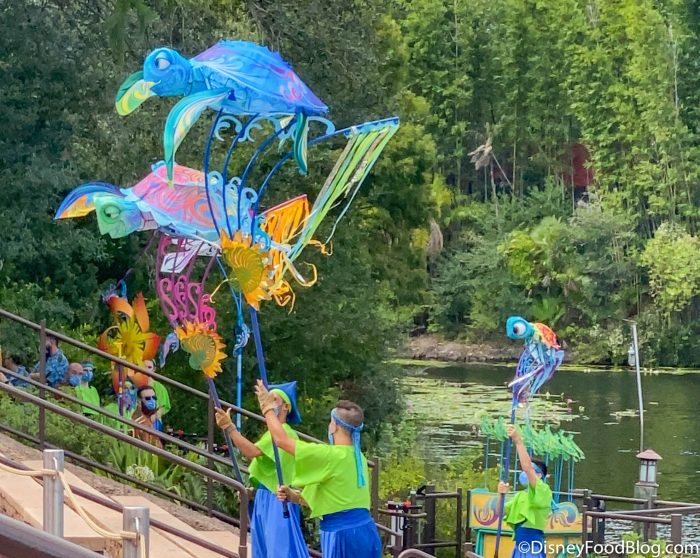 This show is so colorful!

Plus, the show is only about 10 minutes long, so it doesn’t take up too much time in the middle of your day. It’s easy to pop in and out, and it’s a much-needed addition to a park that’s lacking in entertainment options right now (with the acrobats missing from Africa and Finding Nemo The Musical still closed). 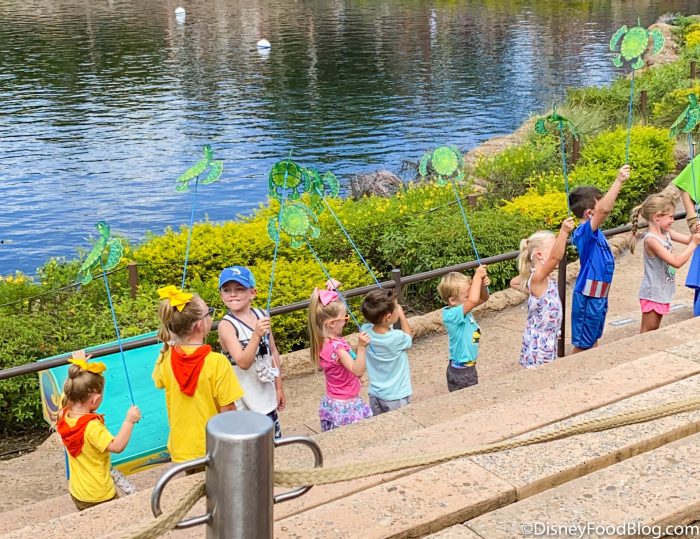 Turtle Parade with all the kiddos!

All in all, we don’t really see any downside to Disney KiteTails. It’s fun, entertaining, and if you catch it at the right time, it just might make you laugh! Definitely give it a try on your next visit to the park. 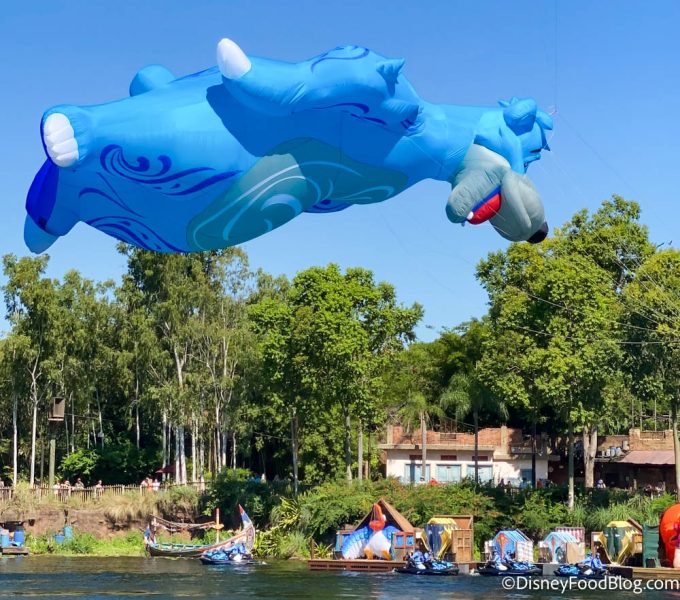 Want a glimpse of the kind of top-drawer entertainment you can expect from Disney KiteTails? Check out our TikTok!

Stay tuned to DFB for more Disney news and updates, along with all the details you need for watching the new entertainment offerings in the parks!

Click Here to Check Out All the 50th Anniversary Snacks in Animal Kingdom!

Have you seen KiteTails yet in Disney World? Let us know your thoughts in the comments!

« Which Parks are Still Available During the Holidays in Disney World?
PHOTOS: The Closest You’ll EVER Get to Staying the Night INSIDE Disney’s Haunted Mansion »