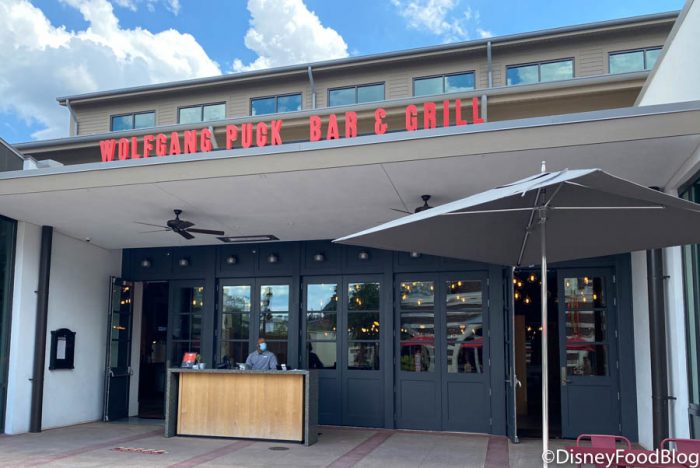 But since today’s Wednesday, we stopped by the restaurant to see how they’re doing since they’ve got big plans for Father’s Day including a huge feast for dads!

END_OF_DOCUMENT_TOKEN_TO_BE_REPLACED

is getting into the spirit of Get Your Ears On with three specialty items — two winners and a dud. Our Disneyland correspondent (HI!, @DiningInDisney!), give us the a slice of the action. We appreciate the creativity of putting literal fresh veggies on top of the pizza, but looking at it, we’re definitely missing some of the sauces they claim are on it. Maybe some creamy ranch would help?

END_OF_DOCUMENT_TOKEN_TO_BE_REPLACED

Welcome back Carrie Hayward as she returns to show us specialty menu items from Disneyland’s Soundsational Annual Passholder event! And don’t forget to read Carrie’s bio at the end of this post — she’s pretty amazing!

Over the last week, Disneyland has hosted two after-hours parties to give annual passholders an up-close look at the new Soundsational parade and how it was created. Four special menu items were introduced for the events, each available at a different location and only between the hours of 4pm and midnight that day. However, word on the street is that one or more of them may have been a test for future inclusion on park menus.

The last Disney hot dog I ate was at Walt Disney World (at Disneyland, I go straight for the corn dogs) and it didn’t seem particularly puny or bland, so I can’t comment on whether the new dog is an improvement.

Disneyland’s has a snappy casing and a salty, beefy taste. The macaroni and cheese was not quite up to par with my beloved Walt Disney World Mickeyroni — more plasticky and less cheesy — but it still had that satisfyingly creamy quality that tells you you’re eating a hot dog covered with mac ‘n’ cheese!

The bacon crumbles were the packaged kind you can buy at the market and didn’t taste like much of anything… think of them as savory sprinkles. Soundsational “Cupcake” – Blue Ribbon Bakery
As it turned out, there was no Soundsational cupcake at Blue Ribbon Bakery on either party night, and at the first party, bakery cast members acted as if the sign announcing the cupcake was the first they’d heard of it. By the time the second party rolled around, the chef had pulled something together on the fly — a chocolate-chocolate chip muffin topped with cream cheese frosting and a white chocolate Mickey pumpkin.