You’re probably seeing a LOT of Black Friday deals today…but did you know you could also find a sale for Disney on Broadway?

Disney on Broadway’s The Lion King and Aladdin returned to the stage a few months ago and now you have a DEAL on seeing them BOTH. Yep, there’s a Black Friday offer that gets you a seat at BOTH iconic shows.

END_OF_DOCUMENT_TOKEN_TO_BE_REPLACED

We’ve been speculating a lot about when Broadway could return to New York City, and last week we heard that it was officially reopening on September 14th, at 100% capacity. But of course, we’re Disney people here at DFB, so we were left wondering what that meant for our favorite Disney shows on Broadway. And now, we have the answer!

END_OF_DOCUMENT_TOKEN_TO_BE_REPLACED

It’s been over a year since Broadway initially went dark due to the ongoing health crisis.

Throughout the year, there have been a few ways to get your Broadway fix in, but it’s not quite the same as sitting in a theater and watching the live performances. And, as we approach the current suspension of ticket sales through May 30th, 2021, there may be hope for Broadway fans who are hoping for a return to the theater.

END_OF_DOCUMENT_TOKEN_TO_BE_REPLACED

Still reeling from Hamilton‘s release on Disney+? Well, buckle up! 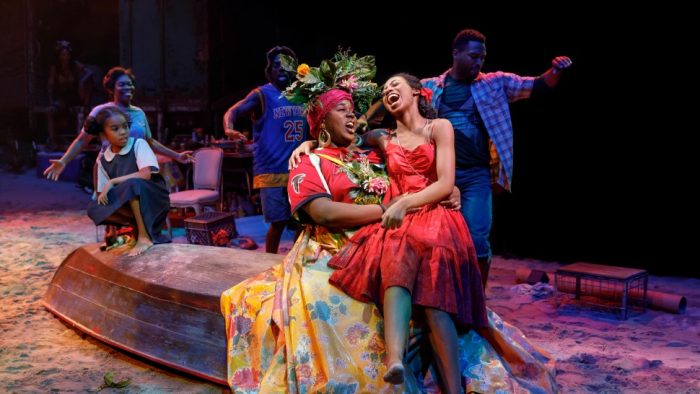 We’ve been thinking that Disney+ could use more Broadway musicals — after all, Hamilton was a HUGE hit! We’ve heard a lot of non-musical news for the film’s coming to Disney+, but now, theatre-goers can rejoice! A film adaptation of Once on This Island is in the works for Disney+.

END_OF_DOCUMENT_TOKEN_TO_BE_REPLACED

Broadway was an early suspension as the global health crisis ramped up, and it may not be able to come back anytime soon.

Today, just hours after we found out that a recording of the Original Broadway Cast of Hamilton will be coming to Disney+, it was announced that Broadway is set to remain closed through labor day, at least.