Why it seems like only yesterday we told you guys we’d expanded our Disney Food Blog apparel line
and added the ability to get many of our most-popular graphic tee designs printed on face masks now! 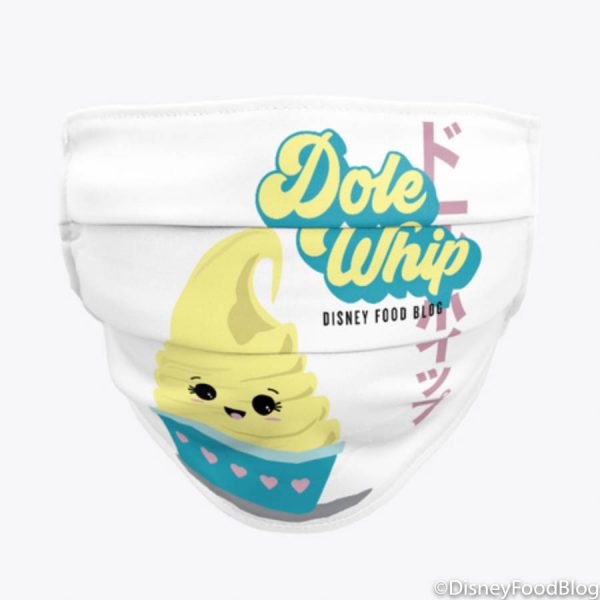 But hold the phone — that’s because it HAS only been ONE day since we officially launched our new DFB face mask collection! And believe it or not, we’ve already added a TON of new styles!

END_OF_DOCUMENT_TOKEN_TO_BE_REPLACED

There are some fun Tables in Wonderland perks and events over the next couple of months! First up, members will receive a discount on Cirque du Soleil: La Nouba tickets in Orlando’s Downtown Disney from April 17th-May 11th! Next, another Flower Power Happy Hour will be happening in May. And The Wave has another great dinner planned!

Tables in Wonderland members will receive a discount on tickets for themselves and up to three guests at 6pm and 9pm performances Tuesday-Saturday between April 17th and May 11th, 2012. Held in the special event space atop the Norway Pavilion at Epcot®, join your fellow Tables in Wonderland members for a cocktail hour and then reserved seating for the Flower Power concert of Herman’s Hermits starring END_OF_DOCUMENT_TOKEN_TO_BE_REPLACED We headed back to the Grand Floridian as it neared event time, and there were many people already there. We explored the set up, had our picture taken with Mickey and Minnie in their beach attire, then filled up END_OF_DOCUMENT_TOKEN_TO_BE_REPLACED