If you’ve been following along at DFB for a while, you know that Via Napoli stole a pizza our hearts from the beginning. Even though there are plenty of exotic foods all around the World Showcase in Epcot, we find ourselves being drawn back to their classic Italian dishes time and again. 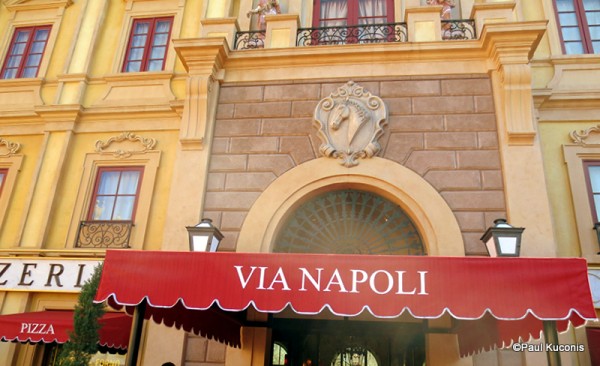 It’s like a trusted friend or coming home after a long time away — it’s become a reliable and comfortable staple for us. So you won’t be surprised that we snuck another trip back to Via Napoli into our last trip to Disney World! We are reporting back on whether one of our favorite pizza spots lived up to our cheesy expectations!

END_OF_DOCUMENT_TOKEN_TO_BE_REPLACED

Between decorating the park, kicking off Mickey’s Very Merry Christmas Party, and introducing a bunch of treats and sweets the Magic Kingdom found a way to do even more updates! We collected all the menu updates, merchandise introductions, refurbishment projects progress, and even more holiday eats right here for you! That’s a view that we could look at all day! Cinderella Castle, Fireworks, and Characters! Even Mickey is there — before his big day this weekend when he turns 90!

END_OF_DOCUMENT_TOKEN_TO_BE_REPLACED Once the rain lightened up, I stepped outside once more to END_OF_DOCUMENT_TOKEN_TO_BE_REPLACED