Sonoma Terrace is getting in on the action this year at the 2020 Disney California Adventure Food and Wine Festival! 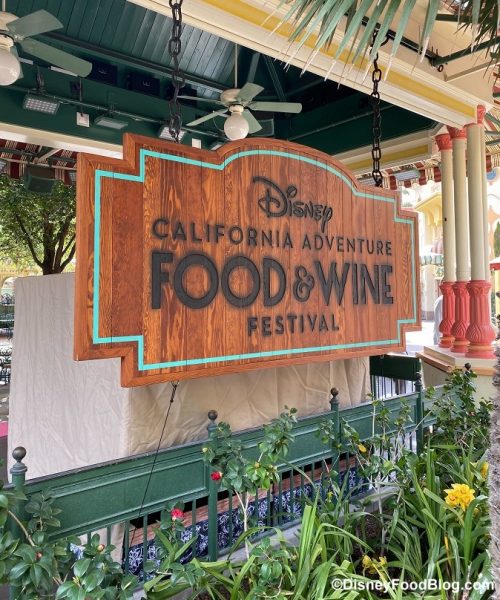 While this lounge normally serves PLENTY of drinks and a few bar snacks, we’re trying out some mainstays and the new selections, which will be served from February 28 until April 21, 2020, to celebrate all things food and wine!

END_OF_DOCUMENT_TOKEN_TO_BE_REPLACED

This past Sunday was National Peanut Butter Day!! But, you guys know that around here, every day is peanut butter day, so… I couldn’t wait to tell you about this ah-mazing snack I tried last week!

It’s at Sunshine Seasons, which is one of the best counter-service joints in Epcot. It’s home to yummy breakfasts (including their Croissant Berry Bread Pudding), healthy grab and go eats, and dinners that rival many table service meals.

It’s also THE place for some fabulous snacks in Epcot, including Strawberry Shortcake, the Red Velvet Whoopie Pie, and one of my favorite carrot cake cupcakes on property.

But, now, I’ve found something that puts all of that to shame. I’d heard rumors about this awesomeness, and — FYI — they’re TRUE. Honestly, it doesn’t look like much at first glance. But, you can see that the Brownie Batter is swirled with Peanut Butter. So that’s awesome. A thin Caramel Glaze adds another element to the top. But then, you cut into it and you see that there’s far more here than meets the eye initially. Inside, you meet with a thick ribbon of END_OF_DOCUMENT_TOKEN_TO_BE_REPLACED Menus While You Wait
My guess is that there were approximately 100 people in front of us in line, but we managed to order and have our food on the table in about 25 minutes. The line was outside the building and wrapped back to the temporary ice skating rink, but there were friendly Earl helpers END_OF_DOCUMENT_TOKEN_TO_BE_REPLACED