Still, as we’ve seen in Shanghai, things might be pretty different when we get back into the parks. The past few weeks have shed some serious light on what the domestic parks may look like thanks to observations in China, comments from Disney executives, and the proposed reopening plan for Disney World.

If you want to head to Disney World on reopening day, you’ll want to keep these things in mind.

1. Before you go, consider what travel will look like.

First off, be aware that your travel plans might look a little different — particularly if you’re flying. Though some states have suggestions not to travel, you shouldn’t have as much to worry about if you’re driving to Disney World (but always check on the current policies for your home state and for Florida!). 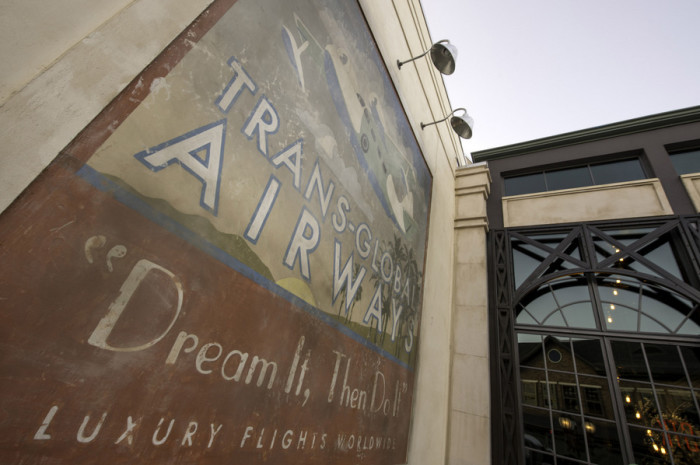 Flying is a whole different story. There may still be some travel restrictions such as limited flights and lower capacities. Plus, airports could be utilizing new health and safety measures that elongate your time pre or post-flight. Airlines are facing major changes due to the global health crisis, and it is still to be seen what the long-term effects may be.

If you’re planning a trip to Disney for the reopening, make sure you have your travel plans worked out. Be sure to allow some extra time for potential hang-ups, longer queue lines, and other surprises during travel.

See what changes are being made with the TSA here.

2. You might need to make a reservation — even if you have an Annual Pass.

With capacity limitations, you may need to think about the prospect of HOW to get into Disney World. In Shanghai Disneyland, the parks are currently limited to a capacity of less than 30%. If a similar tack is taken in the US parks and demand is high, that may mean that not everyone will make it into the parks. 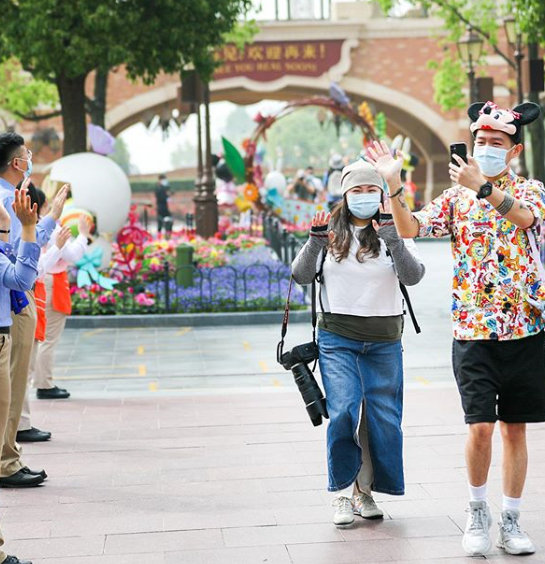 Shanghai is currently using an advance reservation system that allows guests, even those with Annual Passes, to reserve time in the parks for a specific day. On top of that, Shanghai saw pretty quick sales when tickets opened up.

Disney World’s proposed reopening plan included the creation of a new theme park reservation system. Though we have few details at this time, this could be used similarly to Disney Shanghai to help limit capacity. Right now, all we know is that some guests, including Annual Passholders and guests with Disney World hotel reservations, will be offered priority access to the reservations system.

Don’t count on being able to walk up to the park entrance to snag your ticket; this trip might require some forethought. Keep an eye on DFB to find out what expectations Disney will have for guests as we learn more.

3. You should go ahead and get used to wearing a mask.

It’s true, it’s going to be an adjustment for all of us, but you should probably get used to wearing a face mask. Face masks are currently required for Cast Members and guests in Disneyland Shanghai, in Disney Springs, and at Universal Studios; and we now know that they will be mandatory in the reopened parks and elsewhere on property, per the Disney World reopening proposal. 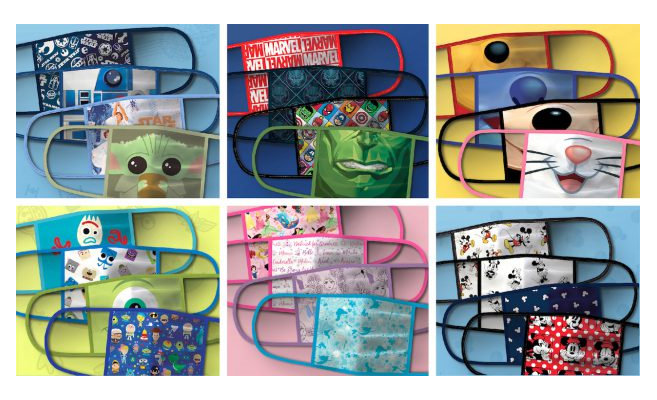 So, get used to wearing a mask before you have to wear it all day in the parks. Just like you practice walking for hours and break in those new shoes — practice wearing your mask and find a few that feel good and are breathable. Make sure that you don’t have any issues with the comfort of the material or the strings on your ears. Plus, Florida is hot and humid, so getting familiar with the sensation of having one cover your face may take some time.

Read our TIPS for wearing a face-covering in Florida HERE! 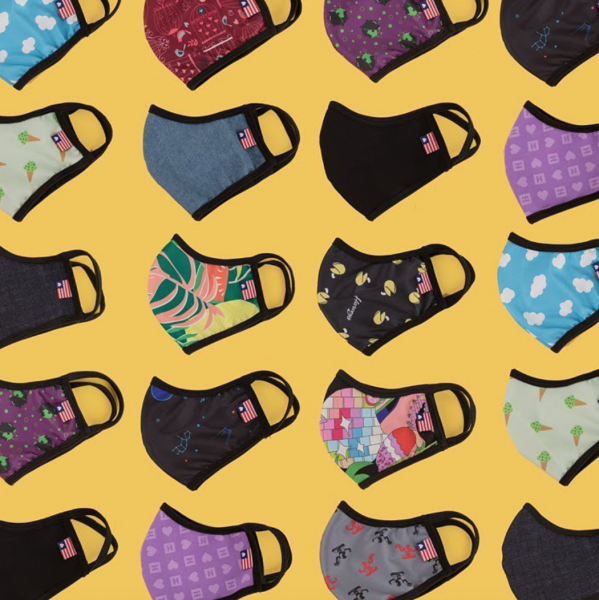 It’s also important that you consider your kids’ comfort and help them get used to masks so that they are happy following the rules. They may not fully understand why they need to wear a mask, so be sure to fully explain the situation to them. To make them more okay with it, you could even let them pick out their own Disney face mask online!

4. Be prepared for it to take a while to get into the parks.

Once you make it to Disney World, it may not be so easy to get from your car or transportation to the park gates. Be prepared for it to take a little while longer to get into your park of choice. The health crisis will mean new entrance protocols like we’ve seen at Disney Springs and proposed in the reopening plan with temperature checks. This could make entry lines long, especially early on as Disney tries to balance the new processes. 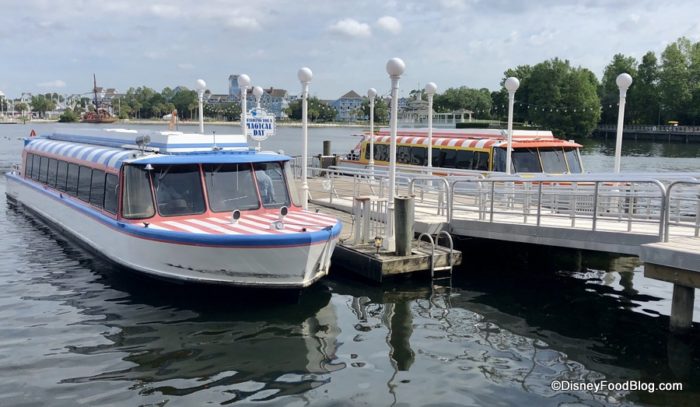 On top of that, there have been some updates to the Magic Kingdom entrance and the parking lots at the Transportation and Ticket Center that may not be familiar once you visit. You might be in for a long wait for a tram or a longer walk.

See how long it took for us to have our temperature checked in Disney Springs here.

Based on the opening in Disney Shanghai, it’s important that we realize we may not be able to do all the things we used to. In Shanghai, shows, characters, and entertainment have all been changed with some offerings canceled altogether. Now, a few weeks later, some experiences are returning, but it did take a little while. 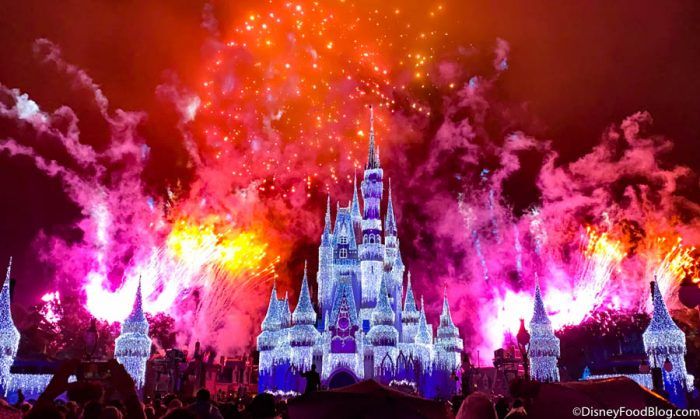 Fireworks will be canceled temporarily in Disney World

Similarly, Disney World has proposed that the parks will forgo experiences such as fireworks, parades, and character meet and greets initially. For many, this could make the parks feel a little bit weird while you’re there.

It’s important that you know that the parks may not feel like the Disney World you’re used to, especially right on opening day. This is probably a good talk to have with little ones as well! And remember, be patient and kind to the Cast Members, even if a cancellation or change disappoints you. This is a whole new world for them too.

Reopening day in Disney is sure to be an interesting and potentially historic occasion. We’ll be keeping you up to date with all the details on a reopening. Who knows! Maybe we’ll see you there when the gates open again.

Click here to learn more about the changes to entertainment in Shanghai!

Are you hoping to be in Disney World the day it reopens? Tell us in the comments!

« You Can STILL Score This Drink Discount in Disney World…But It’s a Little Different Now!
NEWS! Stance Has Reopened in Disney Springs (and the Pizza Planet Box is BACK)! »