It’s been over three months since Disney World reopened to the public after an extended closure. Over the past few months, Disney has been slowly reopening more resorts, restaurants, and experiences. 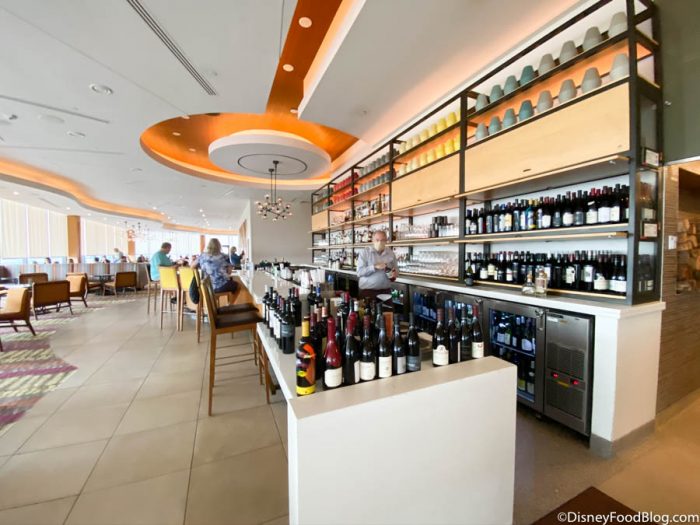 Most Disney restaurants have been limiting menus to adhere to the new safety regulations and shortages. We’ve been monitoring these changes while Disney adjusts to reopening under the new conditions. The Landscape of Flavors, Drop Off Pool Bar and Harambe Market are preparing to reopen. Meanwhile, the California Grill has been open for some time. All four menus have reflected changes on Disney World’s website recently.

The Landscape of Flavors

Disney’s Art of Animation Resort is set to reopen on November 1st, 2020. The resort’s quick-service breakfast menu has been updated with some big changes and eliminations. Namely, there’s a BIG lack of pancakes! 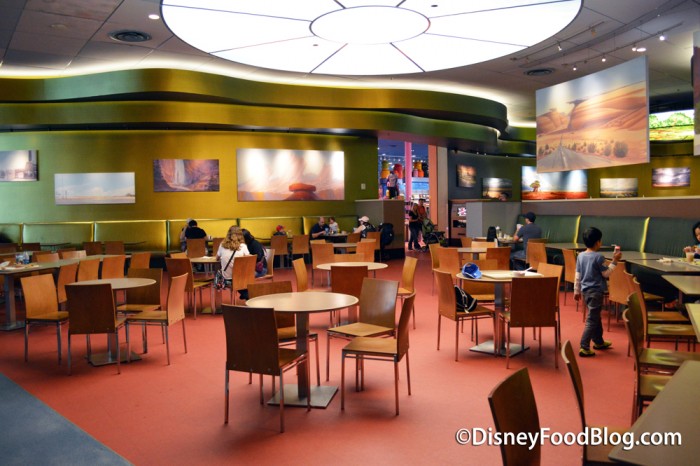 The menu boasted a hefty array of pancakes including vanilla, mixed berry, and chocolate chip. French toast and biscuits were also a part of some entrees. The pancakes, french toast, biscuits, and biscuit sandwiches have been removed from the menu. 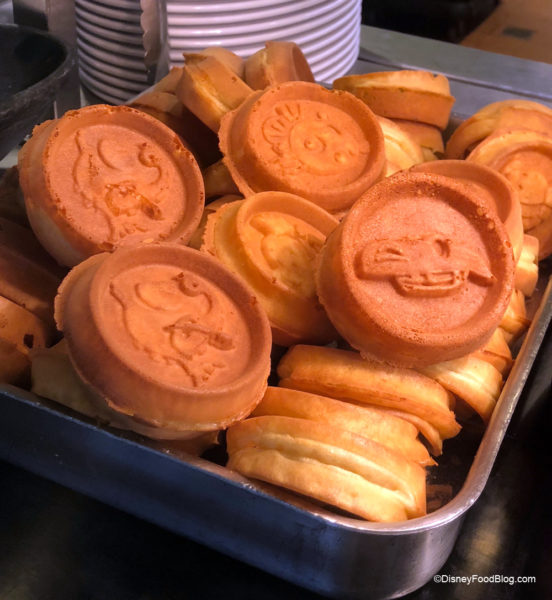 Character Waffles From Landscape of Flavors

The Landscape of Flavors also provided a Western Omelet, which has now been removed. The rest of the menu remains fairly untouched. The remaining items include breakfast sandwiches, character waffles, ham and cheese omelet, pastries, danishes, muffins, breakfast meats, steel-cut oats, and cereal with milk.

The Drop Off Pool Bar

The pool bar will also reopen at Disney’s Art of Animation. One major menu removal was the vanilla and chocolate ice cream! It seems the soft-serve ice cream will be down upon reopening. However, what we lack in ice cream, we’ll gain in CHEESE. A pretzel with cheese sauce and cheese curls were added to the drop off’s menu! 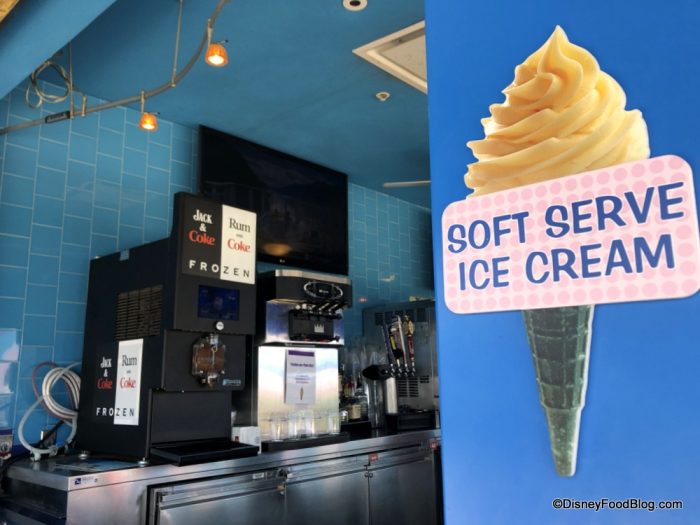 Still mourning the ice cream? Maybe the extensive amount of poolside cocktails that remain on the menu might help!

The Harambe Fruit Market reopened along with the rest of Disney’s Animal Kingdom. The quick-service location has yet to reopen, however. Two salads were added to the menu to compensate for some eliminations. This includes a Harambe Salad with chicken and a Harambe Salad without chicken. Both entrees are Mediterranean-influenced salad with pepperoncini, kalamata olives, cucumber, tomato, and feta served with Greek-style vinaigrette dressing. 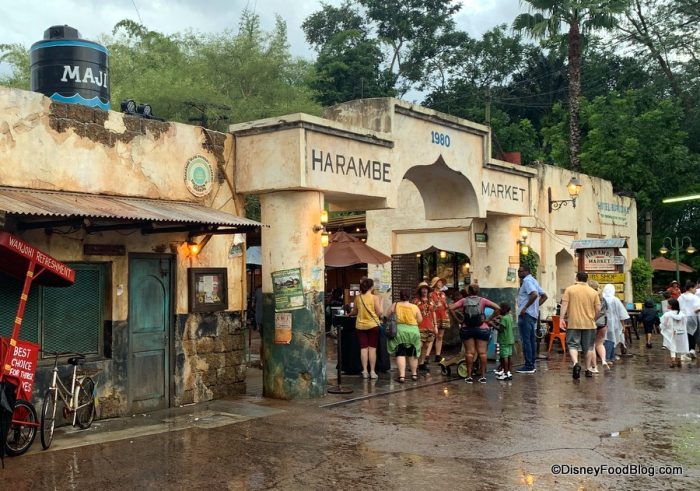 Harambe Market for Circle of Flavors, 2019 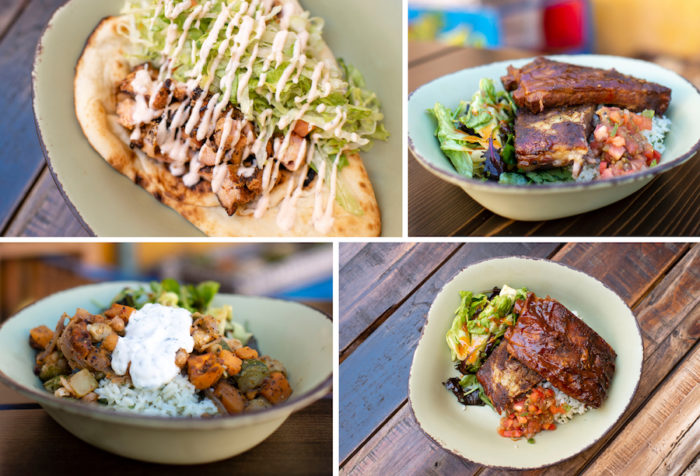 Also, ALL shaved ice items were removed from the menu! If you’re craving something frozen, head to the newly reopened Drinkwallah for now!

We stopped into California Grill at Disney’s Contemporary Resort when it first reopened. The menu has seen quite a few updates since our last visit. A potato pizza, tomato soup, Heirloom Apple Salad, Sonoma Goat Cheese Ravioli, Plant-Based Pasta, Braised Beef Short Rib have all been added to the menu! 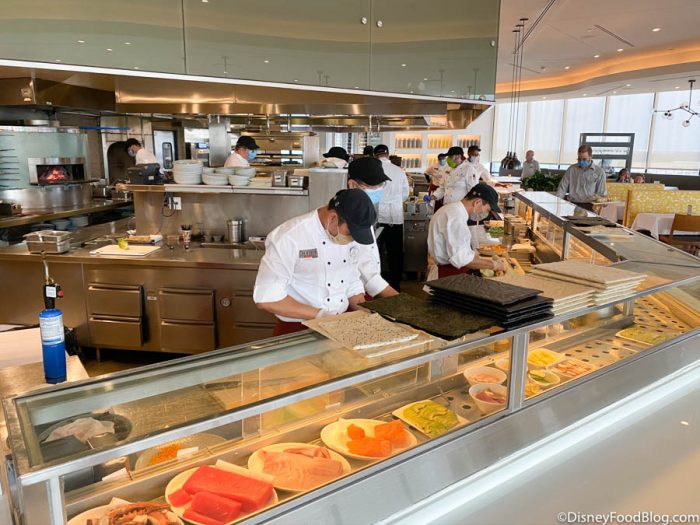 The Poulet Rouge Chicken also had a slight ingredient change. The chicken is now made with guava barbecue, fried green tomatoes, 3 bean salad, and black bean aioli. It used to be made with potato dumplings, leek cream, coal-fired cabbage, rye-caraway crumble, leg confit, and sherry jus. The only elimination from the reopening menu was the Truffle Selezione Pasta. 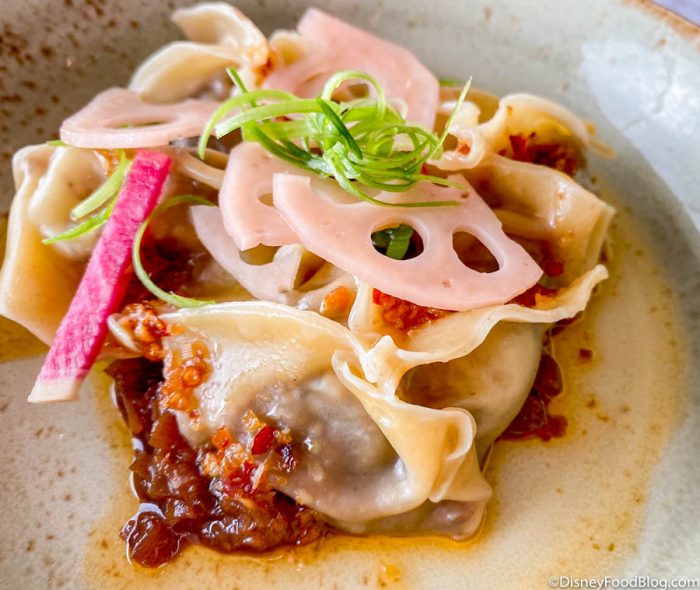 We’ll continue to monitor the menus, recipe changes, and foodie updates as Disney ramps up. Most likely, the menus will continue to adapt as more resources become available and safety procedures change.

Check out what the newly reopened 50s Prime Time Cafe looks (and tastes) like!

Have you visited any of these three restaurants? Let us know what your experience was in the comments!