We’ve been so busy trying out all the Valentine’s Day treats at Disney World! 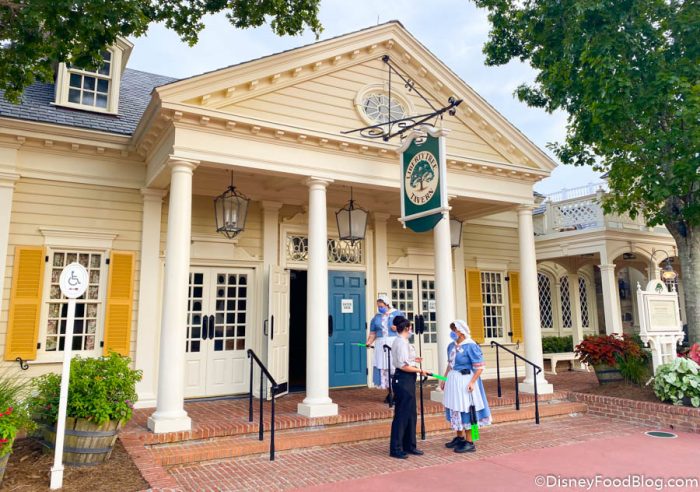 But while we were eating loads of cupcakes, chocolates, and brownies, we were also tracking all the latest menu updates at Disney World! Because that’s what we do!

Most of this week’s updates are of the boozy kind, but Disney has also snuck in a few new entrees and snacks.

Speaking of booze, there are quite a few new drinks to choose from while eating traditional English fare over at the Rose and Crown Pub at the U.K. Pavilion First, a new section called “Cognacs (2oz pour)” was added to the menu. And Courvoisier VS was added to that section for $15. Oh, yeah, we’re going to have to try that. 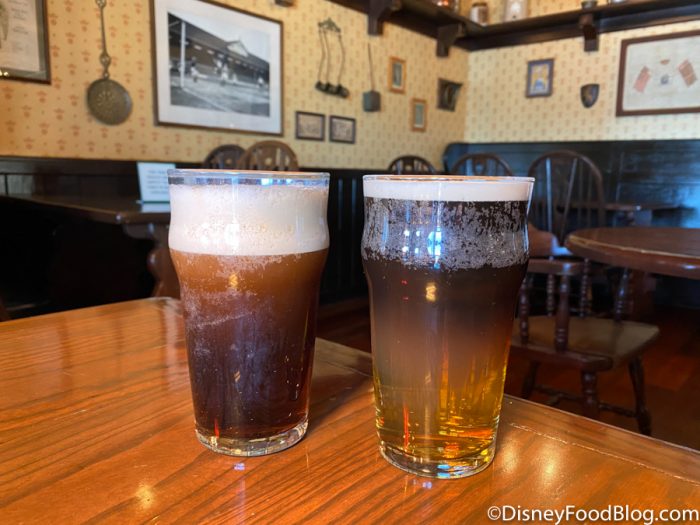 Black Velvet and Bumblebee at Rose and Crown 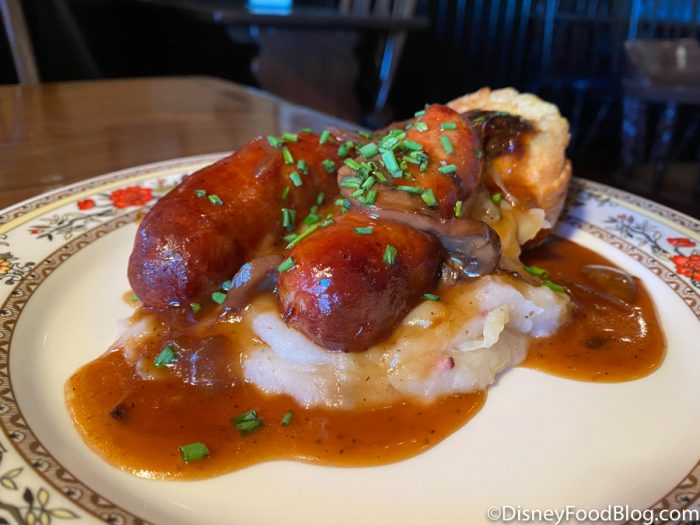 Interestingly enough, though, this restaurant is scheduled to temporarily close for refurbishment on February 15th. So if you’re wanting to try any of these new drinks out, better get there quickly!

Read our latest review or Rose and Crown

Teppan Edo — in Japan — has added another choice to its Entree Combinations: Tsukiji, which is Scallop and Steak served with Sunomono Salad, Vegetables, and Steamed White Rice for $39. 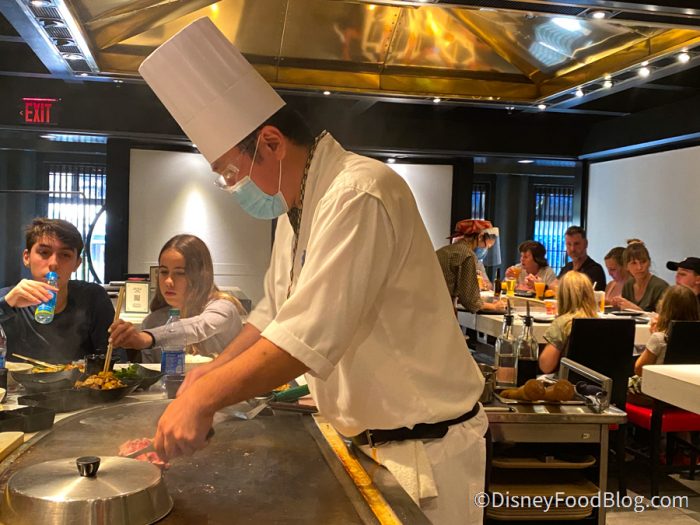 Everything else on the menu remains the same. We’ve always found the food here consistently good, even if it is yet another teppanyaki style dining joint. But it’s a DISNEY teppanyaki dining joint.

Liberty Tree Tavern (just thinking of this restaurant makes us drool because of the Ooey Gooey Toffee Cake) has also made some changes to its alcoholic beverages menu: 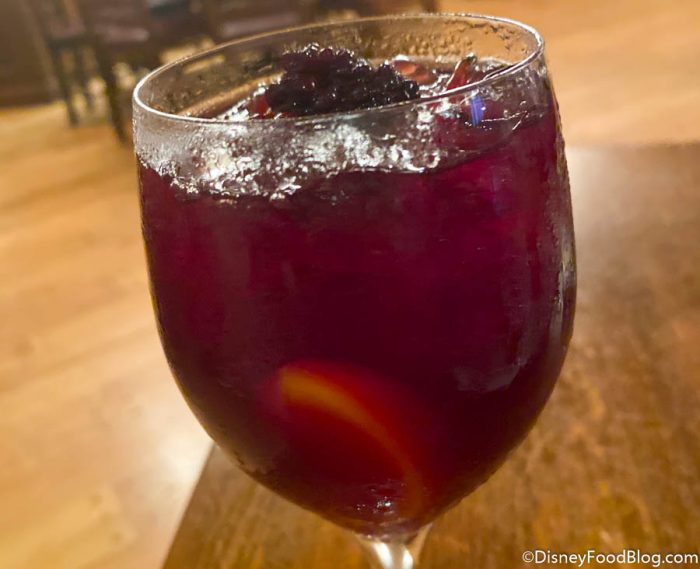 The rest of the menu has not changed. Whew! We’re not sure we could handle letting any of our favorites go here. 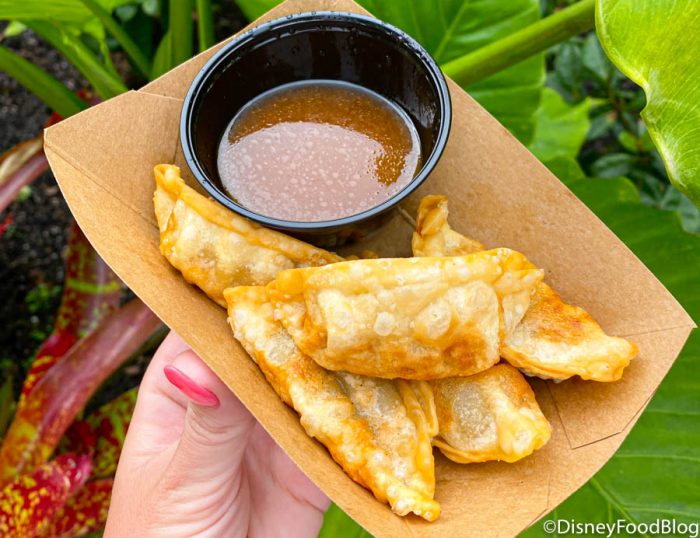 These will help us get over the fact that our much loved Spring Roll Cart is currently closed. It’s not EXACTLY the same as those spring rolls, but the potstickers do make a good substitute snack.

Read our review of the Potstickers

Over at the Grand Floridian, we’ve got a price increase on wine at Narcoossee’s. La Giaretta Amarone has increased from $19 to $20 per glass and $69 to $79 per bottle.

This is, however, the only menu change at this location.

The Hurricane Hanna’s pool bar at Stormalong Bay has a few price changes on some food items: 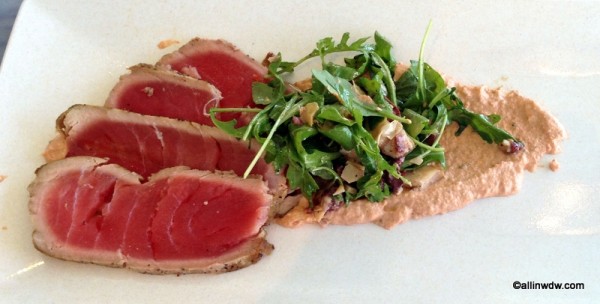 That’s right — one of these items actually went DOWN in price — yeah, we’re shocked, too! 😲

The Ale & Compass Lounge has switched out their vodka and cider, so if you’re particular about brands, here’s what’s changed: 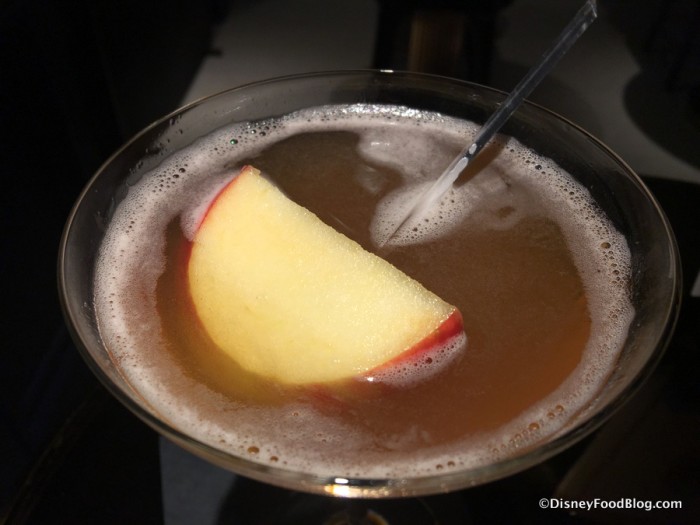 Don’t worry, though — there are still plenty of unchanged drinks on the menu!

We’re still a little bummed that we can’t get those outrageous Beaches and Cream shakes from the To-Go window while it remains closed, but we lucked out this week — two of those shakes are now available at Martha’s Vineyard Lounge. SCORE! That includes the Mickey Funfetti Vanilla Specialty Shake, which is a Vanilla Milkshake, rimmed with Buttercream Frosting and Sprinkles, and Topped With A Funfetti Cupcake. 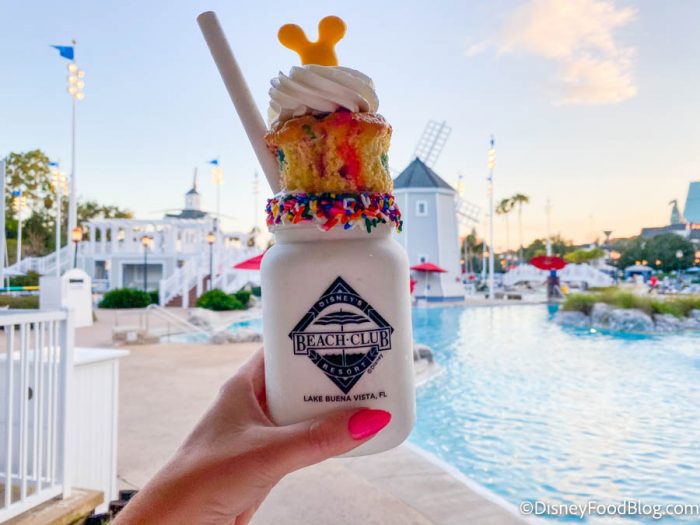 You can also grab the Chocolate Brownie Specialty Shake, which is a Chocolate Milkshake, rimmed with fudge and chocolate sprinkles, and topped with a gooey chocolate brownie. Both shakes come in a signature Beaches and Cream mason jar and cost $15.

Here’s more about those shakes at Martha’s Vineyard!

So this isn’t exactly a menu update, but the hours you can grab food from Siestas Cantina Lounge have changed, so that could be some handy info. to have. Hours for food have gone from 12PM to 7PM to 11AM to 6PM. 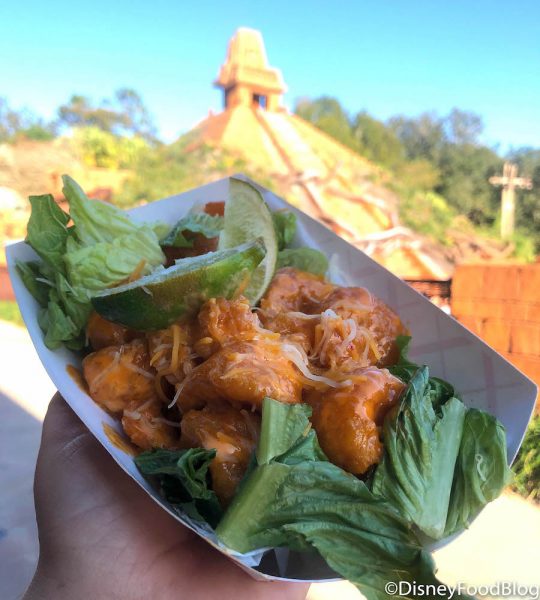 When we’ve  got a craving for traditional Spanish food, Jaleo is at the top of our list! And now, Jaleo is offering a unique chef’s tasting menu called Tour de España! It’s five courses of the best of Spanish cuisine, including paella. 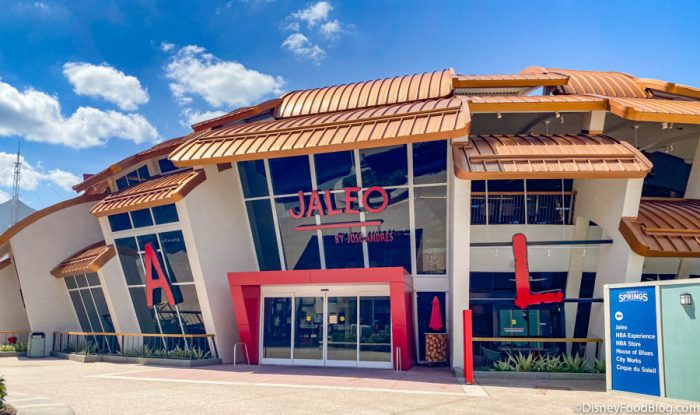 There’s just one catch, though — this offering is only available on Wednesday nights. Reservations are available via OpenTable. And reservations are highly encouraged as this is a once a week kinda’ deal.

Learn more about this dining experience

Looking to satisfy that urge for some Italian food? There are a couple of new food items on the menu at Terralina Crafted Italian! 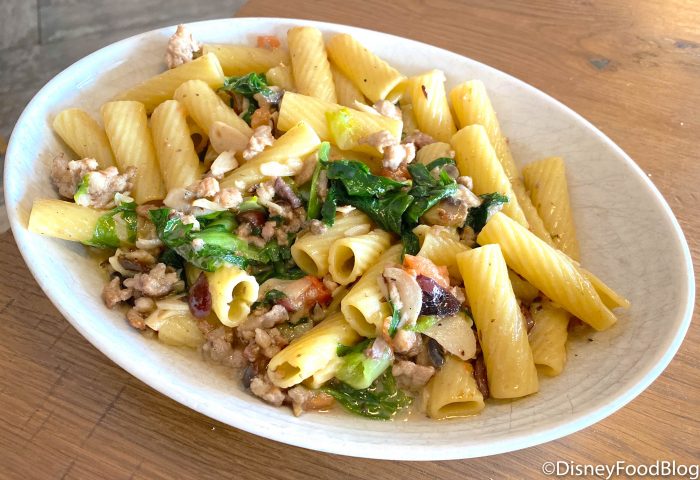 And although one Pizza was removed from the menu (the Funghi Wood-Fired Pizza), two brand new pizzas have been added:

And now that we’re craving pizza, we’ll finish our updates here. But we’ll be back soon with even more because the food at Disney World is always changing, and we wouldn’t have it any other way — we’re always about new things to eat!

Review: Even Without Fireworks, This EPCOT Restaurant Is Worth Your Time

Have you eaten at any of these restaurants recently? Let us know what you think of the menu changes in the comments!

« Looks Like EPCOT is Ready to Move On To Its Next Festival!
How Many Floral Minnie Ears Can Fit in a Disney Springs Shop? (Spoiler: It’s a LOT) »