Disneyland Park and Disney California Adventure Park are both set to reopen on April 30th and we are counting down the days!! 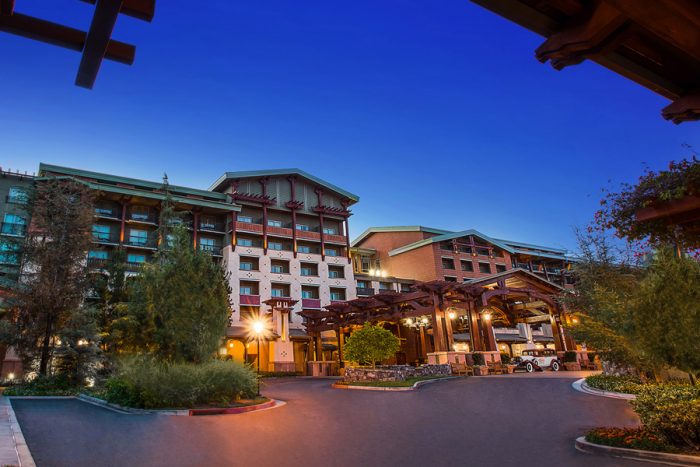 Just a few weeks ago, Disney announced that the Grand Californian Hotel over at Disneyland Resort would be reopening on April 29th, with limited capacity. Disney has noted that the two other Disneyland Resort hotels — Disney’s Paradise Pier Hotel and the Disneyland Hotel — will reopen at a later date. 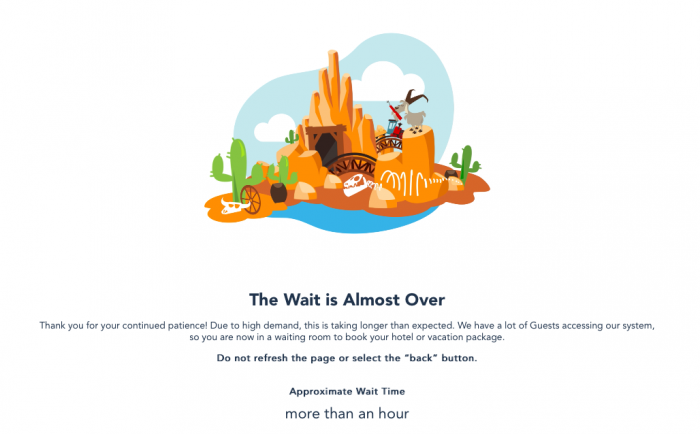 We still have not been able to book a hotel room yet, but we expect this wait time and your ability to actually access the reservations page may vary.

Update: After some waiting, one of our team members was finally able to get through! Once we got past the waiting room, we were able to put in the dates we wanted to check availability for. Again, note that the hotel reopens on April 29th. 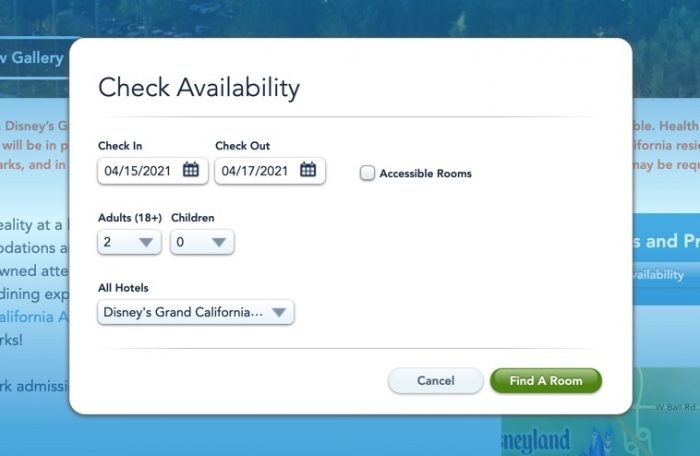 Then, we were able to look at the rooms available for the period we selected. 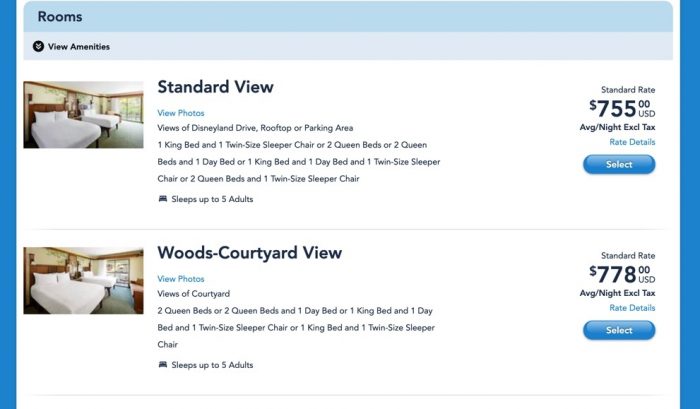 We were also given the option to add tickets onto the hotel room and book a room and ticket package. Today, tickets for the Disneyland theme parks also became available. Just keep in mind that Park reservations are required to enter the parks in addition to those tickets. And note that only California residents will be able to enter the theme parks when they first reopen. 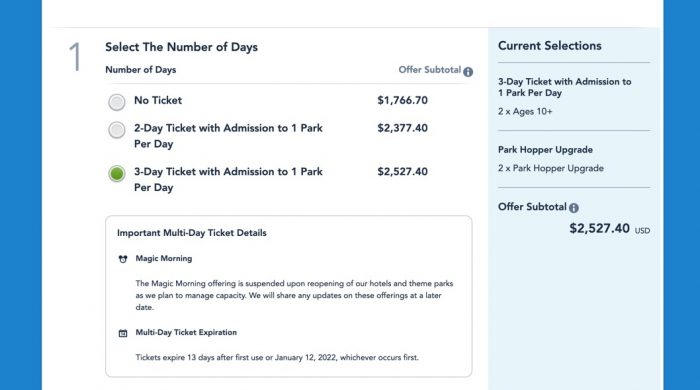 A Peek at the Process ©Disney

The Disneyland website species that the Magic Morning offering is suspended, and that the multi-day tickets expire 13 days after their first use or January 12, 2022, whichever occurs first.

Also, we were prompted with a reminder that only California residents will be able to enter the theme parks when they first reopen.

And then we were able to finalize our order!

If you’re hoping to stay at the Grand Californian, be sure to join the waiting room to try and get your reservations while they’re available! Since the Disneyland theme parks will be officially reopening for the first time since the historic closures, we expect demand for the parks and the Grand Californian Hotel may be very high. 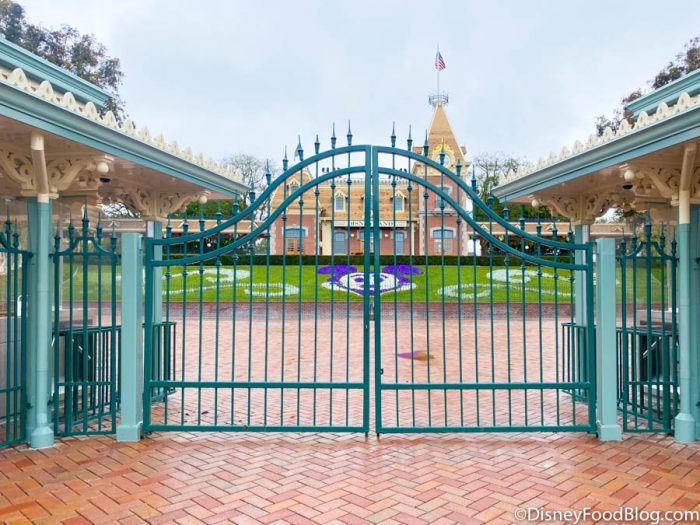 These Gates Aren’t Open Yet!

When the Grand Californian reopens, there will be modified amenities and recreational activities available.

Click here to get a full list of the dining, shops, and activities that will be available when the hotel reopens!

Also, keep in mind that The Disney Vacation Club Villas at Disney’s Grand Californian Hotel & Spa will reopen just a few days after the main hotel. The DVC Villas will reopen on May 2nd, 2021. 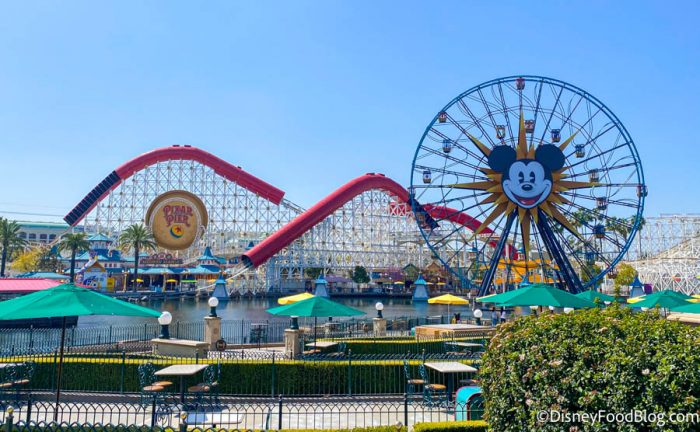 We’ll continue to look for more updates about Disneyland’s reopening and let you know what we find.

Are you planning to visit Disneyland soon? Tell us in the comments.

« Disney World Is Finding NEW Ways To Keep Track of Capacity!
OK…This Bear GETS IT When It Comes to Disney Snacks! 🐻 »