We’re seeing restaurants and hotels reopening, health and safety measures shifting, and suspended events returning. But not everything is as it was before just yet! There are still quite a few things that haven’t returned to Disney World since the extended closure last year.

FastPass+ previously gave guests the opportunity to skip long lines for popular attractions throughout the parks. But when Disney World reopened last summer, the feature was temporarily suspended to allow for “additional queue space to manage capacity at and maintain physical distancing.” There has been no word on when we’ll see it return.

The FastPass+ queue space isn’t being largely used right now — it seems to be reserved for Disability Access Service, Club 33 members, and other special cases. But before FastPass+ is opened back up to the general public, we may need to see big changes to Disney’s current capacity restrictions. 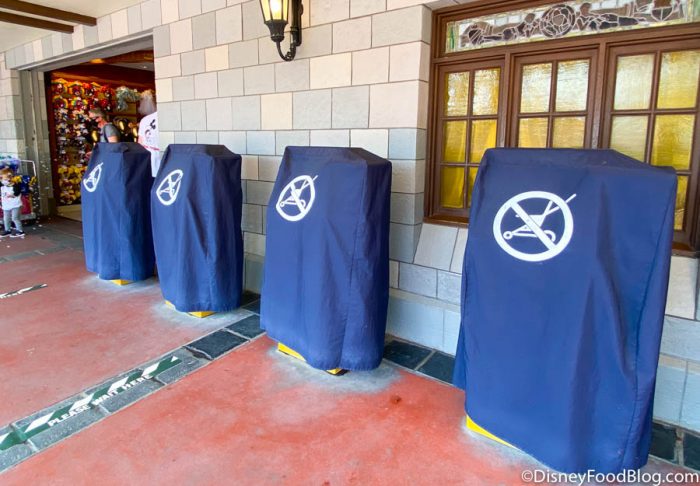 Currently, Disney has removed the FastPass+ feature from the My Disney Experience app, and has taken down some FastPass+ signs from rides. There’s no word yet on what that means for its return. We’ll keep you posted as we learn more!

Learn More About What’s Going on with FastPass+!

When the parks first reopened, many activities were temporarily suspended to discourage crowding. Firework shows were one of those things. While they briefly returned in a VERY modified format for the holiday season, big shows like Happily Ever After remain unavailable. 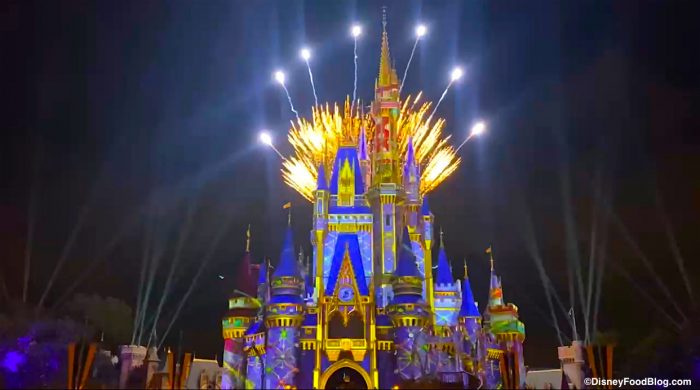 Although Disney does have a brand-new fireworks show in the works (Harmonious in EPCOT), there has been no announcement on when it will debut. In fact, Disney’s been pretty tight-lipped as construction has made MAJOR progress! 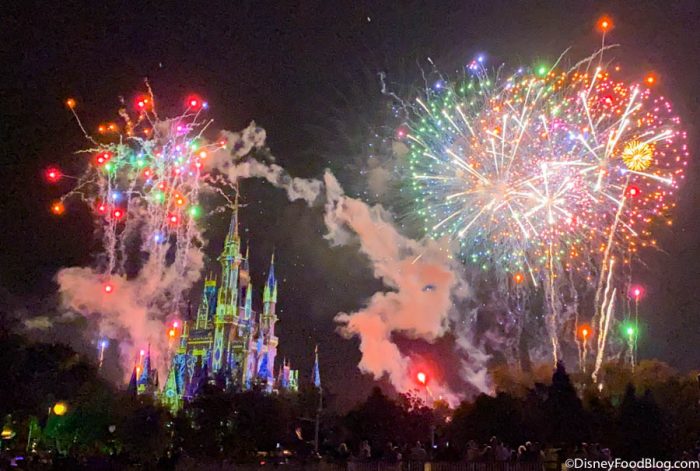 Again, we’ll likely have to see social distancing measures lessen (which Disney Word is working towards) before fireworks can return. Disney would really have to come up with a way to avoid crowding. And bringing them back could also open a pretty big can of worms for the rest of Disney entertainment, much of which is also temporarily suspended.

Here’s What We Know About EPCOT’s New Fireworks Show!

Like we mentioned, a lot of Disney’s other entertainment is also temporarily suspended! That includes live shows like Indiana Jones Epic Stunt Spectacular in Disney’s Hollywood Studios, Finding Nemo: The Musical in Disney’s Animal Kingdom, and more. 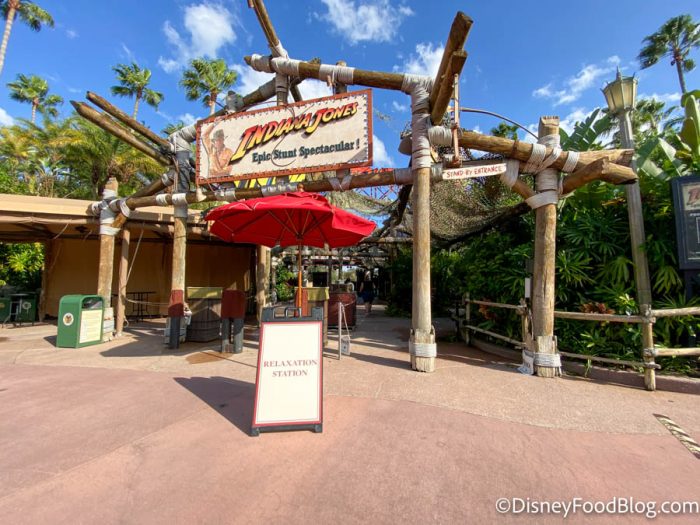 We have seen some entertainment return in a modified form, like the Jammitors, Mariachi Cobre, and Voices of Liberty in EPCOT, and the Festival of the Lion King show in Disney’s Animal Kingdom. But the large majority is still unavailable. 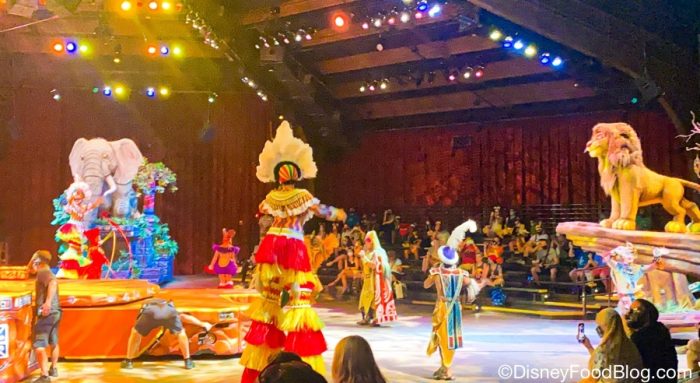 Performer layoffs for groups like the Grand Floridian Orchestra, Ye-Haa Bob, the Citizens of Main Street, and the Citizens of Hollywood may also affect select live entertainment’s return. We’ll keep a close eye on the situation and be sure to keep you posted!

Here’s What’s Going on with Entertainment in Disney World!

Disney’s parades, like the iconic Festival of Fantasy, were also suspended with the parks’ reopening. Again, this has a lot to do with discouraging crowds in certain pockets of the park. 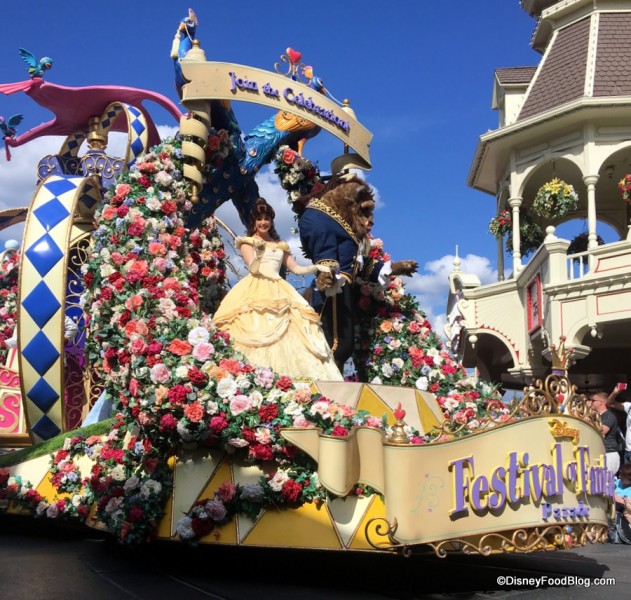 Currently, character cavalcades take the parades’ place. These “mini-parades” involve a few characters, some performers, and music. They pop up spontaneously throughout the parks, so guests don’t line up in crowds to watch them. 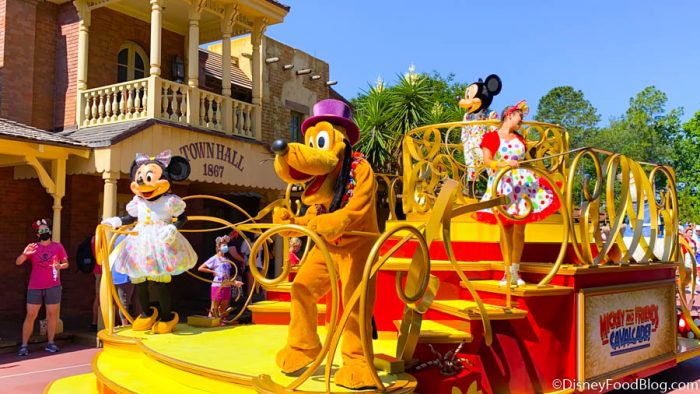 There’s been no word on when parades may take the character cavalcades’ place again. Disney has already announced that their Boo Bash Halloween After Hours event will feature cavalcades instead of parades, so we’re guessing it could be a while!

Check Out What Cavalcades You Can See in Disney World!

A lot of Disney rides feature a pre-show: many of us are familiar with the spiels before Soarin’, Dinosaur, Flight of Passage, and more. 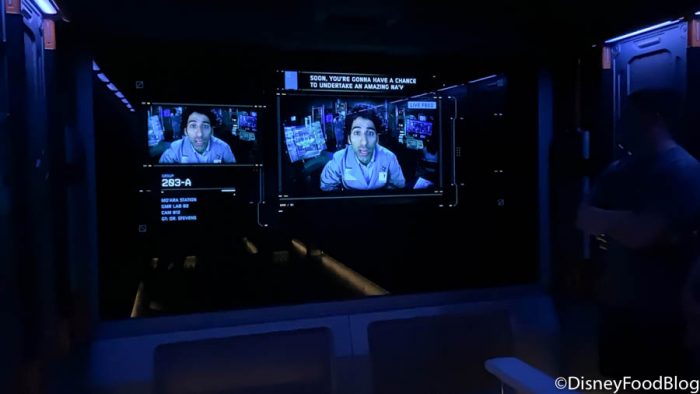 A lot of these pre-shows are situated in a closed-off room and are no longer feasible due to social distancing and holding large groups of people in a small space. Disney’s tackled this issue in a couple of different ways. Some pre-shows, such as Soarin’, Rise of the Resistance, and Flight of Passage, take place socially distanced, with fewer guests in the room at any given time. 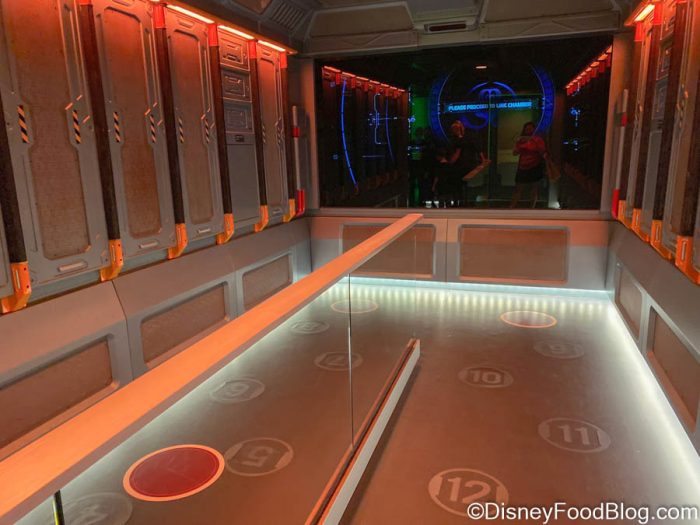 Flight of Passage Pre-Show with Markers

For other pre-shows, like Dinosaur, guests will walk straight through the room while the pre-show is playing. This will let you catch a little snippet of the backstory without standing in place for too long. 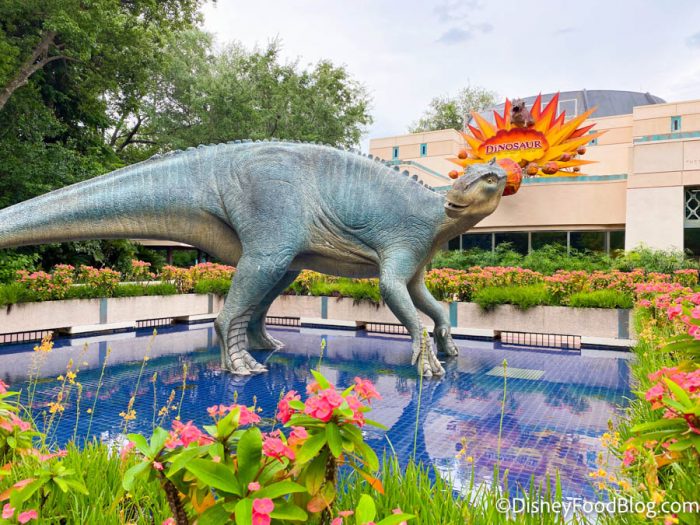 Lastly, in some cases, pre-shows have been eliminated altogether. This is the case at the Haunted Mansion, where guests will walk right through the Stretching Room without the pre-show playing in the background. 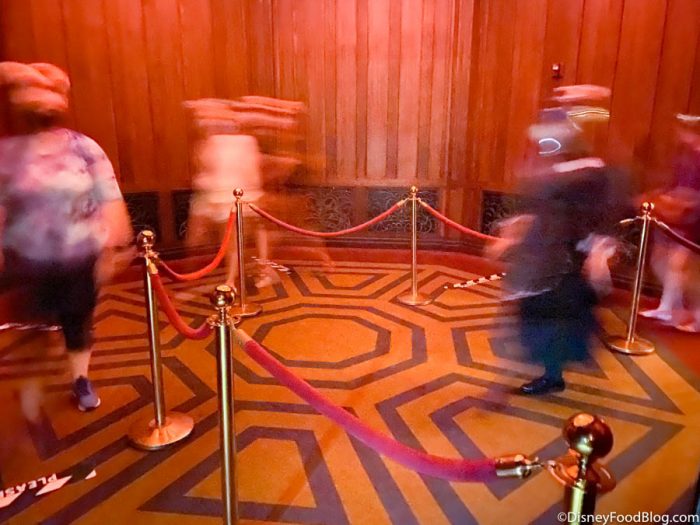 Walking through The Stretching Room

Here’s What Pre-Shows Look Like in Disney World Now!

Like with many other offerings, Disney temporarily suspended its Dining Plan when the parks reopened last summer. The feature previously allowed guests to pre-pay for a designated number of meals and snacks for their trip. Each person in your travel party would get a specified number of snack credits and fast food and/or sit down meal credits per day, along with a refillable mug. 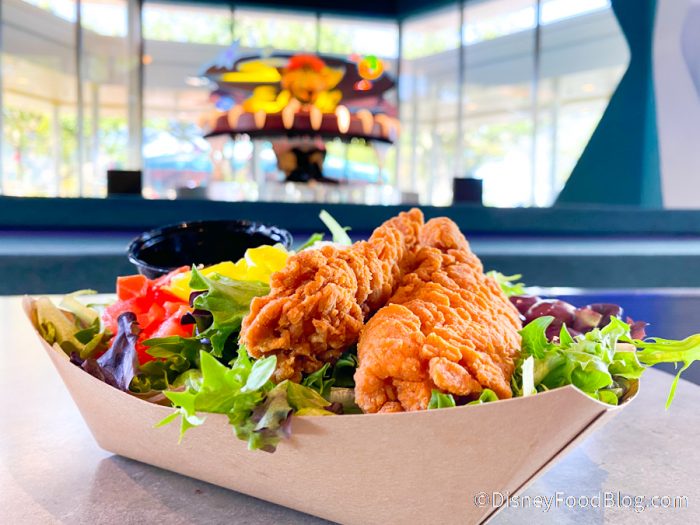 As you can imagine, this really helped people out when budgeting for their vacations! But, largely due to limited capacity and restaurant closures upon reopening, the Disney Dining Plan has remained unavailable. Currently, you’re unable to purchase a Dining Plan for both 2021 and 2022 bookings. Now, this doesn’t mean the Dining Plan won’t be an option in 2022 — guests may be able to modify their packages at a later date. But right now, that’s all an unknown. 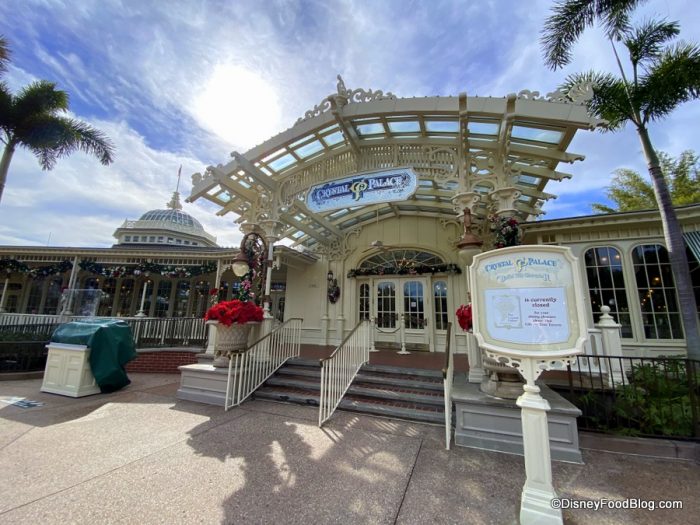 For the Dining Plan to return, we’ll need to see enough restaurants reopen and capacity increase so that the plan is worthwhile for guests. After all, that value has to be worth the cost! But while the feature remains suspended, we’ve got plenty of tips to help you save on your meals — for both Quick Service and Table Service eats.

Read More About When the Dining Plan Could Return!

As you can imagine, buffets are currently unavailable at Disney World restaurants due to safety precautions. Meals such as The Crystal Palace, Chef Mickey’s, and Hollywood and Vine, which were buffets pre-closure, are currently served family-style. 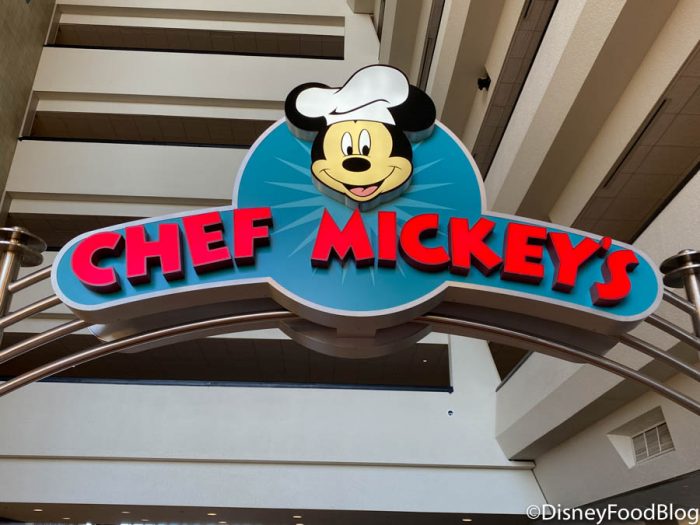 What does that look like? Well, you’ll still have plenty of options for what you want to chow down on! Your server will just bring a “mini-buffet” to your table. The all-you-care-to-enjoy meal will feature a wide variety of selections to meet everyone’s tastes. 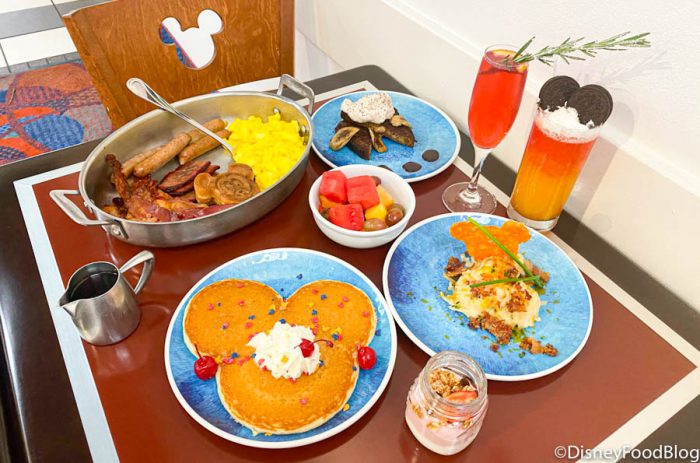 Again, no word on exactly when buffets could return. But in order for them to resume, we’ll need more than relaxed social distancing guidelines or a capacity increase. We’ll have to see a MAJOR return to normal instead.

Here’s What a Family-Style Meal Looks Like at Disney World Right Now!

Many of these “extras” may return to Disney World with further elimination of health and safety procedures. We are seeing progress back to “normal,” so there is a chance we could see many of these things back sooner rather than later. We’ll keep an eye out for any updates and keep ya posted, so stay tuned to DFB!

Check Out What IS Back to Normal in Disney World!

NOTE: Disney World has JUST announced a change in social distancing measures in select locations across property. We will continue to update you on what this means for the experiences listed above and more. Be on the lookout for more details in the coming days.

« What’s New in Disney’s Animal Kingdom: A T-Shirt Sale and a Moana Sand Sculpture!
We Ate a CANDLE (!!) for Lunch in Disney World Today! Would You?! »