In the blink of an eye, it’s already August! It was a busy month for Walt Disney World, and we saw a lot of announcements over these past few weeks. 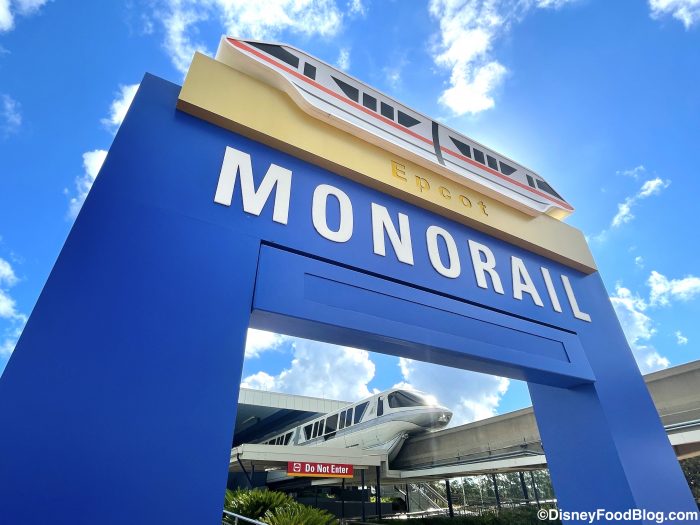 The EPCOT Monorail is back!

Now, we’re rounding up 10 new things that we found out in July. Let’s get crackin’!

Disney World now requires all guests, regardless of vaccination status, to wear masks in all indoor locations. Recently, Mayor Jerry Demings of Orange County, Florida stated that Central Florida is currently in “crisis mode,” and 1 in 5 new COVID-19 cases in the US are now occurring in Florida. 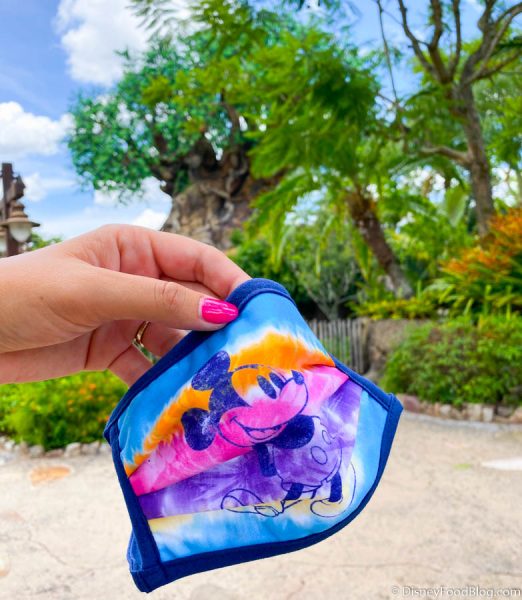 This change comes as the CDC recently recommended that vaccinated people living in places with high COVID-19 transmission should resume wearing masks indoors.

Keep in mind that Disney’s new mask policies are subject to change, so stay tuned for more updates regarding masks in Walt Disney World.

Disney announced that the Disney Dream will resume travel to the Bahamas starting on August 9th, 2021. 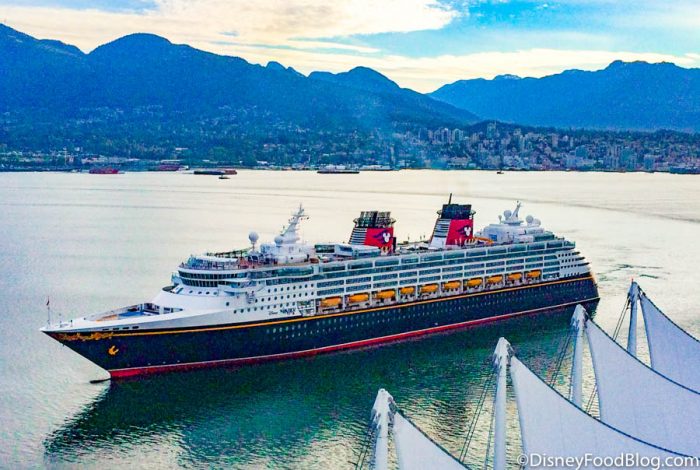 According to Disney, the ship will have new health and safety measures to protect guests, as well as “new and exciting ways to create memories together!” We’re looking forward to hearing more about the changes coming to Disney Cruise Line!

Read MORE about the return of Disney Cruise Line here! 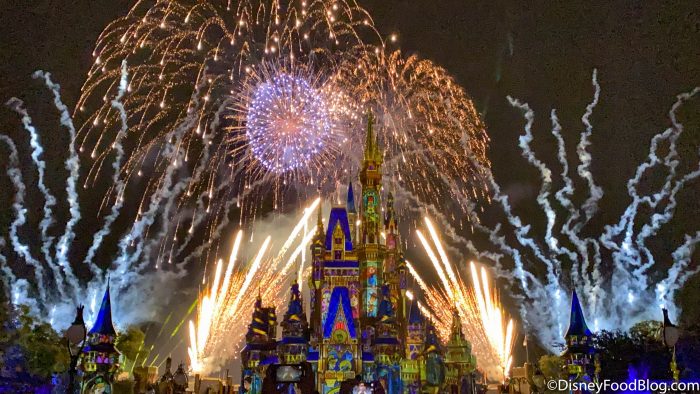 If you love Happily Ever After as much as we do, you can still catch it in the Magic Kingdom up until September 29, 2021.

The Wonderful World of Animation Show in Hollywood Studios is back! 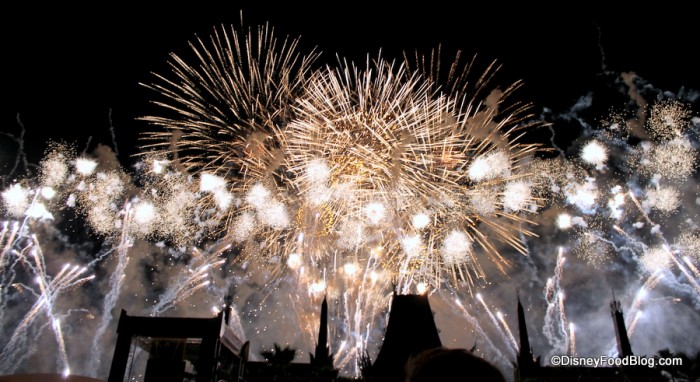 Guests can watch classic Disney animation come to life as it is projected on the Chinese Theatre, along with some fireworks! There is still no word on when Fantasmic! will return, but we’re hoping that it comes back soon!

We’ve learned a LOT about the 50th Anniversary celebration coming to all four parks in Walt Disney World this year. Between the (what feels like daily) Fab 50 Character Collection statue announcements and other surprise announcements, we can’t wait for the celebration to begin! 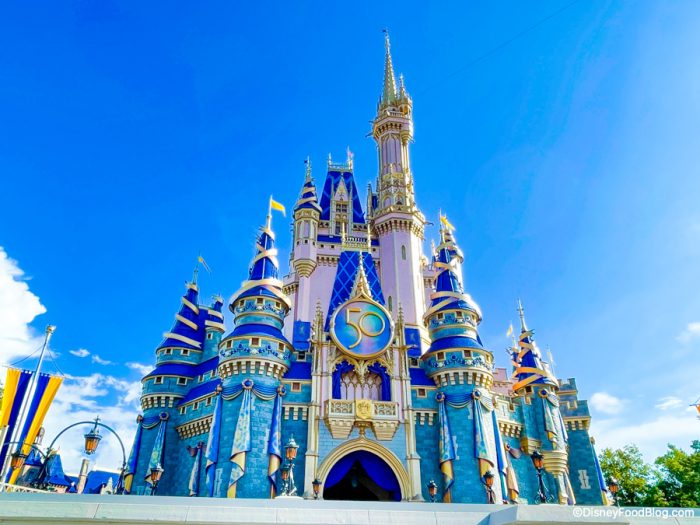 The Walt Disney World 50th Anniversary will begin on October 1, 2021, and will last for 18 months!

There will be new attractions, new nighttime shows, and so much more!

Speaking of attractions, Disney World is getting ready to introduce our new President to the Hall of Presidents. 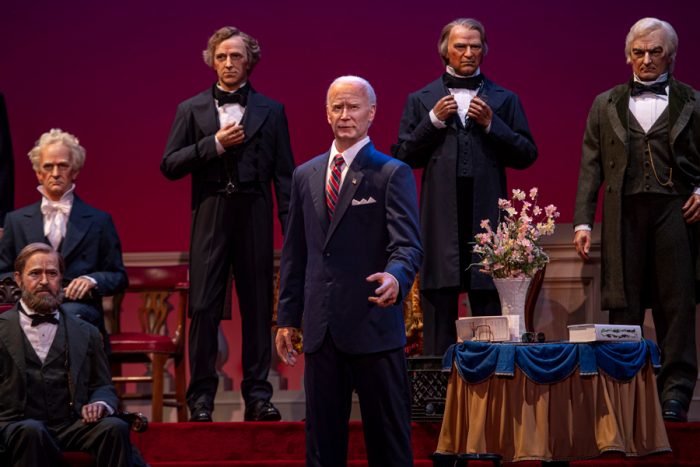 Joe Biden will be the newest among 45 of our former presidents, as a new animatronic is made each time that we elect a new president. The show is set to reopen in August.

July has been a busy month for Walt Disney World dining news! Here’s a list of all the restaurants that either opened in July or finally received a reopening date.

Trader Sam’s is now open! We were so happy to be back in this fun, kitschy, bar, and we’ve got a whole post covering the reopening! 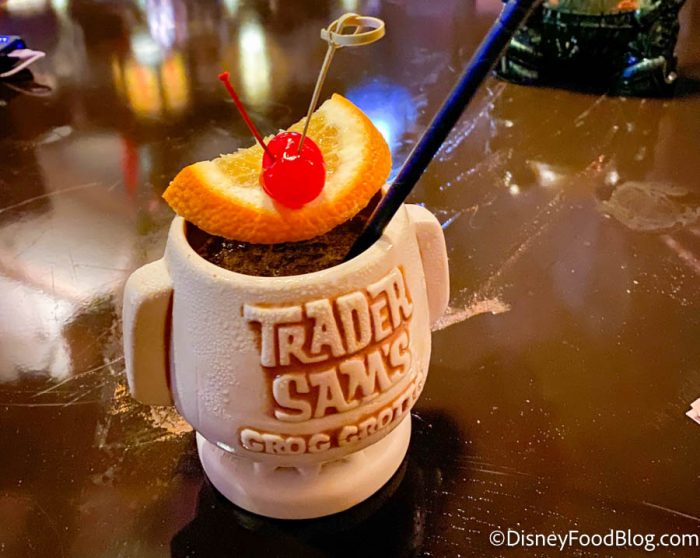 Trader Sam’s is BACK!

Keep in mind that you will need to join a virtual queue in order to grab a drink at Trader Sam’s, so be prepared to wait!

The Cheshire Cafe is open! The famous (at least around here!) Cheshire Cat Tail dessert is back, and it’s just as delicious as we remembered! 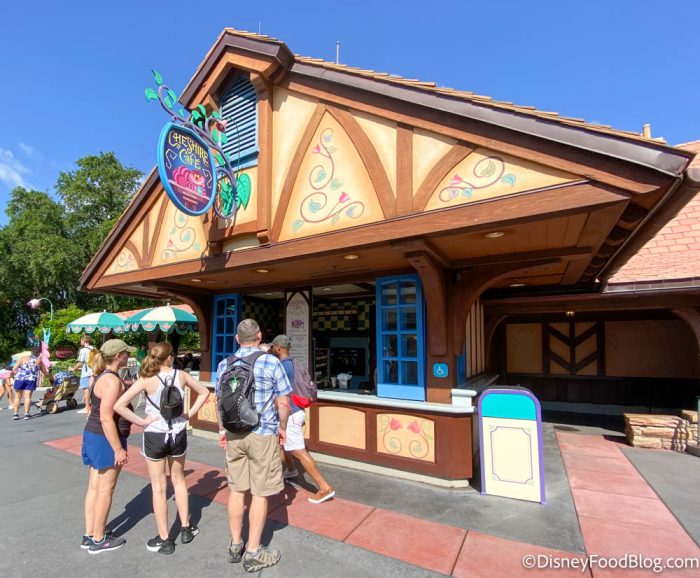 We’re so happy it’s back!

We also found out about a new slushy available at the Cheshire Cafe!

Click here to read about the Cheshire Cafe Reopening in Disney World!

This quick-service location also has a delicious Pepper Jack Pretzel for those of you that prefer salty snacks! 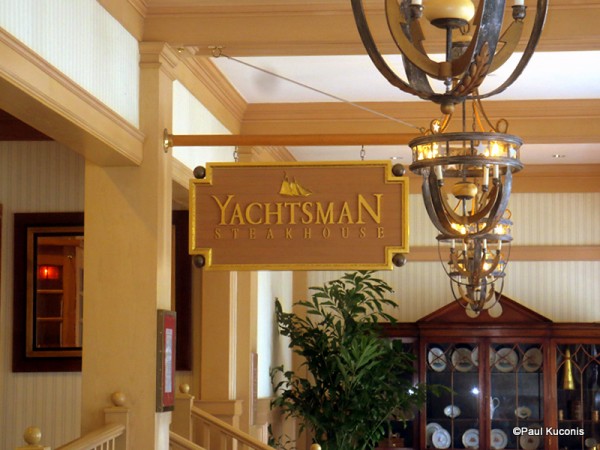 The Yachtsman Steakhouse is located, fittingly, in Disney’s Yacht Club Resort, and serves some of our favorite steaks! Stay tuned to the DFB for a review when The Yachtsman reopens! 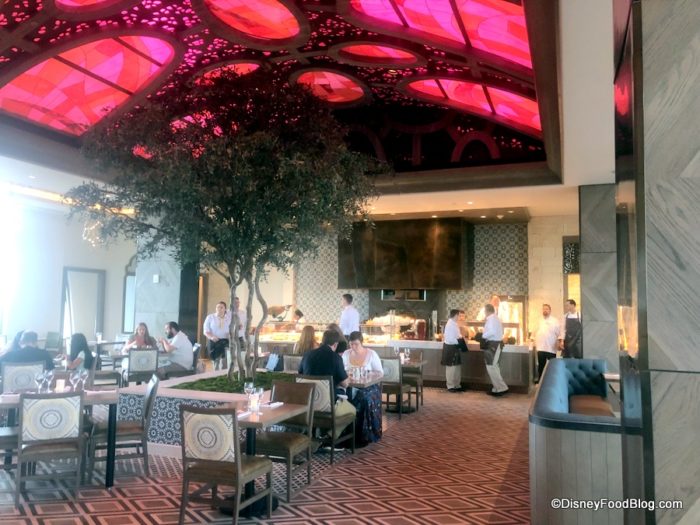 Toledo is located in the Coronado Springs’ Gran Destino Tower and features a stunning view of Walt Disney World. 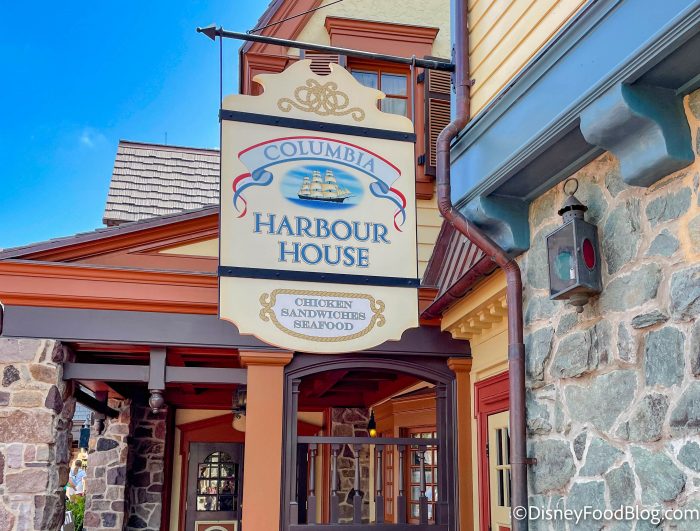 This quick-service dining location serves a variety of seafood items like fried fish, fried shrimp, and lobster rolls, which are currently being served at the Tomorrowland Terrace.

Citricos is open at Disney’s Grand Floridian Resort with a hint of Mary Poppins theming! 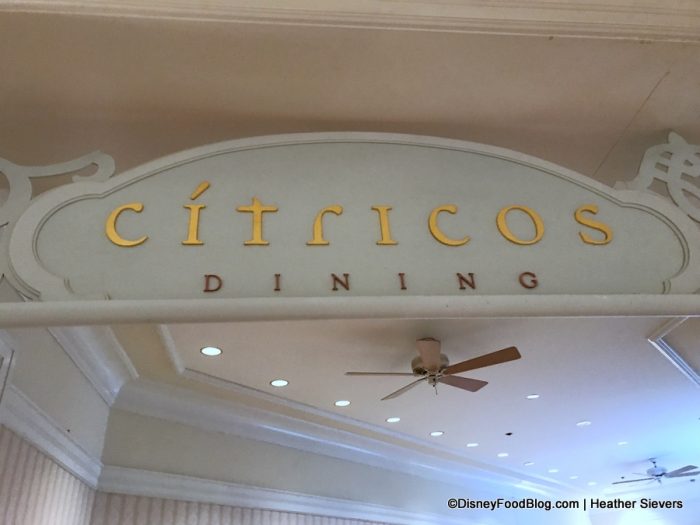 We tried the Strawberry Salad and the Smoked Duck Breast, and we loved both!

Tusker House is now open for both lunch and dinner! 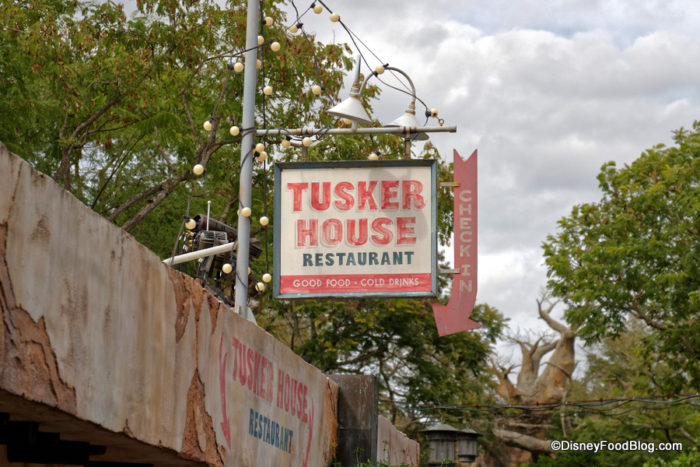 ‘Ohana is open again! Similar to Tusker House, this restaurant does not currently feature any characters as part of the dining experience, but we still loved the food here! 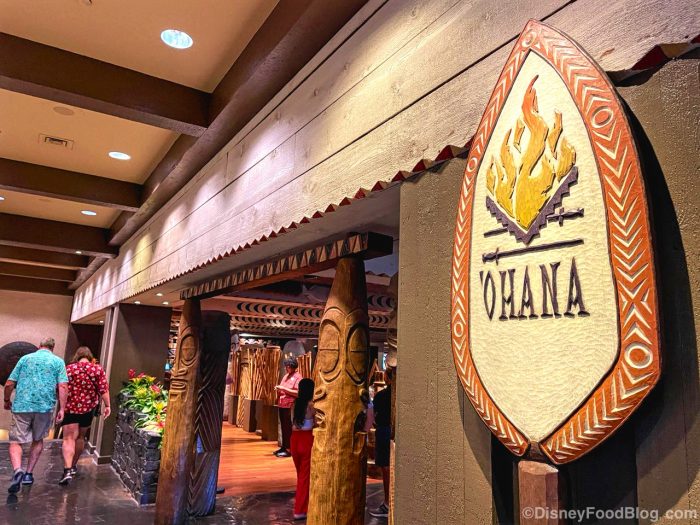 Who could say no to a bowl of noodles from ‘Ohana? 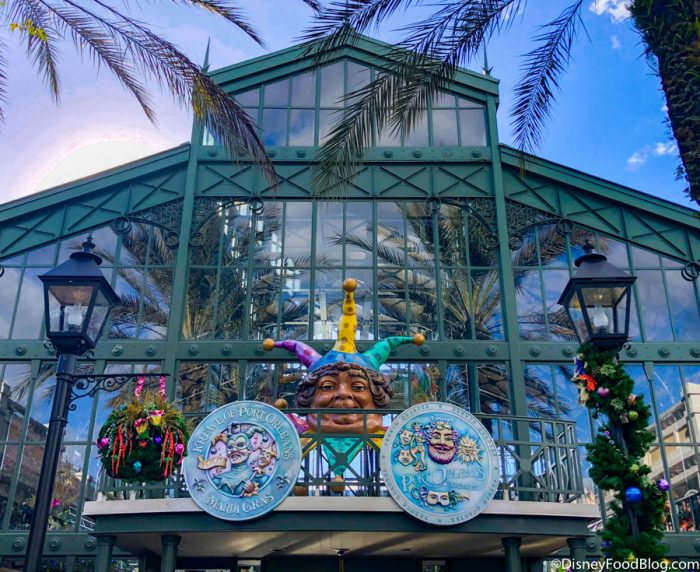 As of July 8th, 2021, guests are now able to book reservations for both resorts. 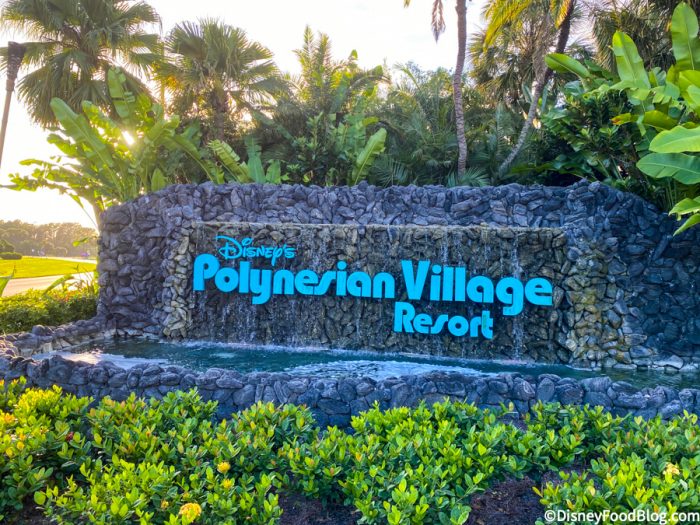 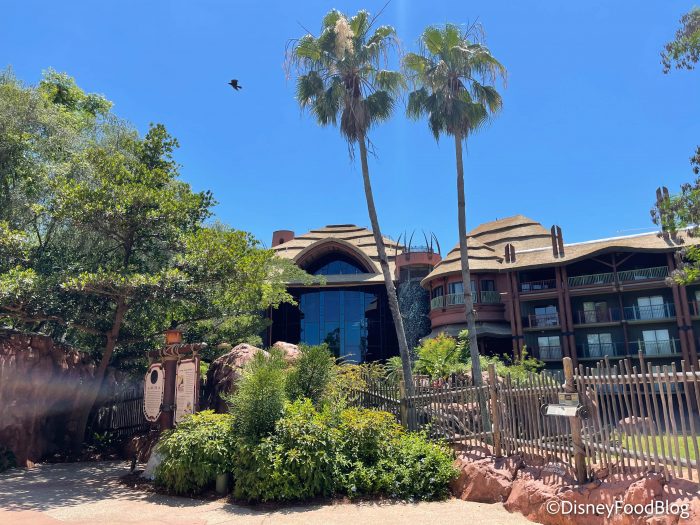 Reservations are now available if you want to book a stay at the Animal Kingdom Lodge! Make a reservation for Sanaa, while you’re at it!

The annual Food and Wine Festival is back in EPCOT! 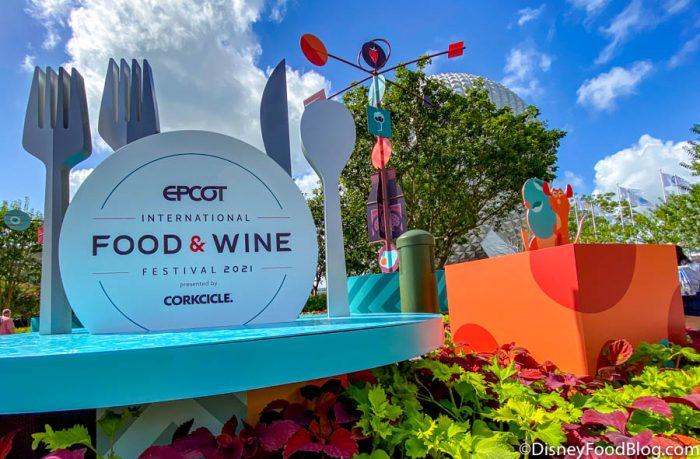 Food and Wine Festival is BACK!

The festival runs through November 20, 2021, and more festival food booths will open starting on October 1st, so be on the lookout for reviews of all 9 additional booths coming in October!

Click here to check out the BEST of the FEST!

Whether you’re more excited to indulge in the sweet treats or the variety of drinks available at the Food and Wine Festival, there’s something for everyone to enjoy!

Disney After Hours BOO Bash will run select nights starting August 10 through October 31 from 9PM to midnight (most nights). Then, starting on November 8 through December 21, Disney Very Merriest After Hours will run for four hours on select nights. The events will feature special decorations, Character Cavalcades, and lots of treats!

Wow! Did you catch all that? As you can see, things happen pretty fast in Walt Disney World, so stay tuned to DFB for more news and updates!

What Disney news are YOU most excited about? Let us know in the comments!