Are you ready for a wicked good time? Well, you’re in luck, because we’re officially at the FIRST BOO Bash After Hours event in Disney World! 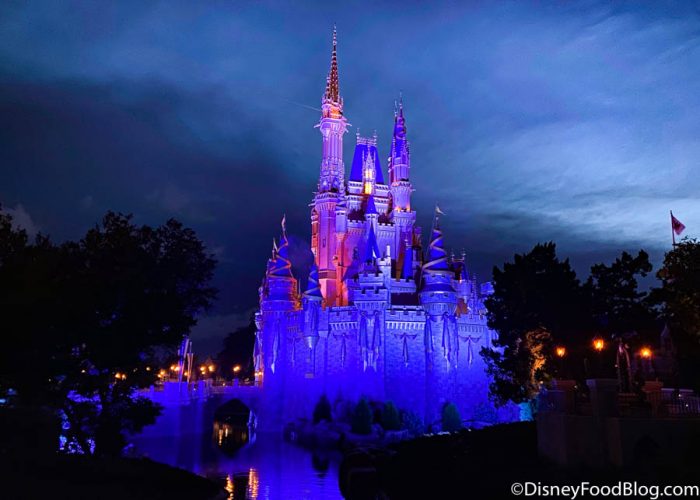 There’s been so much to see, do, and eat so far. But, if we’re honest, one of our favorite parts of Disney World’s parties is seeing the characters dressed in Halloween costumes! And, Halloween is the time of the year that delivers with our favorite friends transformed into witches, vampires, and more. As we explore everything the bash has to offer, you can tag along with us to see all the characters and their Halloween costumes you can spot during BOO Bash!

Madame Carlotta‘s been a regular visitor to Disney World’s Halloween parties over the years. 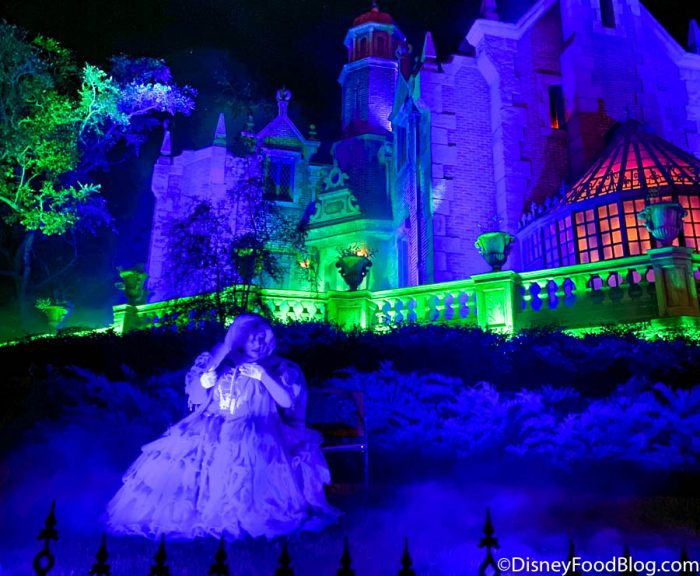 And, this year hasn’t stopped the fashionable ghost from returning to the Haunted Mansion’s lawn!

We LOVE when we see Madame Carlotta outside Haunted Mansion! 🔮 #BooBash pic.twitter.com/tNF5WGr4KZ

Stop by to greet her and maybe hear a chilling story. 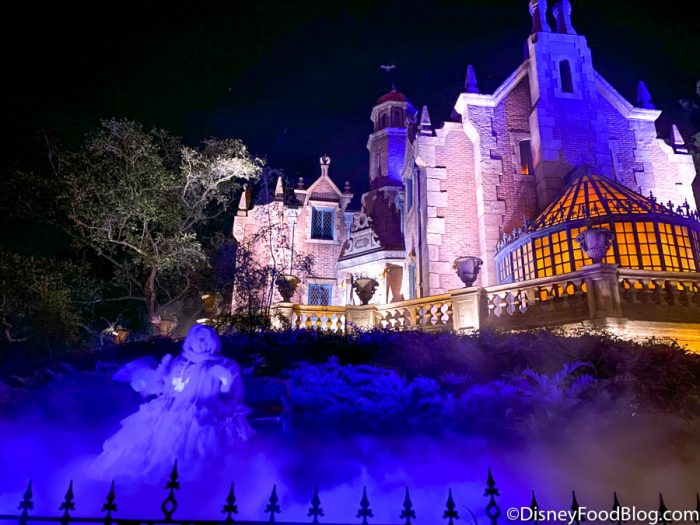 A certain silly pirate made an appearance — and it WASN’T Jack Sparrow. It was Goofy in his pirate Halloween costume. What a cutie! 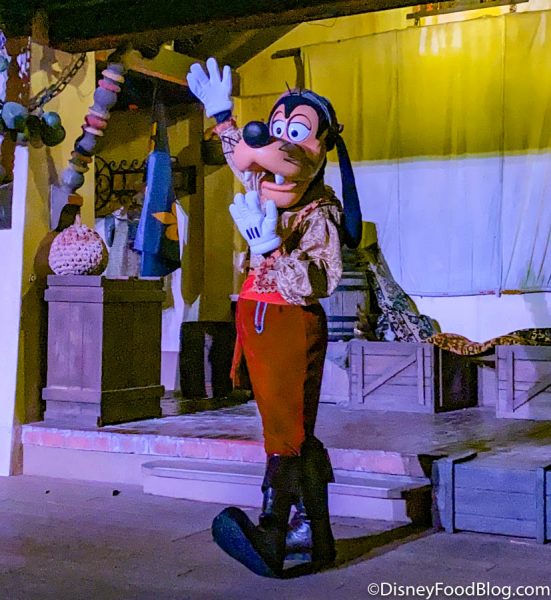 If you’ve ever wanted to see the cutest group of friends in Disney World, you’re going to want to head over to the Crystal Palace!

Winnie the Pooh and everyone from the Hundred Acre Woods are total sweethearts in their Halloween costumes this year. 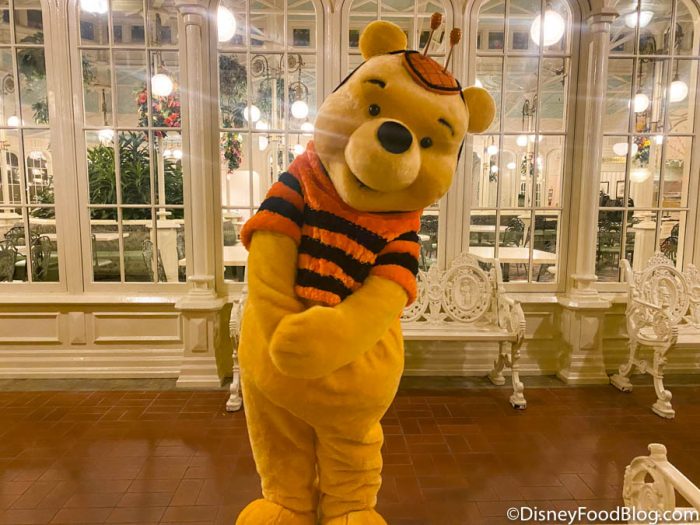 Pooh Bear has opted for a bee costume and Piglet is sporting a kinda-matching butterfly costume! 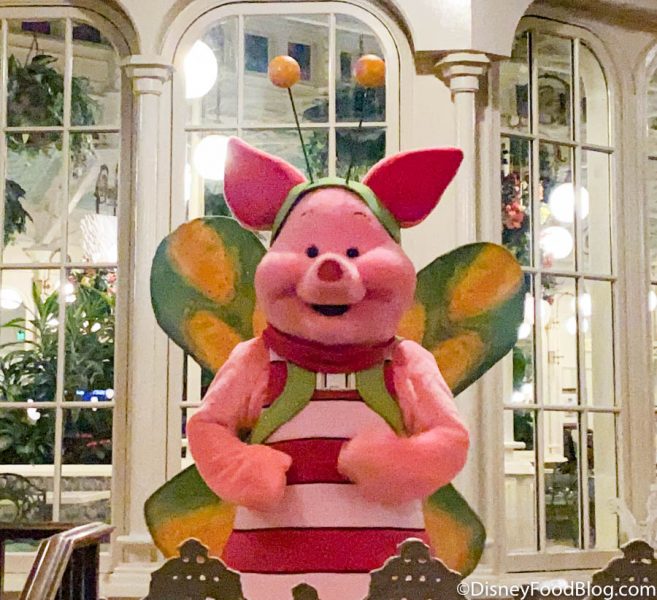 Did you know Goofy isn’t the only pirate at the party? Tigger has swashbuckling vibes too! 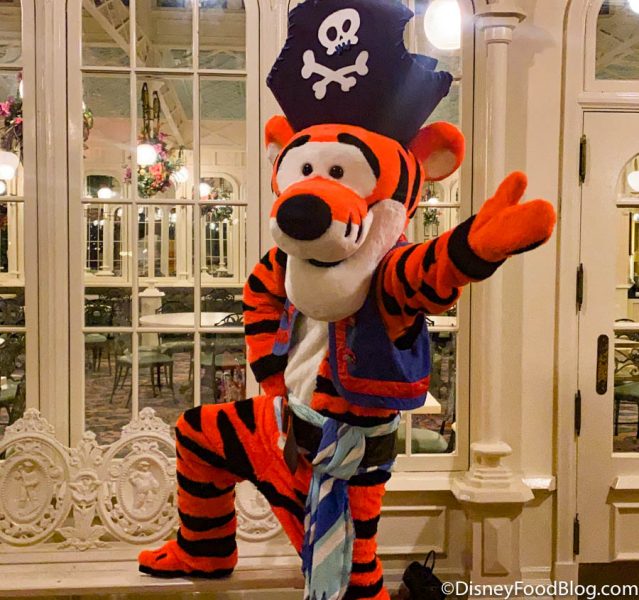 Someone get this Hundred Acre Wood resident a pirate ship!

And Eeyore went for the VERY fitting sad clown costume. Okay, maybe it’s just a clown costume but Eeyore does tend to be down in the dumps! 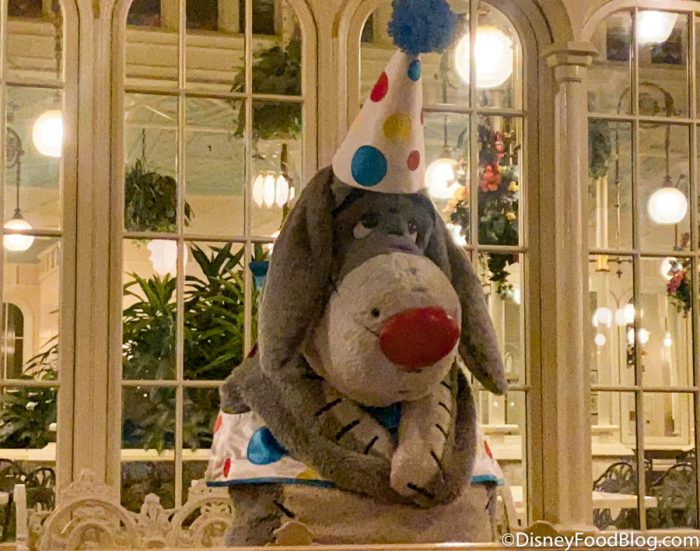 Perhaps the SCARIEST characters you’ll spot are Gideon and Honest John from Pinocchio. 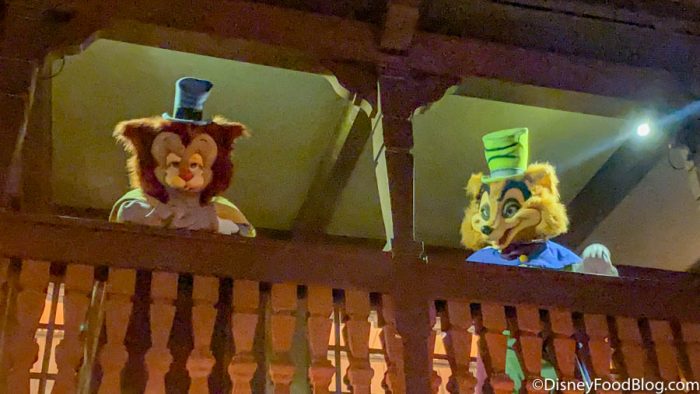 These fellas menace down from Pinocchio Village Haus!

A party wouldn’t be complete without Chip & Dale! They’re such a good time!

Plus, they look SO cute in their costumes. Chip is our THIRD pirate of the party and Dale is a not-so-spooky vampire. Eek!

And these pals are just the stand-alone characters you can spot! 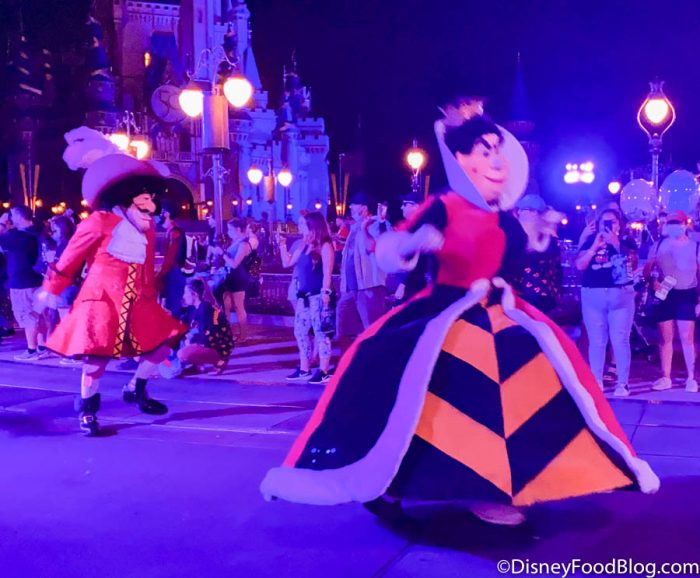 Watch out for these two!

You can also spot a LOT of spooky faces in the Character Cavalcades that coast by through the night!

Click here to see ALL of the Character Cavalcades!

As we continue to make our way around the BOO Bash, you can take a look at everything happening at the After Hours event here! Be sure to stay tuned with DFB for the latest Disney entertainment and news coming soon!

We’re dying with excitement to see what the rest of this year’s Halloween season has in store, and we want to make sure YOU have the very best time during your trip! (You deserve it!) A fall visit to Disney World can be full of spooky fun, but making sure it all goes smoothly can be…kind of spooky, too. This is where we come in! (👻 ← A friendly ghost is here to help! Spoiler alert: it’s us!)

Our DFB Guide to Walt Disney World Dining is FULL of all the information you need to plan an unforgettable and fun-filled Disney trip–taking all the stress out of planning, so you can focus on what matters most to YOU. With comprehensive food reviews, snack recommendations, budgeting and planning tools, special deals, and more included, the DFB Guide covers any and everything Disney World. (We really mean everything! There are 800+ pages of info in there! Plus, it’s an ebook…so you can highlight and organize the content in a way that works best for YOU.)

Whether you’re getting ready for your first or your hundredth trip, there’s something in our guide for everyone. Make your next trip extraordinary, and start planning TODAY with 30% off the DFB Guide or 40% off the DFB Everything Bundle! Just use code FALL21 at checkout! (WARNING!🚨 Devilishly mouthwatering food photos await you!)

Do you have tickets to the BOO Bash? Let us know in the comments below!

« Review: The Drink You’ll Need After a Muggy Night at Disney World’s Boo Bash
PHOTOS: A Look at the BOO Bash Wait Times in Disney World »