Disney World is making a lot of changes as they prepare to launch the new Disney Genie program. 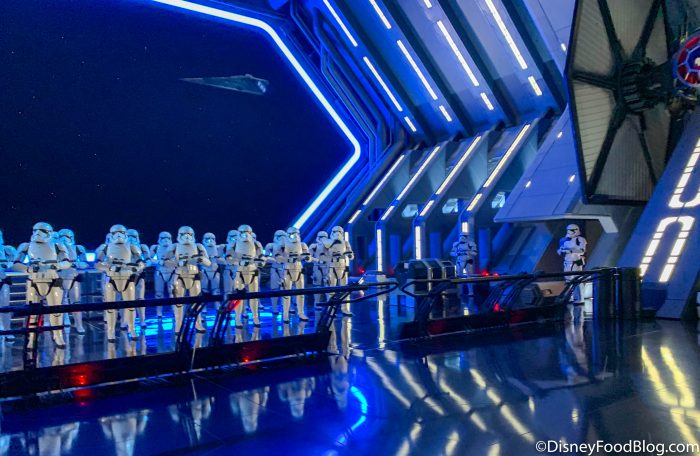 Since Star Wars: Rise of the Resistance opened, guests could only ride by first obtaining a Boarding Group on the My Disney Experience app. Then, the app would let guests know when it was their turn to ride, and the actual line for the ride was generally on the shorter side. Recently, however, Disney announced that they were pausing Boarding Groups for Rise of the Resistance, meaning for right now the only way to ride the ride is via the Standby Line. 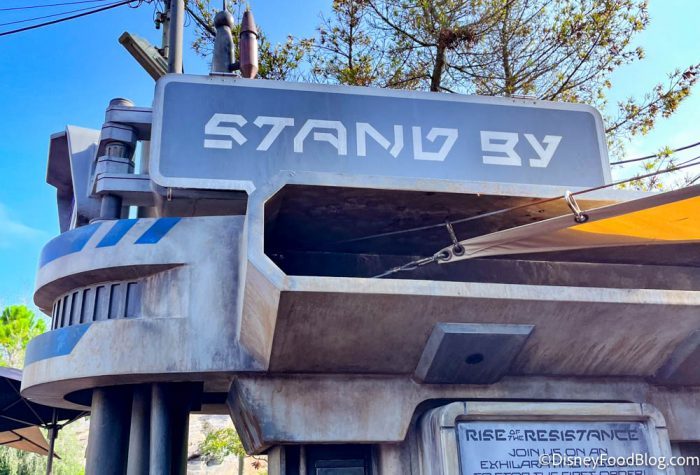 We asked for votes on Instagram about the new standby queue for Rise of the Resistance, and feelings were strong with over 9,000 DFB readers. 68% of you prefer the virtual queue system, and 32% are happy about the new standby line. It’s important to note that many people were unable to secure Boarding Groups during their visits, so some people might prefer the standby line. 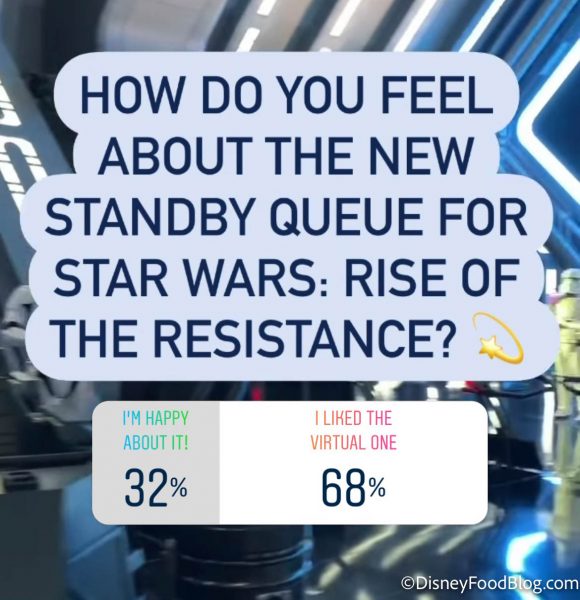 One of our readers said, “I’m happy about it because the lines for everything else is short,” while another reader admitted to being “conflicted” since Genie+ is coming soon. Another DFB reader noted, “I’m happy me and my mom have a decent chance of riding it in February now,” while another reader commented, “With the virtual one, the expectation was adjusted once you didn’t get it, now you waste the day hoping to get in.” 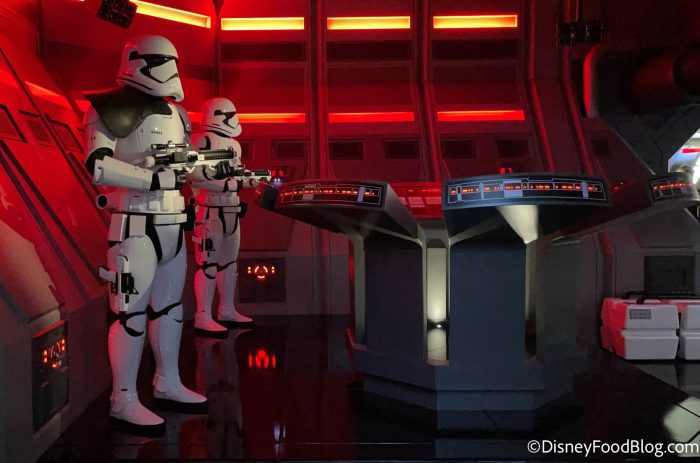 Once Disney’s Genie program and Individual Ride Selection launches, Rise of the Resistance will have a Lightning Lane for guests who opt to use the new pay-per-ride system, so we’re probably going to continue to see more changes as Disney moves forward. Keep reading DFB for more Disney World news, tips, and tricks!

See how long it took us to ride Rise of the Resistance via Standby Line!

How do YOU feel about the Rise of the Resistance Standby Line? Tell us in the comments!

« PHOTOS: Edible Mice? Check Out the Latest Chocolate Masterpiece in Disney World!
REVIEW: Did We Find a BETTER Pumpkin Coffee Than Starbucks’ PSL in Disney World? »