We love getting to go to Disney World every day, and we love spotting new merchandise when it becomes available. 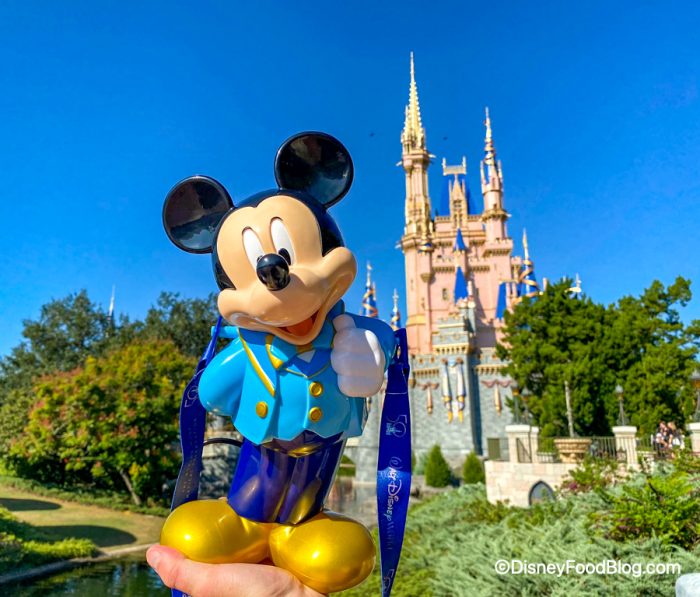 All dressed up for the 50th Anniversary!

So you can imagine our excitement when the 50th Anniversary Mickey Mouse Popcorn Bucket turned up today, just about two weeks after the official start of the celebrations! And Mickey was VERY happy to be out and about at the theme parks — so much that he decided to take a tour around the resort!

And like all Disney World guests, Mickey had to stop first at Cinderella Castle in Magic Kingdom and get that first selfie in. Same, Mickey, same. 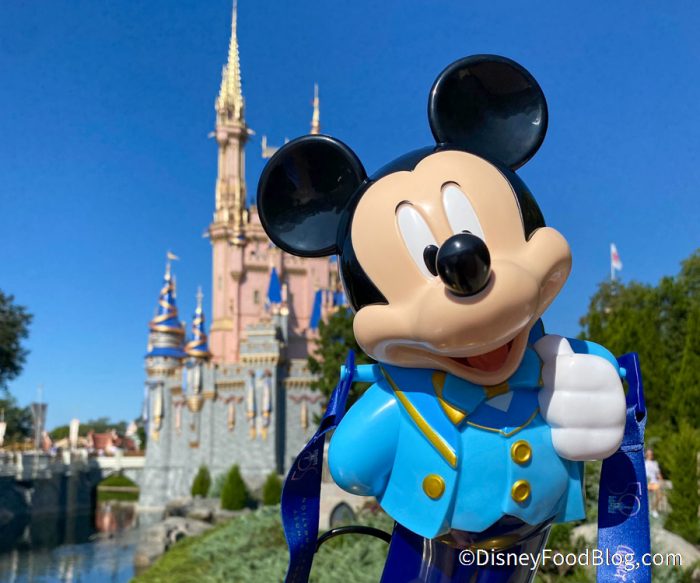 But then he had to make a quick park hop over to Disney’s Animal Kingdom for that perfect shot in front of the Tree of Life. Does Mickey sing the “Circle of Life” every time he’s in front of the tree like we do (#sorrynotsorry)? 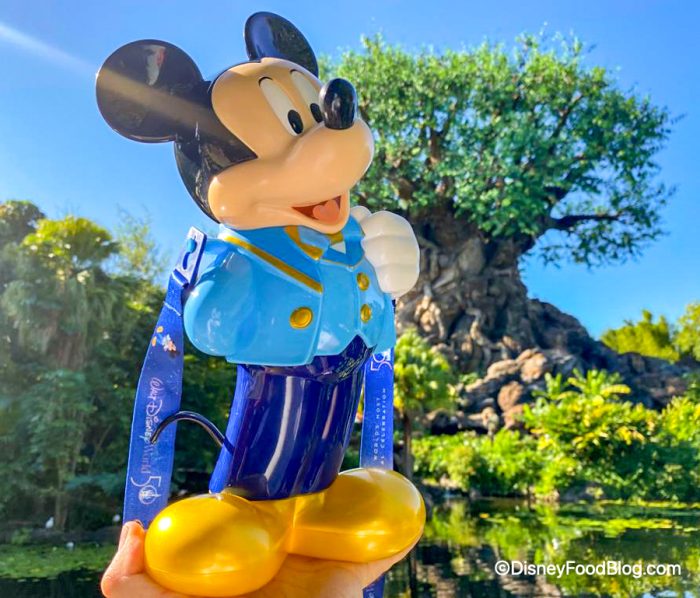 Then it was over to EPCOT for the Spaceship Earth photo — Mickey is certainly hitting all the high profile spots! But can you blame him? He IS a VIP! 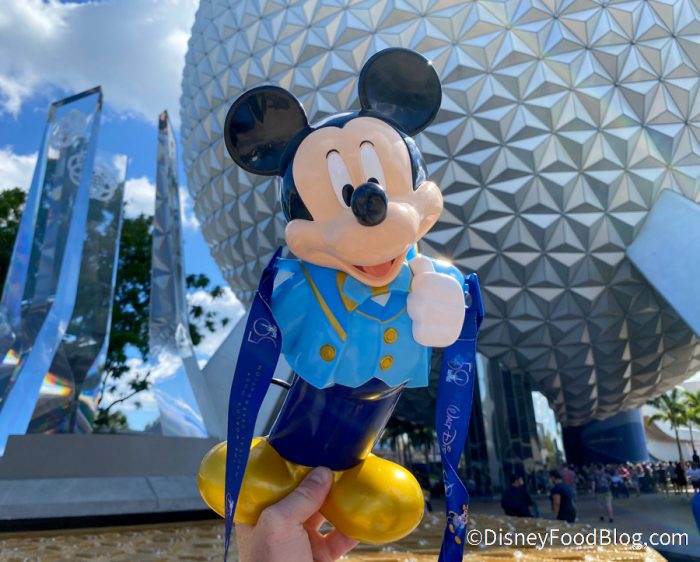 We also caught Mickey admiring the view where he could see both the Monorail AND Spaceship Earth! 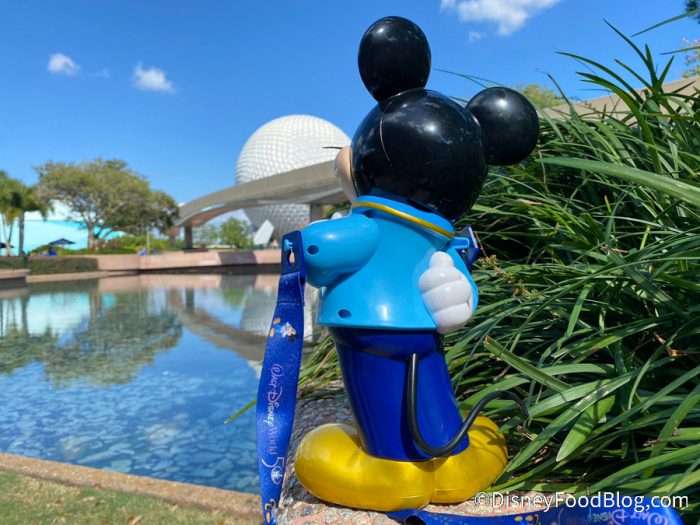 But Mickey was most excited about visiting Disney’s Hollywood Studios! It is, after all, the park that has a Mickey and Minnie-themed ride! And he was so proud to take a photo in front of Mickey and Minnie’s Runaway Railway. 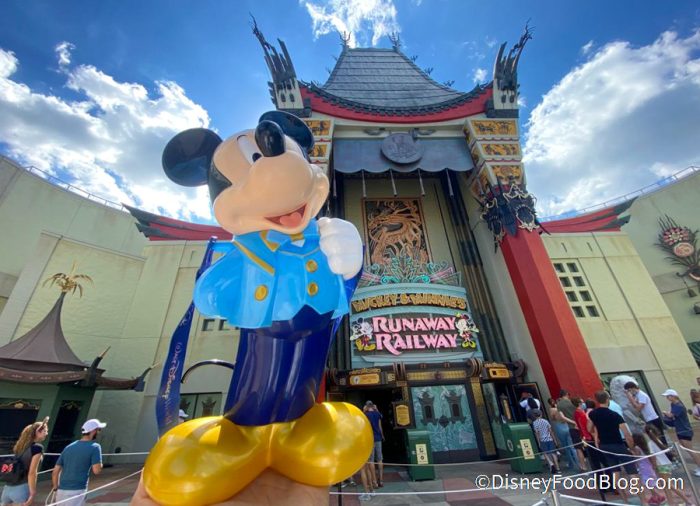 SO proud of his accomplishments

Mickey stopped just long enough to let Edna Mode approve of his 50th anniversary outfit, which she was happy to learn he had no cape. 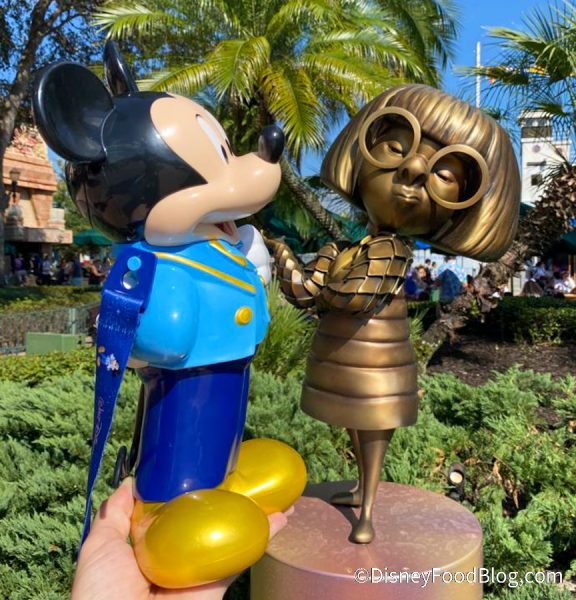 Mickey briefly considered taking a ride on the Tower of Terror… 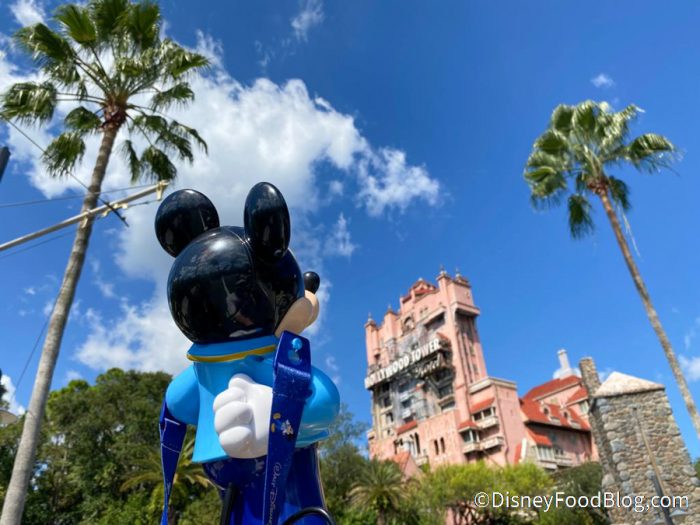 To ride or not to ride..

But he later decided that it might be too scary, so he just settled for the photo in front of it instead. 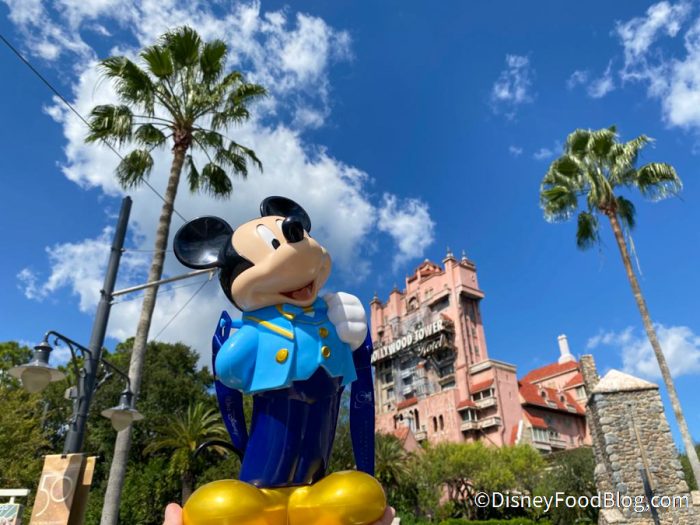 In front of the Tower of Terror

Mickey eventually called it a day, but he had a BLAST touring Disney World! We’re glad you could drop by, Mickey!

We’re covering EVERYTHING Disney, so be sure to stay tuned for more!

We Ranked All the 50th Anniversary Treats in EPCOT — See The FULL LIST Here!

When was the last time you visited Disney World? Let us know in the comments!