Disney World is almost constantly changing, whether it be with new merchandise or new entertainment offerings. 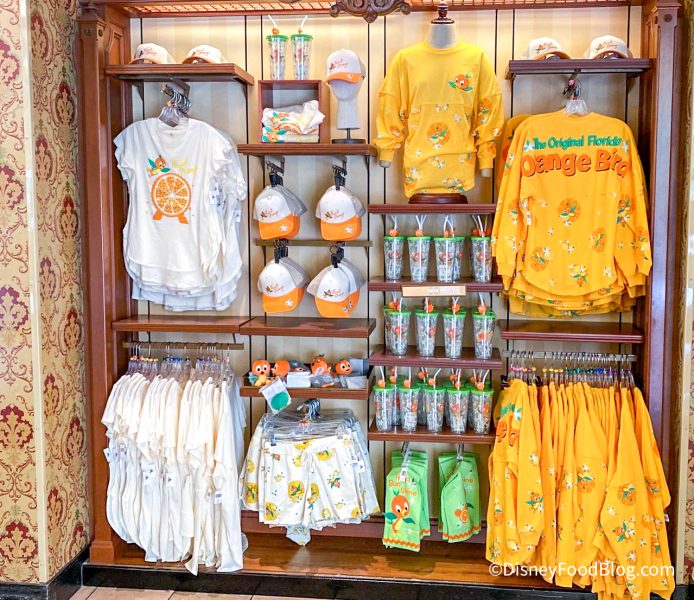 Another thing that changes a lot are the menus around the parks and resorts! We’ve recently seen menu changes at Space 220, The Hollywood Brown Derby, Le Cellier, and more. And now, menu changes have come to another popular Disney World restaurant!

The menu is changing over at Sanaa at Disney’s Animal Kingdom Lodge! Chef Sahib Bhatti has incorporated his roots from Tanzania on the Eastern Coast of Africa into these new and updated dishes filled with spices and ingredients found in the Indian subcontinent. 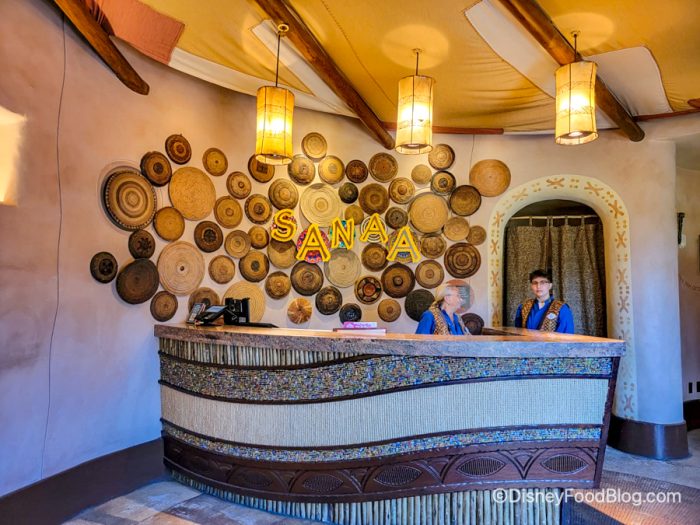 Starting today, the Lamb Kefta is returning as an appetizer for both Lunch and Dinner, but with a new twist! The chef and his team have infused traditional North-African flavors with spices like cumin and cayenne pepper to this char-grilled ground lamb with Tunisian couscous salad and ginger pear chutney. 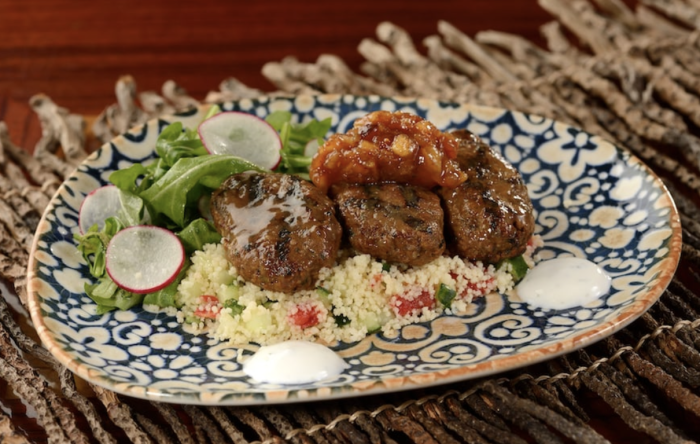 Moving on to entrees, the Potjie-inspired Slow Cooked Dishes are made in a potjie, which is a a traditional cast-iron pot that dates back to the Dutch during the spice trade. There are already fan-favorite dishes that fall under this category on the menu, like the Butter Chicken, but now new things have been added! The first is the Pork Vindaloo, which has origins from Goa and features inspiration from Portuguese cuisine. This pork is cooked with paprika, garlic, tomato, vinegar, and a house-made spice blend. 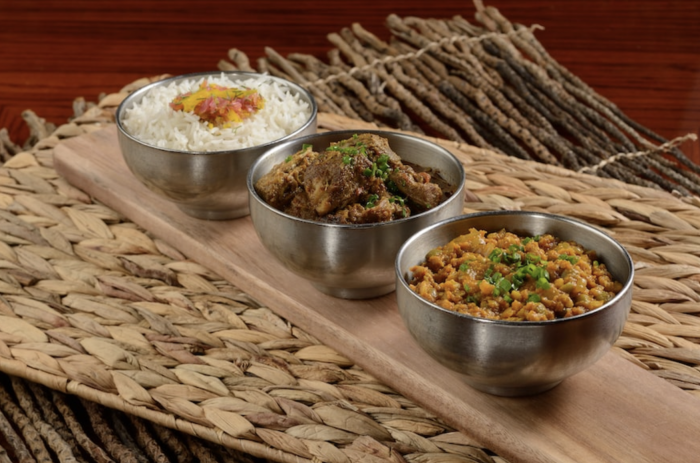 Next is the Lentil Daal, which Disney said is being introduced to the restaurant as a plant-based addition, but we have seen it on the menu for a while. This dish is typically found in the Indian subcontinent and is made with yellow lentils and cooked in fragrant spices. 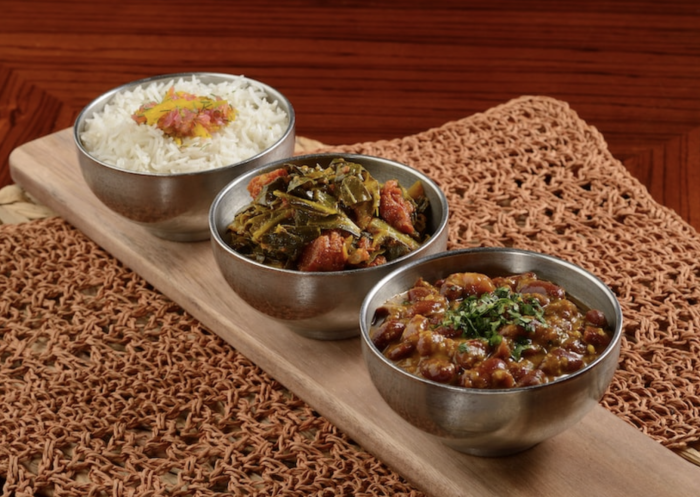 The Sakuma Wiki was previously featured as a side to the Sustainable Fish for the Cooking With Soul event, but now has a permanent place on the menu! This is also a plant-based option. The Rajma Masala is another dish that is now permanently on the menu and features red kidney beans and a spice blend combined with onions, tomatoes, and garam masala and braised until tender.

Moving on to more entrees, these next two options are available for both lunch and dinner. First is the Zanzibari Vegetable Curry. This is inspired by the island of Zanzibar, also known as “Spice Island.” It is a plant-based dish featuring seasonal vegetables, fragrant rice, and a blend of cloves, cinnamon, and black pepper. 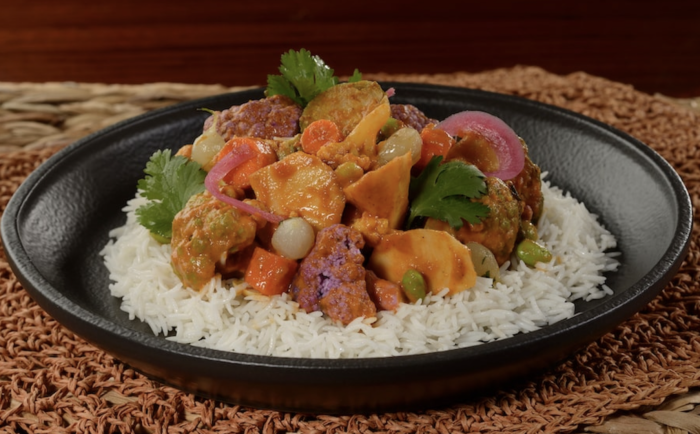 Next is the Samaki Wa Kupaka, which means “coated fish,” and is a Kingklip fish, which is commonly found along the Southern African coast. This white fish is being added to the menu as a part of sustainable seafood initiatives and has a marinade of traditional Swahili cuisine, mango, and turmeric, then is topped with a tangy tamarind-infused coconut gravy. 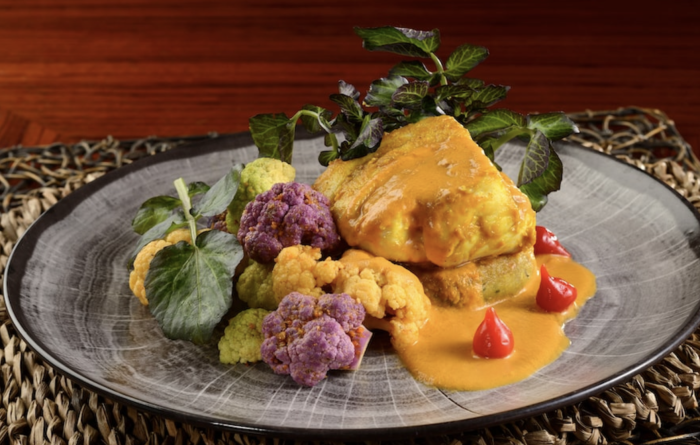 There are also some new dinner-exclusive dishes being added to the menu! First is the fall-off-the-bone Pork Shank, which goes through a long braise process with flavors of cloves, nutmeg, and allspice before and is paired with black-eye peas simmered in a chermoula herb blend. 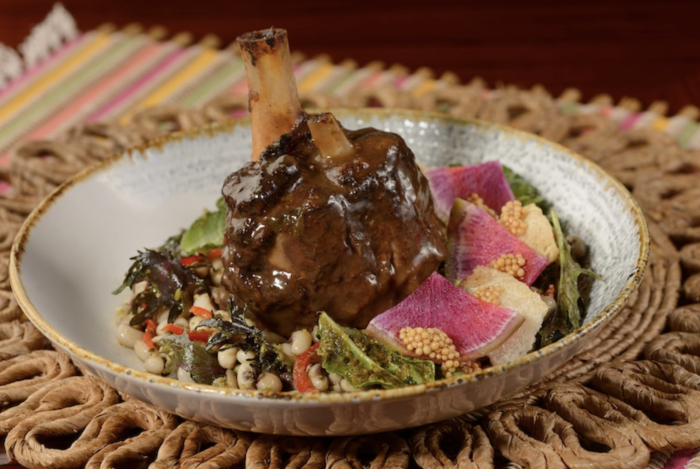 Next is the Grilled New York Strip, which has been on the menu before, but it has been changed! It is now an Eastern African version of “meat and potatoes.” The strip is paired with mukimo made with green peas, corn, and spinach, as well as harvest vegetables, herb emulsion, and fig sauce. 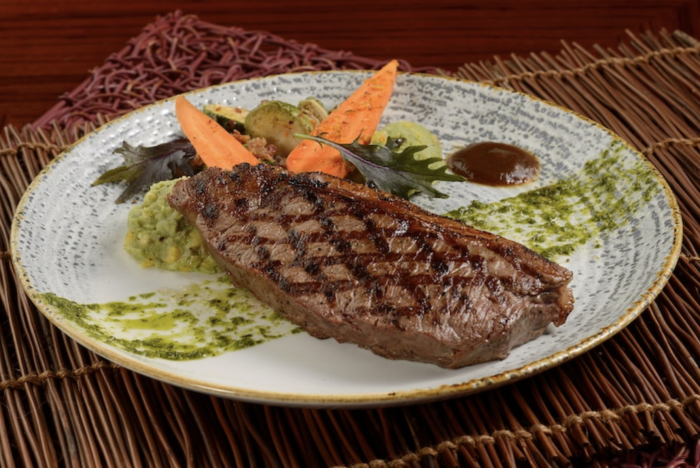 These new offerings beginning today, April 5, 2022, is noteworthy because back in 2009, this day is when opening team began training for at Sanaa! We’ll be heading to Sanaa soon to try out all of these new and updated dishes and bring you a full review, so stay tuned to DFB for more.

Click here to see the recent menu changes over at Space 220!

Have you ever eaten at Sanaa? Tell us in the comments!