Ever wonder what the BEST airline is in the entire world so you can make your next flight aboard the best of the best?

You Should Fly With the BEST

Well, different airlines might be labeled as the “best” or “worst” for different reasons or by utilizing different standards. We’ve already taken a look at some of the best and worst airlines in the U.S. according to customer complaints, and we looked at what one website ranked as the best airline in the world. But now some new rankings have come in and we have our list of WINNERS.

END_OF_DOCUMENT_TOKEN_TO_BE_REPLACED

We’ve made it no secret that one of our favorite restaurants in Disney World is Wine Bar George in Disney Springs. 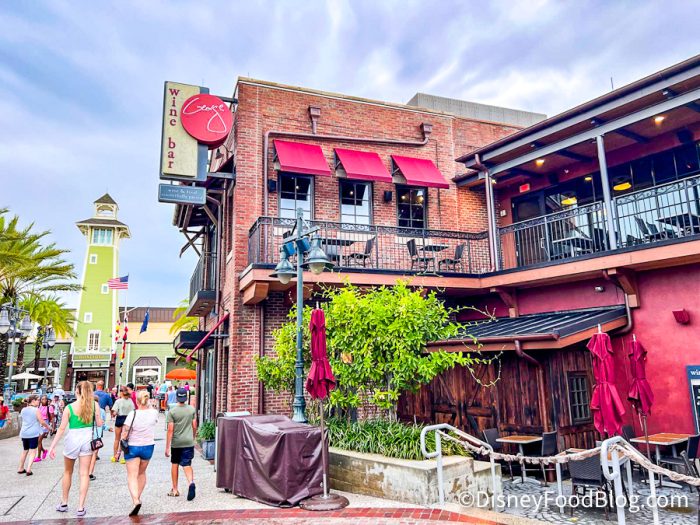 We’ve talked a lot about those Crispy Mac & Cheese Bites, or those House-made meatballs, and those delicious frozen drinks! But let’s talk about wine because Wine Bar George is now over here winning awards for its wine list!

END_OF_DOCUMENT_TOKEN_TO_BE_REPLACED

We’ve covered a whole bunch of updates surrounding the D23 Expo 2019. During the Expo, we expect to learn about Epcot’s transformation, park news, and so much more. We recently discovered that Christina Aguilera will join the lineup of this year’s Disney Legend honorees!
END_OF_DOCUMENT_TOKEN_TO_BE_REPLACED James and Julie Petrakis, The Ravenous Pig
The Ravenous Pig is located in Winter Park, FL, very close to Orlando and Walt Disney World. Stop in for “an American gastropub experience” — casual dining with END_OF_DOCUMENT_TOKEN_TO_BE_REPLACED

Traveling to Disneyland soon? You’ll want to add these resort restaurants to your dining list! We give a foodie shout-out to the winners of the Southern California Restaurant Writers awards!!

With a 36 year history, the Southern California Restaurant Writers, Inc. selects winners from south Santa Barbara to the border of Mexico. With such a large region, it’s a testament to the food quality at Disneyland that so many awards were presented to Disneyland restaurants at the annual banquet Sunday night.

Join me in congratulating Executive Pastry Chef Jean-Marc Viallet named the Pastry Chef of the Year! For the last ten years, Viallet has been dreaming up creative pastries for Disneyland guests. Disneyland Resort received top honors in five categories! The Golden Bacchus is presented to restaurants with an extensive wine collection. The Golden Sceptre is considered the “top restaurant” award.