It’s “Bright Suns” indeed over on the west coast for the official opening of Rise of the Resistance in Disneyland’s Star Wars: Galaxy’s Edge. 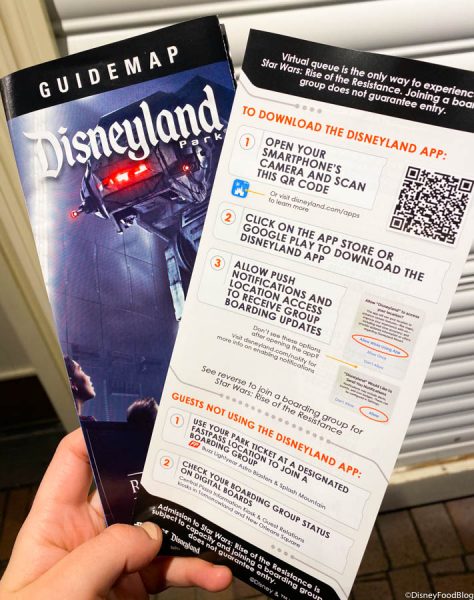 While Disney World has been enjoying the attraction for a month, the patience of the Batuu travelers in Disneyland has paid off because now they have THREE new other-worldly treats exclusive to Anaheim! And, we’re giving you a first look and taste of the cheesiest chips in the galaxy!

END_OF_DOCUMENT_TOKEN_TO_BE_REPLACED

OH, and we found FIRE CHEESE THIS WEEK! END_OF_DOCUMENT_TOKEN_TO_BE_REPLACED

Disneyland’s Star Wars: Galaxy’s Edge opened to guests on May 31, and over the next few days, some big changes are coming to Planet Batuu in the universe of reservations and dining! Don’t know a Tauntaun from a Bantha? Have NO CLUE what a parsec is? Don’t worry — by the end of this post nobody’s gonna call you a scruffy-looking nerf herder!

Let’s travel to a galaxy far, far away to get you up to speed on EVERYTHING you need to know before you head to Batuu.

Where and When Are We?

Ok, first things first — the Star Wars universe is HUGE with SO MANY different stories and plots taking place across thousands of years, so we’re just gonna break down the essentials for visiting Star Wars: Galaxy’s Edge in Disneyland and Disney World (unless YOU wanna be here for thousands of years ????).

[NOTE: there are DEFINITELY some spoilers from ALL of the Star Wars films in here, but hey you’re the one looking for Star Wars cliff notes.]

END_OF_DOCUMENT_TOKEN_TO_BE_REPLACED

Alright guys, Disney just dropped TONS of info about Galaxy’s Edge including info about all the new restaurants and that incredible Rise of the Resistance ride (check out the details here!), but right now we’re here for all that stuff we get to take home with us! Let’s check out all the CRAZY merchandise available at Black Spire Outpost!!

We’ll start off in Bina’s Creature Stall where you can pick up a new pet to accompany your journey through the galaxy. You can shop for these adorable plushes while surrounded by life size animated versions in cages and aquariums around the store.

END_OF_DOCUMENT_TOKEN_TO_BE_REPLACED

It’s finally TIME! Are you ready to go INSIDE the coming-soon Star Wars: Rise of the Resistance attraction in Disneyland’s and Disney World’s Galaxy’s Edge?? We’ve got a sneak peek for you…let’s GO!

This, probably the most highly anticipated new attraction coming to Galaxy’s Edge, is going to BLOW. YOUR. MIND. Even more so than originally thought.

This will be Disney’s longest attraction ever created, and is actually “four attractions in one,” reports Carlye Wisel, one of several reporters who were given a sneak peek and tour of the new attraction in Disneyland last week. “Guests will board multiple ride vehicles, encounter enemies, and walk the halls of a Star Destroyer as if they were truly a Resistance fighter taken captive.”

Sounds amazing. But what really happens? Let’s tour through Rise of the Resistance together… .