It is no secret that we love our Halloween snacks here at DFB, and there is no better way to get our attention than by adding the word ‘pumpkin’ in front of a dessert. 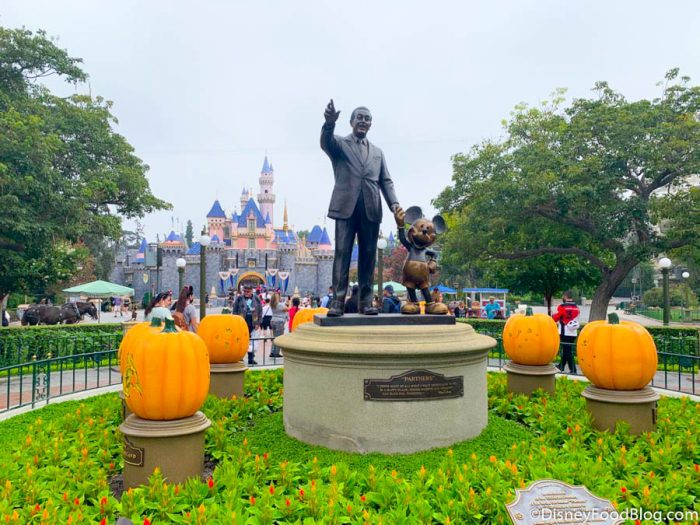 Today, we were able to score a walk-up reservation at River Belle Terrace for a very exciting pumpkin treat! END_OF_DOCUMENT_TOKEN_TO_BE_REPLACED

When it comes to snacks in Disneyland, we not only love them for being yummy, but we also have to get the ones specifically for the Gram! 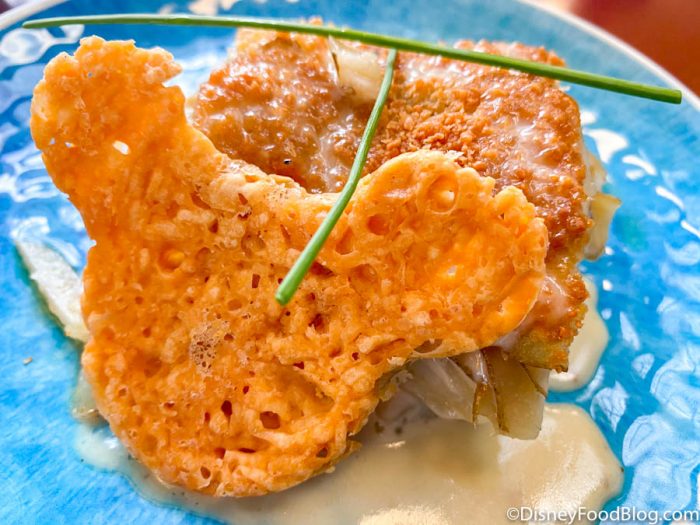 Not so hidden Mickey

Something Disney has done in the past is take some of our favorite snacks and add a nice little spin on them that makes them a little more magical, and we came across one of those today at Disneyland! END_OF_DOCUMENT_TOKEN_TO_BE_REPLACED

Via Disney Springs’ Twitter we now know that the Greatest Shake on Earth consists of three types of gelato: strawberry, cookies and cream, and vanilla. It’s topped with cake and Oreo crumbles, strawberry sauce, and whipped cream. END_OF_DOCUMENT_TOKEN_TO_BE_REPLACED

Specialty treats come and go in the Disney Parks, and when Mickey’s 90th birthday party arrived in November 2018, Ghirardelli Soda Fountain and Chocolate Shop in Disney Springs made some frozen magic with the Magical Birthday Sundae. But then… it was gone. For weeks. Until it then appeared at Disney California Adventure’s Ghirardelli location, rebranded as the Magical Sundae. END_OF_DOCUMENT_TOKEN_TO_BE_REPLACED

is partying with Minnie and Mickey Mouse for the Get Your Ears On celebration, and as part of the festivities, a few special limited time treats have been created for Valentine’s Day! Enter Gibson Girl Ice Cream Parlor, where Valentine’s Day means a Donut Sundae! Here at the DFB we love to be surprised (in a good way) by the eats we pick up at the Disney Parks. And when that surprise comes in the form of dessert, it’s even better! Such was the case with the Brownie Temptation at Main Street Bakery in Walt Disney World’s Magic Kingdom. Main Street Bakery is the park’s Starbucks location, and it can be found on Main Street, U.S.A. In addition to Starbucks beverages and Starbucks-branded snacks, guests can also find more unique items. The Brownie Temptation is being advertised on a temporary sign, and the picture doesn’t elicit a ton of enthusiasm. It looks like a pretty standard brownie with (admittedly tasty) sauces. The reality is a nice, gooey bowl of sweetness, so an improvement over the photo. 😉 (An over-abundance of sauces is almost never a bad thing!) The mound of whipped cream and drizzle of caramel are prominent. The warm peanut butter and chocolate sauces spill over the sides and pool in the bowl, which is a good thing because the brownie is actually larger than I expected it to be. The choice of plating with the bowl contains all of those sauces. The brownie itself is dense and moist, providing a lot of bang for the buck in terms of richness and chocolate flavor. Overall, this one really surprised me! Why? Ha ha — I got a message on instagram asking “Why would you think a brownie with yummy sauces would be bad?” But the truth is, a LOT of Disney brownies are super dry and can’t be saved by the sauces in question.

So, the Brownie Temptation was much more tempting in person than in its signage, and it really delivered! Due to the richness of everything combined, it’s definitely share-able, but if you decide to attempt it on your own, might I recommend finding a cozy spot in the shadow of Cinderella Castle where you can linger over the classic combo of peanut butter and chocolate? What Disney Parks food has surprised you (in a good way) when you tried it? Let us know in the comments!

With so many creative and interesting snacks available at Disneyland Resort, it might seem like there’s no place for the simplest of treats: good ol’ fashioned Jell-o. Woo! Back it up! Our Disneyland correspondent Heather (follow her @DiningInDisney!) stopped in for a snack recently, and discovered these jiggly mouse-shaped treats in a cooler in the grab-and-go section. Also in this cooler are cream for coffee and packets of butter for other dishes — right next to a whipped cream canister. Heather being the intrepid Disneyland snacker that she is spotted an opportunity immediately. The thick strawberry Jello was a decent portion and honestly as cute as one might reasonably expect Jello to be. And now she had the perfect Jello food hack: cover that sweet treat in delicious whipped cream! From every angle this has childhood favorite written all over it — only it’s not just a bowl of hastily spooned Jello. It’s Mickey! Okay, so technically this is called Mickey Strawberry Gelatin, but we like to keep simple things simple: it’s Jell-o. And it’s delightful! And that’s how Mickey Jello with Whipped Cream was born! And we love it in every way! We’re so happy that the simplest food pleasures persist, even in the face of the incredible creativity and skill that brings pastries and desserts to life at the Disney Parks. And a food hack involving Whipped Cream? Always a win!

Want to know more about unique snacks at Disneyland Resort? Click here to watch our DFB Guide YouTube video that covers all the good stuff!

What’s your favorite simple pleasure at the Disney Parks? Share with us in the comments!

It’s happening! Pixar Fest is officially kicking off at Disneyland Resort! And while we’re excited for two returning parades and a new projection show called Together Forever, you know what we’re most looking forward to: the eats! END_OF_DOCUMENT_TOKEN_TO_BE_REPLACED

The Main Street Plaza Ice Cream Parlor in the Magic Kingdom at Walt Disney World seems like it might be on a quest to constantly out-do itself. END_OF_DOCUMENT_TOKEN_TO_BE_REPLACED

in Walt Disney World’s Disney Springs is a delicious place to grab a frozen treat — we’ve enjoyed the Creamsicle Shake and Nutella Brownie Sundae in the past. And the gelateria has just introduced a few new items!