…And one of those dates is October 1st, 2021. On that day, Walt Disney World is celebrating a BIG anniversary — its 50th!!

A BIG anniversary calls for a BIG celebration, and there sure is a LOT that goes into preparing for such a big day. But 2020 has brought some particular challenges to the parks because of the global health crisis. Not only did the pandemic lead to the parks’ closure for several months, it has also introduced new health and safety measures, capacity limits, and other changes at Disney World.

How Disney IS Preparing for Its 50th

It took Disney a while, but if you want to be there on October 1st, 2021 to take in ALL of the magic of Disney World’s 50th birthday, you can book your vacation NOW to secure those dates! 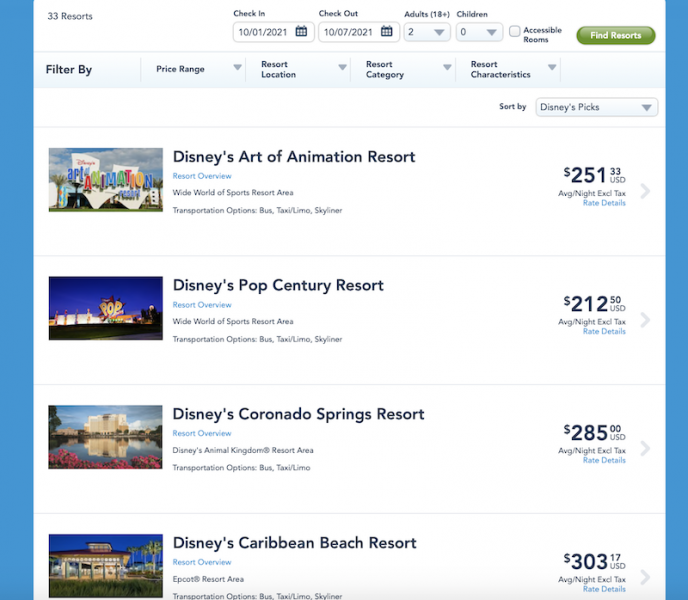 In addition to booking your hotel room and buying park tickets, you can also book a Disney World Park Pass reservation for the Magic Kingdom on October 1st! Sure, we’re a little less than 11 months out, but as of now, ALL four parks have availability for the big day for Resort and regular Ticketed guests! At the time of writing, Passholder availability is booked up in Magic Kingdom on that day, but we’ll keep an eye out for additional Park Pass availability. 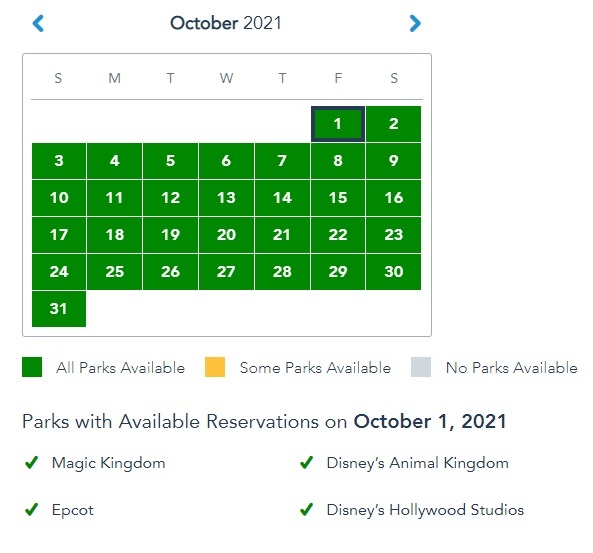 While we’re not sure if Disney will still be using this system into the fall, if they are, you can secure your reservation now.

The return of Park Hopping!

Disney just announced a major component of many guest’s Disney World vacations will be returning in 2021.  Modified Park Hopping will be returning on January 1st of 2021, so more guests may have an opportunity to visit Magic Kingdom on that big birthday. 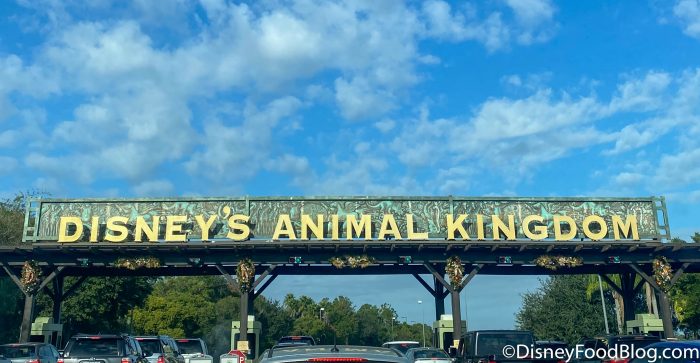 Guests will still need a Park Pass for the park they plan to start their day in, and they MUST enter that park in order to hop to another one after 2PM. While this change isn’t specifically for the 50th anniversary, it is one big step closer to the Disney World we remember pre-pandemic.

Disney’s Polynesian Village Resort opened up alongside the Magic Kingdom on October 1st, 1971, and this monorail loop resort is getting a HUGE refurb right now, with new theming tied to Moana.

While not tied to the 50th, per se, this makeover is set to be finished during summer 2021, just a few months before the anniversary! Like Cinderella Castle, this opening day resort will have a fresh coat of paint (and a whole lot more), proving that change NEVER stops at Disney World!

Click here to learn more about the Polynesian refurb!

Oh yeah, Cinderella Castle got a little facelift this summer with a new PINK hue! 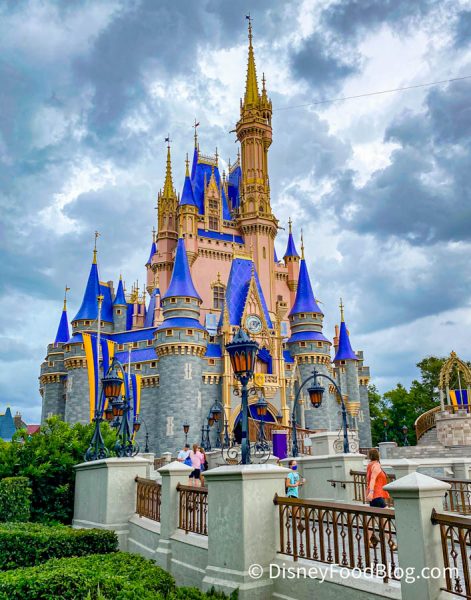 But this park icon isn’t the only thing looking all fresh and new in preparation for the 50th. The entrance sign to the Magic Kingdom is also getting a paint job! The new color scheme is darker blue and iridescent rose gold — VERY trendy for 2021! 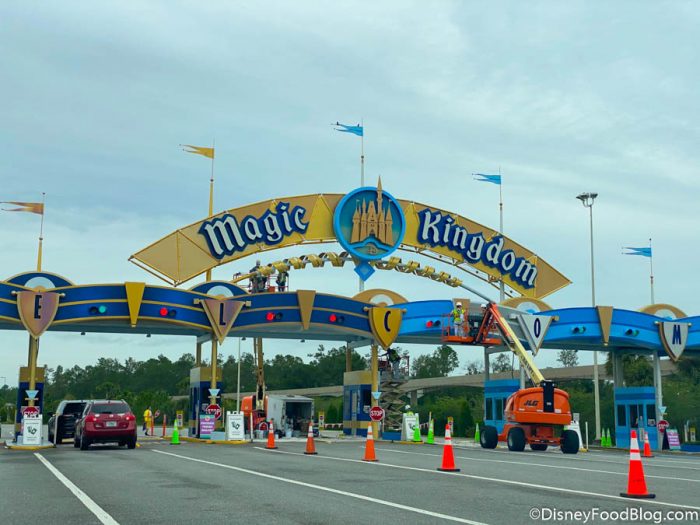 That’s not the only sign getting a modern update  — the entrance signs to ALL of Walt Disney World — you know the one with Mickey and Minnie you drive under — is getting a refurb, too! 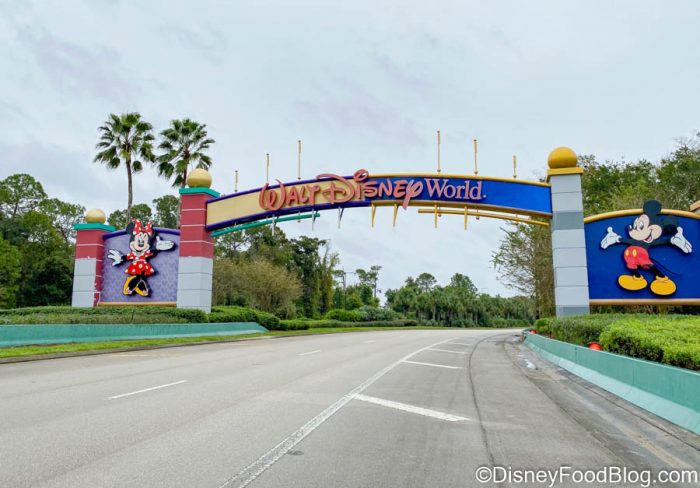 The sign even has a new motto. Instead of saying “Where Dreams Come True,” the signs will now read “The Most Magical Place on Earth.” Which, yeah, Disney World totally is! 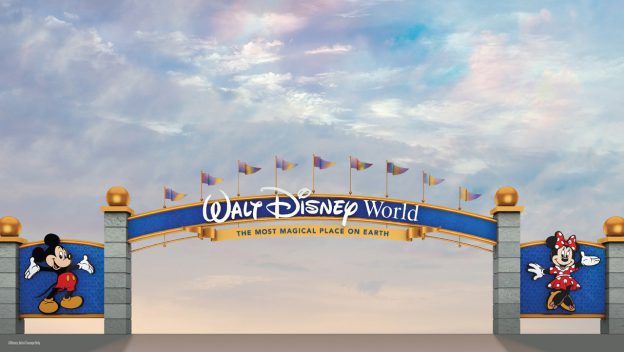 ©Disney Via the Disney Parks Blog

As you can see from the concept art, the castle in the clouds will be replaced with more flags, and the entire sign will have a darker shade of blue. Work on this sign has already begun, and it seems as though it will be done before the 50th!

Check out more pics of the repainting work happening here!

How Disney World Is NOT Preparing for the 50th

Whether it’s Mickey Mouse’s birthday, the holidays, or really ANY day, Disney likes to celebrate in style! 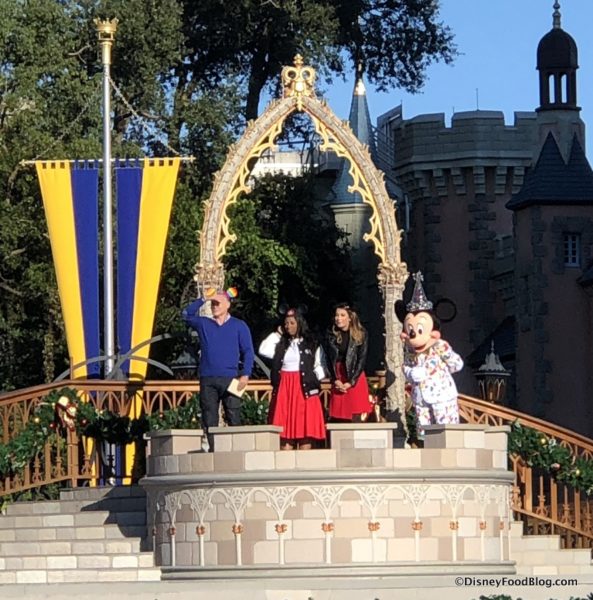 And we IMAGINE there will be specialty merch, treats, shows, meet and greets, and other experiences for Disney World’s 50th anniversary. Only…we don’t know what those things will be yet! Even more, we don’t know WHEN those things will pop up in the parks! we’re less than a year from the big day and all we know is that more info will be shared “soon.” 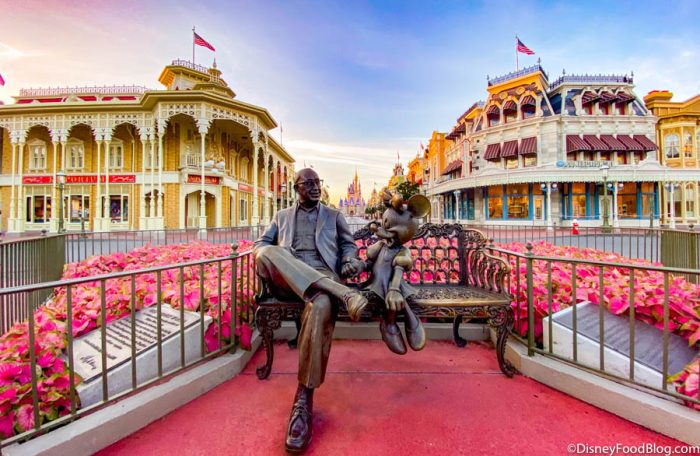 Mickey’s 90th birthday was Disney World’s last big celebration, and they honored the mouse for MONTHS, so it makes sense Disney World will have some sort of celebration for the 50th a little before and after the ACTUAL date. But we don’t even know when those celebrations will begin yet! Only time will tell.

Click here to learn more about when we could hear an announcement about the 50th! 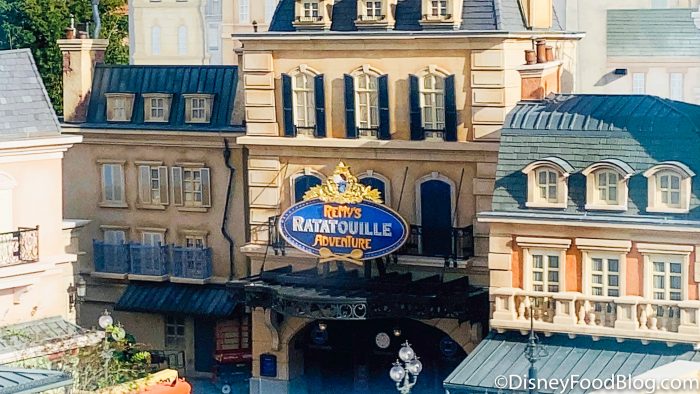 Those restaurants and attractions as well as Guardians of the Galaxy: Cosmic Rewind in EPCOT, Roundup Rodeo BBQ Restaurant at Disney’s Hollywood Studios, TRON Lightcycle Run at Magic Kingdom, and Star Wars: Galactic Starcruiser (AKA, the Star Wars Hotel) were all expected to open before the 50th at one point, but we don’t have any dates for them! 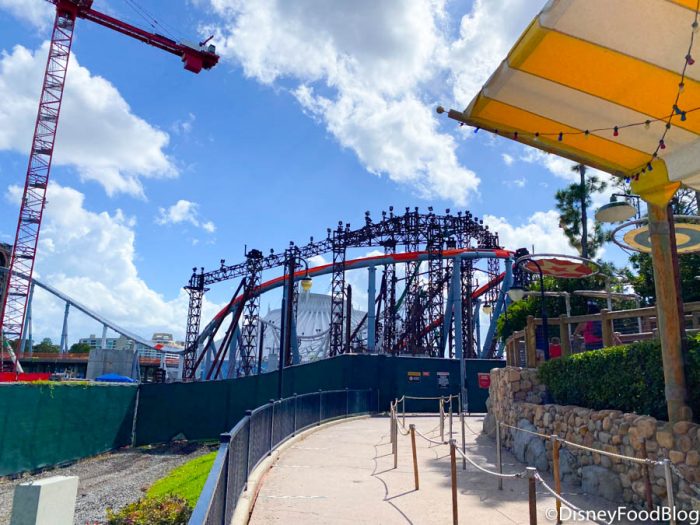 In fact, a few of the opening windows we DO know have been pushed BACK. Remy’s Ratatouille Adventure and Space 220 have both been pushed back from their original opening timeframes. Will these attractions even be open for the 50th? Who can say! Hopefully Disney World will…eventually.

In addition to not knowing about ride opening dates or park hopping or special events…there’s a lot we don’t know about Disney World’s 50th anniversary celebration. But the second we know ANYTHING about this event, we’ll fill you in!

We’re Surprised It Took Disney This Long to Do These 5 Things!

Are you planning on going to Disney World for the 50th anniversary? Let us know in the comments!