Over the holiday weekend, we’ve seen massive crowds in Disney World. From dwindling Park Pass Reservation availability to long lines for rides and attractions, you could definitely feel a difference in the number of people visiting the parks and resorts over the last couple of days.

We’re also seeing big crowds on the west coast as well! Downtown Disney, which has been reopened since July of 2020, has begun pausing how many people they allow in!

When we checked out the Disneyland app, we received a pop-up notification informing us that “due to limited capacity,” they are “occasionally pausing parking” as well as pedestrian entry into the shopping and dining district. At this time, only guests with confirmed dining reservations will be allowed to enter. 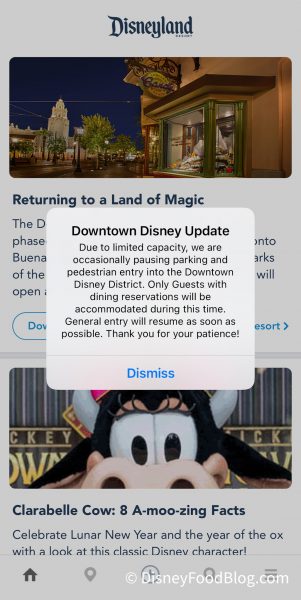 It’s been a while since Downtown Disney has reached the level of crowds necessary to pause parking and entry. Back in the fall, weekend and holiday crowds were a more regular occurrence. 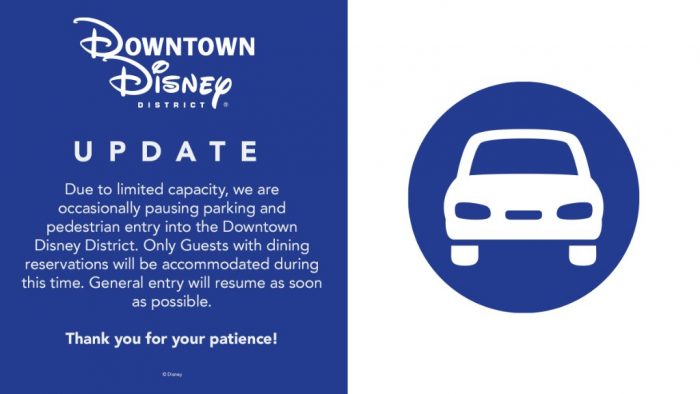 Since then, however, Southern California’s regional stay-at-home order that shutdown most dining options in Downtown Disney, as well as Buena Vista Street, seemed to keep the crowds at bay. Now that dining has returned and folks have President’s Day off from work and school, however, it looks like those crowds have returned in full force. 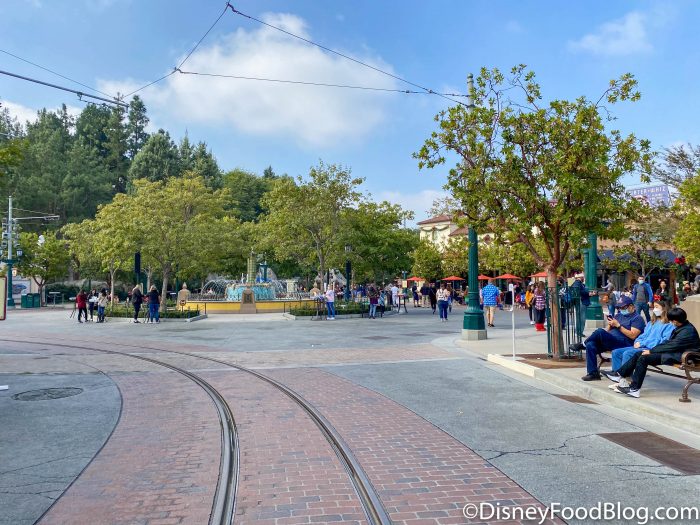 If you’re heading to Downtown Disney today, be prepared to wait additional time to enter. We’ll keep monitoring the crowds at both Disneyland and Disney World as the holiday week continues.

Click here to read about analysts’ predictions regarding Disneyland Annual Passholders and their percentage of overall attendance!

Have you visited Downtown Disney since it reopened last July? Let us know in the comments!

« PHOTOS & VIDEO: Real PEOPLE Were On the PeopleMover in Disney World Today!
Review: Chicken and TATER TOT Waffles Are the NEW Disney Must-Try »