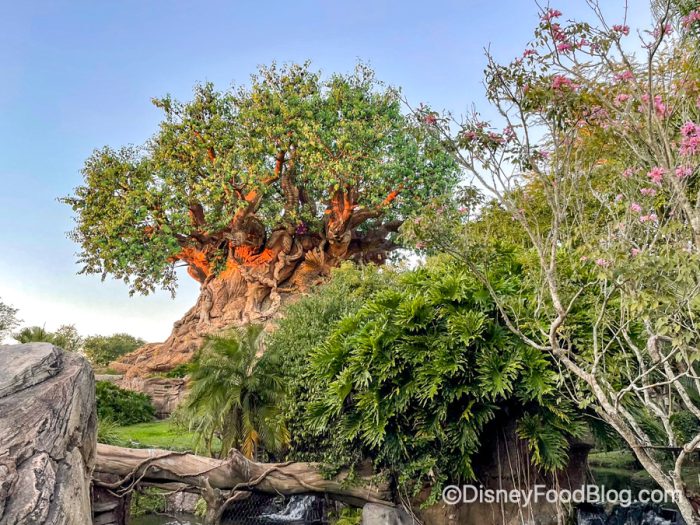 If you haven’t visited this park in a hot minute, you might need a little refresher on what’s going on at the moment. Last week, we took a look at the price increases, some Disney princess Wishables, and a mask update. Now, we’ve got some NEW updates for you about food, souvenirs, construction projects, crowds, and more! Check out these changes so that you’re not caught off-guard during your upcoming trip. END_OF_DOCUMENT_TOKEN_TO_BE_REPLACED Why? Because BoardWalk Bakery is serving up an array of new Breakfast Sandwiches, and we’re here to check out the menu, featuring Ooey Gooey, Oh That’s So Cheesy, Butter Butter, and Everything Everything Sandwiches! The BoardWalk Bakery serves breakfast from 6:30 – 11:00 am, and while we’re so often tempted by some of the sweeter offerings in their remarkable bakery case, how could we resist trying a couple of these? END_OF_DOCUMENT_TOKEN_TO_BE_REPLACED Since there is no END_OF_DOCUMENT_TOKEN_TO_BE_REPLACED

Last year, we shared the announcement that Epcot’s Fountain View Cafe in Walt Disney World would become a Starbucks location. This Future World location that was popular for ice cream treats joins the Main Street Bakery in the Magic Kingdom as a counter service retreat for coffee lovers.

Today, we have a FIRST LOOK of the new Fountain View Cafe doing business as a Starbucks! Follow the walkway up into the new, futuristic Starbucks! Starbucks is prominently displayed at the entrances and on the windows of Fountain View. Check out the cool Retro font!

Once you’re inside, you’ll be able to survey Future World. …and check out all of the futuristic additions to the cafe! Cast Members are all END_OF_DOCUMENT_TOKEN_TO_BE_REPLACED

Update: Check out the discreet integration of Starbucks into Fiddler, Fifer & Practical Cafe.

And one more of the places on Buena Vista Street I am really looking forward to is the Fiddler, Fifer & Practical Cafe. Why? Because Disney California Adventure NEEDS a good counter service spot where one can grab a great sandwich and a STARBUCKS beverage! At a recent media preview I was able to check out some of the items that will be served at the Cafe, and it looks like there will be some pretty tasty options…

I got some great photos of the dishes that will be served here at the Fiddler. The first thing I noticed about the menu, though, was that the items appeared to be very similar to what is being served over in Disneyland at the Jolly Holiday Bakery.

This is not a bad thing by any means; Jolly Holiday is fantastic! Open for breakfast, lunch, and dinner, Fiddler, Fifer & Practical will be serving a wide variety eats: I don’t have the “official” names of the sandwiches pictured below, but some appear to be identical to END_OF_DOCUMENT_TOKEN_TO_BE_REPLACED