Cinderella’s Royal Table reopened last year with modified character dining, but at the time, only lunch and dinner were being served. Since then, we heard the announcement that breakfast would be returning to this iconic Magic Kingdom restaurant. 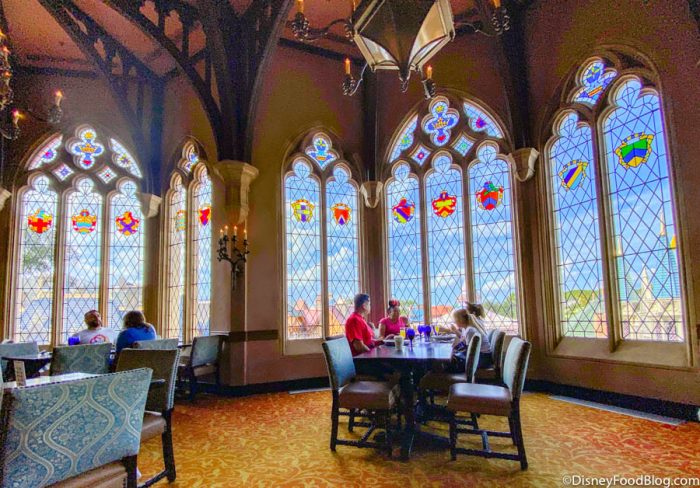 We grabbed a reservation and now we’re back in the early morning hours to check out what breakfast looks like these days at Cinderella’s Royal Table!

END_OF_DOCUMENT_TOKEN_TO_BE_REPLACED

We’re back at the Magic Kingdom for a little holiday cheer! 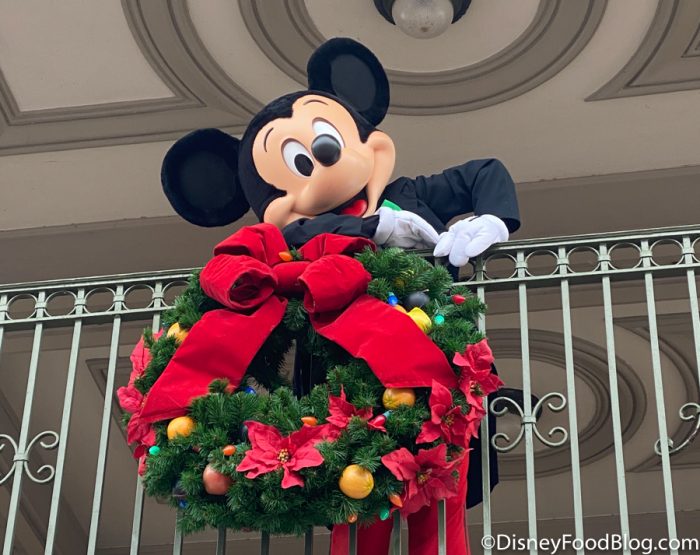 Mickey at the Magic Kingdom

We’ve been checking on the Magic Kingdom to note any new food, merch, or attraction updates. We headed into the magical theme park to see what’s new and what’s happening this Christmas week!

END_OF_DOCUMENT_TOKEN_TO_BE_REPLACED

The holidays are a time for many new Disney treats to make their debut. 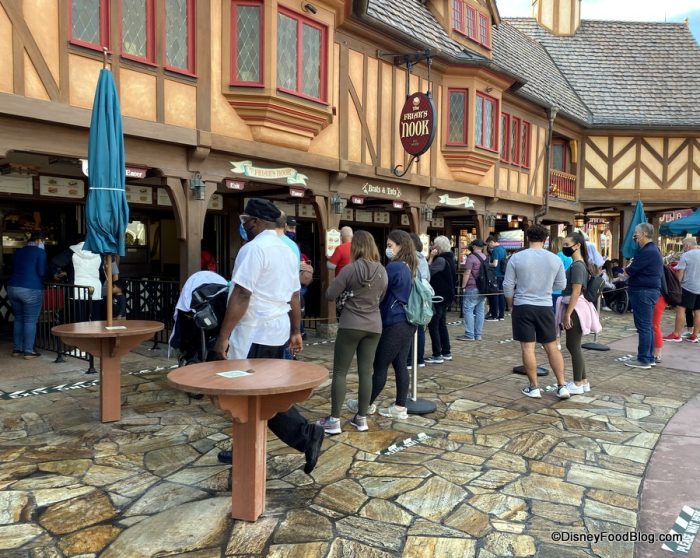 We saw some awesome cupcakes, and some more unique desserts this year, but Disney announced earlier this week that some limited-time breakfast items would be coming to Magic Kingdom!

END_OF_DOCUMENT_TOKEN_TO_BE_REPLACED

When you’re visiting Magic Kingdom, every minute matters! If you’re looking to do it all in a single day, eating on-the-go is a great way to maximize your time in between attractions, cavalcades, and more! 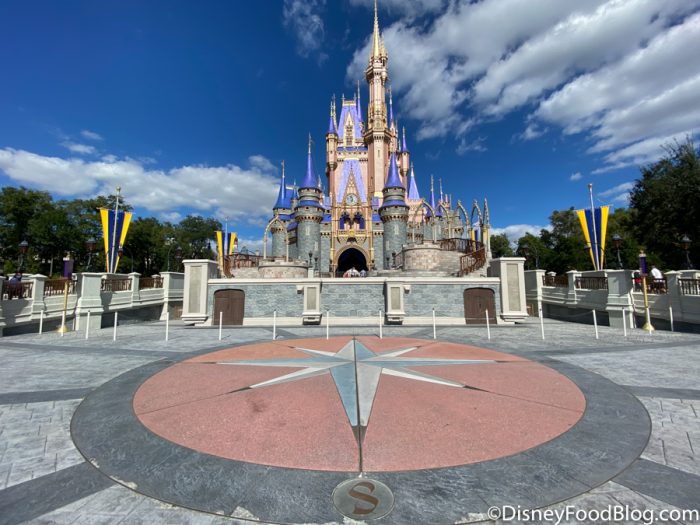 As Disney World continues its phased reopening, more dining locations have been reopening and expanding their menu. Now, a popular Counter Service spot has brought back their breakfast menu!

END_OF_DOCUMENT_TOKEN_TO_BE_REPLACED

UPDATE: On Friday morning, the Cheshire Cat Tail was NOT available at The Lunching Pad. We were directed to Cosmic Ray’s Starlight Cafe to pick up our pastry. We were told it may only be available at one location or another at a time.

It’s no secret that the Cheshire Cat Tail is one of our favorite Magic Kingdom snacks! 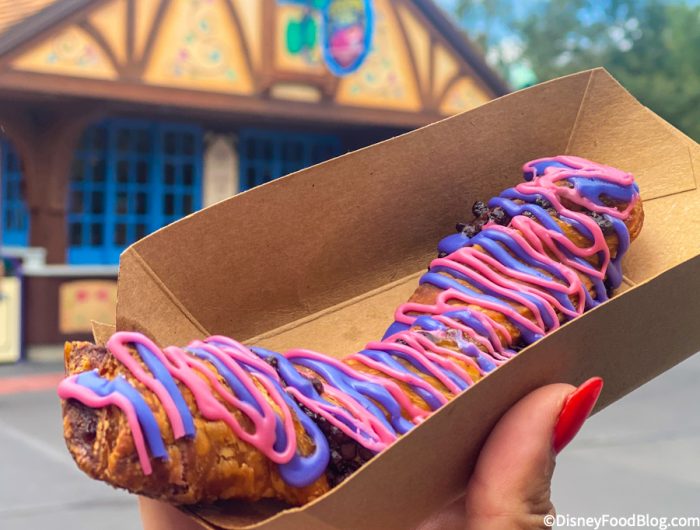 When the parks first reopened, we went on quite the quest to find our beloved pastry snack! Cheshire Cafe, the snack stand where you can usually order this beauty, still hasn’t reopened — so the pastry made its way over to Cosmic Ray’s Starlight Cafe. For a while, Cosmic Ray’s was the only place you could order the cat tail…until now!

END_OF_DOCUMENT_TOKEN_TO_BE_REPLACED

As we look over the 2018 Disney Year in Review, one classic location that has seen a few changes this year is The Plaza Restaurant in Disney World’s Magic Kingdom. This beloved Table Service restaurant began serving breakfast in November. The new offering has been such a hit that this temporary meal keeps getting extended. Originally it was only to be offered through early January. Then, Advance Dining Reservations were extended into early March. END_OF_DOCUMENT_TOKEN_TO_BE_REPLACED

The Plaza Restaurant in Disney World’s Magic Kingdom is a longtime favorite.

Tucked at the end of Main Street, U.S.A., this small location (as compared to your usual table service restaurant) is completely packed with old-fashioned charm echoing Main Street’s turn-of-the-century feel.

The Plaza Restaurant is typically a spot for lunch and dinner, but this morning a new meal made its debut: breakfast! You can currently make an Advance Dining Reservation for breakfast from 7:45 – 10:30 AM. And, as of press time, The Plaza will be serving breakfast through March 2, 2019. (It is unknown at this time whether the meal will be extended beyond that date.)

So let’s start our Magic Kingdom day with breakfast at The Plaza Restaurant!

We can’t help but say that The Plaza Restaurant — filled with sunlight pouring in from the windows — is a perfectly charming space to begin the day! END_OF_DOCUMENT_TOKEN_TO_BE_REPLACED

The Plaza Restaurant in Magic Kingdom will start serving breakfast on November 4, 2018. And when the new meal for this table service restaurant was originally announced, dates were only available for booking through January 5, 2019.

However, if you visit the Walt Disney World website, you’ll notice that Advance Dining Reservations are now coming up through March 2, 2019. END_OF_DOCUMENT_TOKEN_TO_BE_REPLACED

is home to classic American lunch and dinner favorites like a Club or Reuben sandwich. And don’t forget those all-you-can-drink Milkshakes of the Month (currently an Un-Birthday Celebration Spectacular), but now you’ll be able to add breakfast favorites to the list of items at the Plaza!

That’s right! Starting November 4 and running through early January 5th, you’ll be able to have a table-service breakfast on Main Street U.S.A. while looking at Cinderella Castle! [Editor’s Update: Breakfast at Plaza Restaurant has been extended, and bookings are currently available through March 2, 2019!]

END_OF_DOCUMENT_TOKEN_TO_BE_REPLACED Since there is no END_OF_DOCUMENT_TOKEN_TO_BE_REPLACED