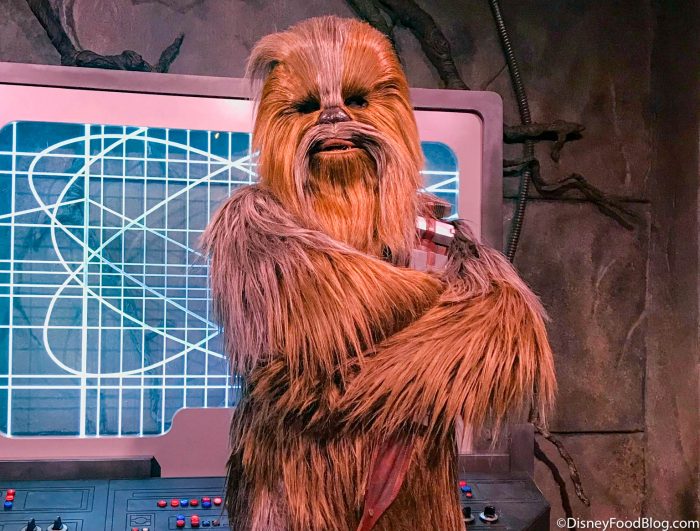 END_OF_DOCUMENT_TOKEN_TO_BE_REPLACED

Now that the Main Street Bakery is closed for renovation and Starbucks-ifying, guests have to go elsewhere for their breakfast pastries!

This past weekend, our colleague (and Goofy Challenge Medalist!!!) Andy Jackson from Eating (and Drinking) around the World sent over a few pics from the Magic Kingdom of the newest breakfast game in town: The Tomorrowland Terrace!

Usually open sporadically, Tomorrowland Terrace has had various menu changes throughout the past couple of years. But it rarely (if ever) offers breakfast. Now, while the offerings aren’t as extensive as what you could have found at the Bakery had it been open, I’m pretty intrigued by a couple of the choices…

Beignets?!? Wha?! I wonder if they’re more like the Port Orleans French Quarter Beignets, or more like the Disneyland Mickey Beignets! Anyone out there try them yet? Sometimes burgers just won’t cut it and you need a little piece of heaven for lunch, right? Who hasn’t felt that way after a few days in Disney World?

So here’s a quick Friday Afternoon Cost-Saving tip for ya: Fill up for less on one of these amazing ham and cheese croissants at Boulangerie Patisserie. Awesome, right?! And the last time we were there, you could get one of these babies for a single Disney Dining Plan snack credit! Stop by France's bakery for a filling snack!

Enjoy your lunch at the nearby indoor seating area, or outside at one of the bistro tables! And since you’re keeping it “light” and inexpensive for this meal, you’ll be able to sample some more mouthwatering treats on your adventure through Epcot! Don’t miss other delicious snack items in Epcot! We’ve included over 100 photos and reviews of our favorite snacks in the new Disney Food Blog Mini-Guide to Epcot Snacks!

This e-Book has detailed reviews, information, and full-color photos of END_OF_DOCUMENT_TOKEN_TO_BE_REPLACED I got some pretty weird looks from folks, but I’m pretty used to that by now. 😉 And don’t worry, I took the food I didn’t eat back to the hotel room. And I subsequently found out that a cinnamon roll from the Bakery tastes surprisingly good even END_OF_DOCUMENT_TOKEN_TO_BE_REPLACED