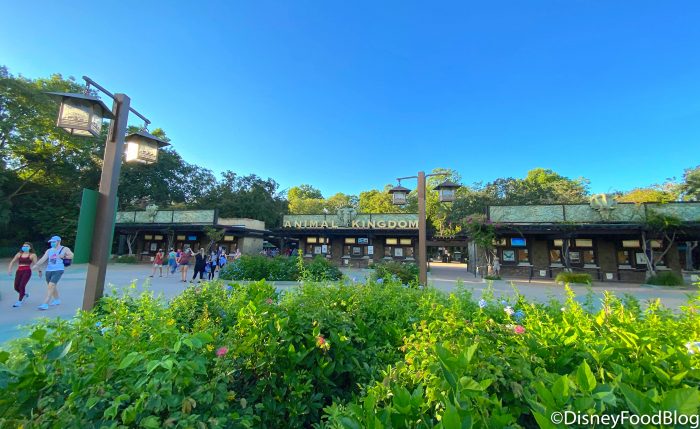 And, we’ve got plenty of merchandise and food updates to share with you, so let’s dive right on in!

Technical difficulties happen in theme parks pretty frequently, whether it’s an attraction or an online feature. But, we saw THREE problems happen in one day when we were visiting Disney World this week. On top of shopDisney’s website going down and Disney Gift Cards being unavailable to use, the Mobile Order system in the parks experienced some issues while we were there. 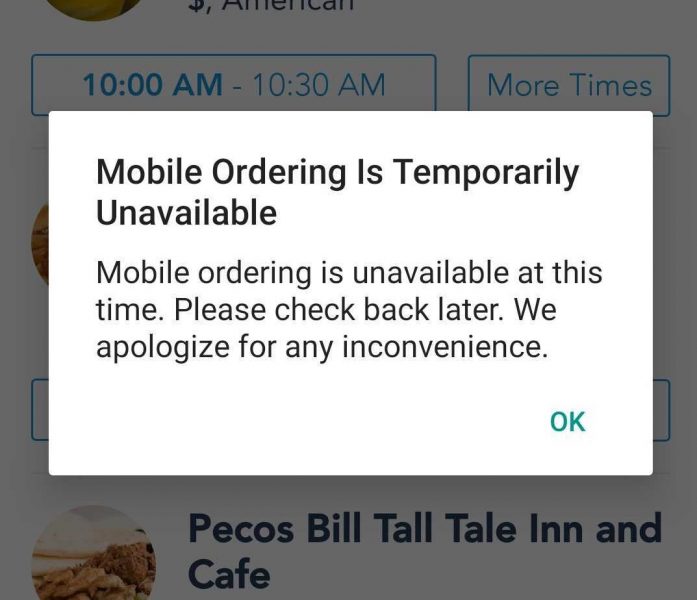 We received a notification that the service was temporarily unavailable whenever we tried to access Mobile Order through our My Disney Experience app. Although the technical difficulties lasted well into the afternoon, they were eventually fixed so guests could order through the My Disney Experience again. During the midst of the Mobile Order outage, however, guests would wait in line with handheld menus (and Satu’li Canteen‘s queue was looooong). 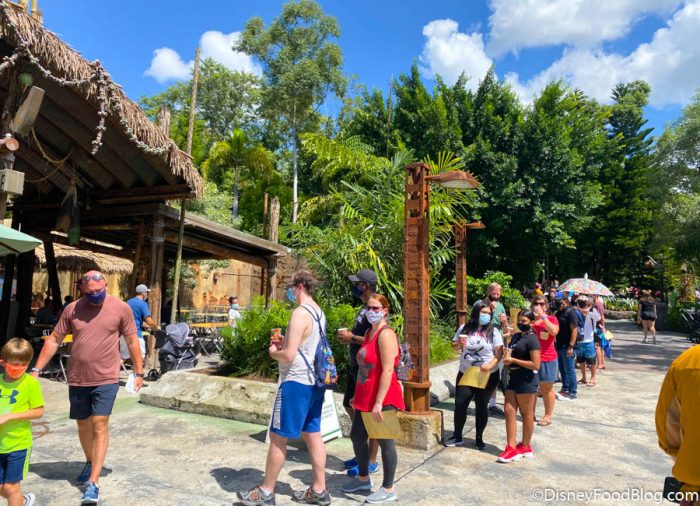 Here’s everything you need to know about Mobile Order going down in Disney World!

Halloween is in the air, along with the sweet scent of pumpkin spice! And, Zuri’s Sweets Shop had brought many of the same treats that we’ve seen at Goofy’s Candy Company like the Pumpkin Pie Rice Krispie Treats… 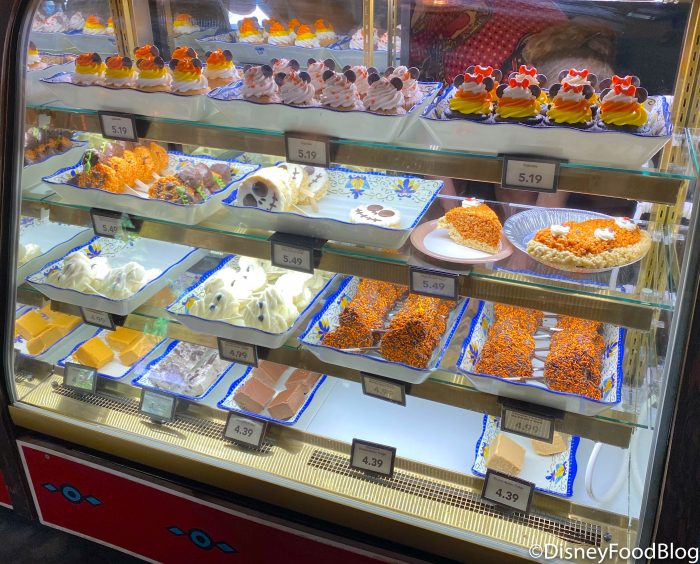 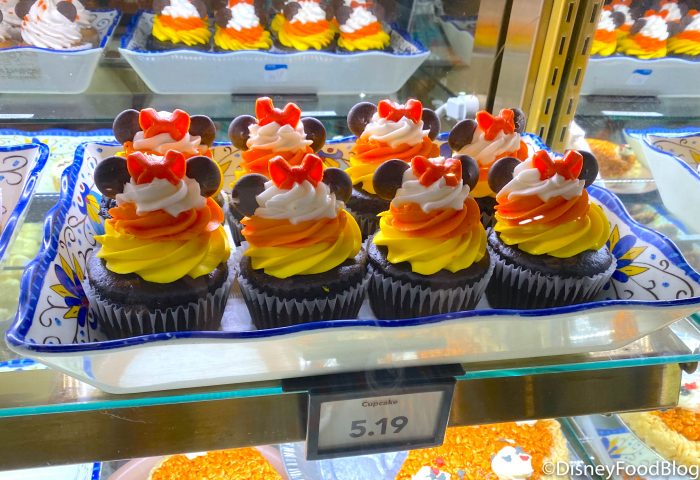 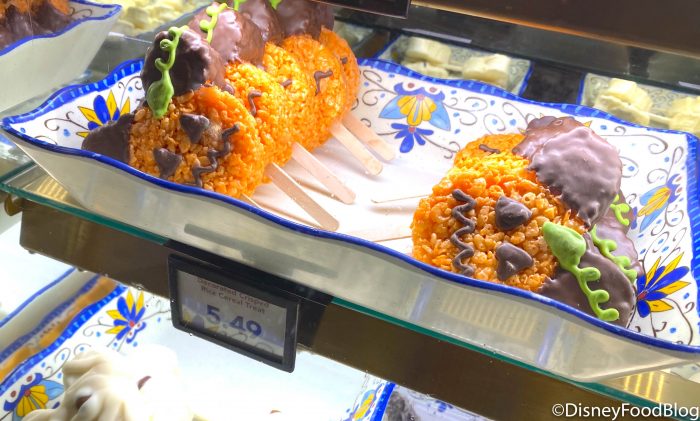 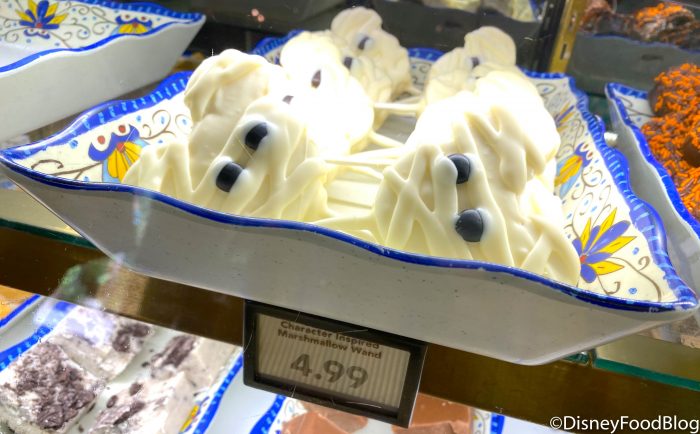 But, while we were there, we spied something else on the shelf that was a returning favorite and honestly beautiful. Pumpkin FUDGE had also joined the rest of the Halloween treats at Zuri’s and, of course, we had to try it! 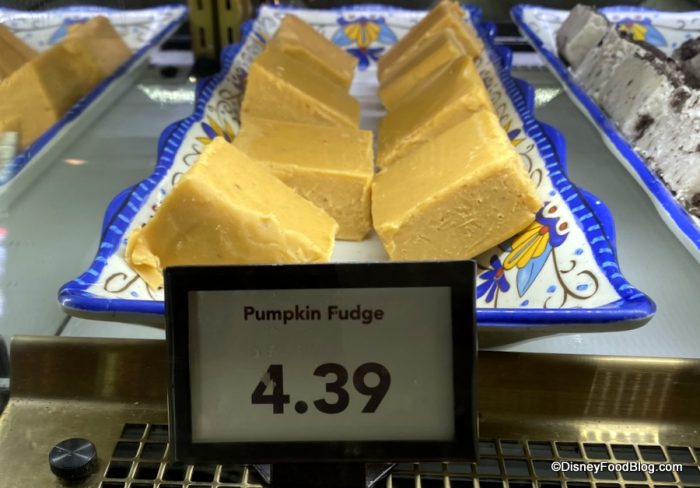 While Pumpkin Fudge is usually over at the Main Street Confectionery, Goofy’s Candy Company, and the BoardWalk’s Screen Door General Store during spooky season, it’s been hiding away before making its grand return at Zuri’s! 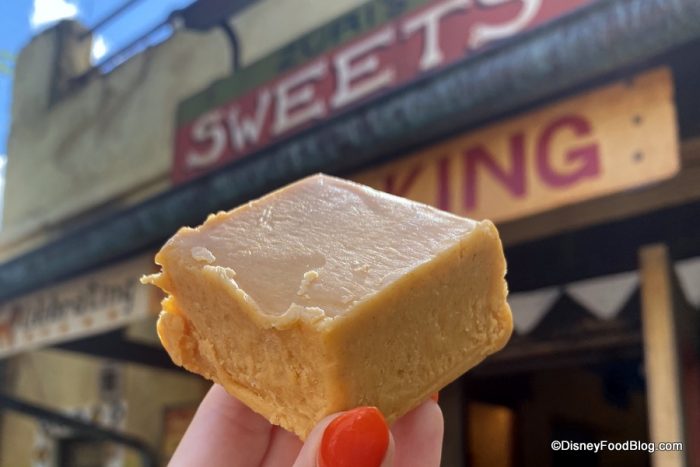 And, it’s just as good as we remember with just a hint of spice but SO MUCH PUMPKIN. 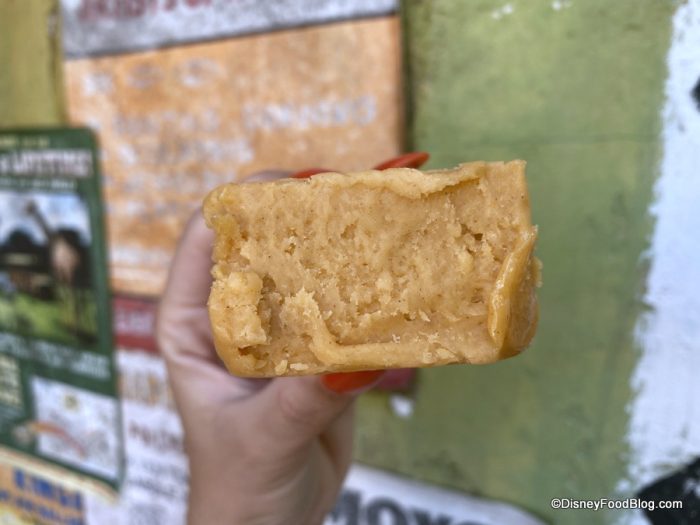 Plus, that thick texture that seems heavy but melts in your mouth is practically perfect in every way.

We were SO happy to see that the Dawa Bar had opened once again to greet guests with refreshing drinks to kick off your day in the Animal Kingdom. 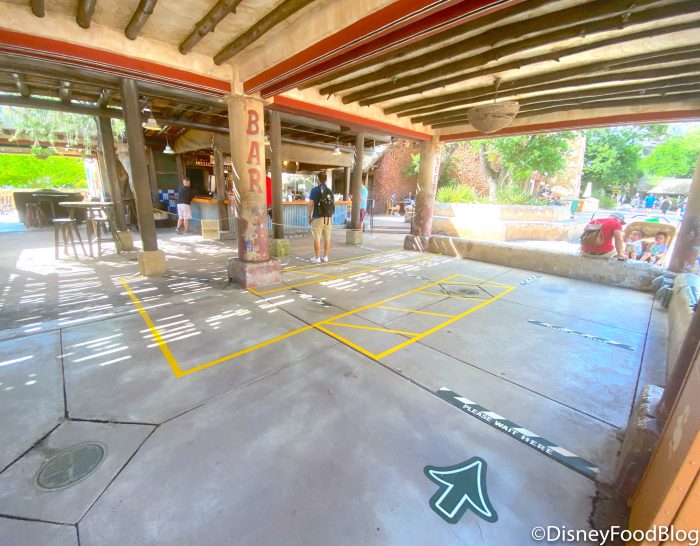 As you make your way around Harambe Village before heading to your favorite attractions in the park, you can stop by and snag a Lost on Safari like we did at the bar! 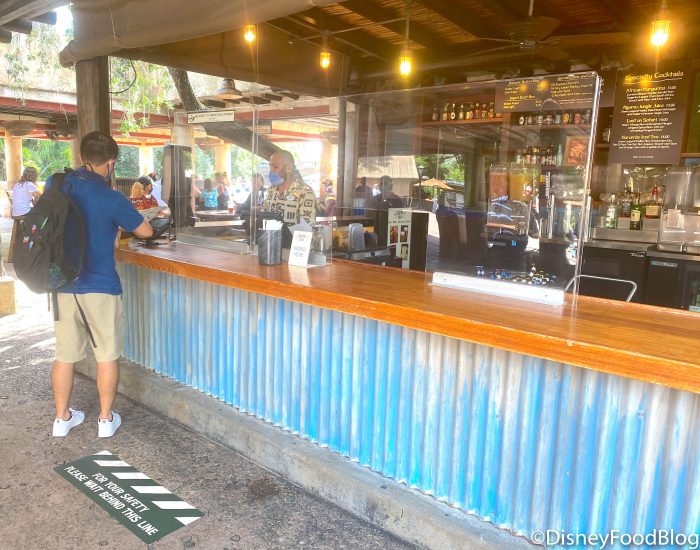 The Lost on Safari is mixed up with Starr African Rum, Captain Morgan’s Original Spiced Rum, and house-made Pangani Punch for $14. 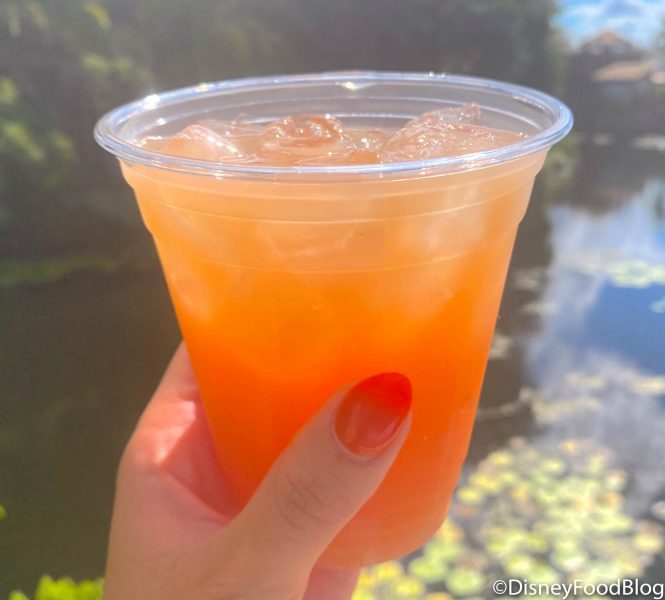 The fruity flavors combine with a kick of spice and booze really fit that fall aesthetic we can’t get enough of this time of the year!

Still thirsty during one of those hot Florida days? Joffrey’s Coffee is one of our favorite spots to pick up a nice iced coffee or a sweet drink! 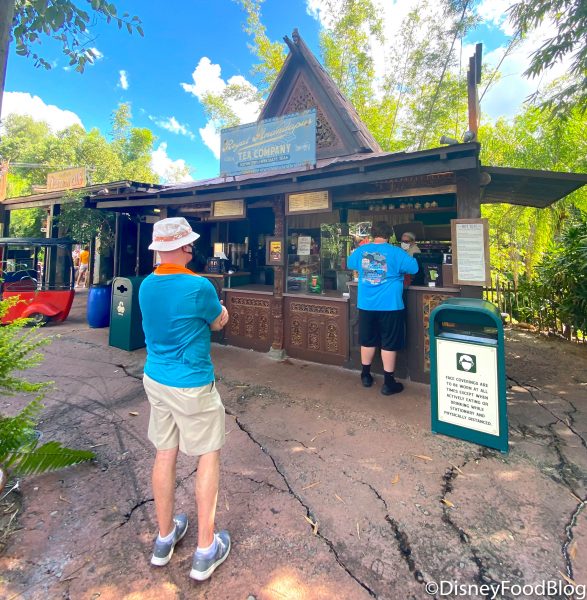 While you can get Pumpkin Spice options, we’re also happy to see that the Incredible Frozen Flame slush is back with passionfruit and strawberry flavors for $5.69! 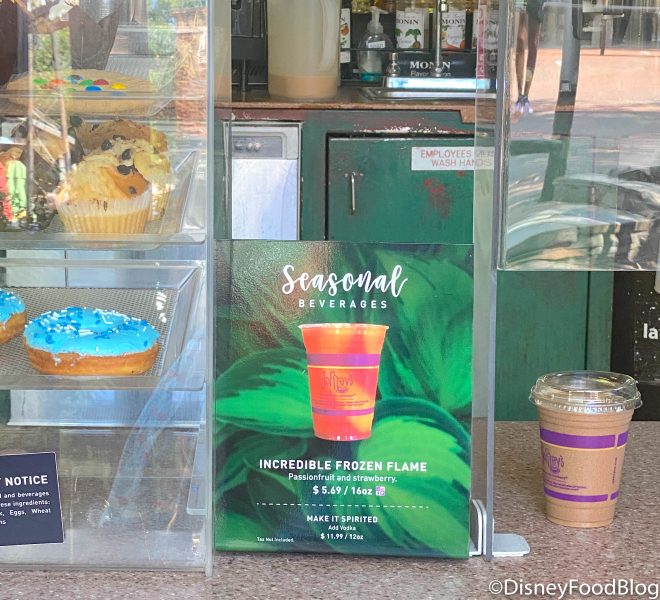 After a long day of exploring Asia, Africa, DinoLand, and all the other parts of Animal Kingdom, the Nomad Lounge is THE place to chill out and relax for a while. Adjacent to Tiffins, guests can grab small bites and a full menu of drinks available during their visit. We noticed that the Nomad Lounge now has a Specials Menu that everyone can peruse before choosing what they’d like to snack and sip on! 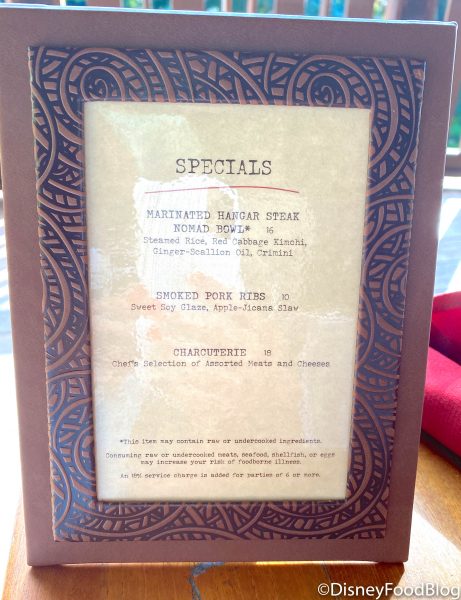 The Smoked Pork Ribs and Charcuterie are both returning menu options, while the Wagyu Bowl has been replaced by the new Marinated Hangar Steak Nomad Bowl. 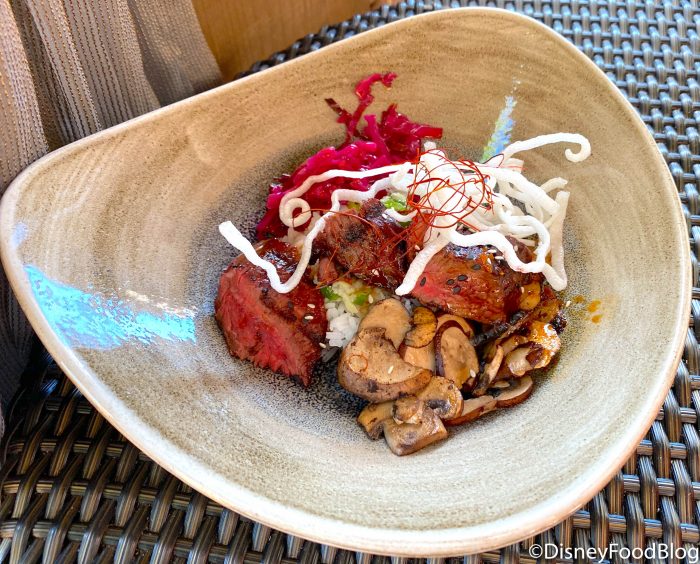 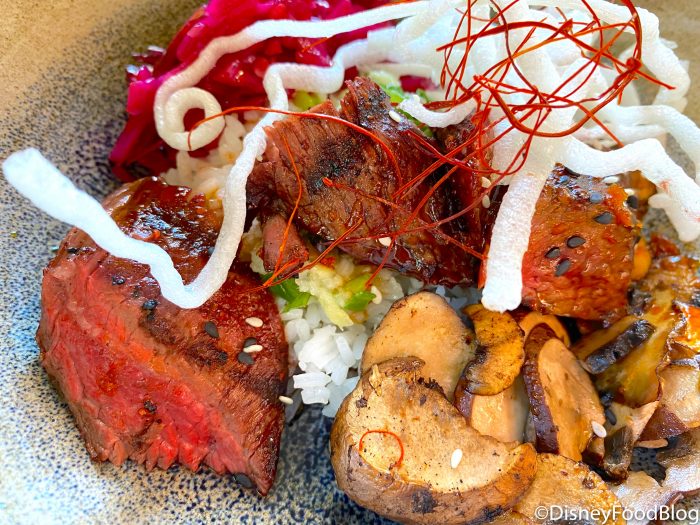 …which we think pairs wonderfully with a nice Bloody Mary (or honestly any other drink off Nomad’s menu)! 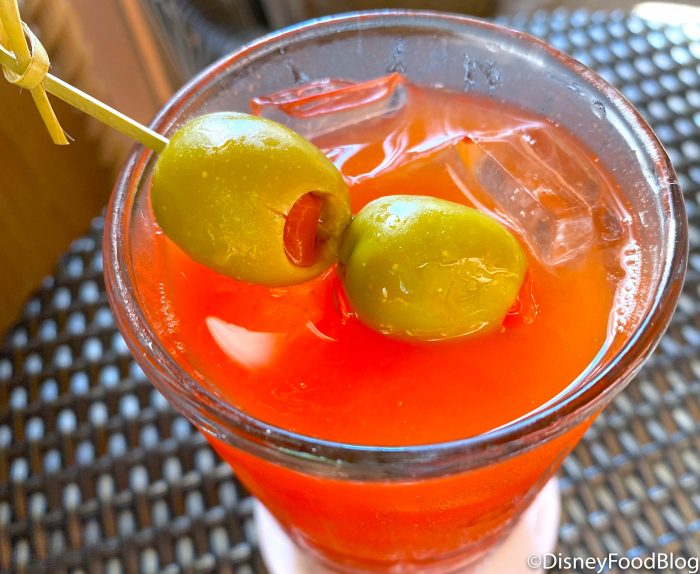 Since the Animal Kingdom has opened again, entertainment has started to be brought back into the parks! And, we’ve ESPECIALLY loved seeing that Fossil Fun Games has been a hot-spot for families and individuals to try their hand at winning a prize in DinoLand, U.S.A. The registers at the Discovery Island shops had some of the new Dino-Rama Plushes out on display as an advertisement for the games over in the DinoLand section of the park. 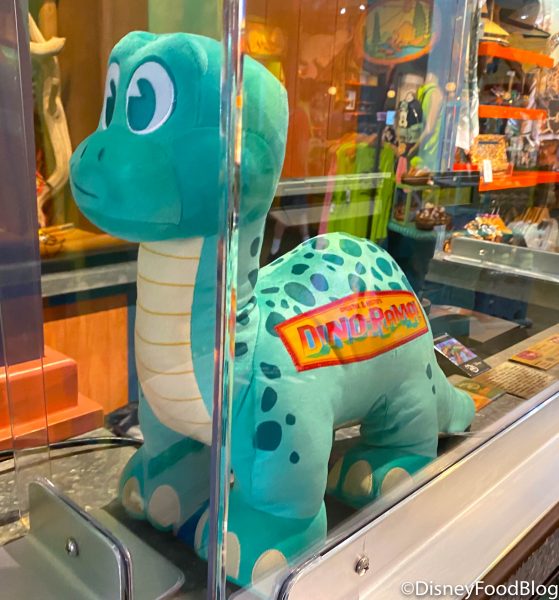 A Cast Member even told us that the two carnival games that are open right now have probably been so popular since the new Dinosaur, Mickey, and Minnie Plushes are adorable (and we have to agree)! 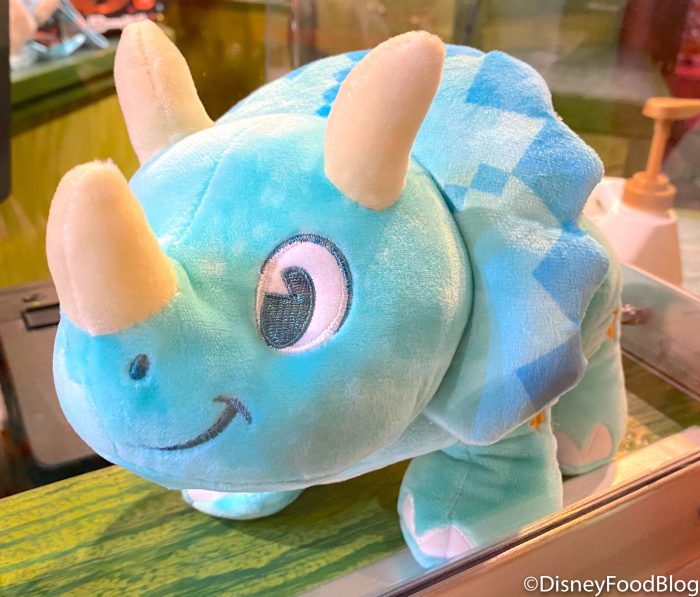 While you’re over on Discovery Island, you can pop into the Island Mercantile to pick up the Grape Soda Shirt that we’re sure Russell and Carl would love! You might usually sport that special Grape Soda Pin, but we think that it’s about time you have a shirt to go along with it for $24.99. 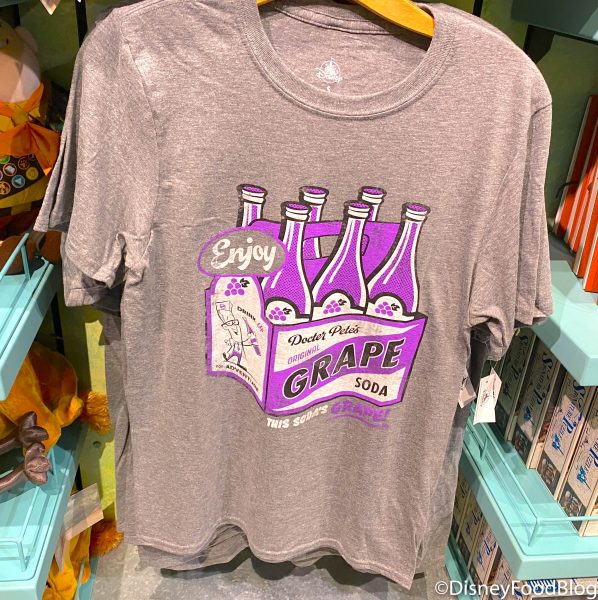 There’s also a sweet new Minnie Mouse Shirt on the shelves, complete with her iconic red and white color scheme, polka dots, AND sequins all for $36.99. 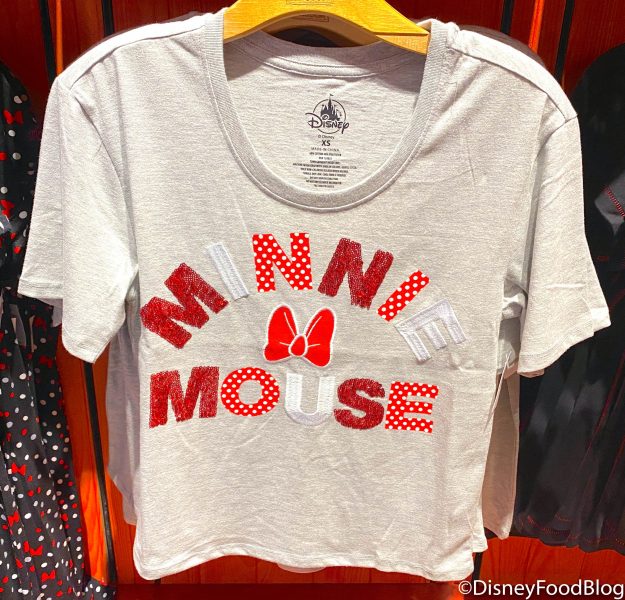 We also noticed that the Island Mercantile was advertising the new Magic of Disney’s Animal Kingdom series that has officially come to Disney+! And, if you haven’t seen it yet, we highly recommend going behind the scenes of the parks to see the animals, operations, and more that are in the show. 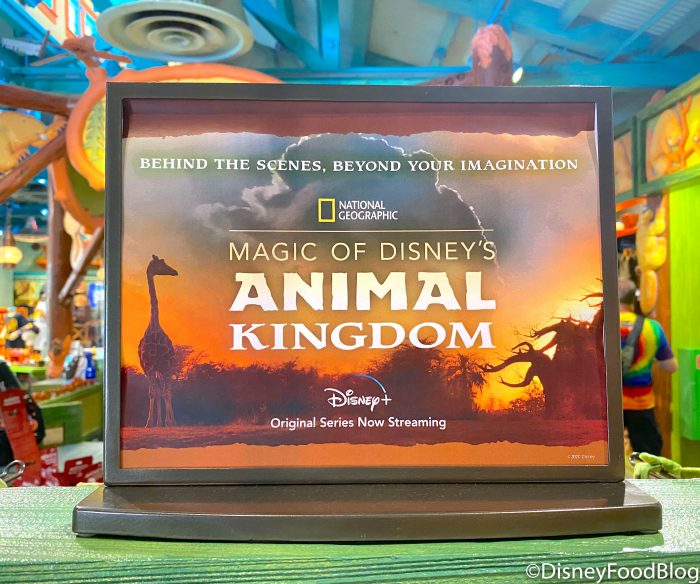 Meet the new Baby Masai giraffe who has just been born at Disney’s Animal Kingdom here!

Well, that’s all for this What’s New at Disney’s Animal Kingdom! We’ll catch you next time for more food and merchandise updates! And, if you have any questions about your upcoming Disney vacation, let us know so we can help you find the answers.

What are you looking forward to seeing in Disney’s Animal Kingdom the most? Let us know in the comments below!

« These Toys Can TALK! Check Out the Chatty New ‘Toy Story’ Collection We Spotted in Disney World!
We Found Another Spot to Get Minnie Ears! Bwana Bob’s Kiosk Has Re-Opened in Magic Kingdom! »