This week was a bit of a rollercoaster in Disney World! 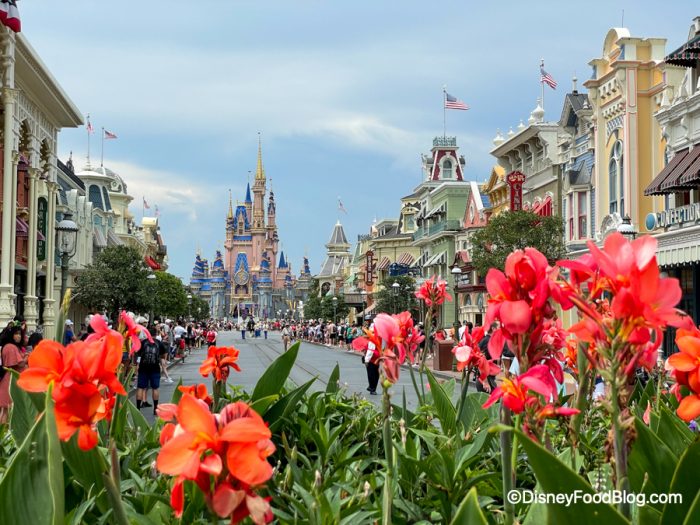 Disney made several new announcements that ranged from reopenings to policy changes, an opening timeframe for a highly anticipated Disney World hotel, and we even witnessed a bizarre sign malfunction, so let’s go over everything unexpected that happened this week!

This week, Disney revealed more details about the upcoming Star Wars: Galactic Starcruiser hotel opening in Disney World in Spring 2022. This immersive hotel will have two day, two-night itineraries aboard the “ship,” not unlike a cruise ship.

Disney gave us a sneak peek at some of the food that will be served in the hotel, as well as some details about the experiences you can have staying in the hotel, such as choosing what type of Star Wars story you want to live!

Here’s more about the Galactic Starcruiser and a video!

Disney announced this week that masks will be required to be worn indoors and in lines beginning on July 30th, regardless of vaccination status. Previously, masks were optional for vaccinated individuals except on most forms of transportation. 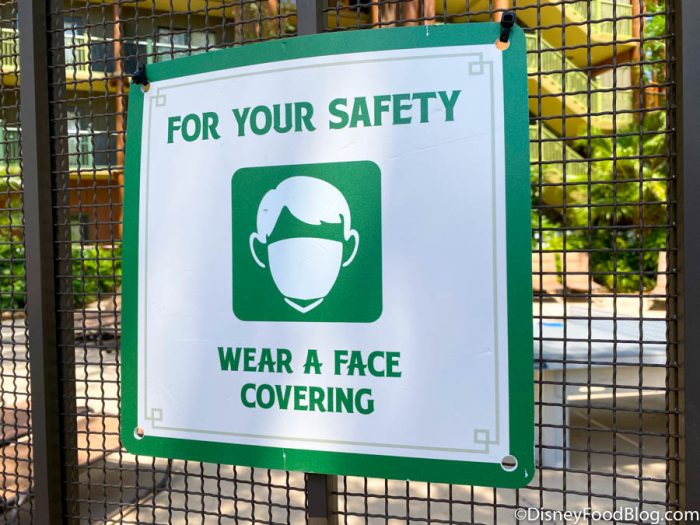 This policy change comes in light of the CDC’s mask recommendation revision as well as the state of emergency declared by the mayor of Orange County, which is where most of Disney World is located.

In Disney’s Hollywood Studios, the sign for the Twilight Zone Tower of Terror ride seemed to be malfunctioning in such a way that we wondered if it had actually entered the Twilight Zone! At one point it listed the stand-by wait time as 15? minutes. 15 question mark?? 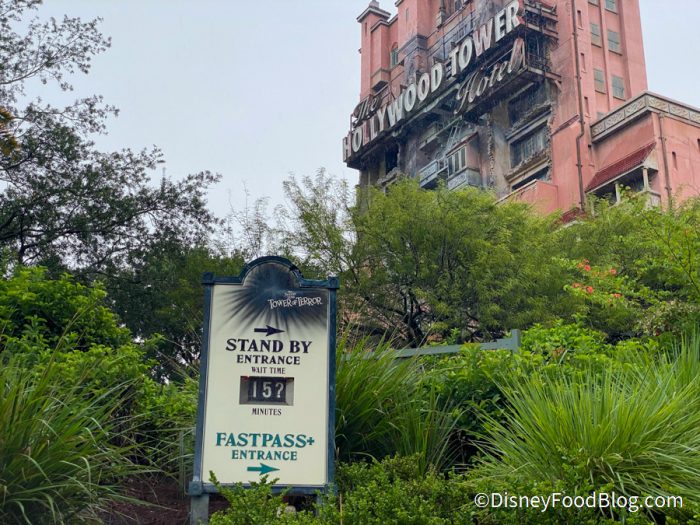 Cast Members told us the sign was struck by lightning, but we’ll leave it up to you to decide whether that’s true or just keeping with the ride theme. We’re gonna go with ghosts. 😉 👻

Read more about the Tower of Terror sign being weird here!

Pizzafari in Disney’s Animal Kingdom will reopen on August 2nd. Their menu has been updated with a few changes, such as replacing the Shrimp Flatbread with a new Chicken Parmesan Sandwich. 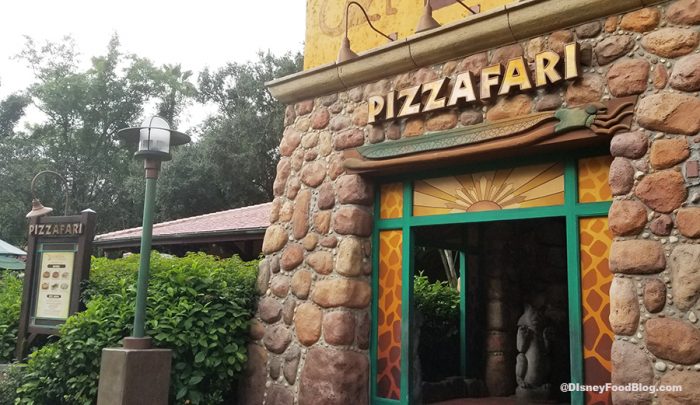 Pizzafari is a quick-service restaurant that serves Italian-style dishes like salad and pizza, and the new menu has added the Spaghetti and Meatball Cupcake! 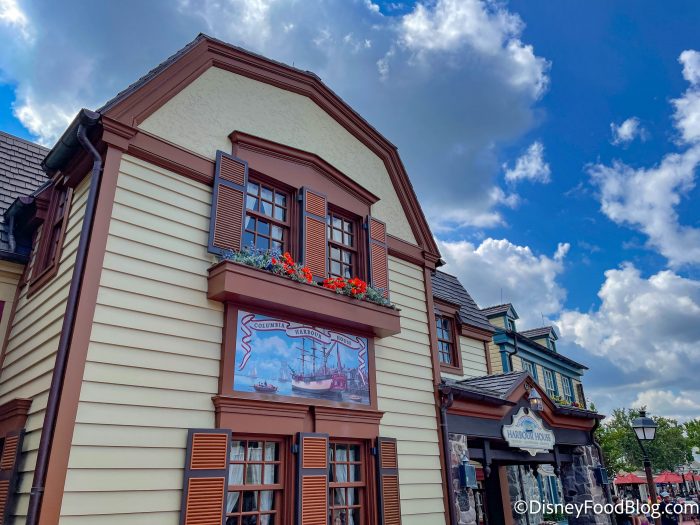 We’re ready to try out the new menu!

Columbia will have a lot of classic dishes back, such as the Lobster Roll, Trio Platter, and the Lighthouse Sandwich.

Disney also announced the reopening of Toledo — Tapas, Steak & Seafood on August 5th. Toledo is located inside the Coronado Springs Gran Destino Tower and is known for its floor-to-ceiling windows and gorgeous views. 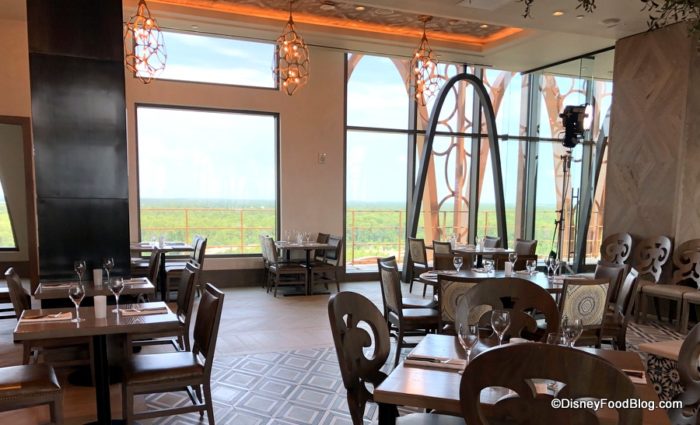 Reservations are open now, and the menu features dishes inspired by Spain, like Charred Octopus. The menu has changed a bit, so keep that in mind when scheduling your reservation.

The Yachtsman Steakhouse will be reopening on August 5th in Disney’s Yacht Club resort hotel. Reservations are already open! 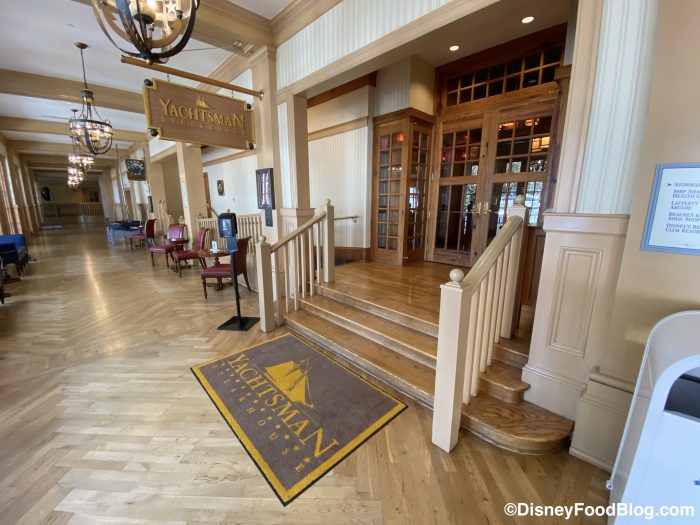 The Yachtsman menu has changed quite a bit, but thankfully the Truffle Macaroni & Cheese is still a side dish.

So that’s everything surprising and unexpected that happened in Disney World this week! Stay tuned to DFB for all your breaking Disney World news!

Click here for the BEST seafood in Disney World!

Are you surprised by any of this Disney news? Tell us in the comments!