The 2022 EPCOT Flower and Garden Festival may not be over yet, but Disney’s already getting us excited for the NEXT big EPCOT event — the Food & Wine Festival! 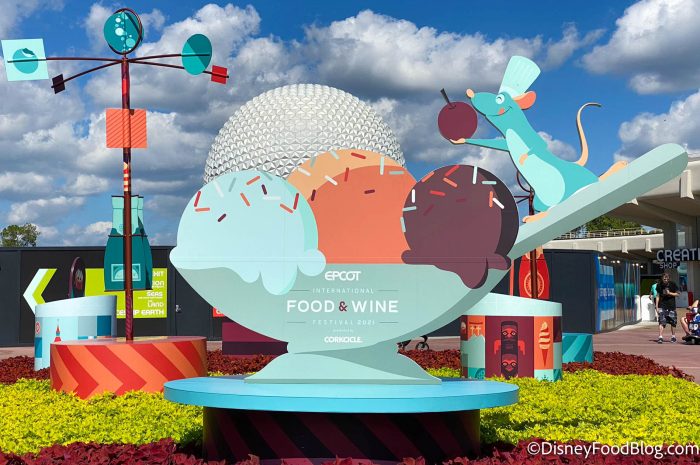 Earlier today, Disney shared that the Food & Wine Festival will start on July 14th and run through part of November. But just what can fans expect to find at the Festival this year? Here’s what we know so far!

Here’s a list of EVERYTHING confirmed to return to the 2022 EPCOT Food & Wine Festival!

It wouldn’t be an EPCOT Festival (particularly the Food & Wine Festival) without…well, food & wine of course! Though Disney has not yet shared the FULL list of booths that will be appearing at the Festival this year, they have shared that there will be NEW concepts and menu items at more than 25 Global Marketplaces (a.k.a. food booths) throughout the park. 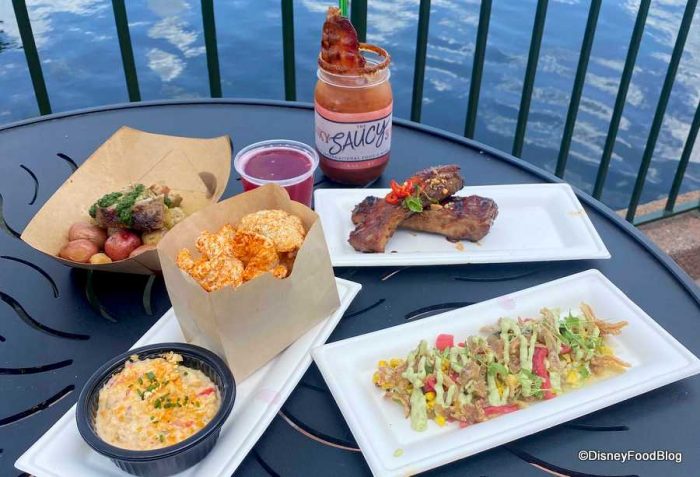 So far, Disney has confirmed that a few booths will be returning from last year, including The Swanky Saucy Swine, Appleseed Orchard, Hops & Barley, Earth Eats (hosted by Impossible), and Shimmering Sips (hosted by CORKCICLE).

When noting the cuisines that will be available at the booths, Disney’s Food & Wine website lists the following: African, American, Asian, Bakery, British, Chinese, French, German, Greek, Irish, Italian, Japanese, Latin, Moroccan, Norwegian, Seafood, and Sushi. We can’t wait to see the official list of confirmed booths once that is revealed! 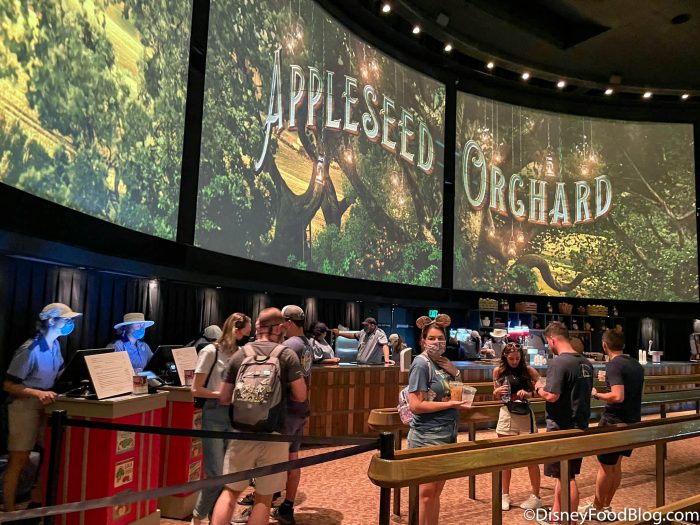 Note that according to Disney, not all of the booths will open at once. Instead, some of the food booths will open a few weeks later (after the official start of the Festival). This is something we saw done last year as well. What festival booths will open “late” and just how late to the party will they be? Disney hasn’t shared that yet, but we’re on the lookout for updates!

Eat to the Beat Concert Series

The Eat to the Beat Concert Series will also be BACK in 2022! The series will feature “internationally recognized artists as well as local bands” and will once again be on the America Gardens Theatre stage. It sounds like this will be a mixture of popular artists and local bands just like what we’ve seen for the 2022 Flower and Garden Festival’s Garden Rocks concert series. 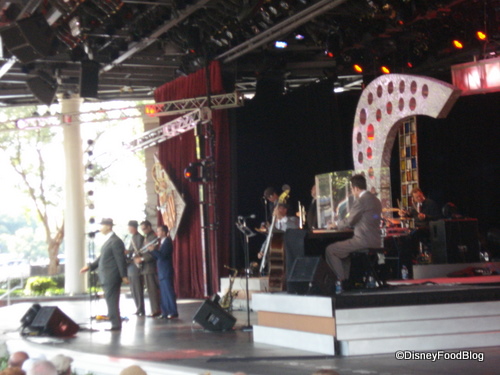 Big Bad Voodoo Daddy Performing at Eat to the Beat | 2009

Disney hasn’t announced the lineup of artists yet, but has shared that the types of music that will be performed will include pop, country, R&B, and more.

If you’re all about the EPCOT Festival scavenger hunts (and their prizes!) then you’ll be thrilled to know that Remy’s Ratatouille Hide & Squeak (the Food & Wine scavenger hunt) will be returning. 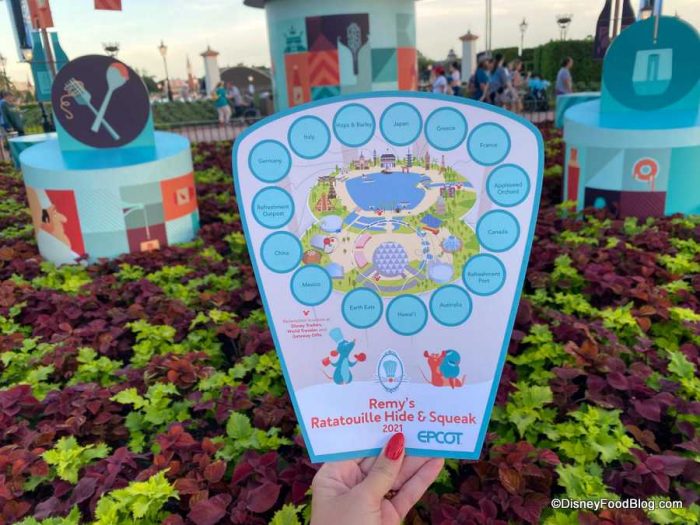 You’ll be able to buy your map and stickers from Port of Entry, Pin Traders — Camera Center, or World Traveler. Then, it’s time to search for Remy throughout World Showcase! When you find Remy, be sure to place the right sticker on the corresponding part of the map.

Once you finish your map, you can get a special surprise! Bring your map back to Disney Traders, Gateway Gifts, or World Traveler to claim your reward.

Pricing for this year’s scavenger hunt has not yet been announced. It was priced at $9.99 last year. We’ll be on the lookout for updates about that.

Click here to see more details about our experience with the scavenger hunt in 2021!

Calling all foodies! Emile’s Fromage Montage (a sort-of food completion challenge at the Festival) is also returning this year. As part of this challenge, you’ll need to purchase any 5 cheese dishes from select food booths at the Festival (these will be listed in the Festival Passport). When you purchase a qualifying dish, be sure to grab a stamp! 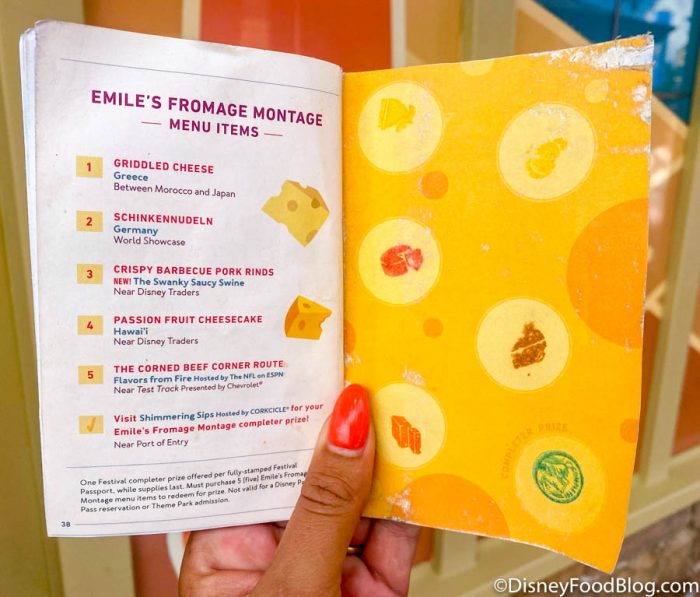 Once guests get all 5 stamps, they can traditionally get a FREE “completer prize.” Last year, this prize was a Strawberry Cheesecake Soft Serve in a collectible cup. In discussing Emile’s Fromage Montage, Disney hasn’t specifically mentioned a prize this year (though we expect there will be one available) or what it may involve. We’ll be on the lookout for more updates!

Click here to see our FULL review of Emile’s Fromage Montage from 2021!

What’s an EPCOT festival without a bit of shopping?! There will be a number of items for guests to pick from in 2022 when the Food & Wine Festival returns. So far, Disney has said that the official merchandise for this year will include apparel, home decor, trading pins, and more! 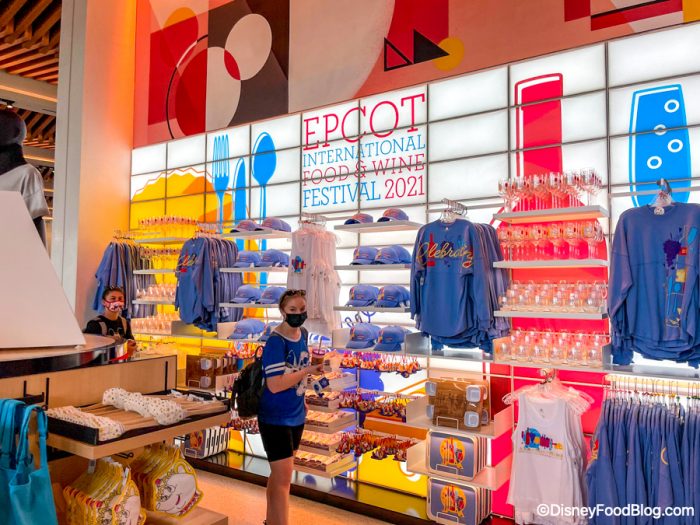 Food and Wine Festival Merchandise from 2021

Disney has shared that these items will be available at the Creations Shop and other locations throughout the park.

See all of the 2021 EPCOT Food & Wine Festival merchandise here!

What’s missing from the list of confirmed returning items? Well, Disney still hasn’t shared what special events (if any) will be available as part of the Festival (for example, will the old Party for the Senses event return?). Disney also hasn’t noted whether any Celebrity Chefs will be making appearances at the Festival, or what other entertainment might be available for fans to enjoy.

The Festival is still a few months away though, so we expect more updates soon! Be sure to check back with us for more news on the Food & Wine Festival.

Click here for updates about this year’s Food & Wine Festival!

Pre-order the DFB Guide to the 2022 EPCOT Food & Wine Festival e-Book today! This 250+-page guide to the Festival offers insider tips and advice as well as all of the details you need to know to plan your best Festival visit ever.

Pre-order your 2022 edition today! Don't miss a moment of the fun!

Are you excited for the return of the Food & Wine Festival?! Tell us in the comments!