Disney has come a long way in recent years to provide a wider variety of meal and snack options for guests of different dietary backgrounds and restrictions. For guests looking for more vegan and plant-based dining options, one place to consider checking is Sunshine Seasons at Epcot. 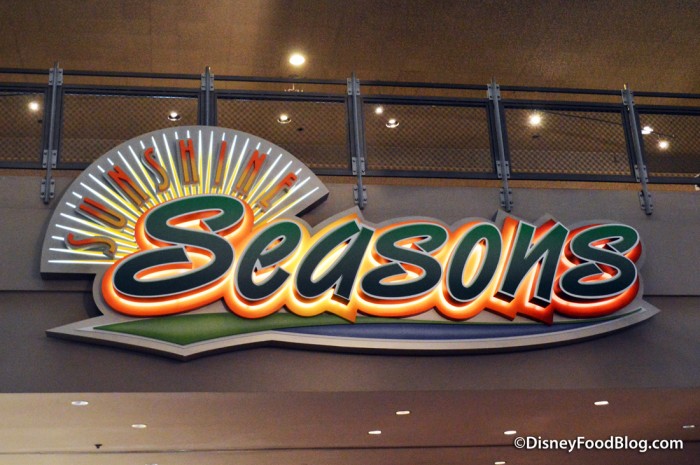 Sunshine Seasons in The Land Pavilion

We tried their latest vegan cupcake, and we were pleasantly surprised by how much we enjoyed it!

END_OF_DOCUMENT_TOKEN_TO_BE_REPLACED

And why not? With the huge assortment of classic pastries, desserts, soups, sandwiches… let me think, did I miss anything? Oh, right… quiche, salads, baguettes, macarons…. well, you’re gonna need more than a few trips to hit it all! Should you be a wee bit overwhelmed with your choices here (and who could blame you?), we’re here to help.

It’s more of the sweet stuff today, and we’re focusing on a classic as well as a dessert with a little twist.

The Mousse au Chocolat is our classic.

I don’t know if it’s my bias towards all things Les Halles, but the Chocolate Mousse here — both in appearance and flavor — strike me as a bit darker and richer than other mousse desserts I’ve tried. As expected, it’s light and creamy, and you can definitely call it “airy,” though it still has a bit of substance to it.

Topped off with a sprinkling of crunchy garnish, the mousse scratches that itch for END_OF_DOCUMENT_TOKEN_TO_BE_REPLACED

It’s become one of my life goals to eat my way through the entire bakery case at Les Halles Boulangerie Patisserie in Epcot’s France Pavilion.

And why not? This place rarely churns out a dud, even though the selection is HUGE.

Now, I do have to say, I’m quite partial to my favorites: for example, the Frangipane (puff pastry with an almond filling), which I’ve adored ever since I tried it at the Food and Wine Festival’s Parisian Breakfast last  year, and the Brix aux Pommes, which has become a more recent favorite of mine.

So sometimes it’s hard to switch gears and choose beyond those. But a goal is a goal and I aim to do my readers proud! To that end, I’d like to show you a few other staples in that bakery case that I haven’t previously showcased on the blog.

Welcome back to Les Halles! While there are plenty of savory options at Les Halles (it’s a great spot to grab soup and a sandwich), today we’re focusing on the sweet stuff. Let’s check out a few more French goodies tucked inside!

In fact, the treats we’re checking out today are displayed side by side in there, even though they are quite different from each other. We’re trying the Parfaits aux Fruits and a little something by the name of “Duo.”

First up, the oddly titled “Duo.” Initial impression? It’s gorgeous. A smooth chocolate dome reflects the light in the bakery case and catches your eye immediately. The small chocolate topper gives you a hint as to END_OF_DOCUMENT_TOKEN_TO_BE_REPLACED

There is so much going on with in Epcot right now with incredible food! With the Flower and Garden Festival off to a strong start (don’t forget to read our full review of all of the food here!), I think it’s going to be a great Spring at Disney World!

And now we get to tell you about a brand new dessert offering at Liberty Inn in the America Pavilion — Peach Cobbler! But this isn’t just a random new dessert. This cobbler has a story.

It’s a recipe inspired by Mrs. Fisher’s Cookbook, the first African-American Cookbook, published in 1881. The book is part of the Kinsey Collection, an exhibit celebrating African-American art and history, which recently opened in the America Pavilion in World Showcase. Love the idea and want to see more recipes? You can actually pick up a copy of the book yourself! But now, onto the Cobbler!

The cobbler is baked into the standard Disney counter service disposable black bowl. A word about cobblers: the term encompasses lots of different styles. Some prefer a crumb topping, while others favor a biscuit. Still others make cobblers that resemble pies with pastry shells top and bottom.

While the book speaks to a pie-like creation, this cobbler falls firmly into the crumble category. Close up, you can see the crumb topping of butter, flour, sugar, oatmeal, and spices, that bakes together to form a END_OF_DOCUMENT_TOKEN_TO_BE_REPLACED