Valentine’s Day might be next week, but we’re already looking forward to spending Easter and Mother’s Day with our families in Disney World! 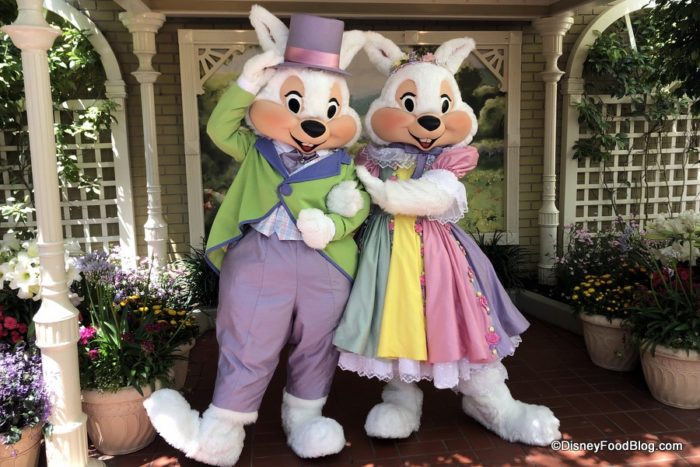 You’ll want to know where you can hop on over to a HUGE Disney Resort meal that will satisfy everyone in your family! Just don’t forget to wear your best bunny-themed apparel. 😉

END_OF_DOCUMENT_TOKEN_TO_BE_REPLACED

Celebrating Mom in Walt Disney World this weekend, but don’t have your exact plans lined up for Mother’s Day just yet? You may want to consider Disney Springs, where specialty meals and treats will be available throughout the weekend! Jock Lindsey’s Hangar Bar will serve a special wine and cheese trio pairing from May 10 – 12. END_OF_DOCUMENT_TOKEN_TO_BE_REPLACED

Sunshine Seasons will serve a Mother’s Day Dessert with raspberry mousse and lemon cake topped with a Swiss buttercream rose and fondant pearls on Mother’s Day. But if you’re at Epcot a bit earlier, find a vanilla Mother’s Day Cupcake with raspberry white chocolate mousse and pink icing at Fountain View from May 11 – 13.

In Animal Kingdom, stop by Creature Comforts and Isle of Java for a vanilla Mother’s Day Cupcake filled with white chocolate raspberry mousse and topped with buttercream flowers.