We’re having a great day so far at A Touch of Disney in Disney California Adventure, and we’re so excited to take you along! 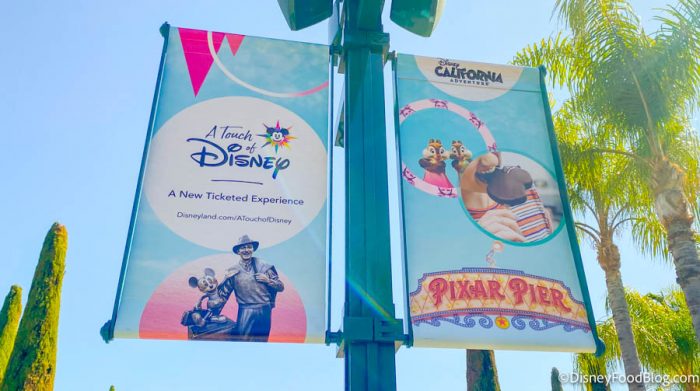 We’re having a blast today!

We’re experiencing all the fun things that this event has to offer, including some amazing food! Some of the items are Disneyland Resort classics, but some of them are brand new. As part of the new offerings, we’re checking out one of the A Touch of Disney Marketplaces — California Craft Brews! 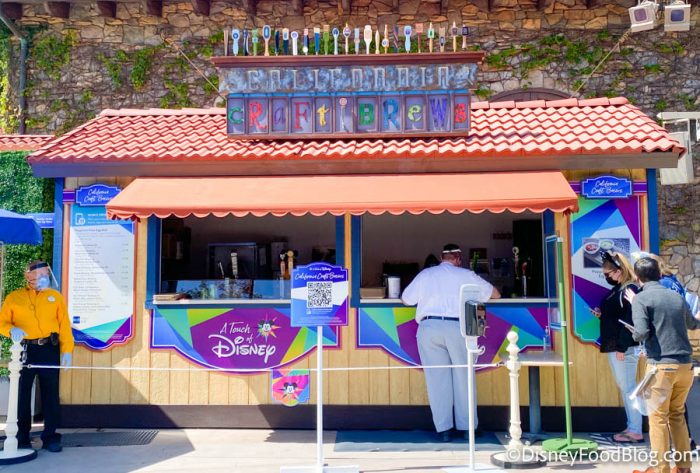 The Pepperoni Pizza Egg Rolls are $7 and each of the 9 different beers is $11.75. If you wanted to try all 10 items here, you’d be shelling out quite a lot of cash (and drinking a lot of beer!). 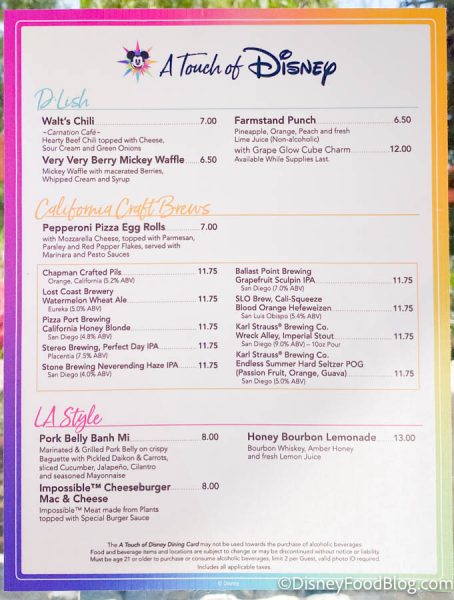 We decided to start off with the Pepperoni Pizza Egg Rolls. This Disney California Adventure festival classic is made with mozzarella cheese, topped with parmesan, parsley, and red pepper flakes served with marinara and pesto sauces. You can also get a version of these in Disney World. 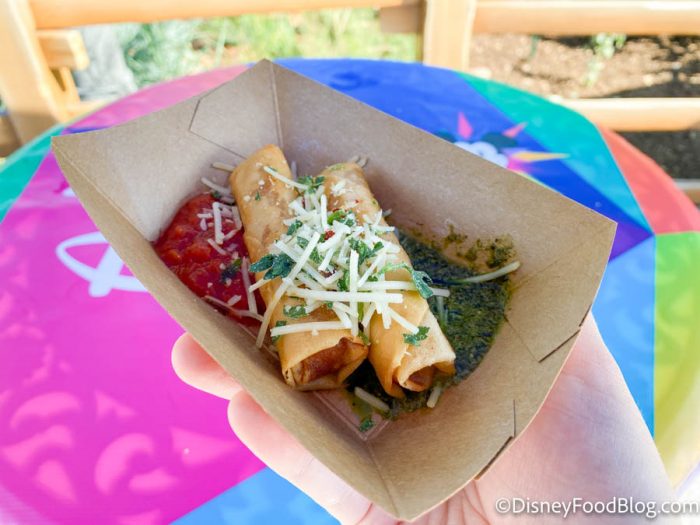 These lil’ rolls are just as delicious as we remember! When you bite in you get a nice crunch from the outside and then warm pizza on the inside. 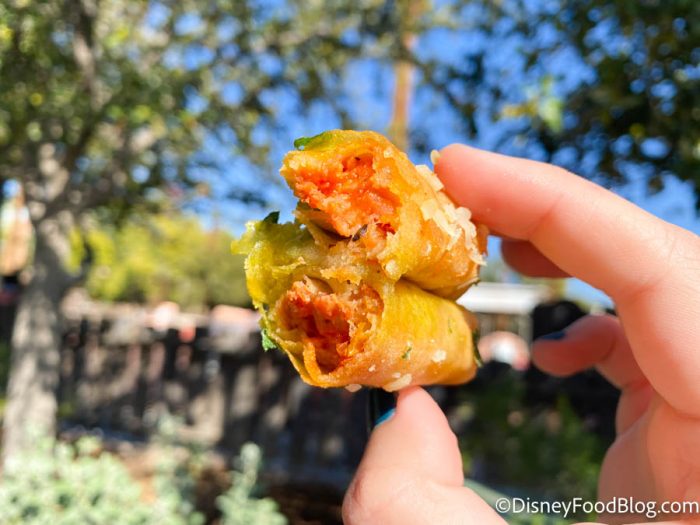 Inside the pizza rolls!

They taste almost exactly like a slice of pizza with some added texture. The only thing we wish is that these came a little bigger!

Let’s start off with the Neverending Haze IPA. We’ve got a hot take on this IPA — it was very light and missing that strong bitter taste that you normally get from an IPA. But, that made this mildly citrus beer easy to drink on the warm spring day! If you’re a hard-core IPA fan then this might be a drink to skip, but you can easily down more than one of these without feeling full from the beer (saving room for more food, yum)! 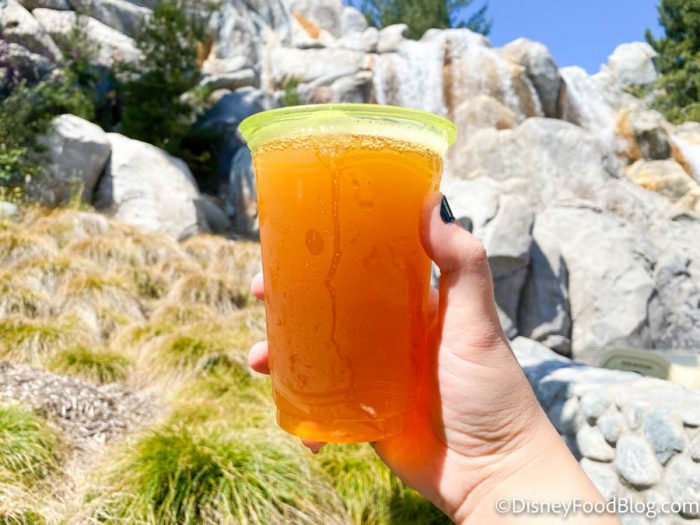 The Endless Summer Hard Seltzer — POG was definitely a change of pace from the IPA. If you’re not familiar with the popular Disney juice already, POG stands for Passion Fruit, Orange, and Guava and that’s exactly what this beer seltzer tastes (and smells) like! We’re happy to report that the POG to alcohol ratio was on point and there was no overpowering the beloved juice flavor. So, if you’re a big fan of the fruity Disney juice, this would be one to try! 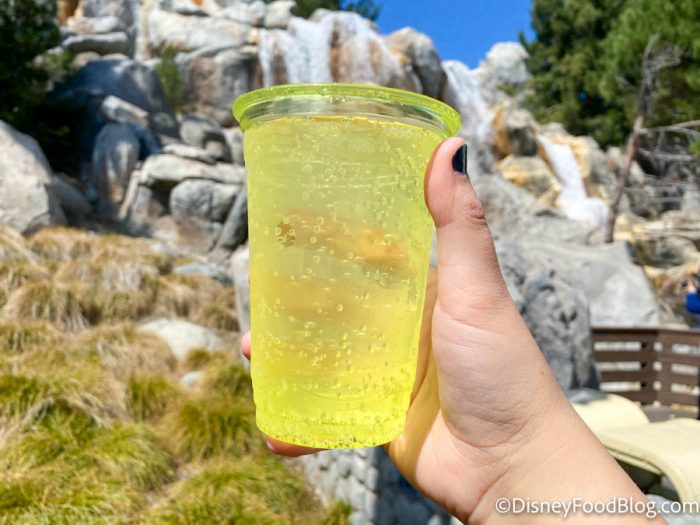 So, if you’re in the mood for some beer and fried pizza, then this booth is gonna be your jam! Stay tuned to DFB as we head around and check out the other highlights of this event and bring you all of the reviews!

Want to Get More Details on Menus and Prices for Food at A Touch of Disney? Click Here for More Info!

Would you enjoy a booth like this? Tell us in the comments!

« PHOTOS: Check Out the EXCLUSIVE Items Legacy Passholders Can Snag in Disneyland!
What Does a SOLD OUT A Touch of Disney Crowd Look Like at Disneyland? »