In case you missed it, we’ve been to Disneyland to enjoy both the official start of the Festival of  Holidays and the first Merriest Nites After Hours party! 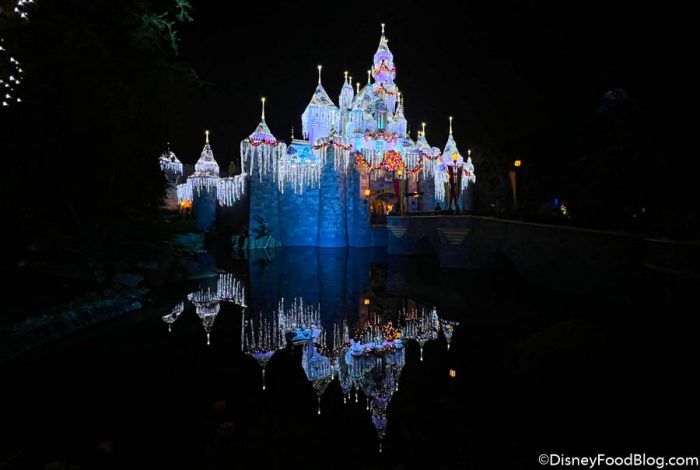 And we had SO MUCH fun at the after hours party checking out everything, including — OF COURSE — the food! Because you know us — we were really just there for the food. And can you blame us?

We popped over to Rancho del Zocalo Restaurante to check out some new holiday offerings there, along with the restaurant’s Merriest Nites exclusive foods. So let’s start with one of the holiday offerings. We could NOT resist the Dessert Nachos for $7.99, which are made with cinnamon crisps topped with berry compote, whipped cream, and honey creme Anglaise. Um, can you say YUM?!?! 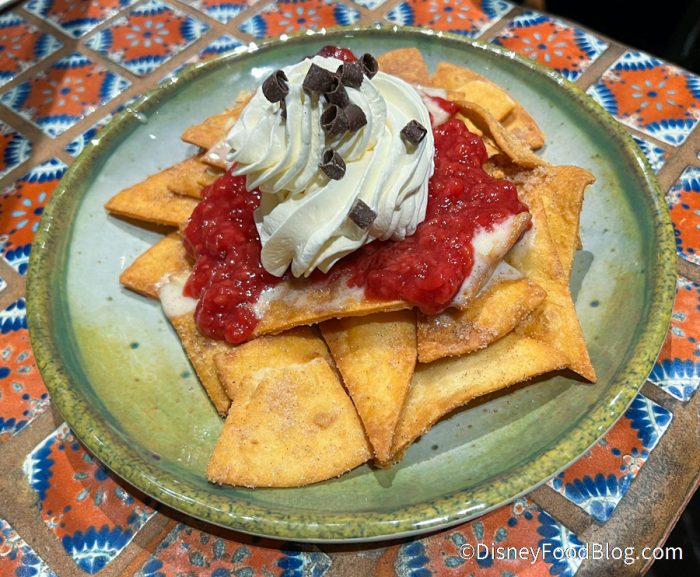 These nachos are AWESOME. They’re the regular cinnamon sugar chips you can get at Rancho Del Zocale, but once you add that berry sauce and that whipped cream, we just wanted MORE! 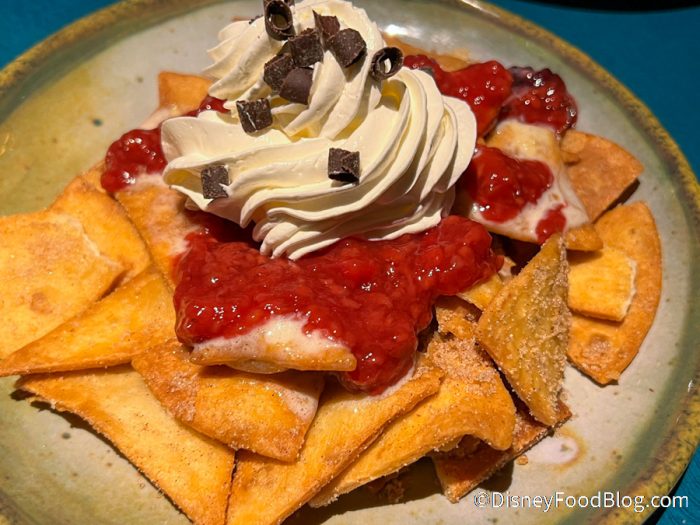 That whipped “cream,” though

Next up was the Pork Pozole for $11.99, which is a traditional Mexican stew of hominy, shredded pork, and guajillo peppers, garnished with lime, cabbage, onion, and radish. And, y’all, this one was a hit with us, too. 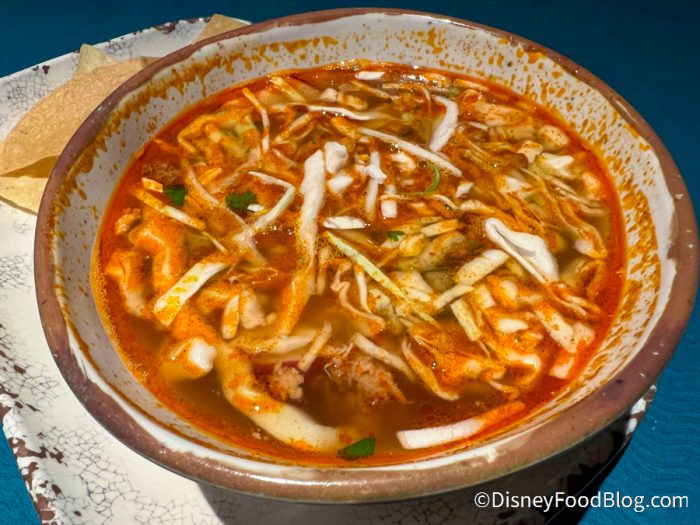 The pozole is such a great combination of spicy and savory. We will admit we were skeptical about this at first, but this is seriously good soup. 🍜  Also, it had LOTS of chunky pulled pork! 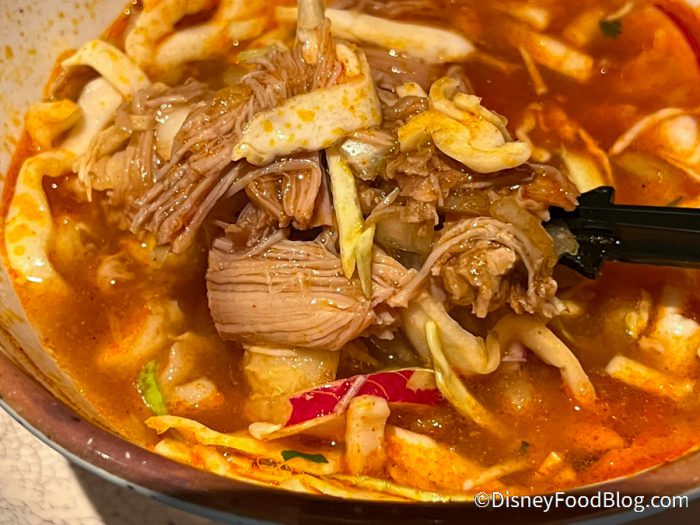 Of course, we also had to try the restaurant’s Merriest Nites offerings, including the Coco-inspired Remember Me for $9.99. It’s cinnamon-dusted guitar-shaped fry bread, topped with dulce de leche gelato, whipped cream, and caramel sauce. In addition to being tasty, we also like the presentation here. 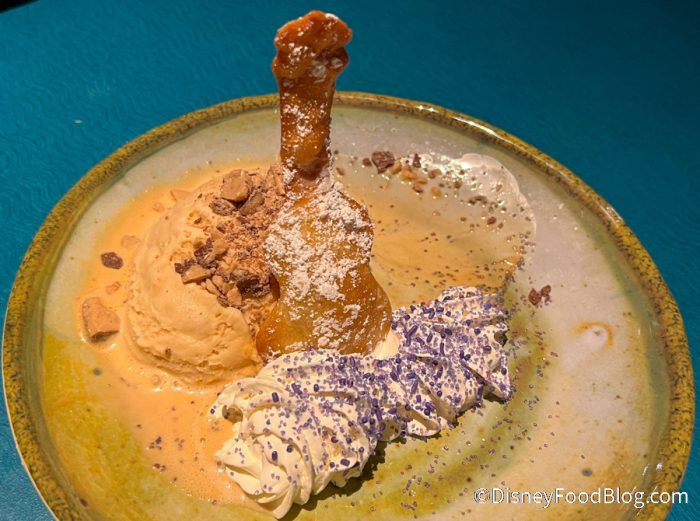 The fry bread itself is almost like a cookie — it doesn’t taste like fried bread at all. The gelato was super creamy and sweet, as gelato should be. And again, we love that fake whipped cream! 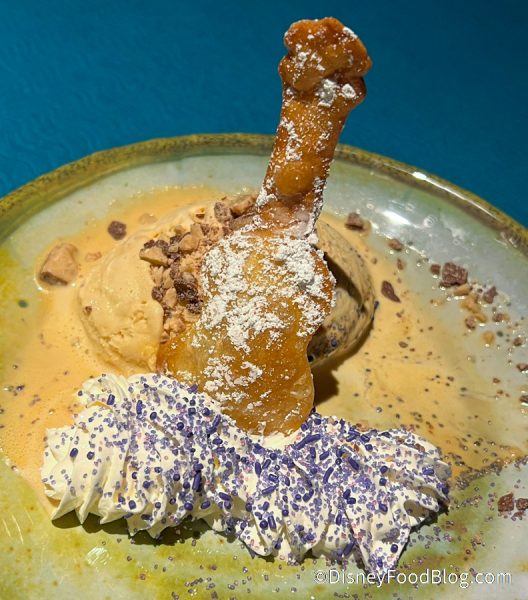 Finally, you can’t have Christmas without Horchata for $5.49, which is a traditional sweet and creamy cinnamon, rice, and milk beverage served over ice. And this one is garnished with orange and purple sprinkles. 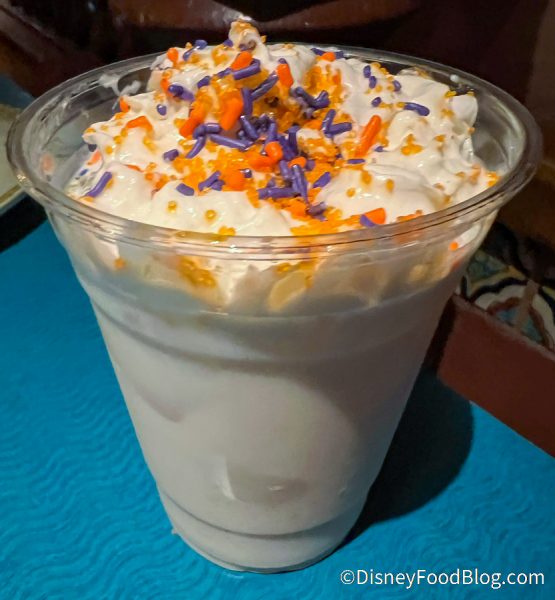 Horchata is always a good bet

We tend to be fans of a good horchata and this one did not disappoint. 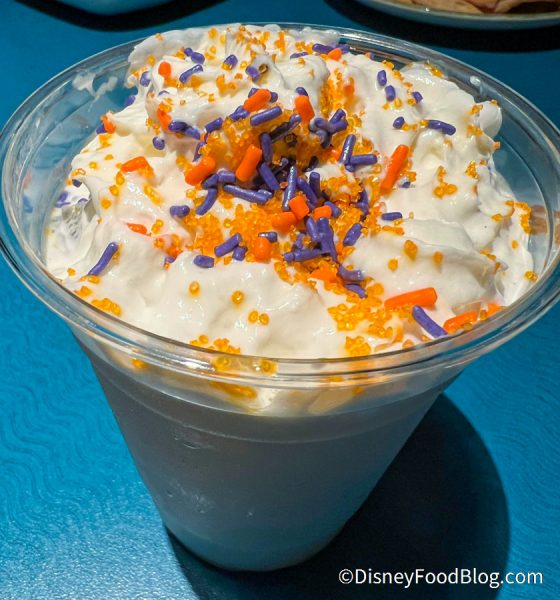 So if you’re looking for some Mexican-inspired holiday treats, head on over to Rancho del Zocalo for all this yumminess. And we’ll keep you updated on ALL of Disneyland’s holiday snacks, so stay tuned.

Here’s How One Small Change Made Disneyland’s Beignets *Perfect*

What’s your favorite holiday beverage? Let us know in the comments!

« What You Should Pack If You’re Visiting Disney World Next Week!
BRB. Just Going to Dip Some Waffles In Thick Hot Chocolate in Disneyland 😍 »