Are you ready for some HUGE Disney news? 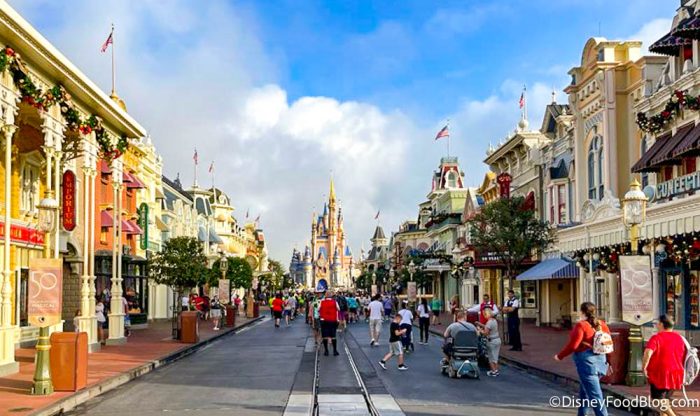 This past week has been a busy one with updates on new rides, important comments from Disney’s CEO Bob Iger, reveals about Disney’s financial standing, and more. So, sit back, grab your coffee/tea/drink of choice, and let’s dive into the BIG Disney news from this week!

Bob Iger Comments on Park Passes and Much More

This past week, we got to hear directly from Disney CEO Bob Iger during a town hall held for employees. During that meeting, he shared that he plans to continue with the hiring freeze Bob Chapek had previously announced.

Iger also commented on the Park Pass reservation system, indicating that he had not used it and would be talking to Josh D’Amaro (head of the Disney Parks, Experiences, and Products division) about it.

If you had heard rumors that Iger might sell Disney to Apple, he commented on those too, saying that a Disney merger with Apple is just “speculation.”

What about Disney’s previous plans to relocate a bunch of its employees to Central Florida? Iger discussed that too, saying that he knows the relocation has been delayed but has not made any decisions on it yet.

Iger even made some comments about the Reedy Creek Improvement District dissolution and the “Don’t Say Gay” controversy in Florida. He shared that he has no idea what the ramifications are in terms of the business itself, but that Florida has been important to Disney and Disney has been important to Florida.

Florida Governor Ron DeSantis has since responded to Iger’s comments, saying “They brought this on themselves. All we did was stand up for what’s right.”

Speaking of Disney CEOs, this week we also heard from former CEO Michael Eisner who said that Disney has “suffered in recent years.” Click here to see everything he had to say.

Disney has also announced that there will be “organizational and operating changes” as a result of Bob Iger’s return. What exactly will change now that Iger is back? Much remains to be seen, but we will be sure to keep you up to date on all of the latest developments.

Splash Mountain at both Disney World and Disneyland is set to CLOSE and be transformed into Tiana’s Bayou Adventure — a ride themed to The Princess and the Frog. We’ve already seen some concept art and a model for the ride, but this week we got HUGE news. 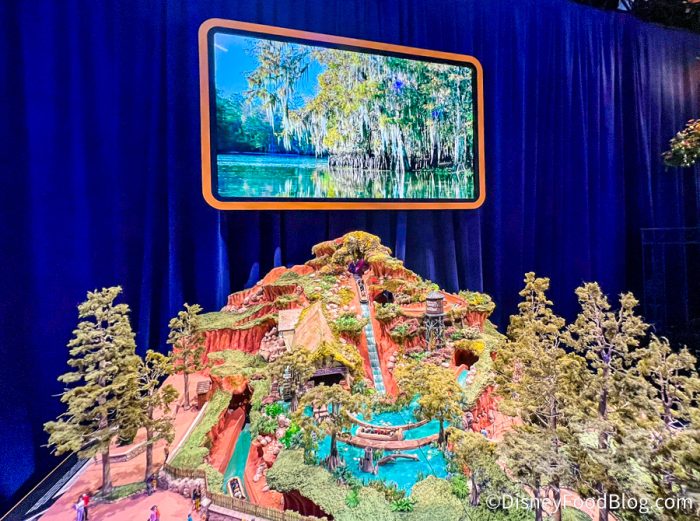 But we got more than just a closing date. New details about the ride have also been released. Disney has shared a bit more about the storyline for the ride and how Tiana has opened a restaurant and was inspired by her mom’s entrepreneurial spirit. Disney has also shared that Tiana has started a company called Tiana’s Foods, how she purchased a salt dome, and how there will be zydeco music in the ride (a special blend of rhythm and blues born in Louisiana). 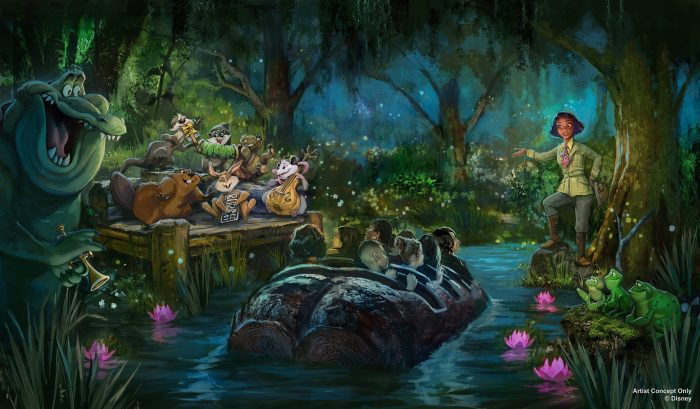 We’ll be keeping an eye out for more details and we’ll certainly let you know what we find!

EPCOT Festival of the Arts News

Yes, we might still be celebrating the Festival of the Holidays in EPCOT, but EPCOT is gearing up for its next Festival at the same time! In 2023, the Festival of the Arts will return from January 13th through February 20th. We’re still waiting on menu and booth information, but this week we did get the FULL lineup for the Disney on Broadway Concert Series. 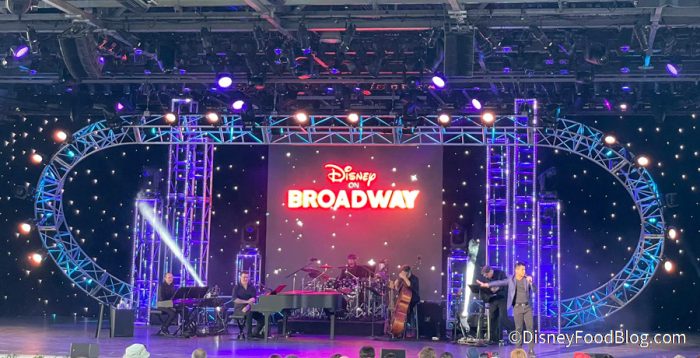 If you want to make sure you get the BEST seat, you can book a dining package for the concert. Pricing information, the list of participating restaurants, and other details have been released for these packages. Reservations become available on December 13th.

It’s been a while since we’ve heard anything about Hey, Disney! — the Amazon Alexa voice assistant/device that was set to be installed in Disney World and Disneyland hotel rooms by 2022. But we’ve FINALLY got some news.

One of our fantastic DFB readers sent us a picture of a notice they received while staying at Disney’s Polynesian Village Resort. The notice notes that Disney will be testing Hey, Disney! in select rooms at the hotel and Cast Members may enter to install it. 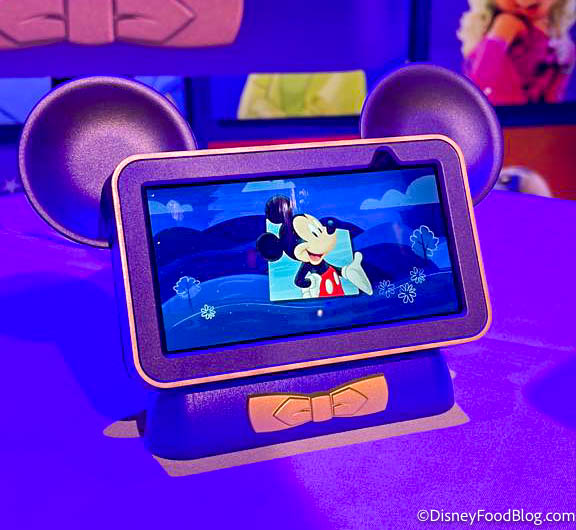 With this device, you’ll be able to ask the device to have Cast Members bring you extra towels, blankets, and pillows. You’ll also be able to ask questions about when the parks open, get details on when the next bus for a particular park will arrive, get Disney-themed jokes, hear the day’s weather forecast, and more.

We’ll be keeping an eye out for more updates as to when Hey, Disney! becomes available in other Disney World hotel rooms.

Click here for EVERYTHING you need to know about Hey, Disney!

A BUNCH of limited-time snacks have arrived for the holidays and we’ve been sharing our reviews with you! We’ve tried all kinds of delicious cookies at Gideon’s Bakehouse, had breakfast with Santa in Disney Springs, tasted a snowman s’mores treat near Magic Kingdom, and grabbed a giant milkshake, a beautiful Christmas cake, a ridiculously adorable holiday snack only those in the know will find, ice cream that could fool you, a shake from a chicken restaurant, and even gingerbread ice cream! 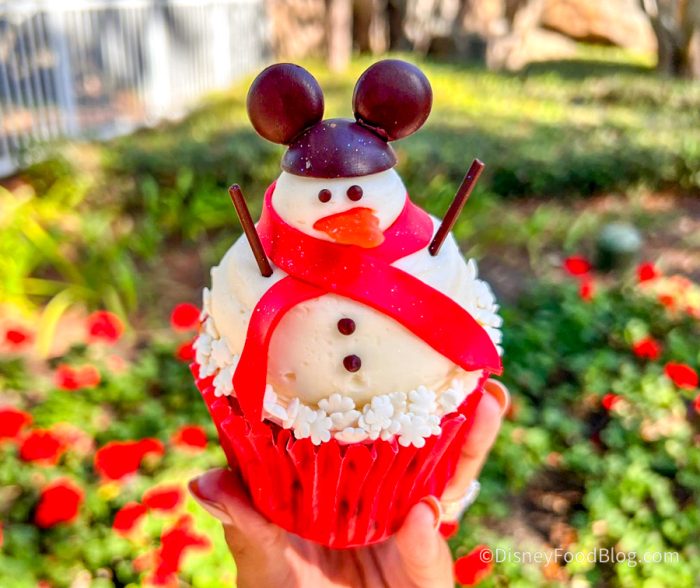 In other food news, there are NEW waffle bowls in Disney’s Hollywood Studios that are the ULTIMATE fast meals. Also in Hollywood Studios, a new gelato stand has popped up in Muppets Courtyard (and the flavors are pretty great).

We also tried a Guardians of the Galaxy drink in EPCOT but it left us disappointed. And at Port Orleans Resort we grabbed some NEW Mickey beignets and more treats you won’t want to miss. 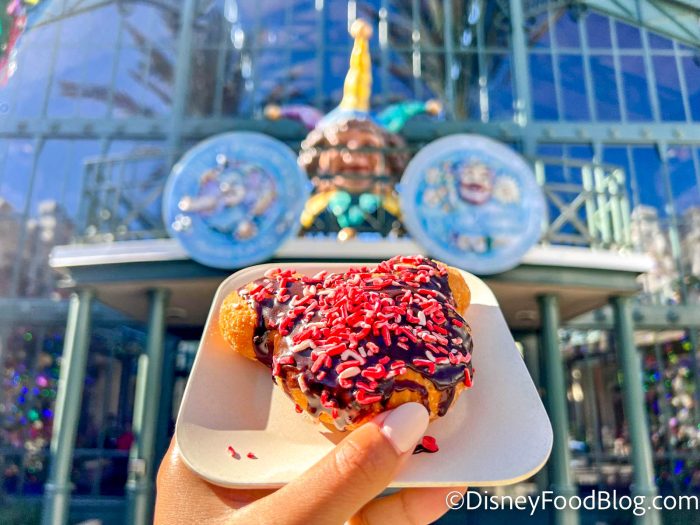 Remember that many of these snacks will only be around for a limited time, so get them while you can!

In big hotel news, this week we got a FIRST LOOK at the new Little Mermaid-themed rooms coming to Disney’s Caribbean Beach Resort. 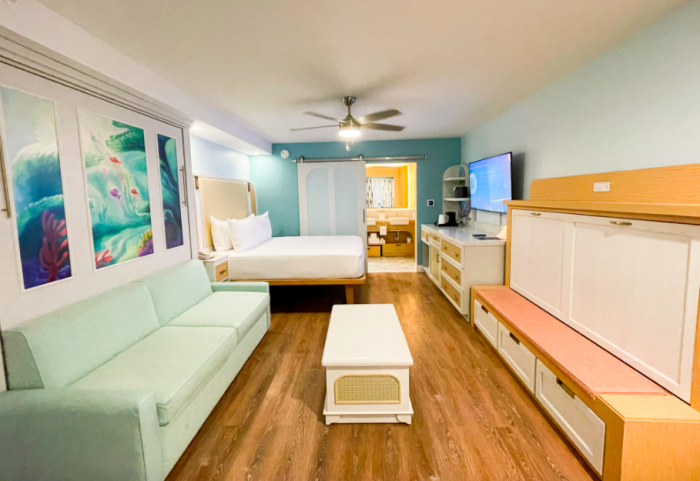 These will essentially replace the pirate rooms at the hotel and they’re full of new details including brighter decor, pastel colors, a 5th sleeper bed, and new artwork. They’re expected to become available in 2023.

Get a peek at the updated rooms here!

Bonus: EPCOT’s Festival of the Holidays 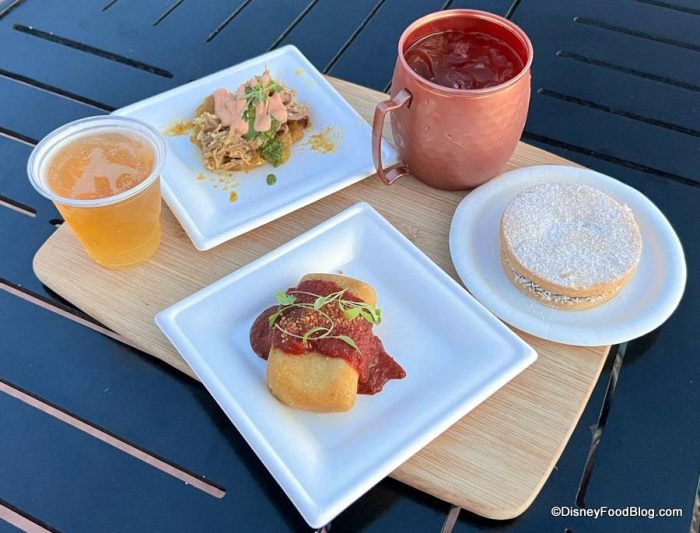 In terms of other news, don’t miss out on the following stories:

And that’s it for this week’s news roundup! 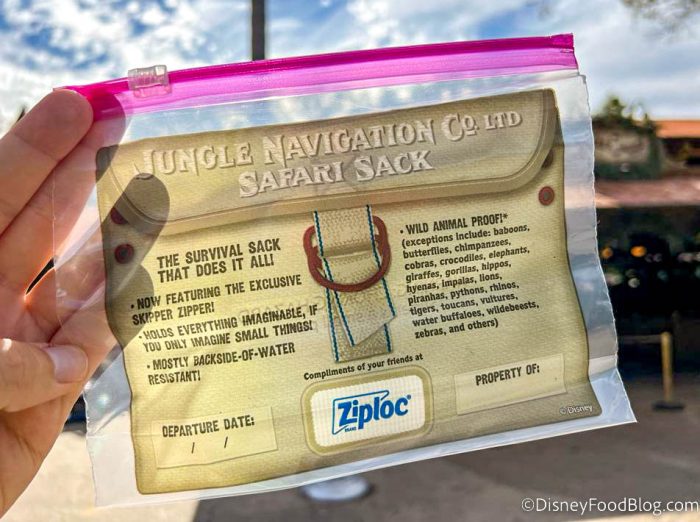 Hold up for a sec! Before you plan your next trip to Disney World, check out our DFB Guide Everything Bundle here. You will get ALL of our best-selling eBooks with details on Disney World Dining, EPCOT Festivals, the BEST snacks in each park, and soooooo many tips and tricks we’ve learned over decades of visiting our happy place. 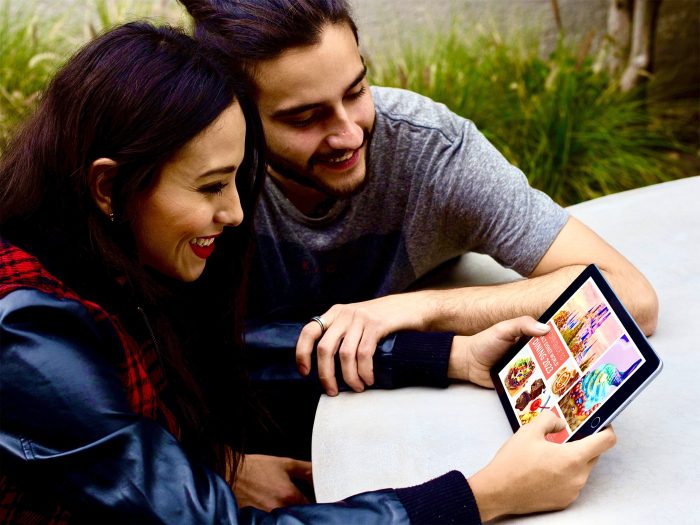 What news from this week are you most excited about? Tell us in the comments!