Oh, plastic cheese, how we love you. 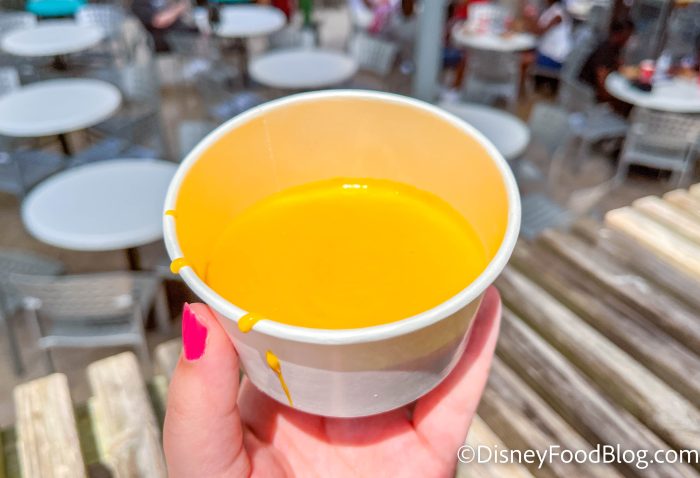 You are the love of our life.

Look, we’re not kidding around when it comes to our cheese, and warm, gooey plastic cheese is definitely a DFB favorite. We’ll dip anything in plastic cheese (hello, Corn Dog Nuggets at Casey’s Corner). So you can imagine our sheer delight when we spotted our beloved cheese sauce option at Backlot Express in Hollywood Studios. That’s right YOU CAN GET PLASTIC CHEESE WITH YOUR FRENCH FRIES.

END_OF_DOCUMENT_TOKEN_TO_BE_REPLACED

Ahh, cheese: basically one of our favorite food groups here at DFB. If you’re as obsessed as we are (and we are pretty passionate), you’ll want to know EXACTLY where you can find the best cheese in Disney, from killer mac to cream cheese frosting excellence and more! And, we’ve got the greatest list for you, friends… .

END_OF_DOCUMENT_TOKEN_TO_BE_REPLACED