Who’s ready to RUN? There are some exciting runDisney events coming soon, like the Walt Disney World Marathon Weekend (happening now) and the Disney Princess Half Marathon Weekend! But all that athletic activity can really work up your appetite, so you might need a snack after the race! 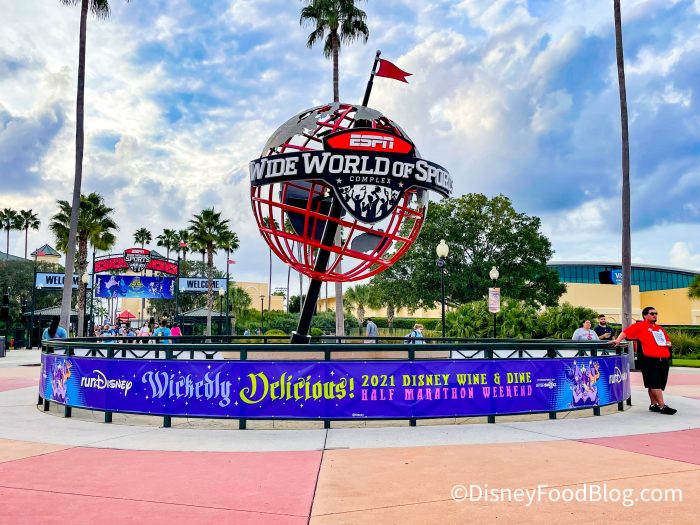 Whether you’re planning on running or cheering for a family member, Disney’s got you covered with some NEW snacks arriving just in time for the upcoming marathon. Some of them look DELICIOUS, but there’s one snack that’s leaving us with a few questions… .

END_OF_DOCUMENT_TOKEN_TO_BE_REPLACED

The BIG GAME is almost here. We’re of course talking about Super Bowl Sunday!! There’s only one little problem, though: you’re in Walt Disney World. Now, normally, that would be all kinds of awesome. But when it’s Super Bowl Sunday, we’re betting that there will be lots of you looking to find a TV in time to catch the game.

But where? Lucky for you, we’re huge football fans too! So we’ve done our research to figure out where the best places to catch the Super Bowl — or any big game, really — are throughout Walt Disney World. And today, we’re here to share them with YOU, just in time for kickoff! END_OF_DOCUMENT_TOKEN_TO_BE_REPLACED

Happy Sunday! We’re wishing all the moms out there a very happy Mother’s Day! We hope you’re having a fantastic – and relaxing – weekend because you deserve it! We’re super excited about the unveiling (not open yet, but SOON!) of Ample Hills Creamery at Disney World’s BoardWalk. We snuck a little peek inside and couldn’t wait to show you this new addition to the most Magical Place on Earth.

And have you seen the new sweepstakes from Joffrey’s Coffee & Tea? You can win a trip to the Walt Disney World Resort as part of the 2nd Annual Magic in Your Mug Sweepstakes!

END_OF_DOCUMENT_TOKEN_TO_BE_REPLACED

To clarify before we begin, the ESPN Wide World of Sports Grill is not to be confused with the ESPN Club located on Disney’s BoardWalk. The ESPN Grill is a Counter Service eatery found in Disney World’s ESPN Wide World of Sports Complex — a place you may be familiar with if you’ve participated in a runDisney event, attended a Major League Baseball Spring Training game here, or visited as a participant or spectator in a sporting event hosted at the facility.

My visits to the Complex stem from being a participant in runDisney races (the Fitness Expos including runner Packet Pickup are typically housed here). Understanding how jam-packed any runDisney race weekend can be — from transportation to and from both the Expo and the races, the events themselves, as well as packing in all the park touring you want to do — it can be convenient to have access to some Counter Service eats at one of your required stops during the trip.

When I went to pick up my race packet for the Inaugural Star Wars 10K, I figured it would be a good time to grab a bite and give Complex visitors an idea of what’s available. After all, if you’re here, you’ve clearly got sports on the brain, so you’d better fuel up :)! The very first thing you see upon entering are the menu boards and ordering counters, located outside of the main dining area. So you’ll place your order here… END_OF_DOCUMENT_TOKEN_TO_BE_REPLACED