Who’d of thought that something as simple as PIZZA could be so divisive?! Disney World pizza is SUPER hit or miss. That puffy pizza served at places like PizzeRizzo is, well, not good in our opinion. But, the homemade pizza from Via Napoli is LEGENDARY — we’ve been raving about it for YEARS! 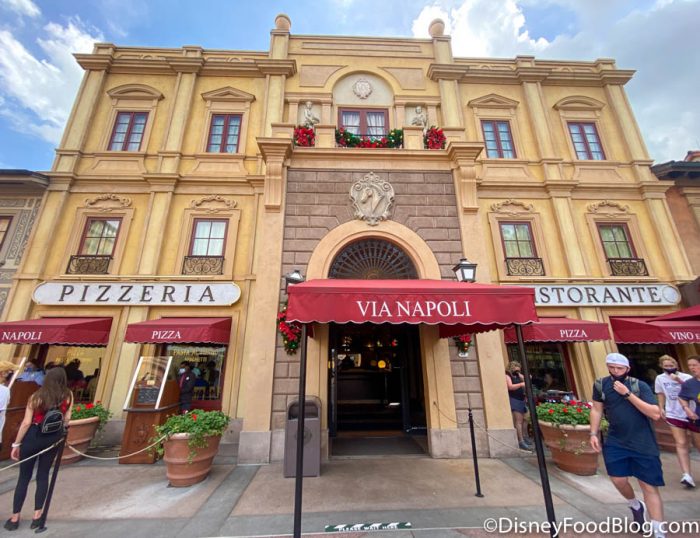 Via Napoli in the Italy Pavilion

Speaking of pizza, we made an exciting discovery inside the Italy pavilion in the EPCOT World Showcase; let’s take a look!

END_OF_DOCUMENT_TOKEN_TO_BE_REPLACED

There’s a reason that EPCOT is often known as a foodie park…because there are SO MANY delicious food options! 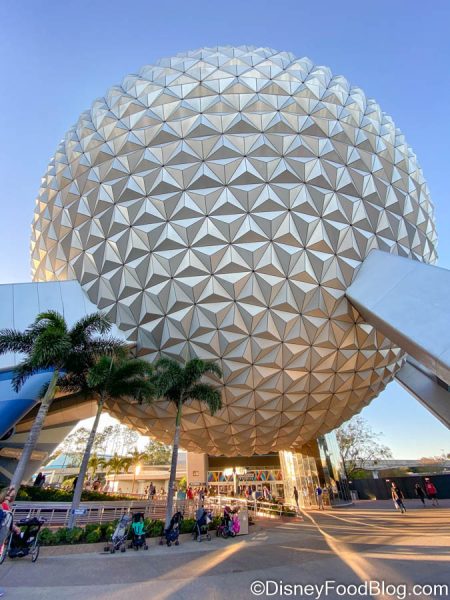 Whether you’re heading to the American Adventure to get some barbecue, over to France for some yummy pastries, or stopping by Japan for some fun snacks in the Mitsukoshi store, there are snacks for every taste in the World Showcase. Now, another snack option has returned to EPCOT for a limited time, and it’s a big one for pizza fans!

END_OF_DOCUMENT_TOKEN_TO_BE_REPLACED

Ciao friends! And welcome back to the 2019 Epcot International Food and Wine Festival! As you may know, this is one of our favorite times of year at Epcot! There is just so much to do and eat — from tasting your way around the Festival Kiosks to attending special events.  So far this year we’ve enjoyed several — such as the Mix It! Make It! Celebrate It! Workshop and the Parisian Breakfast. And now we’re headed to one of our favorite pavilions for the Italian Food, Wine vs. Beer Pairing Event!

END_OF_DOCUMENT_TOKEN_TO_BE_REPLACED

Is there anything better than sipping on a nice, cool cocktail while strolling around World Showcase on a hot day in Epcot? As it turns out, there just might be… because new at the Via Napoli beverage and snack cart in Epcot’s Italy pavilion are COCKTAIL POPSICLES!

END_OF_DOCUMENT_TOKEN_TO_BE_REPLACED

We had a case of wanderlust this week, and instead of getting out the passport and packing, we just hopped over to spend the day in Epcot. Our journey started with some time spent in Future World, followed by a trip around the World Showcase. And boy, did we find a lot new eats and buys for you on this “trip”! END_OF_DOCUMENT_TOKEN_TO_BE_REPLACED

Disney social media director, Thomas Smith, treated twitter followers to a special treat when he twitpic’d a photo of the Via Napoli ovens during a test meal last night!

As you know, Via Napoli’s wood-burning ovens in the photo are named after the three active volcanoes in Italy –- Mount Etna, Mount Vesuvius and Stromboli!

To see all of the Disney Food Blog coverage of Via Napoli, click here!