Here at DFB, we make it a point to know all about ALL the food in Disney World. We know the best restaurants to visit, which fast food stands have the tastiest snacks, and all the eats you absolutely can’t miss when you visit the parks. Right now, we have to WARN you about something very important when it comes to Disney food. 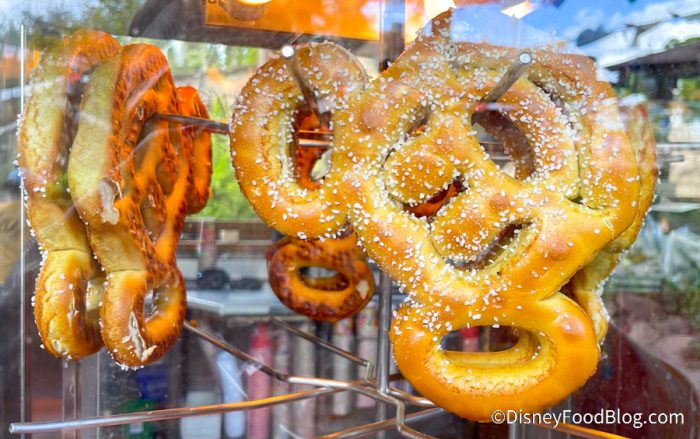 Are you ready? We need you to know that the most expensive Disney World snacks are NOT always the BEST Disney World snacks. Sounds simple enough, right? But we know a lot of people are spending TOO MUCH on their food in Disney World when they really could be getting better eats for less! Here’s a list of 8 overpriced snacks to AVOID and 8 great deals to find instead!

END_OF_DOCUMENT_TOKEN_TO_BE_REPLACED

There are all kinds of souvenirs at Disney World, from things you’ll use every day at home to items you’ll forget about for years until you finally clean out your closets (not speaking from personal experience or anything😉). 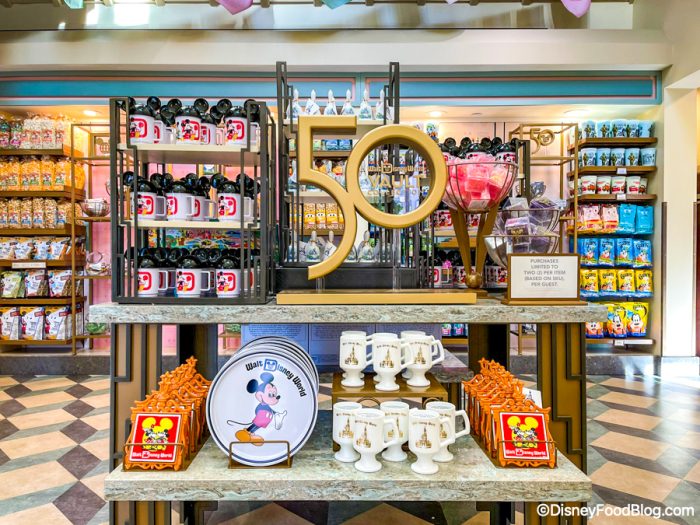 T-shirts, stuffed animals, purses, balloons, bubble wands…the list goes on and on. And now, a popular souvenir is BACK in Disney World!

END_OF_DOCUMENT_TOKEN_TO_BE_REPLACED And if you don’t indulge in alcoholic beverages, no worries — there are some great non-alcoholic options as well! We’ll look forward to telling you all about Skipper Sipper and Schweitzer Falls, and END_OF_DOCUMENT_TOKEN_TO_BE_REPLACED

Ready for another trip around the World? We’re heading to three parks and a few resorts to check out holiday treats, gingerbread feats, and new menu eats! And which Counter Service location is now serving up steak? Just read on to find out and see What’s New!

Red and green aren’t the only colors taking over Disney World now that the holiday season has launched around here… hues of blue decorate the festive snacks at this year’s brand new “Frozen” Gingerbread Display at the Contemporary Resort! Read our review and see all the other treats available at the new display here!

Get ready for all your favorite Disney World bakery items (we’re talking Krispy Treats, Candy Apples, and Mickey Macarons) to be dressed up for the holiday season in spots like the Main Street Confectionery, Seashore Sweets, and Big Top Treats. We’re staring down the last of the dog days of summer as Disney World gears up for Fall… Join us on a tour around all four east coast Parks as we check out What’s New!

With September upon us everyone is anticipating autumn and special seasonal events like Mickey’s Not-So-Scary Halloween Party (currently underway) and the 2014 Epcot International Food & Wine Festival (more on that a little later in the post :). So it’s not surprising to see Magic Kingdom all decked out for the occasion! What you get in your tumbler depends on END_OF_DOCUMENT_TOKEN_TO_BE_REPLACED

Our latest update is (almost) all about sweet treats that have found their way into the World! Read on to find out what new goodies we’ve spied recently… The chefs are already at it again, introducing another new flavor: Orange Honey Walnut has hit the scene.

A great new seasonal cupcake appeared at BoardWalk Bakery: Dulce de Leche! This one differs from the Dulce de Leche cupcake that was featured in years past at Contempo Café: BoardWalk Bakery’s version features a whipped cream topping sprinkled with crushed pralines (though it’s similar in that there is caramel inside). And take a look at this bright red beauty over at Roaring Fork in Wilderness Lodge: the Strawberry Lemonade cupcake (priced at $4.19, and good for a snack credit on the Disney Dining Plan). Perfect for February and all things Valentine! Speaking of Valentine’s cupcakes, a few have END_OF_DOCUMENT_TOKEN_TO_BE_REPLACED

You may have seen the signs for Goofy’s Glaciers increasing in locations around Disney World lately!

Once found in Club Cool in Epcot, they soon moved into Goofy’s Candy Company in Downtown Disney and are now also found as a centerpiece of Big Top Treats in the Magic Kingdom’s New Fantasyland! These frozen drinks are less icee, and more…well…slushie. They remind me of a more structured slush puppie-type treat — more liquidy than icy, and rockin’ on a hot Walt Disney World kinda day.

The epicenter of Goofy’s Glaciers is Goofy’s Candy Company in Downtown Disney. Trust me; you’ll know where to find them once you get there! Here you’ll find lots of different flavors to quench your thirst. (Be advised, these tend to change, so have a back up plan in case your favorite isn’t available on the day you visit.) But wait! There’s more! You are actually encouraged to combine the flavors to make your own special concoction. (Kamikaze Goofy’s Glaciers!)

Now, when Big Top Treats debuted late last year, I was excited to see a couple of Goofy’s Glaciers flavors under the big tent as well!

The flavors featured at END_OF_DOCUMENT_TOKEN_TO_BE_REPLACED