We love Mary Poppins — after all, she is practically perfect in every way! 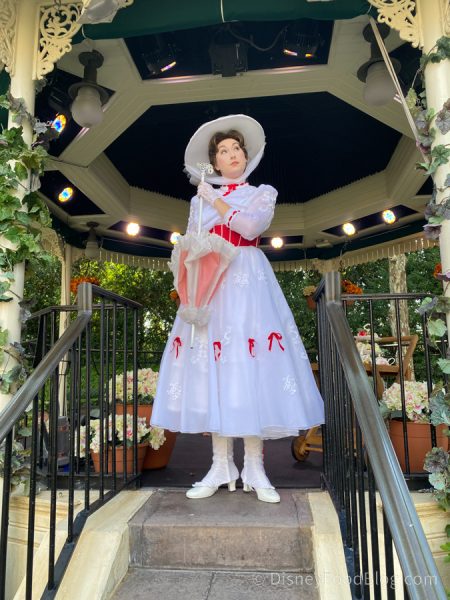 Since the parks reopened, we’ve spotted Mary Poppins greeting guests from a distance in the Magic Kingdom cavalcades and at the gazebo in the back of EPCOT’s United Kingdom Pavilion. But today, Mary made her way to a new distanced meet-and-greet location!

END_OF_DOCUMENT_TOKEN_TO_BE_REPLACED

Disney has gone to great lengths to enhance the guest experience by creating personalized character interactions, and in Black Spire Outpost, cast members are called “citizens of Batuu” to really drive home that experience. END_OF_DOCUMENT_TOKEN_TO_BE_REPLACED