The past year has been abnormal in a lot of ways.

It was this week last year that much of the country began to shut down with Disney World and Disneyland announcing closures and Broadway shows going dark. Now, Disney has released a comment on the situation with Broadway.

END_OF_DOCUMENT_TOKEN_TO_BE_REPLACED

Disneyland Paris, like most other Disney parks, has had to deal with a number of changes to plans due to the global health crisis.

Earlier this year, the Parisian resort closed alongside the other international Disney parks and remained closed for several months before a reopening in July. Since then, COVID-19 cases have increased in France prompting a lockdown, and Disneyland Paris has closed temporarily again. Now, it seems that closure will extend through the holiday season.

END_OF_DOCUMENT_TOKEN_TO_BE_REPLACED

Due to the global pandemic, Disneyland Paris (like all of the other Disney theme parks around the world) shut down earlier this year, but then reopened in July. Eventually, however, COVID-19 numbers in France began increasing again, and the country went into lockdown, forcing Disneyland Paris to close temporarily once again at the end of October.

Disneyland Paris was set to reopen on from December 19th through January 3rd, but it seems recent regulations set by the French government have caused plans at this theme park to change.

END_OF_DOCUMENT_TOKEN_TO_BE_REPLACED

With the exception of DVC members, Disney World has stopped accepting new reservations for its hotels while it gets ready to unveil a brand new reservation system.

But over the weekend, we discovered there was still a way to book a room at Disney World! That no longer seems to be the case.

END_OF_DOCUMENT_TOKEN_TO_BE_REPLACED 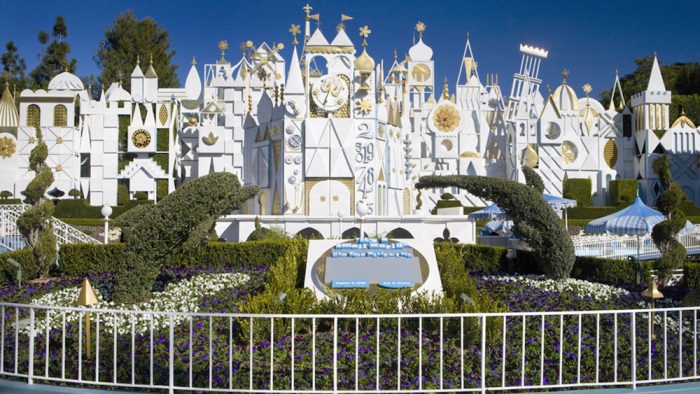 No matter where you are on the planet right now, for good and for bad, we’re all in the same boat. And just like all of us, The Walt Disney Company is navigating through uncharted territory right now. And there have been some admirable acts we’ve seen from the company as well as a few with room for improvement.

END_OF_DOCUMENT_TOKEN_TO_BE_REPLACED

As many of you already know, it isn’t just Disney’s theme parks, hotels, cruise ships and film industries that are taking a big hit with this current situation. Dinsey also has a large presence on Broadway with three musicals including The Lion King, Aladdin, and Frozen, as well as a large number of touring stage show productions.

And while all Broadway performances gave their final curtain call on March 12th, the temporary closure was only set to remain in effect until April 12th. Now, the reopening of Broadway has just been pushed back.

END_OF_DOCUMENT_TOKEN_TO_BE_REPLACED

UPDATE: As of April 8th, the Tokyo Disney closure has been extended through mid-May at the earliest. Learn more here.

We’ve been staying current with this situation for many months now and not just with how it pertains to Disney World and Disneyland but the rest of the Disney theme parks across the world as well.

Since it’s hard enough keeping up with the news that’s happening and changing every day here in the U.S., we wanted to give you a status update on Tokyo Disneyland Resort.

END_OF_DOCUMENT_TOKEN_TO_BE_REPLACED

With the tough decision to close Disney World and Disneyland until further notice and postpone all Disney Cruise Line sailings until after April 28th, The Walt Disney Company’s ability to generate revenue is taking a big hit right now.

And while Disney has promised its Cast Members paychecks until April 18th, the Walt Disney Company’s CEO Bob Chapek and former CEO Bob Iger have announced they’ll be taking a large reduction in salary.