It’s Pride Month and there are a whole bunch of ways for you to celebrate in the Disney parks! 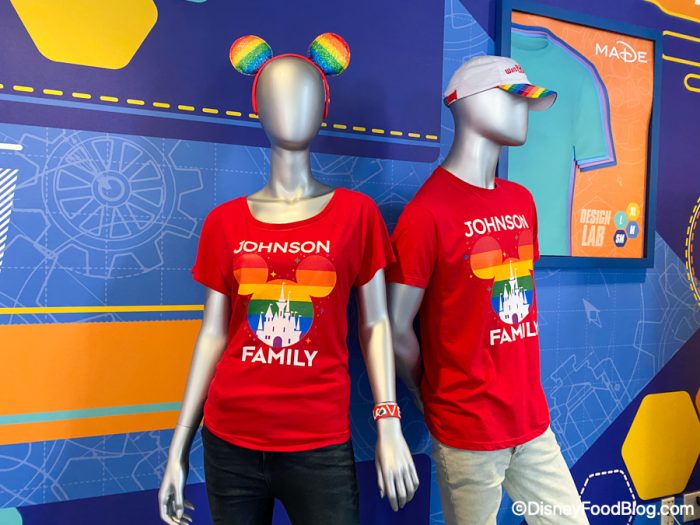 Match With the Whole Fam!

You can Pride Month snacks, check out some Disney phone wallpapers, and even grab some of Disney’s 2021 rainbow collection online. But, in a few months, you’ll be able to celebrate pride with the return of a special event at Disneyland.

END_OF_DOCUMENT_TOKEN_TO_BE_REPLACED

It seems like there’s always something special happening at Disney World!

But even though some three-day weekends and holidays tend to bring heavier crowds to Disney World, you really need to know about these more unique events if you’re trying to avoid lots of people!

END_OF_DOCUMENT_TOKEN_TO_BE_REPLACED

Limited-time rainbow treats are out in full force at the Disneyland Resort this weekend! Celebrating Gay Days, an assortment of merchandise and snacks items are available for guests to enjoy, inspired by Disney’s “Love Comes in Every Color” initiative. We tried the Rainbow Bread Pudding at Pacific Wharf Cafe, so next, naturally, we had to grab a treat that comes in each and every color of the rainbow!

END_OF_DOCUMENT_TOKEN_TO_BE_REPLACED

There are a variety of limited-time treats to snack on at Disneyland Resort this weekend in celebration of Gay Days. And with the slogan “Love Comes in Every Color“, Disney pulled out all the stops to deliver some seriously colorful creations! We’re always game for a new specialty bread pudding over at Pacific Wharf Cafe in Disney California Adventure. They knocked it out the park with their recent cherry cheesecake bread pudding and lemon blueberry bread pudding, and now we’re pumped to try their new Rainbow Bread Pudding!

END_OF_DOCUMENT_TOKEN_TO_BE_REPLACED

Looking to “taste the rainbow?” Well, you’ll be able to do just that with limited-time rainbow treats coming to Disneyland Resort THIS weekend. We’re so excited that the Love Comes in Every Color collection will be back in action even if it’s only for a few days!

END_OF_DOCUMENT_TOKEN_TO_BE_REPLACED

Welcome back! We’re here with another update of What’s New in Disney’s Hollywood Studios! We’ve got lots of spooky merch and sweet food updates for ya, so let’s hop right on in!
END_OF_DOCUMENT_TOKEN_TO_BE_REPLACED

A few rainbow treats have been released this week in celebration of Gay Days! We’ve reviewed the ones that have already hit the scene, like the Rainbow Pride Cupcake from Port Orleans Resort — French Quarter, the Rainbow Cupcake from Disney’s Hollywood Studios, and the Strawberry Dole Whip Cone from the Polynesian Village Resort. But, now Disney World has announced another magical treat — the Rainbow Unicorn Cupcake.

END_OF_DOCUMENT_TOKEN_TO_BE_REPLACED

Gay Days are on their way back to Disney World and a few locations have released bright and colorful treats to celebrate!