UPDATE: Later in the afternoon, the Greece booth opened. We were able to stop by around 5PM. We’ll be sharing our full thoughts soon! Click here to see all of our Food & Wine Festival booth reviews.

The day has finally arrived: the 2022 EPCOT Food and Wine Festival is here! 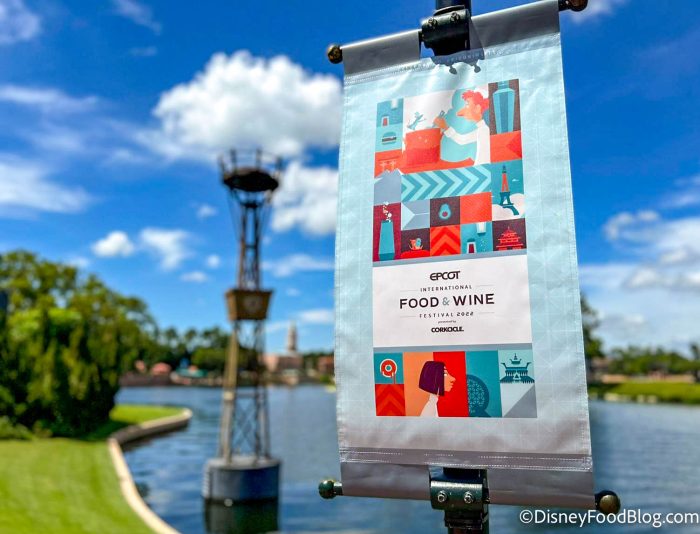 The Food & Wine Festival is here!

We’ve brought you the menus for the booths, information about the updated cheese crawl, Emile’s Fromage Montage, and now it’s finally time to start EATING! We headed to EPCOT today to start eating our way around the festival, but we hit a roadblock when we got to one booth.

END_OF_DOCUMENT_TOKEN_TO_BE_REPLACED 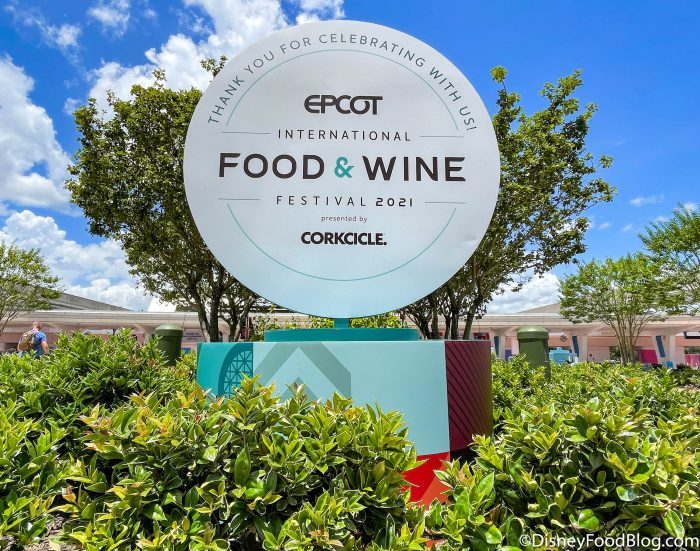 The start to the 2022 EPCOT Food & Wine Festival is only a couple of days away, so we’re gearing up for the big event by packing our park bags, studying the menus, and finalizing our game plan. There are a lot of new eats at this year’s festival, not to mention returning favorites! Let’s find out which snacks and drinks people are MOST looking forward to eating this year. END_OF_DOCUMENT_TOKEN_TO_BE_REPLACED

We’re checking out ALL the eats at the 2021 EPCOT Food & Wine Festival! 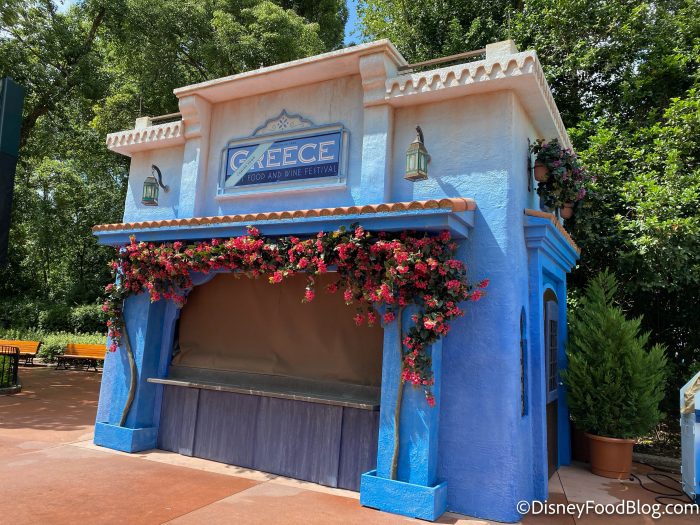 We’ve been tasting our way around allll of the festival booths to see which items will make our Best of the Fest list this year. Our next stop takes us to Greece, so put on your stretchy pants and join us as we check out EVERYTHING this booth has to offer!

END_OF_DOCUMENT_TOKEN_TO_BE_REPLACED

We love an EPCOT festival. And can you blame us?

This morning the dates were announced for the 2021 EPCOT International Food and Wine Festival and we couldn’t be more excited to get eating on July 15th! We might not know EVERYTHING we’ll be eating yet, but we do know a few booths we’ll get to visit!

END_OF_DOCUMENT_TOKEN_TO_BE_REPLACED

Hooray! We’ve got a few more menu updates to share about the booths at the 2014 Epcot Food and Wine Festival!

For a record 53 days, this year’s Food and Wine Festival begins September 19th. And we have another returning booth confirmed — Greece!

In addition to the menu items already on our list for the 2014 festival, let’s take a look at a few more NEW menu items!

The Puerto Rico booth returns after a year-long hiatus, and we can look forward to Sweet Corn Sorullitos with Mayo Ketchup and a Sangriiia Cocktail! (Nope, I totally didn’t spell that wrong.) The Greece Booth returns yet again in END_OF_DOCUMENT_TOKEN_TO_BE_REPLACED It has a bit of a kick, but it’s END_OF_DOCUMENT_TOKEN_TO_BE_REPLACED The Escargots Persillade en Brioche have been a END_OF_DOCUMENT_TOKEN_TO_BE_REPLACED

As always, if you want to see full coverage of each booth, check out our Epcot Food and Wine Festival Booth Pages! Click on any booth or country name for detailed information, menus, photos, and prices.

Italy
Italy introduced a new item this year that was just wonderful — the Cappellini con Gamberi Piccanti, or, pasta with spicy shrimp and garlic! It was gorgeous!

I loved the angel hair pasta, which caught the sauce beautifully. The spicy shrimp gave some great flavor to the dish as well. We’re still eating our way around the 2010 Epcot Food and Wine Festival! Here are a few of the items we got a chance to scarf down yesterday. By the way, if you want to see full coverage of each booth — including food pictures, menus, and pricing — check out our Epcot Food and Wine Festival Booth Pages! Just click on any booth name for detailed information — they’re being updated daily.

Canada
Once again, Canada is one of the strongest booths at the festival! With a strategy of taking the best items from the Le Cellier menu and miniaturizing them for the booth, guests get to sample a mini-meal from the restaurant.

One of our favorites was the chicken chipotle sausage with corn polenta; the addition of the peppers makes this a spicy and delicious dish — possibly better than what you get in the restaurant! Also, the sweet Maple glaze on the salmon is wonderful. Of course, one of my favorite items from the booth was the ice wine; my husband didn’t even get to try a drop! And the Nanaimo bar — a new item on the menu this year (and not found in the restaurant) is a decent nod to Canadian favorites. While the Nanaimo bars my mom makes are better, this is a nice, sweet way to end your tour of Canada. You can see more pictures, the full menu, and prices on our Canada Booth Page! More after the jump! END_OF_DOCUMENT_TOKEN_TO_BE_REPLACED

Here we go with another fun Countdown to Food and Wine post! The Epcot Food and Wine Festival will begin in just a couple of days, and I’ve decided to share my excitement by counting down to the Festival with a look at the International Marketplace booths that will be located around the World Showcase Lagoon!

For those who haven’t had the chance to go to the Festival, one of my favorite parts are the dozens of International Marketplaces — little booths, or kiosks, set up that represent a specific country or region. Each booth offers a short menu of tasting plates and drinks from the country or region represented. These tasting items cost anywhere from $2-$7, so they’re a great way to enjoy the Festival without breaking the bank.

Today, I’m going to highlight the representative menus from Belgium, Germany, and Greece!

Don’t Forget!
Those with the Disney Dining Plan can use snack credits to purchase many of the items in the World Showcase booths! Just look for the DDP logos to see what’s available. This year, Belgium is a brand new addition to the World Showcase Promenade! Exciting options on the menu will include a Belgian waffle, of course, and mussels! Here’s the full menu for Belgium:

I can’t wait to try that delicious waffle!

The Belgium booth will be located END_OF_DOCUMENT_TOKEN_TO_BE_REPLACED