Disneyland has officially reopened! Although we really enjoyed being back, we’re already looking forward to the next big thing coming out of the resort. 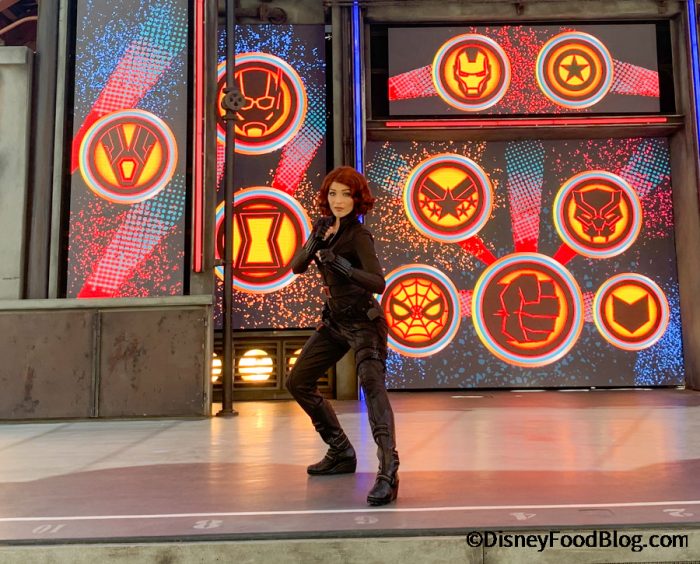 And that next thing is Avengers Campus at Disney California Adventure! It feels like we’ve been waiting forever for it to open, but now we know it’s opening NEXT MONTH! Needless to say, as Marvel fans, WE ARE READY! And Disney just released some new photos and details of Avengers Campus that have us even more excited!

The main entrance to Avengers Campus is across from WEB (Worldwide Engineering Brigade), but guests can also access it via a back entrance just outside Guardians of the Galaxy — Mission BREAKOUT! And there is some blue oozing substance all over the road in front of it. Apparently, the placement of the Collector’s Fortress caused a “cosmic disruption to ooze from the ground below.” 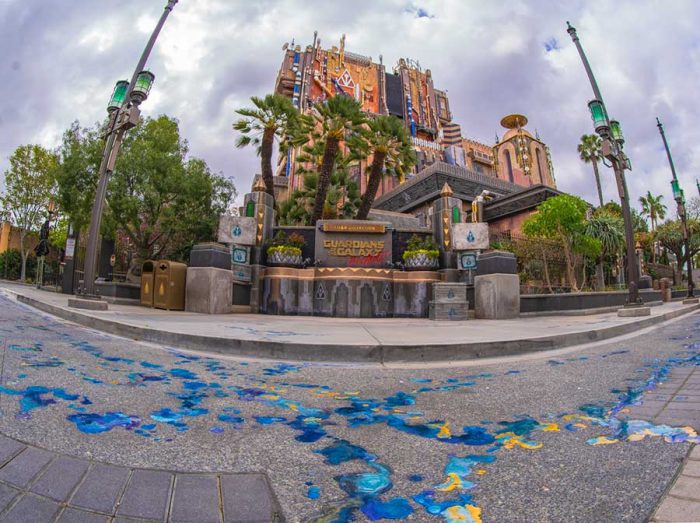 The Collector has also set up a food cart called Terran Treats where the “Sweet Spiral Ration Churros will feature unique and unexpected flavors.” Um… you had us at churros! Although please don’t put any of that weird oozing stuff on them, okay? 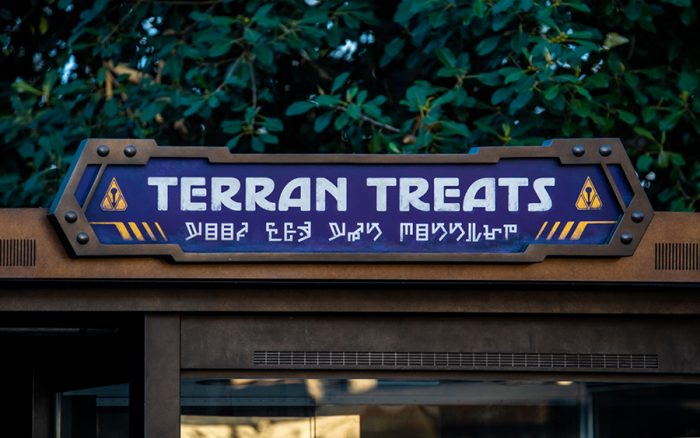 There’s also the Pym Test Kitchen, which will feature Impossible foods. The idea is that this is a food science lab where Pym Particles are used to create “inventive-sized foods.” This includes pretzels that grow and shrink as they pass through a quantum tunnel. And seriously, that sounds AWESOME! Also, this applies to beverages and condiments here, too! 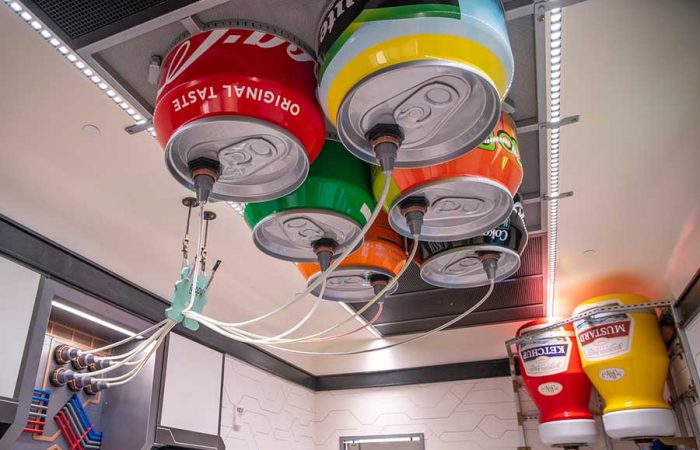 The heart of the area is Avengers Headquarters, which is pretty easy to spot. This is where you’ll catch glimpses of the Avengers doing their thing. And yes, that’s a Quinjet on top of the roof. 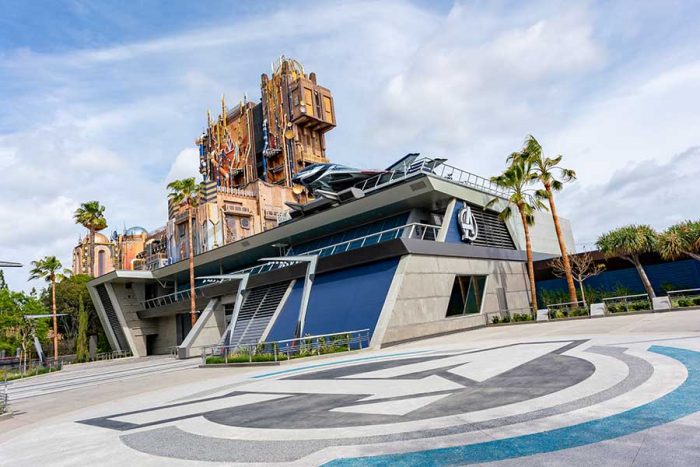 We wonder who’s going to come out of this door? 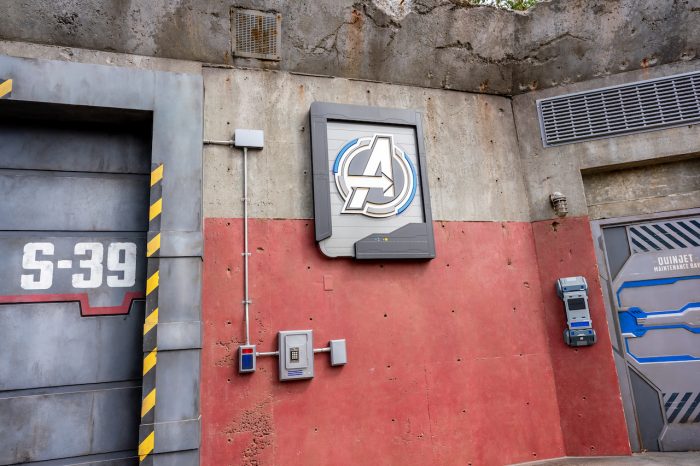 Nearby — in another dimension — is the Ancient Sanctum, sitting among overgrown ruins. Yeah, this is totally the realm of Doctor Strange! Here you can meet him and learn “mysterious secrets.” This photo shows the Orb of Cagliostro that will light-up at night with magical energy! 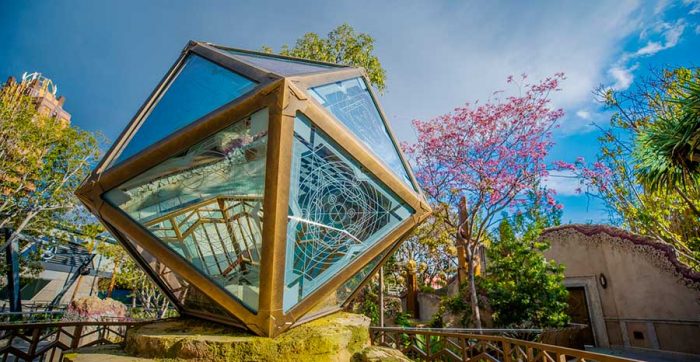 In front of the land is where Tony Stark’s father built Stark Motors, which Tony later converted into WEB. You might see inventive minds like Peter Parker here, working on inventing new technologies. 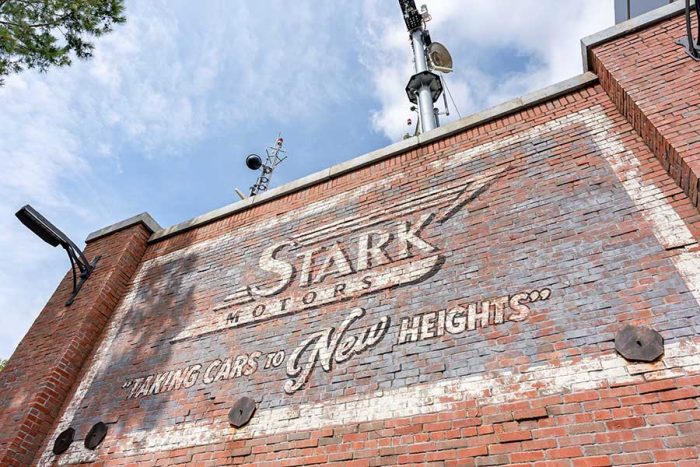 Outside the former Stark Motors factory building are colorful graffiti murals created by some of the other young minds drawn to this site. 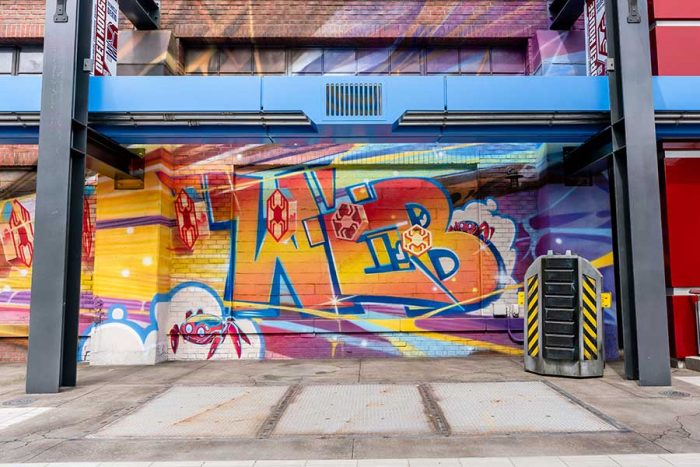 Interestingly enough, Disney didn’t share any additional details about WEB Slingers: A Spider-Man Adventure, the Spider-Man-themed ride coming to the land. But everything we’ve seen so far makes us SO READY for Avengers Campus to open next month! And we’ll be there to share that day with you!

Here’s EVERYTHING We Know About Disneyland’s Avengers Campus So Far!